Seychelles; why you should fish Farquhar Atoll in 2017

Home | Fish Tails Blog | Seychelles; why you should fish Farquhar Atoll in 2017

The Farquhar guide team have been frothing at the mouth to step back onto the atoll after an extended break. The devastation left by Cyclone Fantala in April 2016 meant they had to suspend operations on the atoll. Given the remoteness of the location, rebuilding the infrastructure on Farquhar was always going to be a big task. The good news is that progress is looking really good and we will be back up and running in October this year. With the repairs and refurbishment to the guesthouse well underway, we were thrilled to schedule a short three week season late in 2016 onboard M/V Maya’s Dugong, to reassess the state of the fishery. We are happy to report that it lived up to all expectations, the fishing experienced highlighting exactly why this atoll is so highly thought of in world angling circles. 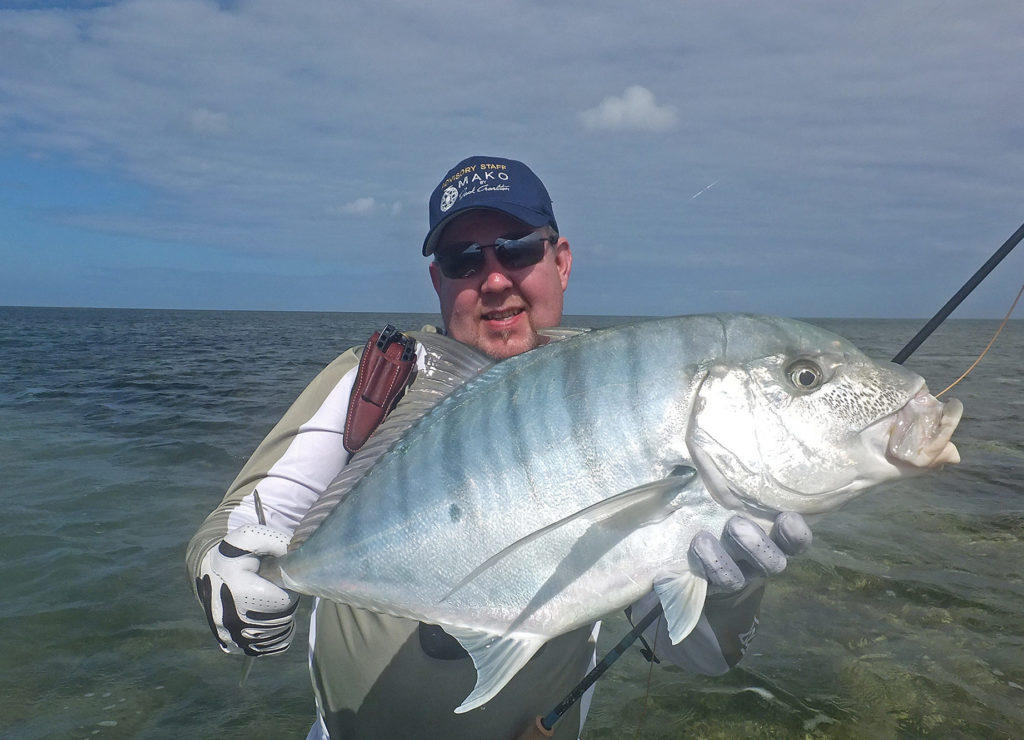 The guide team had been frothing at the mouth to step back onto Farquhar Atoll after an extended break! The devastation left by Cyclone Fantala in April 2016 meant we had to halt operations on the atoll with immediate effect. Given the remoteness of the location rebuilding the infrastructure on the atoll is a mammoth task, so much so the guesthouse will only be operational as of October 2017. This means that for a period of almost 18 months there would have been very little fishing presume on the atoll…and we are happy to say that the “little” pressure that it did receive came from some very fortunate guests! So with the refurbishment to the guesthouse and other key infrastructure well underway, we were thrilled to still have opportunity to fish our favourite atoll, albeit off M/V Maya’s Dugong. We had scheduled a short 3 week season late in 2016 to reassess the state of the fishery and we are happy to report that it lived up to all expectations! 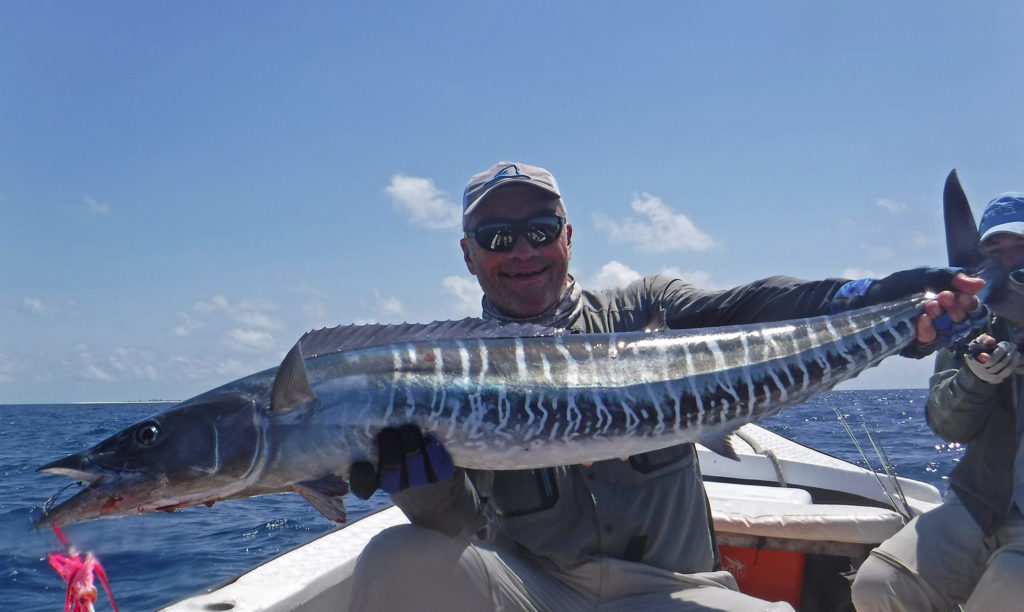 Weather: Weather wise it was business as usual for this time of the year, at least for the first two weeks with a fairly light South-Easterly wind blowing across the atoll and lagoon for much of our stay. Conditions were subsequently very pleasant, the odd short rain burst helping to cool us and keep the lagoon water temperature down and allow for productive pushing tide sessions. Our third week was unusually calm with almost no wind or current for 3 days. This made the GT fishing pretty tricky on the final week, however the atoll’s diversity once again shone through and provided some exceptional angling for the other notorious species. 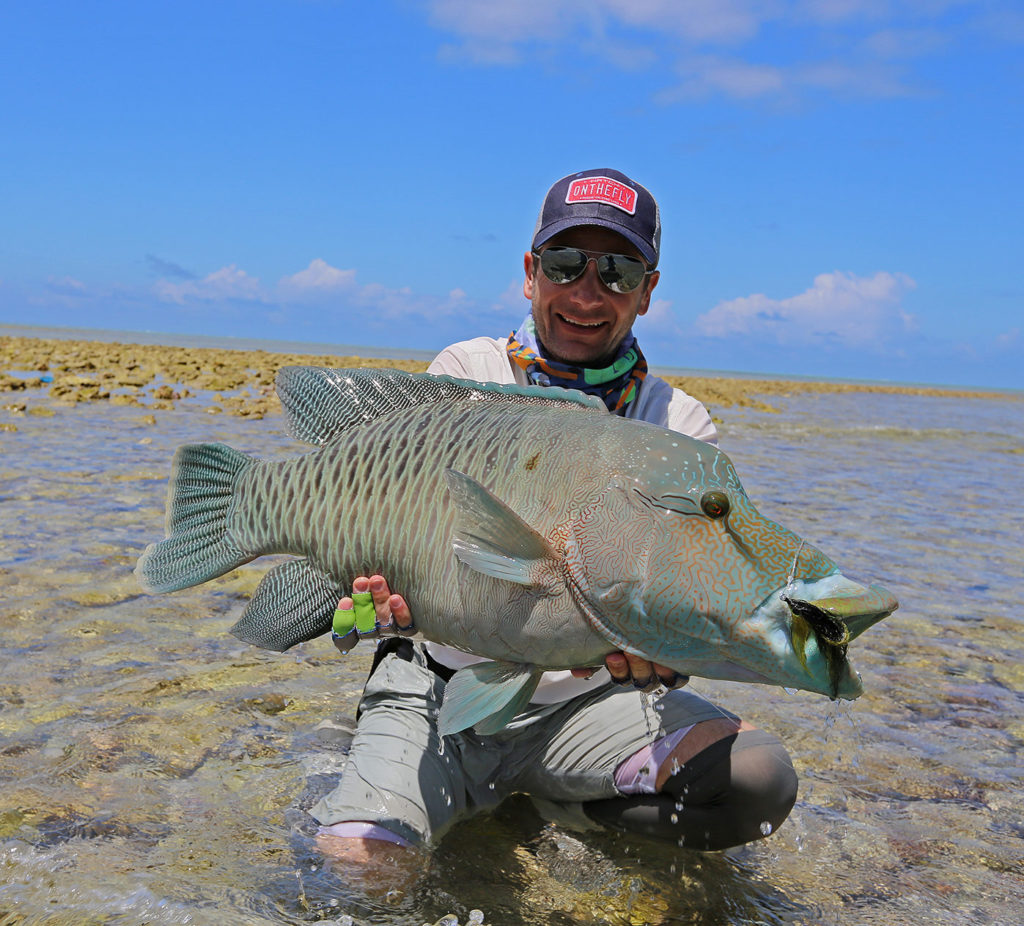 Bonefish: Cyclone Fantala has pushed large amounts of sand into certain areas inside the lagoon as well as on some of the outer reef’s flats. This extended habitat produced some great Bonefishing for our guests, most notably on the outside reef flats. The same conditions are also evident on the South Island’s inner flats. So much so that for the first time since I started guiding on Farquhar, we guided guests into a large number of Bonefish schools on the North to South East reefs. Most of the fish averaged between 2-3lbs which indicates there will be some very good Bonefishing on the atoll in the next few seasons as these fish grow larger on their newly productive grounds. 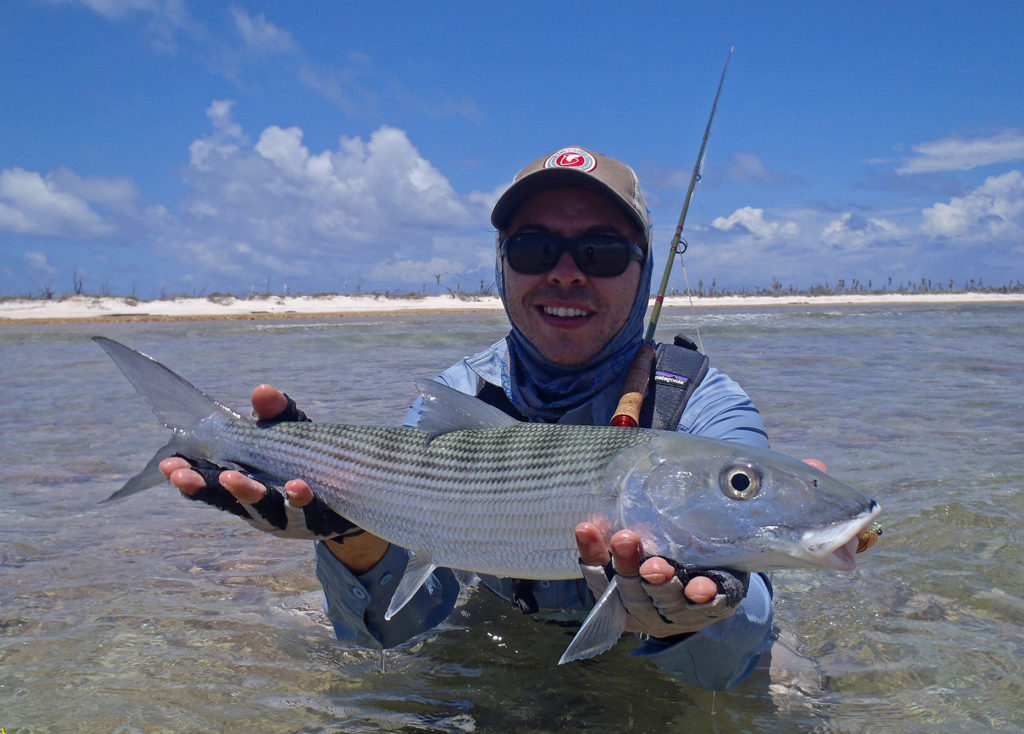 GTs: We were certainly pleased to find our beloved GT fishery alive and well back to normal after Fantala. All the usual areas were producing the goods with a few new ambush points adding to our excitement. We also witnessed a tremendous amount of baitfish on the flats this season, the juvenile Big Eye Trevally in particular being present in massive numbers. These shoals of bait attracted large numbers of GT’s during certain periods and watching these GT’s and large Bluefin Trevally tearing into the hapless bait was a sight we will never forget. To give you an idea of some of the special GT fishing we encountered, the first fish landed during the short season was a 1.19 meter GT that swam gently at me and my guest! An incredible fish and another reminder that Farquhar’s GT fishery is alive and well. 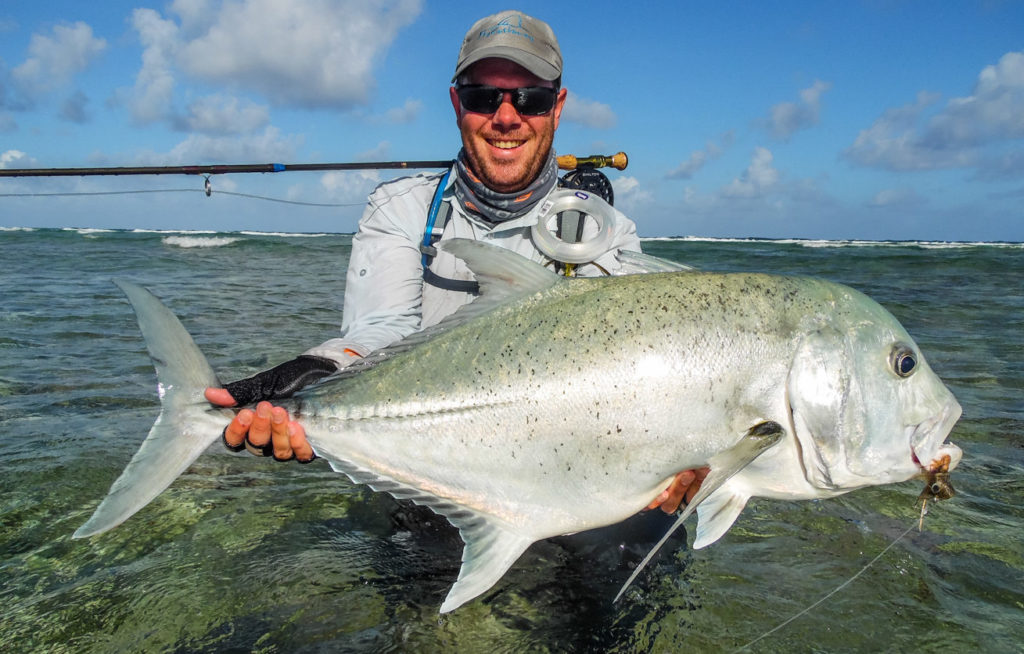 Triggerfish: The reefs, pancakes and some sneaky special spots produced great Triggerfishing during the 3 weeks stint. Some guests hooked into three fish in one session, as such good numbers of our guests landed these toothy creatures provided. There were however some hugely frustrating moments as we experienced large numbers of Blue Spangled or Yellow Lip Emperors on the flats this season. After a careful stalk and approach towards the tailing Trigger an accurate cast was sent out only for the fly to be snapped up by the snappers!

Bumpies: After some amazing Bumpy fishing sessions on Providence, I was anxious to see how the fish on Farquhar were behaving! Knowing their habits well, our guide team put our guests in the right areas during the right tides and showed them why these enormous tailing fish are now well and truly one of the most prized species in the fly fishing fraternity. The fish were around in good numbers and willing to eat the fly when properly presented and as such we hooked our fair share during our short stint. 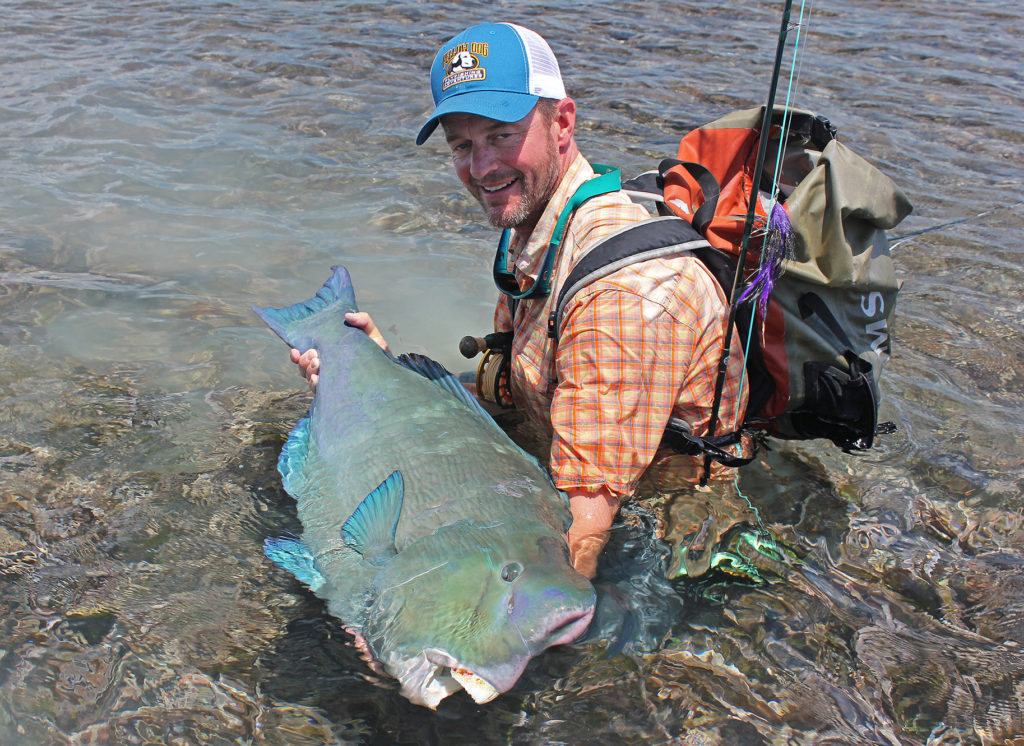 Permit: Although no trophy specimens were landed on Farquhar this season, guests and guides saw some nice 12lb+ fish cruising the usual areas which is a great sign. In addition, large schools of juveniles were seen in areas where previously we have not encountered them before, a good sign for the seasons ahead.

Milkfish: Ideal Milkfishing conditions on Farquhar require flat calm weather for the fish to play their part in a big way. During the final trip we experienced 3 days of these conditions and as such the fish were there and feeding in big numbers. Quite frankly the fishing was mental in the southern part of the lagoon, so much so we were given the opportunity to fish for them for up to 4 hours at time. We hooked more than 10 fish during the three days…special fishing that’s for sure! 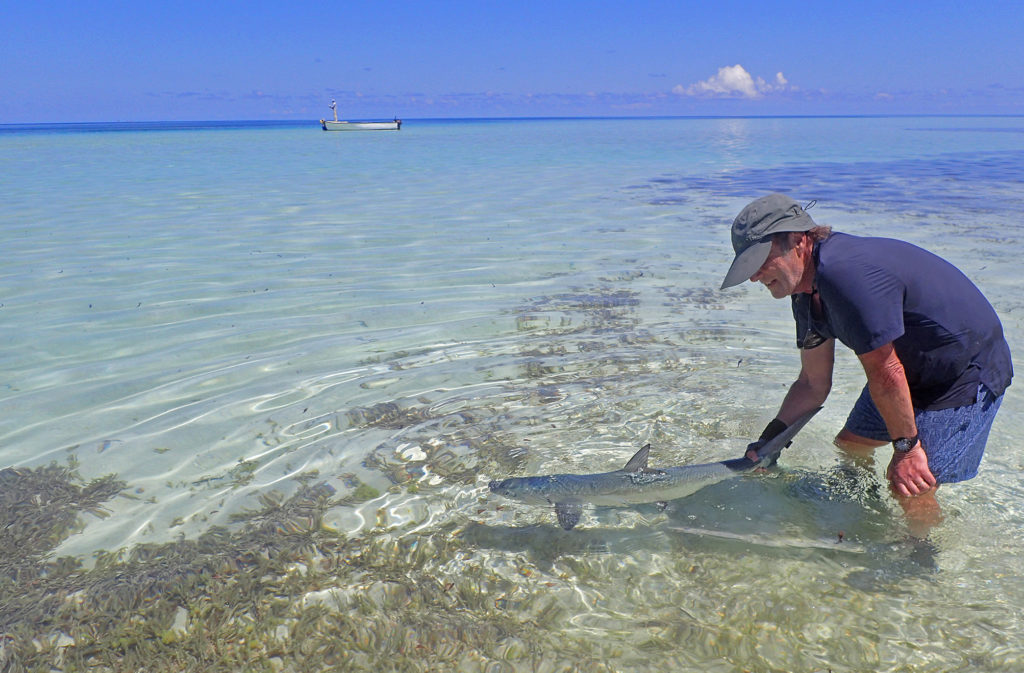 Bluewater: With the option of looking for Billfish at no extra cost to our guests, we headed offshore during the high water periods and experienced some amazing Sailfishing. We even lost a Striped Marlin and landed two juvenile Black Marlin. Farquhar’s billfish fishery is certainly an untapped resource and provides our guests with one of the most complete saltwater fishing experiences on the planet. One minute they were targeting Bonefish and Triggerfish in ankle deep water, the next a lit up Sailfish grey-hounded across the deep blue. 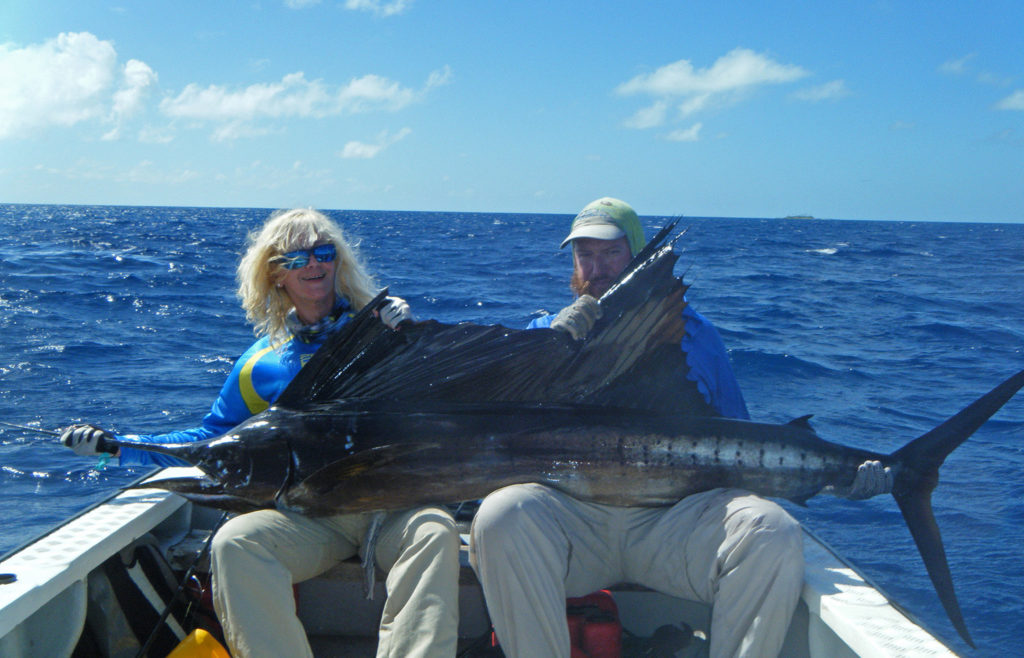 Undoubtedly many people have been waiting to hear how the actual atoll is recovering after Cyclone Fantala. The truth is the vegetation will take some time to regain it’s lushness. Impressively though, the work done by the IDC and its staff to rebuild and tidy things up has been impressive to witness. Also, the bird life seems to be as healthy as ever, the Red Footed Booby as well as the Masked Booby were in full nesting mode, their numbers (judging by the eye) seemingly the same as previous seasons. The Terns also appear to be in the same numbers as per previous seasons. All this indicates the ecosystem in which the GTs, Bumpies, Triggers and other species that we all love, is in good shape and we can look forward to some very exciting fishing on the atoll for years to come. 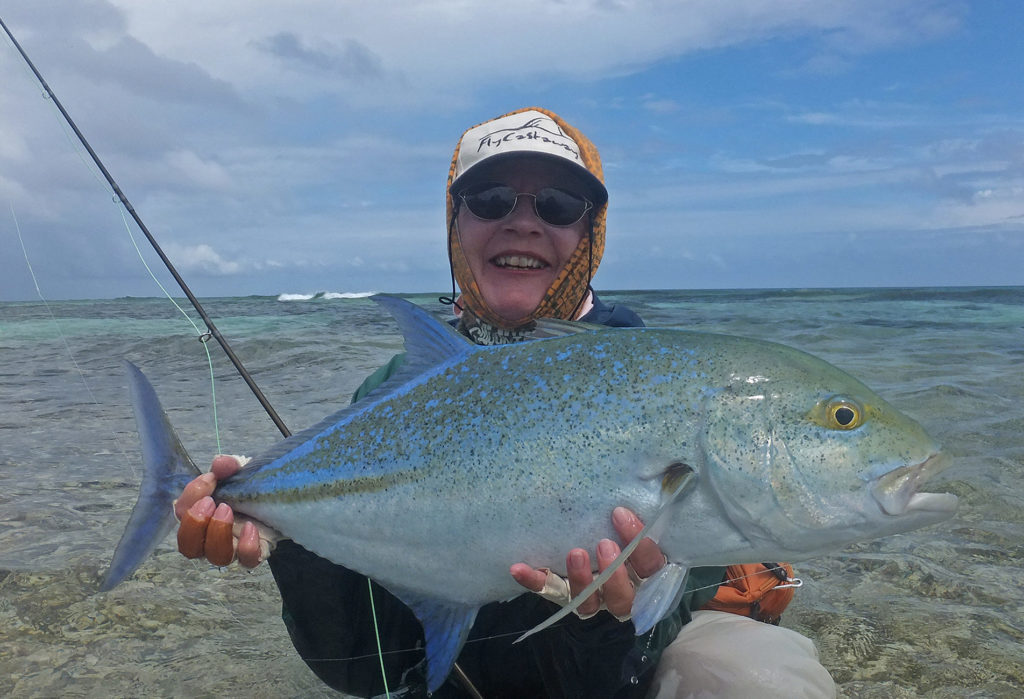 If ever you have had some desire to fish Farquhar then we highly recommend you doing so during the 2017-2018 season. The extended rest to the fishery is unparalleled in modern day fisheries and is sure to have positive impact on the resource. We have high expectations for when we resume our land-based operation in October 2017 and why wouldn’t we if you look below at some the special fish landed during this past 3 week stint.

Hope to see you out there. Please contact Charlotte Chilcott or Peter McLeod. Alternatively call the office on to +44(0)1980 847389 for more details or to discuss options. 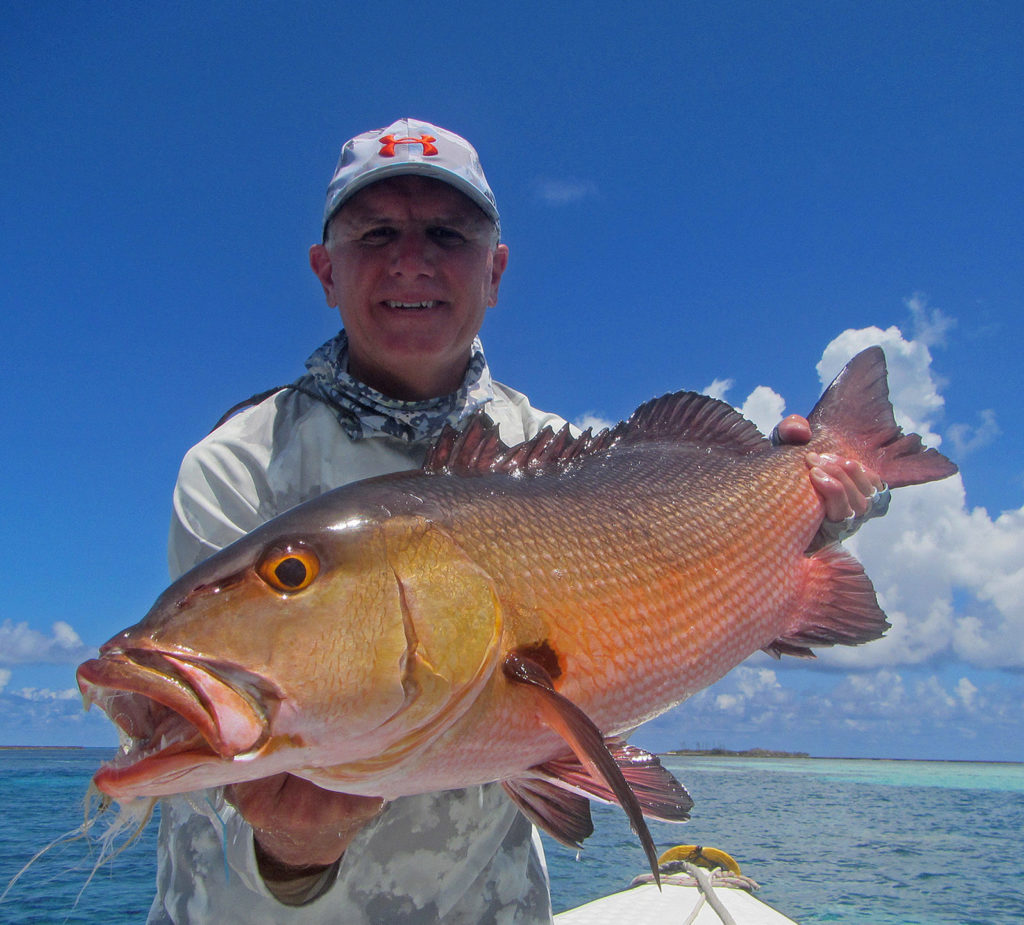 If you’ve ever wanted to fish Farquhar then we highly recommend you doing so during the 2017-2018 season. The atoll will have seen almost no angling pressure for over 18 months, concept unparalleled in modern day fisheries. We currently have the following openings during the 2017/18 season which will be run out of the new guesthouse: