We have bittersweet news from Iceland this week as the fabulous fishing has been overshadowed somewhat by the sad news of a massive landslide on the Hitara River on the west coast. The huge landslide on the Fagraskógarfjall Mountain in Hítardalur took place on early on Saturday morning and dumped a massive amount of mud and rock into the middle section above the lodge. 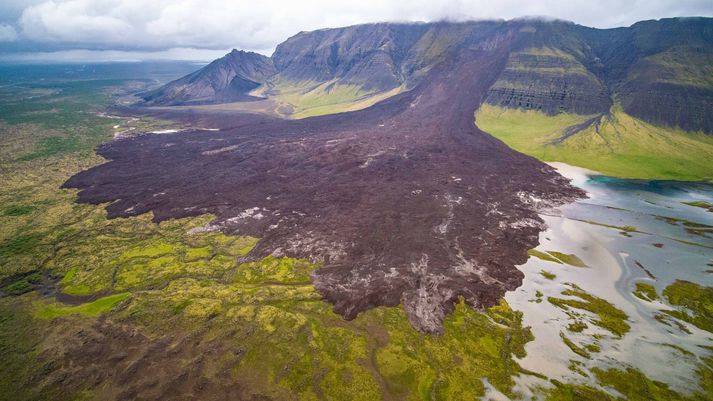 It has resulted in flooding of the upper river and we wait to see what the eventual impact will be. The landslide is reported to be a direct result of the huge amount of rain we have seen over the last few months.  On the positive side it has already cut around the landslide and has re-joined below so water levels have remained normal. 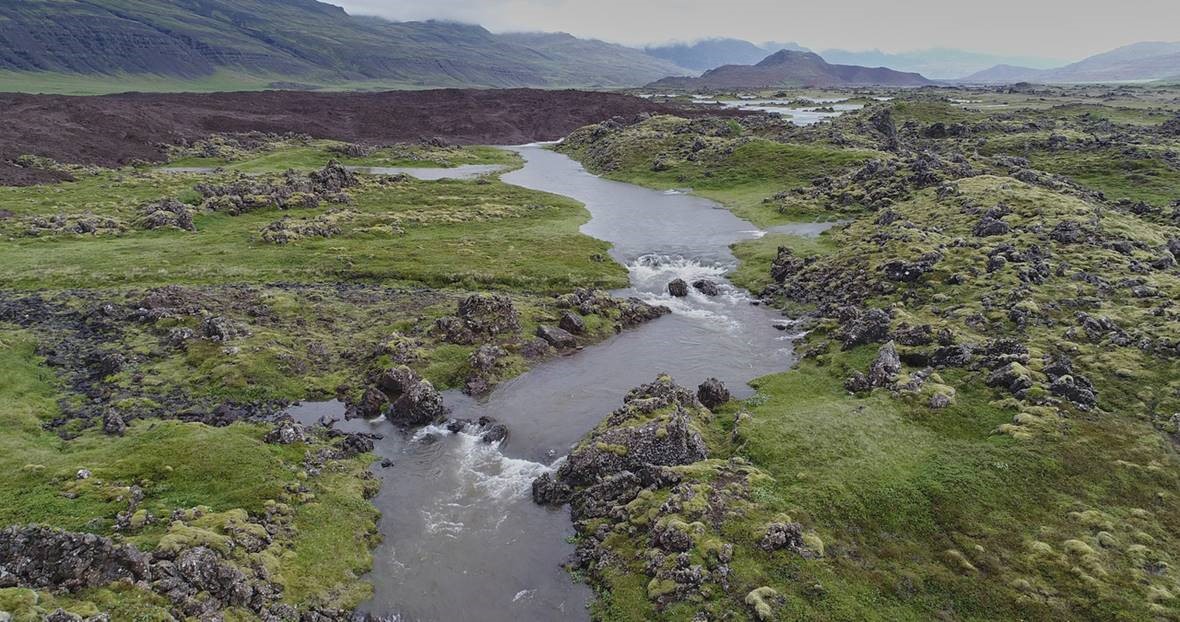 The group just leaving landed 30 fish on the lower section. It is continuing to rain across the country but nearly all rivers are reporting building numbers and great catch statistics. Temperatures are still low, with air temperature fluctuation between 6 – 8 degrees centigrade during the day. 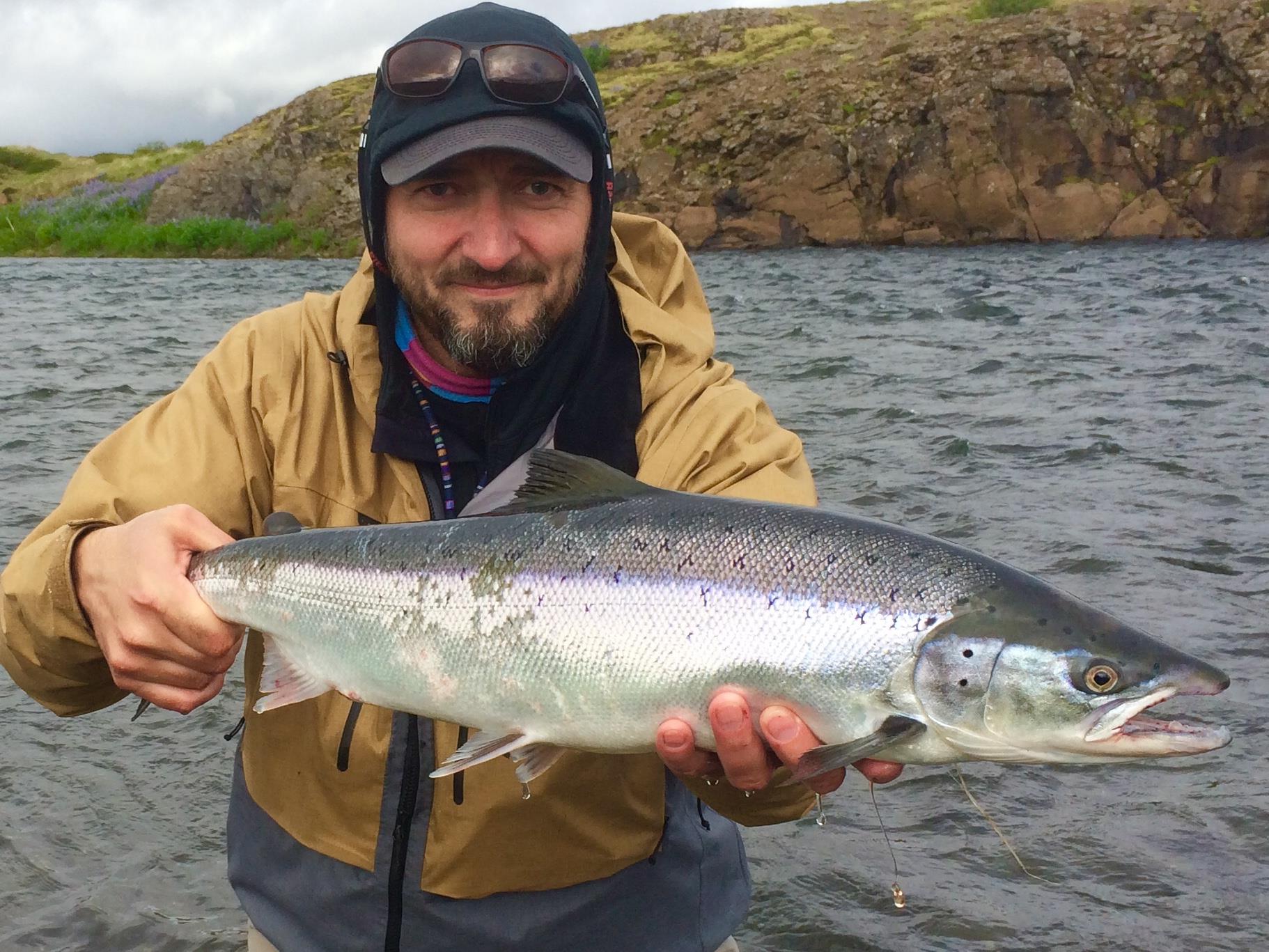 The Langa has been fishing very well despite difficult conditions from June 25 with the consistent rain causing the river to rise by several meters. Although high the river is running clear and looking in excellent condition. Each session is producing better numbers. Fish have been stacking up in lower Hvidstaðahyl, and it is nice to see pools like Svörtubakki, Háhólskvörn and Tunnustreng full of fish. Breiðan has been a real hotspot packed with salmon. The group that just finished had 37 salmon in a day despite cold rain. Many fish are being lost with a current ratio of three to one that says a little bit about what’s happening with salmon in the river. Just recently conditions have improved and it is clear and warm. When the river eventually warms up to 12-13 degrees we will hopefully see a spike in the statistics as the main runs build. The river has reached a total of 256 salmon.

Laxa I Kjos has also had a fantastic week last week landing with the last three days producing 85 salmon. The better conditions have helped and the water levels have dropped a little and the real news is that there seem to be a much large percentage of bigger fish in the river this year. The image above is of Big Skuli holding a mint fresh salmon from the canyon, so these larger fish are pushing up the river system despite the high water.

On Straumfjardara our four rods landed 20 fish in three days with the largest being 81cm. The fish was caught in a massive rainstorm with strong winds that made landing it testing. The river is running high as many of the others, but the group thoroughly enjoyed the well-appointed lodge and the bird life.

The Nordurá is experiencing the same conditions as many of the other west coast rivers although their runs have reached full pace at this point. The last group finished with 119 salmon and so far the river has landed 557 fish at the 4 July. Looking very good for the season with plenty of water. 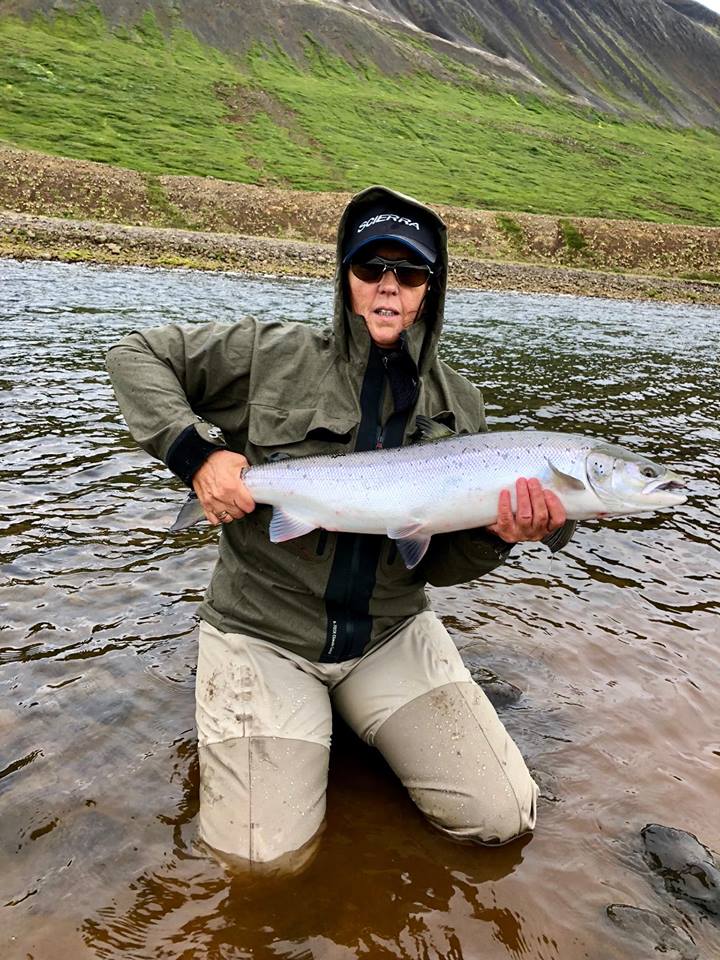 Svalbardsa has opened and is fished with just two rods for the first two weeks. The opening group that started on July 1st had four salmon from 82-92cm. Two rods that started yesterday afternoon had great sport, and landed six salmon on their first session from 75 – 85 cm. All of them came from the middle part of the river. The Svalbardsa is in perfect height, and is almost down to mid-summer levels. Pictures show Agnes with one of the salmon from last night.