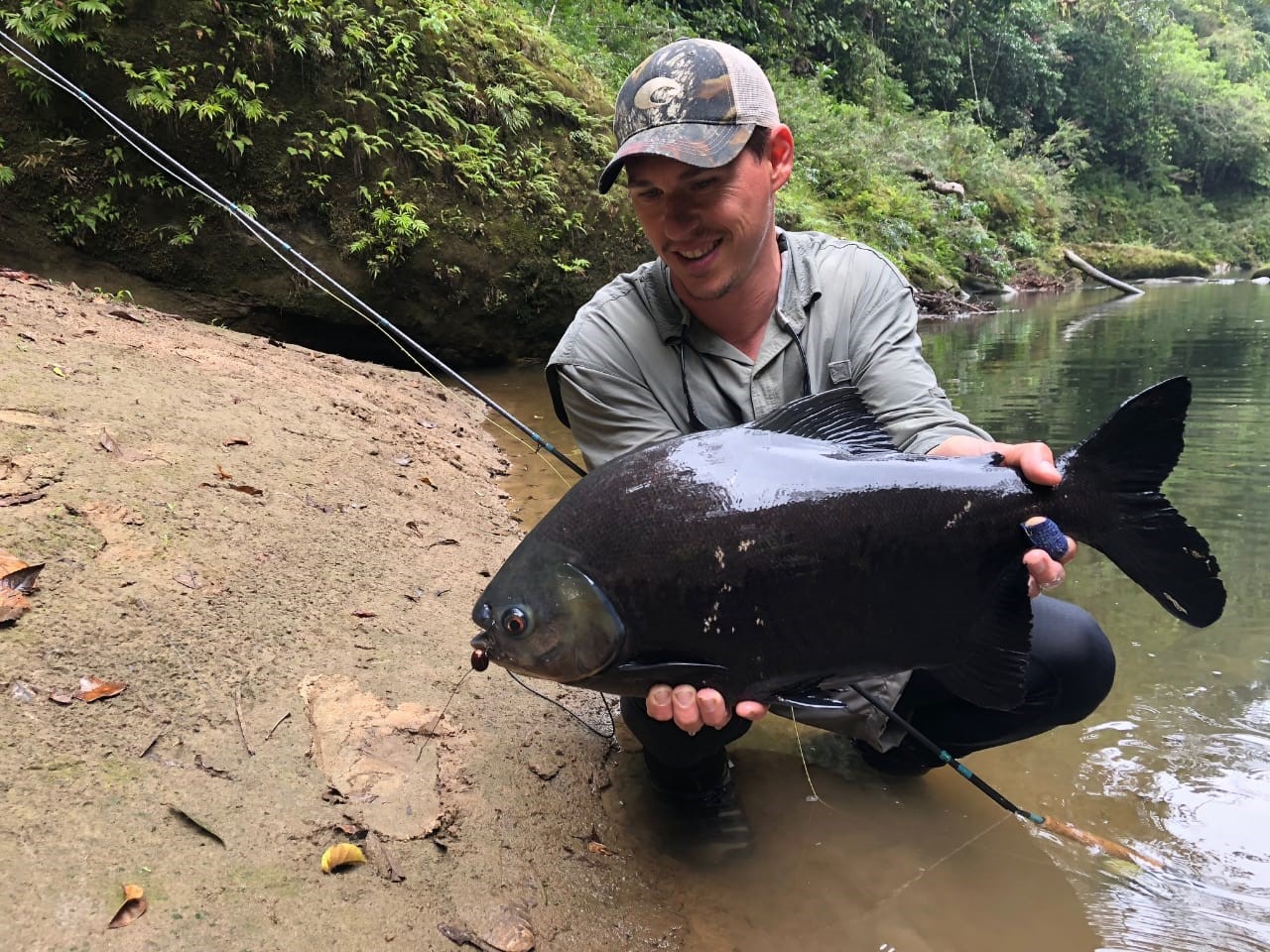 This week the lodge became home to eight friends from Argentina. All of them were experienced anglers with many years of experience chasing dorado with flies, except for Rodolfo, who was a beginner. But after three fly casting lessons in the park, he stood in an idyllic 20-foot-wide creek and caught a 17-pound dorado! Great camaraderie, good vibes, jokes, and lots of laughing summed up the week. But the highlight was when Hernán caught a beautiful 14-pound “sunare” (catfish), the second one this season and an unusual specie on fly. Enrique caught the biggest fish of the week: a 22-pound dorado. Using a fruit imitation, Maxi landed a 13-pound pacu in the Maniquicito, one of the Secure tributaries. Many small and medium dorado were caught this week, which started cold and slow, but as the temperature rose, the fishing improved. 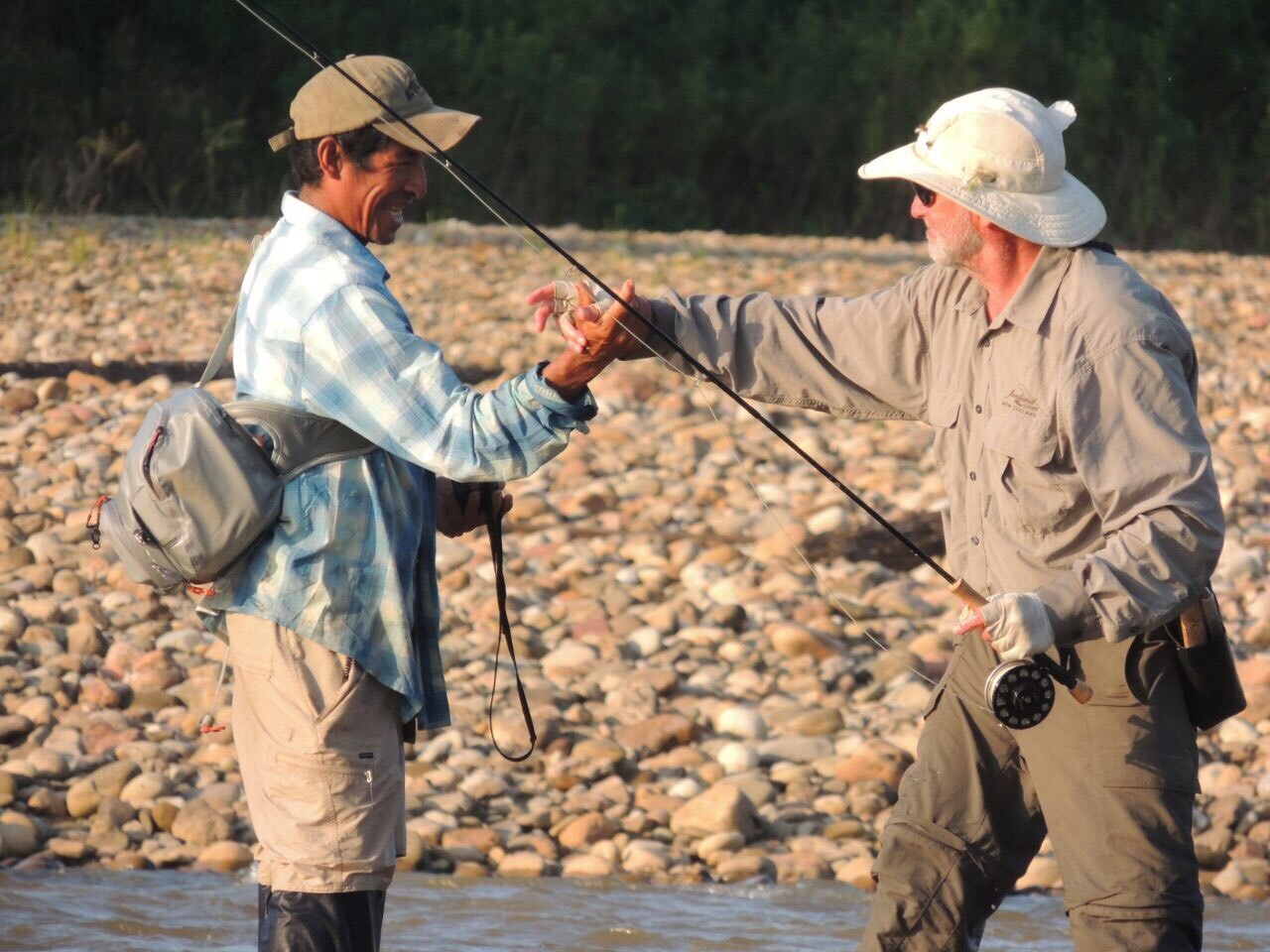 This week we welcomed eight American anglers – Chip, Ron, Jerry, Gus, Lance, Larry, Dan, and Chris – all friends who have made several trips together before.Weather conditions were great until Wednesday, when rain from up in the mountains put some color in the water – but the fishing was still great. Every section of the river gave us an average of 20 fish each day — all between 8 and 15 pounds. The Main Pluma was good as always. Chris landed a 22-pounder, and another one of that size was lost by Chip the first day. There were a lot of 10-pounders, and another monster was hooked, but sadly not landed, by Lance on the third day. On the Lower Pluma and Lower Secure, we connected with about 10 fish that were easily over 20 pounds, but the landing ratio was not very good. However, Dan changed that by landing a 25-pounder on the Lower Secure on the last day. Just like Main Pluma, a lot of 8- to 15-pound fish were caught. On the Itirizama, we had great results, with many fish around 10 pounds, but we were able to fish over there for only three and half days because the rains impacted this water more. 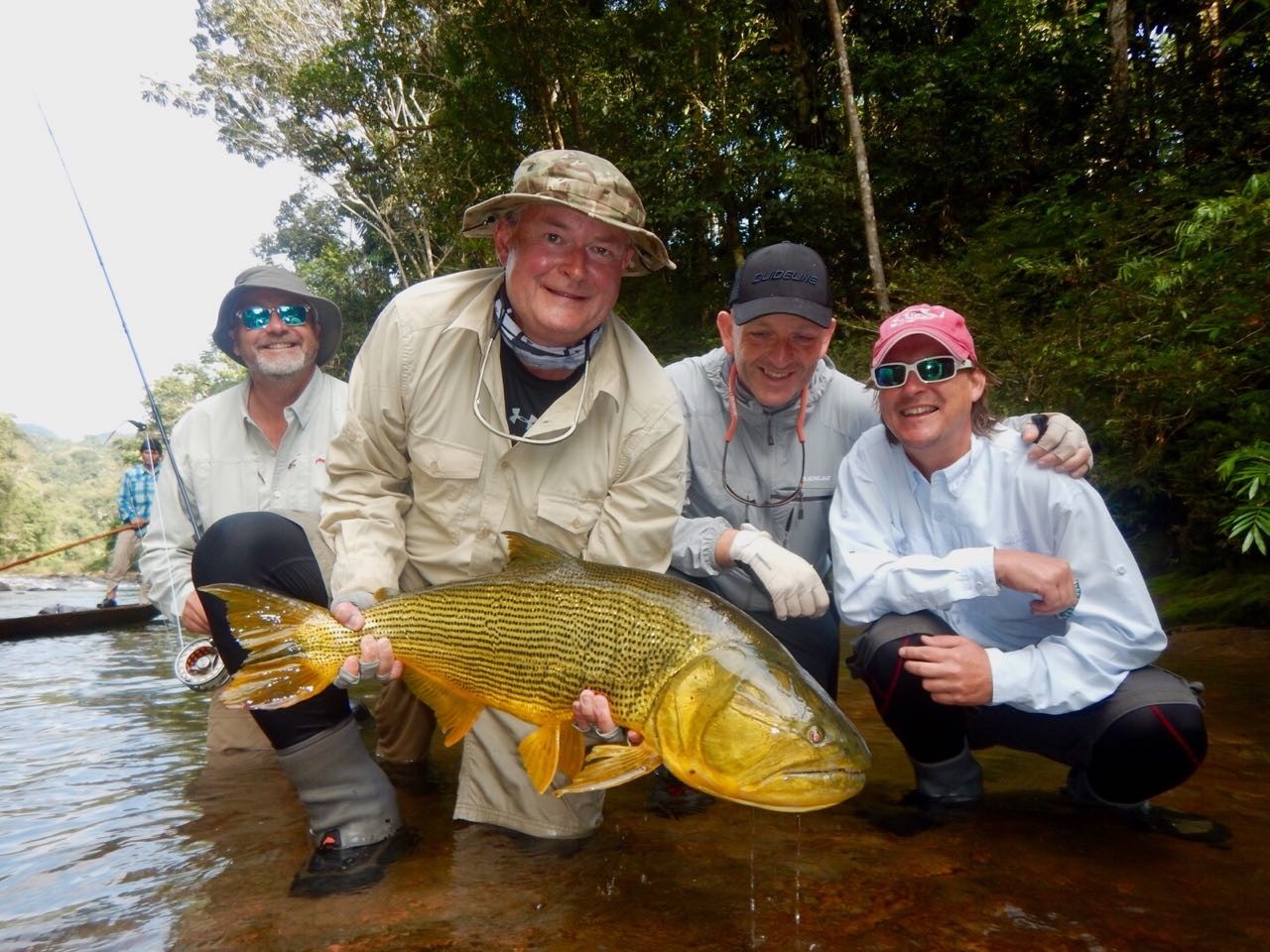 Last week we had the chance to share some really good moments with an amazing group of friends and excellent anglers. Jim, Howard, Nick, Andrew, and Richard have fished together for many years all around the world, but this was their first time visiting the jungle and our Tsimane family. We decided to make one camp – something we normally don’t do because we like to keep groups smaller to keep things quieter and calmer on the water. But it worked out well, even when they had to take turns casting. All of them delivered perfect casts and caught some big fish! They caught some really nice dorado on mouse patterns as well as some very strong yatoranas. The weather was perfect for the whole week, except for a heavy rain mid-week that made the river higher for one day. But otherwise the days were sunny, and the nights were very comfortable for sleeping in the jungle. The Agua Negra was very kind to us and provided ideal conditions for enjoying its beauty. Our guests had a rich jungle fishing experience, catching big dorado in the middle of shallow water. We also enjoyed experiencing the jungle with the local community and learning about how they live in the jungle. The biggest fish of the week was caught by Richard – a beautiful 27-pound dorado on the Upper Agua Negra. We caught over 40 dorado, and more than 20 were between 12 and 20 pounds.