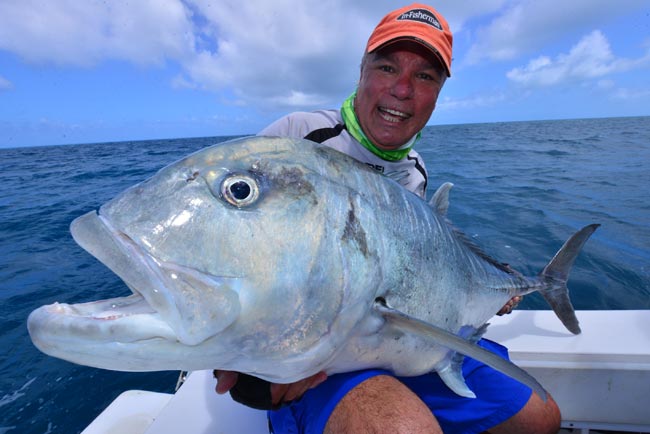 October is always an amazing time in the Coral Sea, and 2015 was no different. The fishing was at times absolutely insane and was very consistent all month even through the smaller tides. The fishing in this area has not changed a bit in the five years we have been visiting, and with the remote location and us still being the only ones to fish the area, this seems likely to remain the same way for a long time, which we think is pretty awesome! We fished the Bligh Reef and Claremont Isles areas with two trips in each area over the month. The four day trip we did at Bligh Reef was particularly successful, allowing guests to access some of the best sportfishing available in a shorter and cheaper trip format. We have one of these trips running again in 2016, and may add another depending on demand.

The Claremont Isles trips we started with produced an incredible variety of action around the inshore islands, with big Queenfish, golden trevally and mackerel around the islands on the lighter gear. One of the highlights of the Claremont Isles this year was the light jigging and lure casting over the shallow inshore reefs. Large Mouth Nannygai, Maori Sea Perch, coral trout and big chinaman fish were providing heaps of fun on the 40 lbs spin gear. Some of the very shallow reef in near the coast produced amazing action when the weather allowed access. 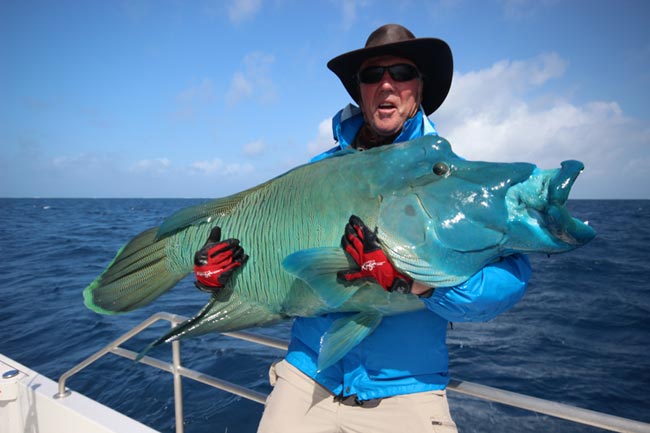 The outer Reef to the East of the Claremont Isles was producing a lot of fish early in October, and the GTs were biting hard on the right tides. There was some 40 kg+ specimens landed casting poppers at the reef edges, mostly on the outgoing tide on the inside edge of the reef. Again, the soft plastic fishing was sensational, with some serious big Maori Wrasse coming from the 30 m drop offs along the channel edges.

The weather in October was typical for North Queensland in spring, with some extended periods of light to no wind, and some extended periods of moderate to fresh wind. The great thing about this area is that even if the wind blows, we just fish the reef shallows on the outside edge of the reef and the fish just love it in the shallows when it is windy. The calmer conditions allowed some exploration of the nearer shore shoals, and we found the bigger GTs hanging on the closer inshore reefs this year, with plenty of 30 kg+ specimens landed, and some monsters hooked and lost. 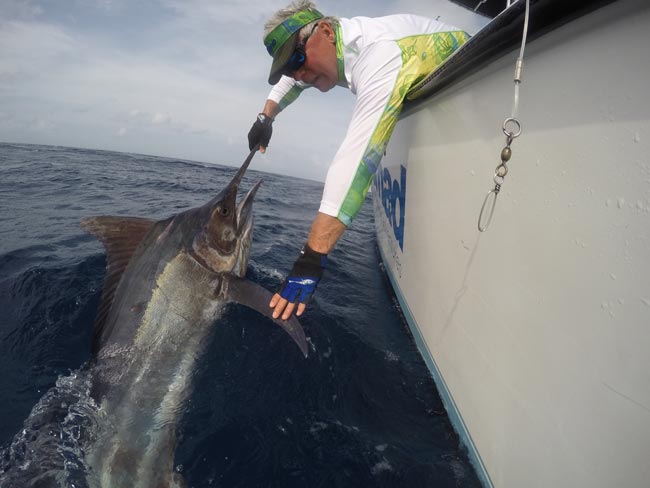 Once we moved further north to Bligh Reef we found similarly good fishing for GTs, Spanish mackerel, yellowfin tuna, wahoo and a few big doggies thrown into the mix. One strange event we found at Bligh this year was a cold current washing onto the shallow outer reef edge, and this seemed to make the fish a little less active on the outside edge of the reef, however, we moved 10 miles inshore and the water temp increased by over 2 degrees Celsius and we found a big load of GTs and other reef dwellers hanging around these middle area reefs. The Reefs around Forbes Island produced some exceptional fishing this year, and with the stunning anchorage and picturesque afternoon BBQ’s on the beach, this location was a real hit with everyone. 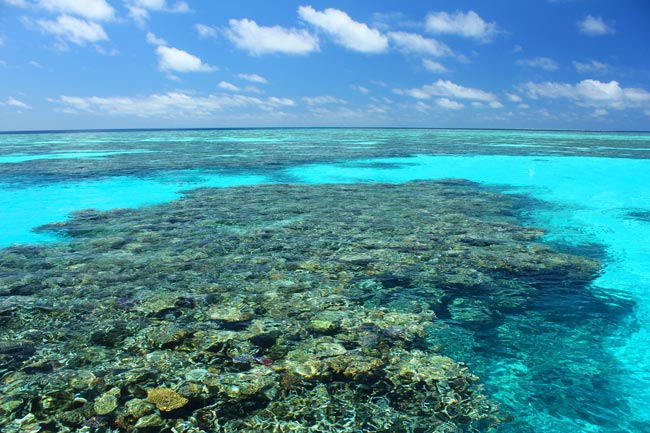 Some of the highlights for me included a 50 kg black marlin landed by George L. trolling a deep diving minnow for doggies. There were a lot of little black marlin around Bligh this year and it never ceases to amaze me the variety of species in the area. The yellowfin tuna were extremely active this year through October and catching 10-20 kg fish on poppers was awesome fun. However I think the highlight was the insane action everyone experienced in the lead up to the full moon at the end of October. The reef just came alive and the fishing was truly insane. It is hard to believe there are so many fish on one section of reef some days.

October 2016 is mostly booked out already, but September and November produce very similar weather and fishing. For more information please do not hesitate to contact us or call our office on +44(0)1980 847389.