Australia is a vast country with over 16,000 miles of coastline, much of which is widely unexplored and has no nearby settlements. Due to this, fish species are able to thrive from various trevally species, two permit species, queenfish through to species rarely found else where such as blue bastards and tuskfish.

With such species variety and un-pressured flats systems it is no wonder that Australia has rapidly growing reputation for international anglers.Whilst conventional fishing is still hugely popular particularly amongst offshore and inshore anglers, there has been a great focus on growing the fly fishing knowledge around the country. There are increasing fly fishing focused operations and areas opening up.

For anglers keen to target Indo-Pacific permit, amongst other species, there are two standout operations to visit on a trip Down Under; the Phoenix One liveaboard in the Wessel Islands, and Exmouth.

The Wessel Islands are one of Australia’s most remote and untouched fly fishing destinations. Nestled at the top of the Northern Territory, the network of coves and clear sandy flats create a fly fisher’s paradise.

The diversity of fish is matched only by the remoteness of the location. The fishery has remained largely untouched and Waterline Charters is the sole operator accessing the pristine island flats via the 115 ft luxury motor yacht, Pheonix One. On the flats it is common for anglers to see two species of Indo-Pacific permit, blue bastards, black spotted tusk fish, various trevally species and more.

Trips are generally taken on a full group basis of up to six anglers, single rod opportunities arise from time to time. 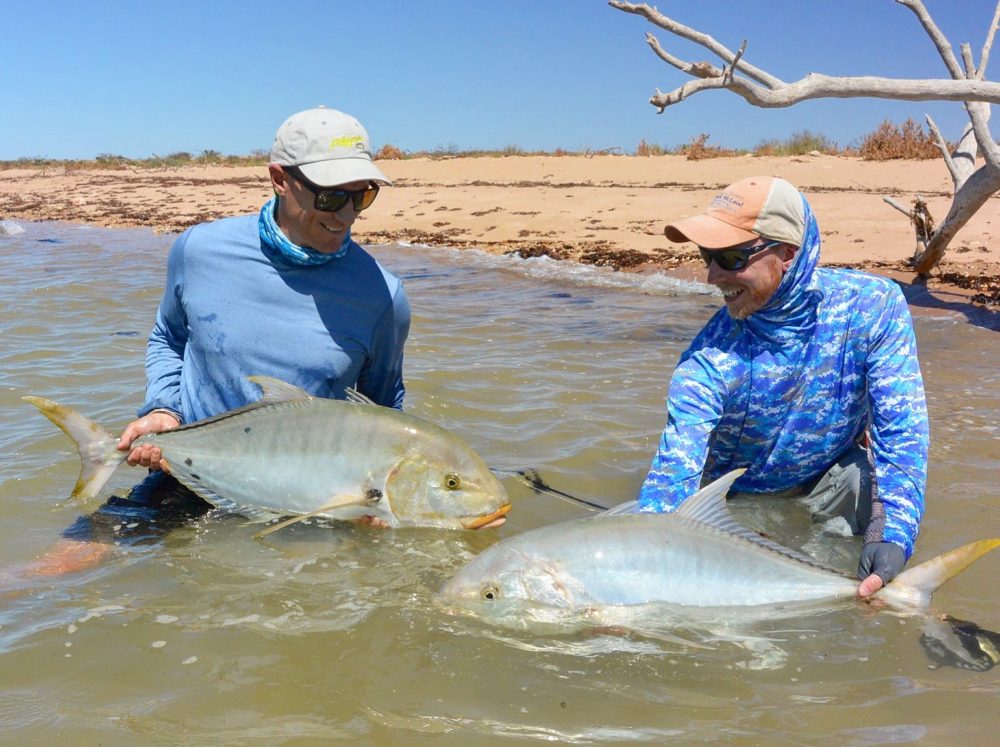 In the remote far north-west of Australia lies a unique small township called Exmouth, located 1300 kms from Perth. The fishery here is hugely diverse. It can be broken down into three principal areas; bluewater, the Ningaloo reef system and the gulf fishery. This unique fishery shares the aggregation of semi-temperate and tropical species of fish. When this is accompanied with the accessibility, the options of angling become somewhat endless.

Several fly fishing specialist guides operate in the area exploring the flats in search of permit, various trevally species, queenfish, big bonefish and more. A range of accommodation are on offer making it a great destination for solo anglers, groups and those travelling with non-fishing families or partners.

If you would like more details on fly fishing in Australia please contact Alex Jardine or call our office on +44(0)1980 847389.