Iceland, rain and salmon… it is proving to be a consistent theme this summer for much of Iceland. We are now seeing all rivers around the country producing good numbers of salmon including a good number of bigger fish. 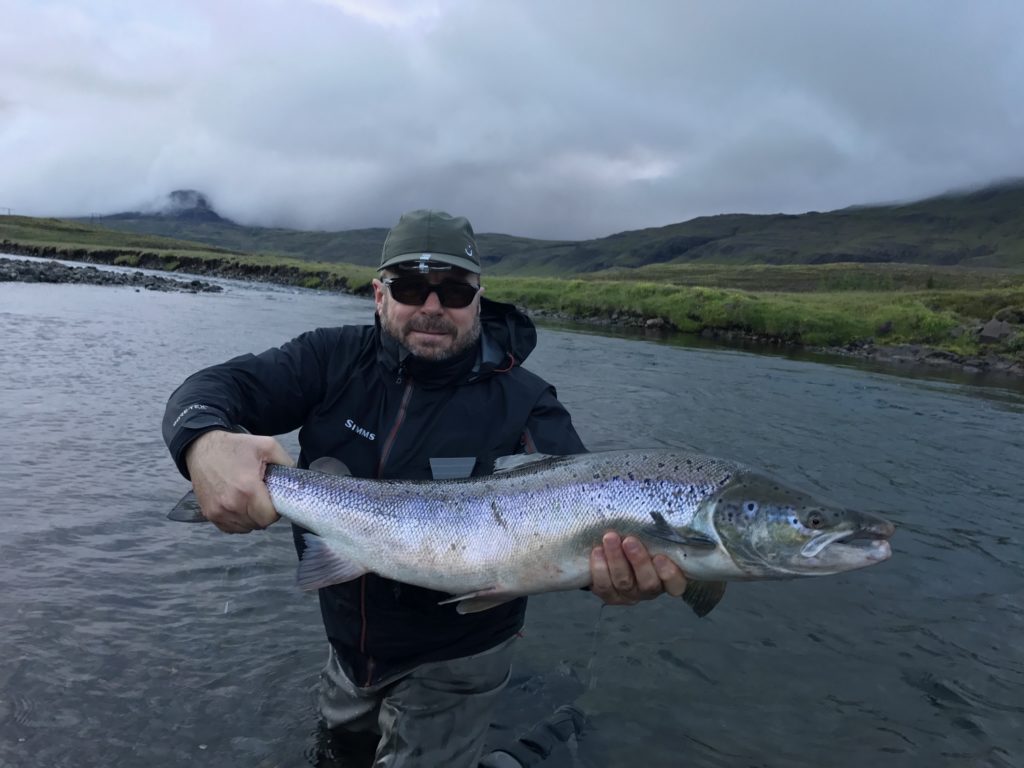 Laxa in Kjos reached 300 salmon landed last week. The river is in perfect condition due to rain every other day since the opening and the forecast for the next 10 days is…. rain. The catch is a mix of grilse and larger salmon, with 17 pounder landed from Olympic pool on Friday. Fish are running on every tide, and we are seeing the first of the very large sea trout that the Kjos is famous for. Happy days, and long may this continue. 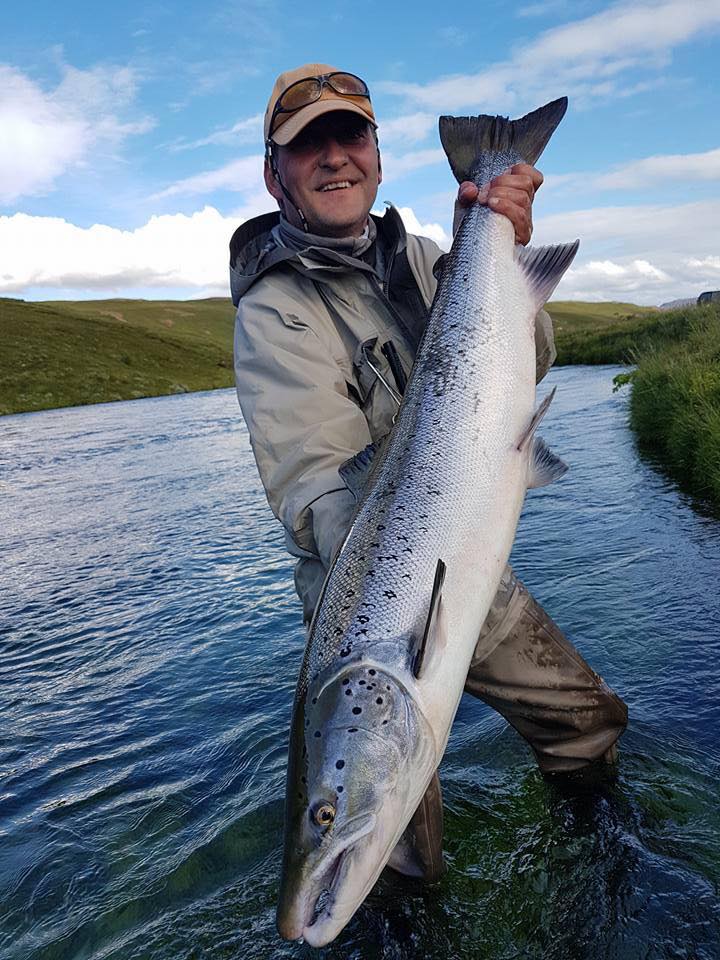 Laxa I Adaldal has once again been fishing very well and is cementing its position as one of Iceland’s prime big fish rivers. Last week the biggest fish of the season was landed so far by stefán Stefánsson at 109 cm. This joins an already inpressive number of fish over 100 cm this season. As we now enter into the prime weeks we are expecting more big fish to keep appearing. 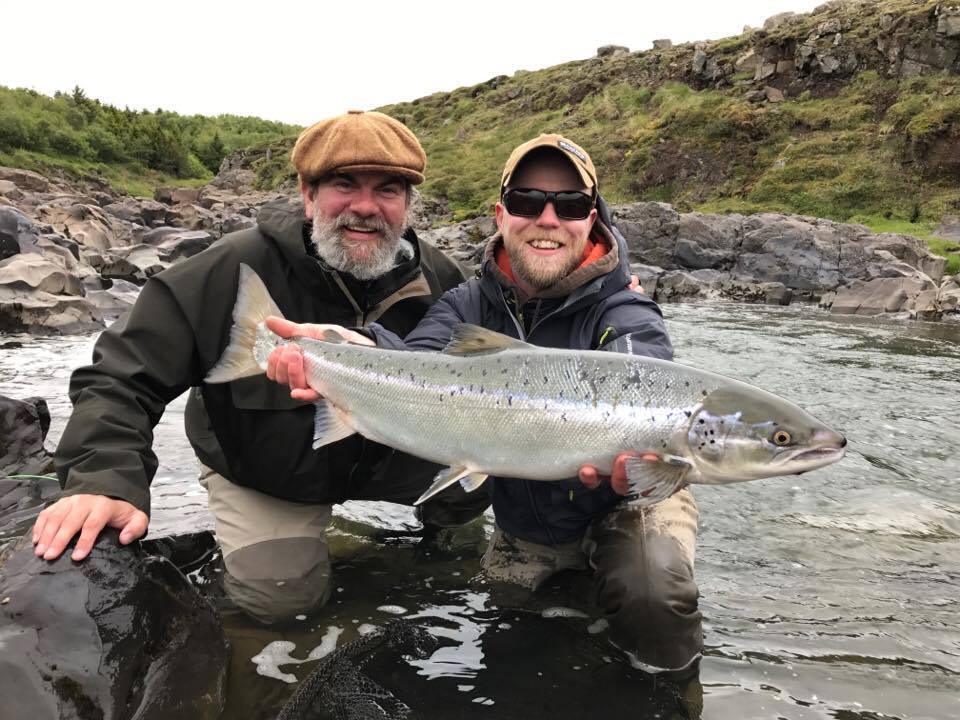 The fishing on Midfjardara has been on fire the last few days, despite relatively low water. Saturday saw 99 salmon landed in just 1 day to the 10 rods fishing. Small flies and hitched tubes have been the most productive methods. The number of Multi-sea wintered salmon have been much larger than expected this season and they are now being joined by strong grilse runs. 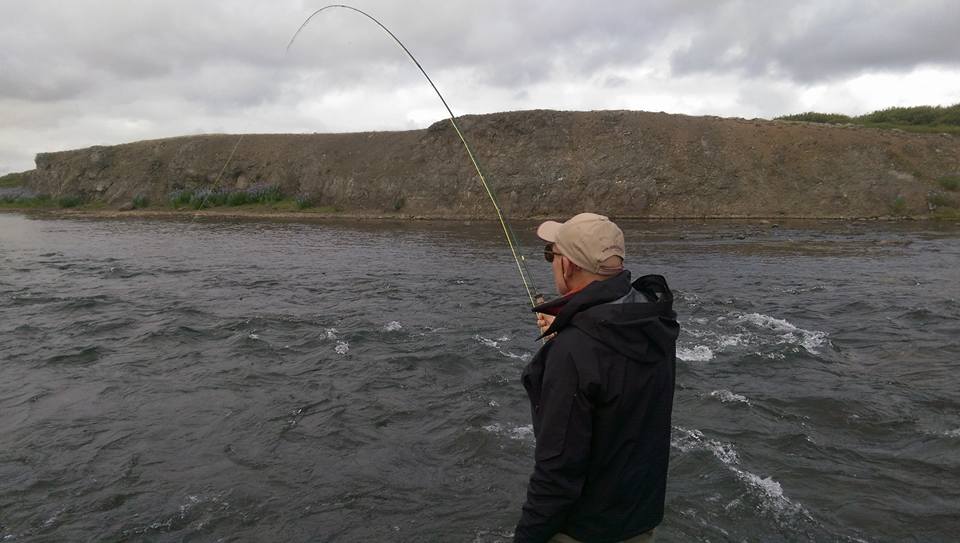 The fishing on Langa has been good this year with over 600 fish landed. The water levels are perfect and have been so far this year as we’ve had plenty of rain this season. Soon the mountain beat will be opened and included in the beat rotation as over 330 fish that have gone through the fish counter in the fish pass at the upper falls. Over 1.500 salmon have gone through the fish counter in the lower falls but also loads of fish have jumped the falls themselves. Recently two anglers that have never been fishing in Iceland before were fishing beat 1. Near the sea. They had never ever seen anything like the spectacle when the run came in from the sea and they put their rods down, had a seat on a rock and simply watched the fish jumping the falls to migrate upstream. Biggest fish landed so far was 91 cm and several hen fish have been landed between 85 – 87 cm. 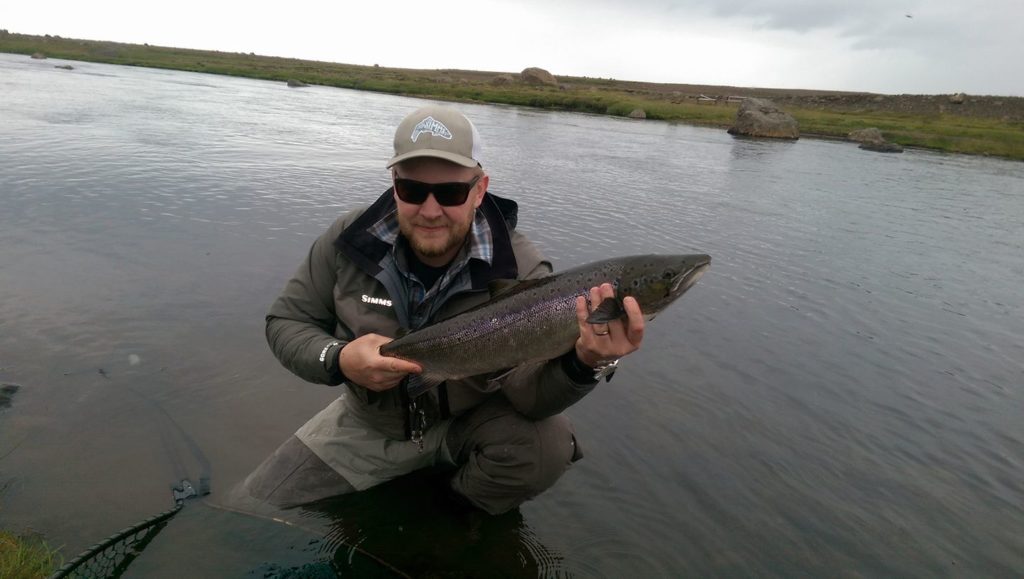 Hitara has been fishing well, with some good action for anglers over the weekend. On Saturday morning 11 salmon were landed over the five beats in addition to the 10 landed the evening before. The fishing is particularly good on the lower reaches with the salmon taking their time to work up the river. 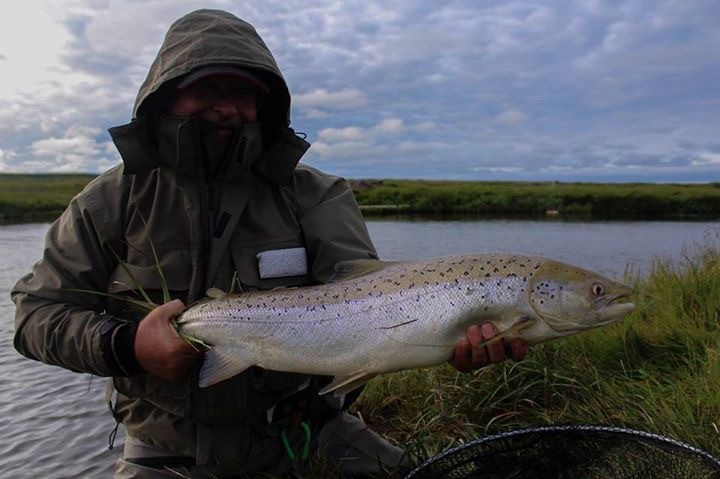 Deildara so far has had a good season, a good run of salmon came into the river late June and were offering anglers plenty of chances. Then from the first week of July the grilse have been running the river daily along a few bigger fish too. Grilse are being caught daily and a few giants have been lost as always. There have been several fish over 90 cm landed and we are hoping to see one over 100 cm soon. 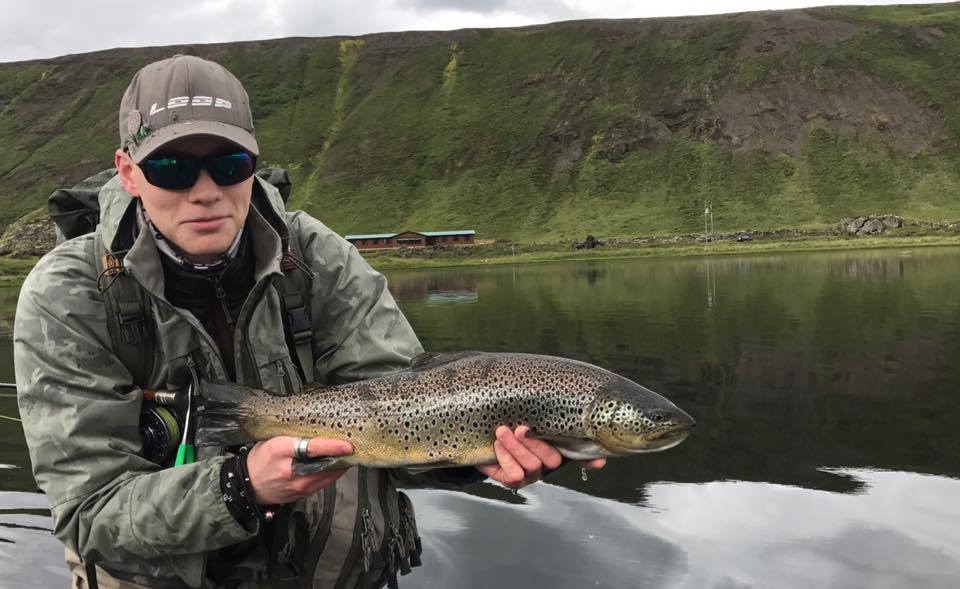 The dry fly fishing for the big brown trout of Laxardal is continue in fine form. A rare break in their busy summer schedule saw father and son guides, and managers of the fishing lodge, Bjarni and Gummi head out on to the water for a couple of hours. They were taunted by midge feeders before cracking the code and landing several nice fish in the home pool.

The trout at Myvatnssveit are bigger and fatter than ever this year and it seems that algae bloom we experienced a few years ago has had the desired effect on the bug life as fish seem to have plenty of food. Almost daily we have reports of fish from 60 – 68 cm landed and the biggest so far is a big fat 68 cm fish. The total landed so far is in excess of 2,000 fish.