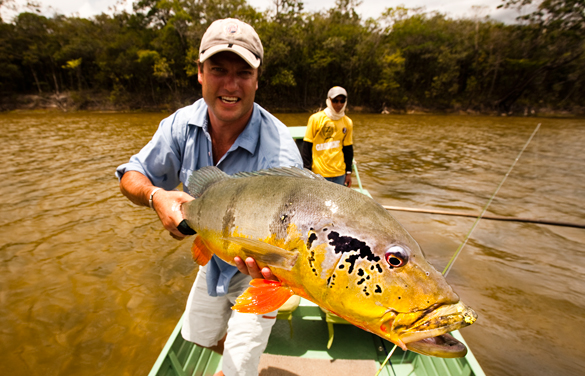 When thinking of Peacock Bass fishing in the Amazon there is one name that has become synonymous – Agua Boa. Agua Boa has been looking after clients targeting the incredible bass species on the Agua Boa river system with primary focus on fly fishing. They have recently had a break through which we would like to share with you:

The environmental authorities (FEMACT) of Roraima state signed a document that has now been entered in to law, which states that the Agua Boa river (which the Agua Boa Amazon Lodge is situated on the banks of) is a “FLY FISHING ONLY RIVER”. All other forms of fishing are prohibited.”

I think you will all agree that this is fantastic news for the future of the Agua Boa river and its surrounding environment, and they should be heartily congratulated.