What a species week it has been! Dogtooth tuna, yellow margin triggerfish, moustache triggerfish, bonefish, emperors, giant trevally, permit, yellowdot trevally, brassies, bluefin trevally, bohar snapper and grouper – they have all been around. 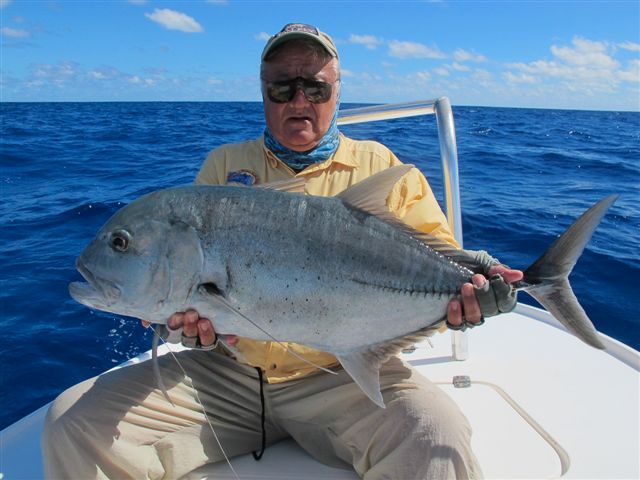 Week 26 has just come to an end and the guide team can’t stop commenting on how good the bonefish stocks have become, as the season progressed. It’s hard to believe that the quantities could get any better than brilliant, but they have. 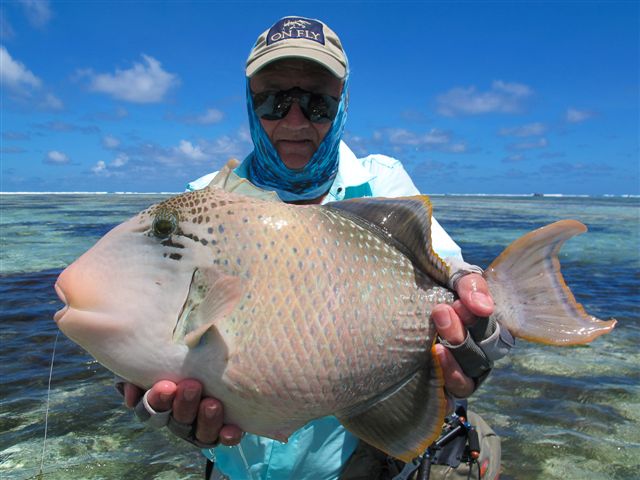 Every season we get an array of anglers, some of them experienced and some first timers. A true testament of just how good the bonefishing gets is when our first timers to the flats experience landing 30 to 40 fish in a day,  while casting to singles and small groups of tailing fish. 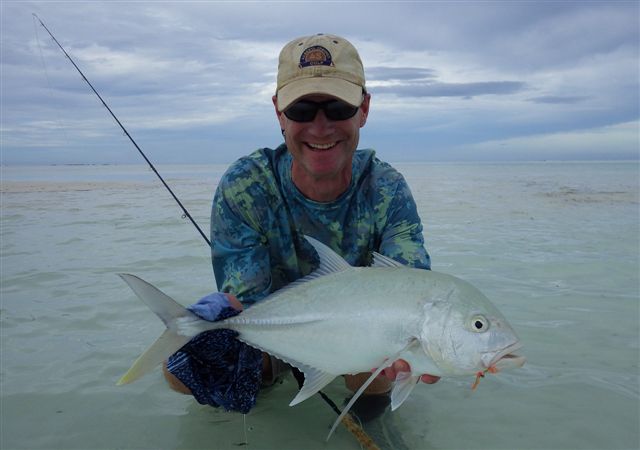 The big dogtooth tuna are around and some fantastic specimens were landed by the team while dredging offshore. Stuart Du Toit, landed a fish of a lifetime after a brutal 45 minute fight on his 12#, which was estimated to be 60 – 70 lbs.  The fish almost spooled them at one stage in the fight, while fighting hard and deep.  Andrews Roos managed to entice a 50 lbs doggie to eat his fly, which he too landed after a back breaking fight. On landing the fish, Andrew admitted that for a while he was uncertain whether he would be able to stop the turbo charged gas bottle. There were other dogtooth also landed during the week, one of them by Mark Cottrell. 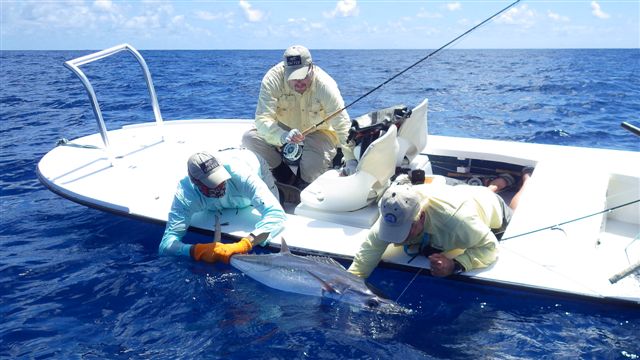 A flurry of triggerfish saw Oliver Gilbert land 3 fish on his first day, which is a real feat. Barry Davidson also landed a really nice yellow margin trigger on his day, while doing a long walk out to the “Wildside”. The were apparently many shots had before Barry was able to finally convince the big fish to eat. The permit were around even if no one was successful. Some nice GT’s were landed with both Barry and Andrew joining in on the action, which expedited some serious bell ringing in the evening. Sadly the milkfish have been scarce this week, probably partly due to the tides and the strong south easterly winds. 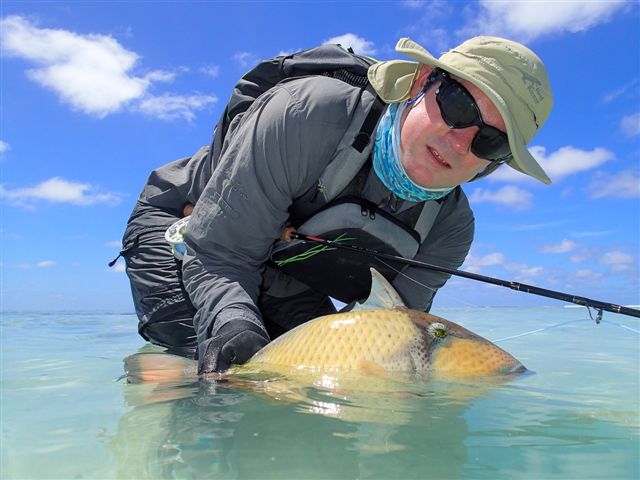 All in all another great weeks fly fishing here in Bonefish heaven. Two weeks to go and the fishing is as good as ever! 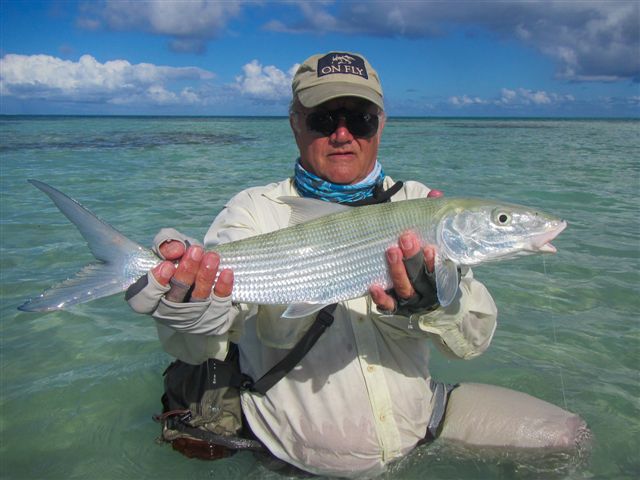