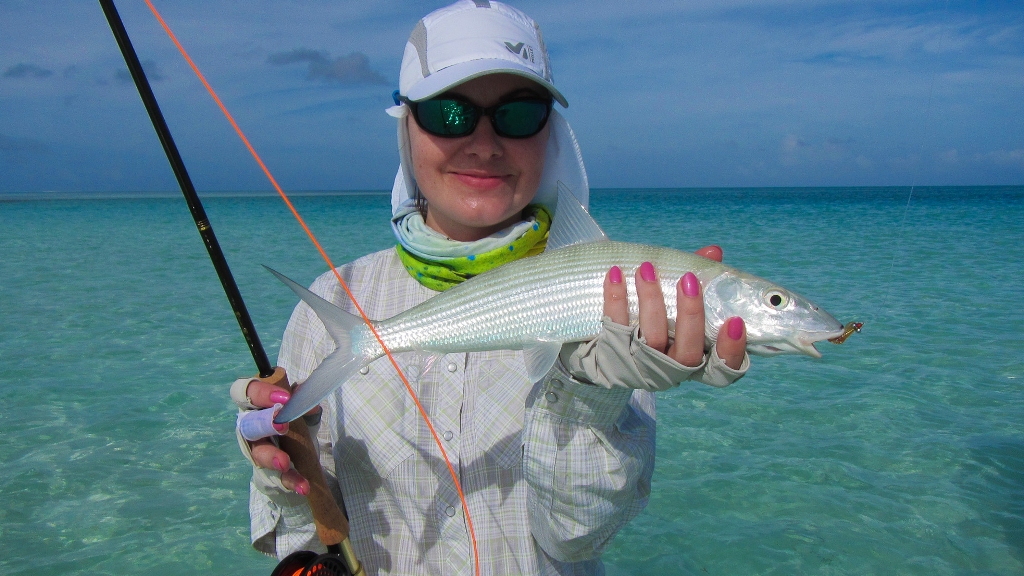 Week 7 started in true North-Easterly fashion, no wind, flat calm seas and extremely hot weather. The full moon was waning, which meant that day 1 would feel the effects of an extremely strong spring tide and as the week progressed the tides would slow on approaching the neap. The beauty of the St Francois atoll is that you can catch a tremendous amount of bonefish on any moon phase. Our group of Russian friends enjoyed the consistent availability to target larger tailing bones, especially on a dropping tide, where 6 lbs fish were common and there was no shortage of tailing trophies. Alexander landed a feisty 27-inch bonefish while fishing the “morning traffic” edge. 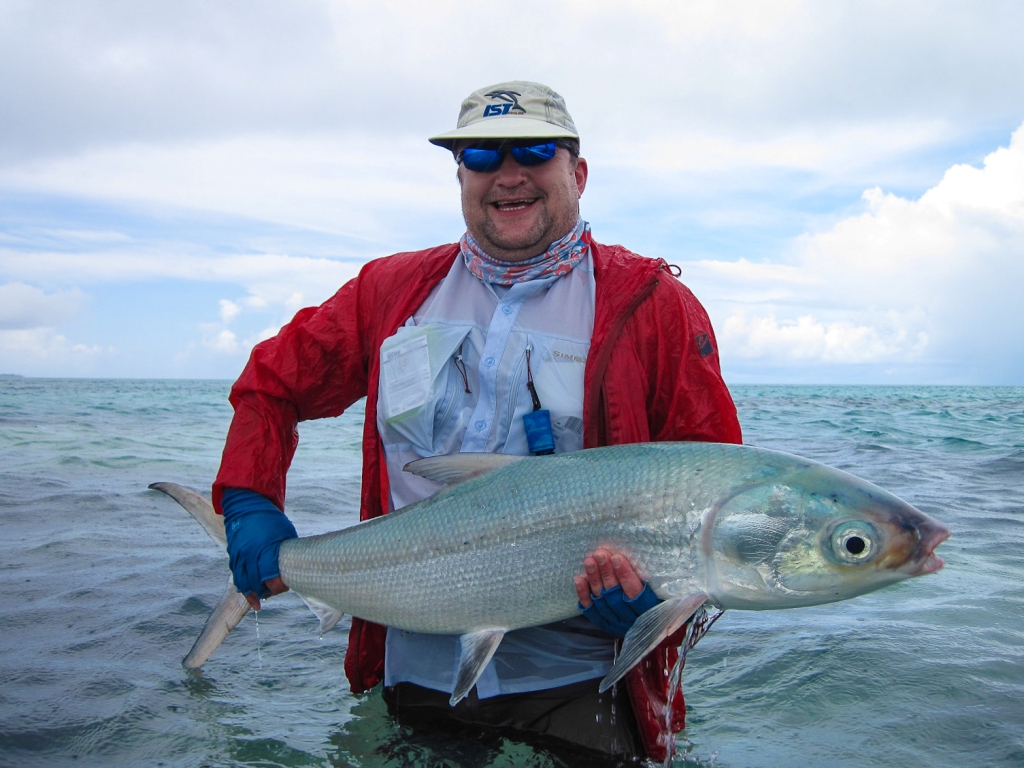 The week started with incredible milkfish conditions, with flat calm weather and crystal clear waters. Nikolai was quick to hook a good one, which he lost shortly after it swam through a field of coral heads. Fishing is fishing and even if the weather plays its part, the conditions can become trickier due to the heightened visibility of the leader. The teams reported big schools of fast moving fish, requiring long and precise casts for a proper presentation. Vladimir Jnr was up to the task, hooked a really big fish, but unfortunately lost it right at the net when it smashed his 10 weight rod. To add insult to injury he hooked another big milk a few minutes later only to be dragged through the coral to lose a fly line. Even after all the tackle failure there were still some lucky anglers who managed to land some magnificent milkfish. 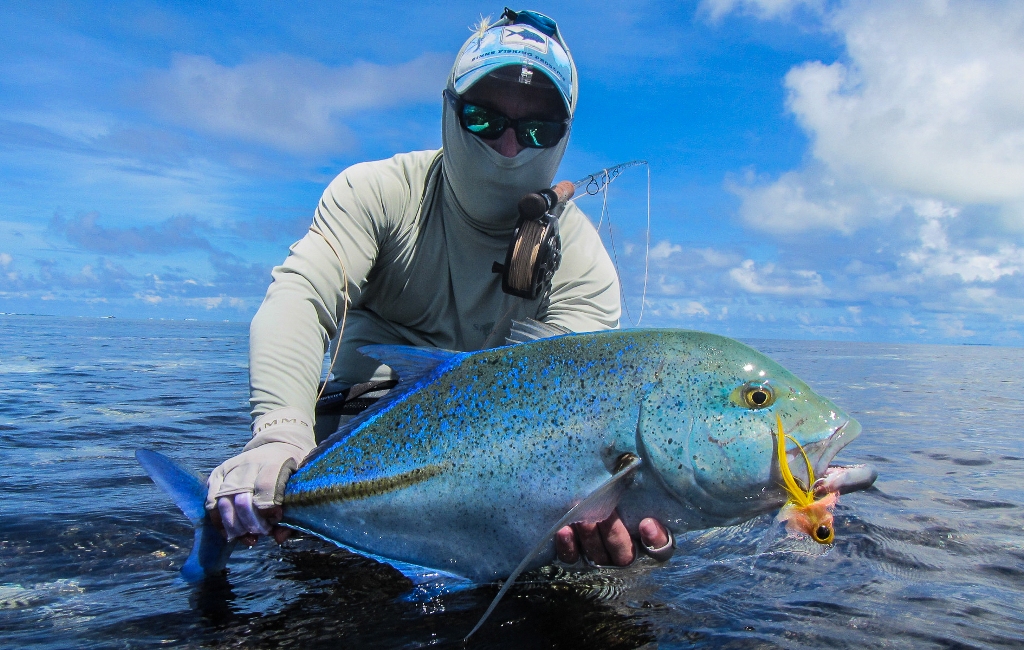 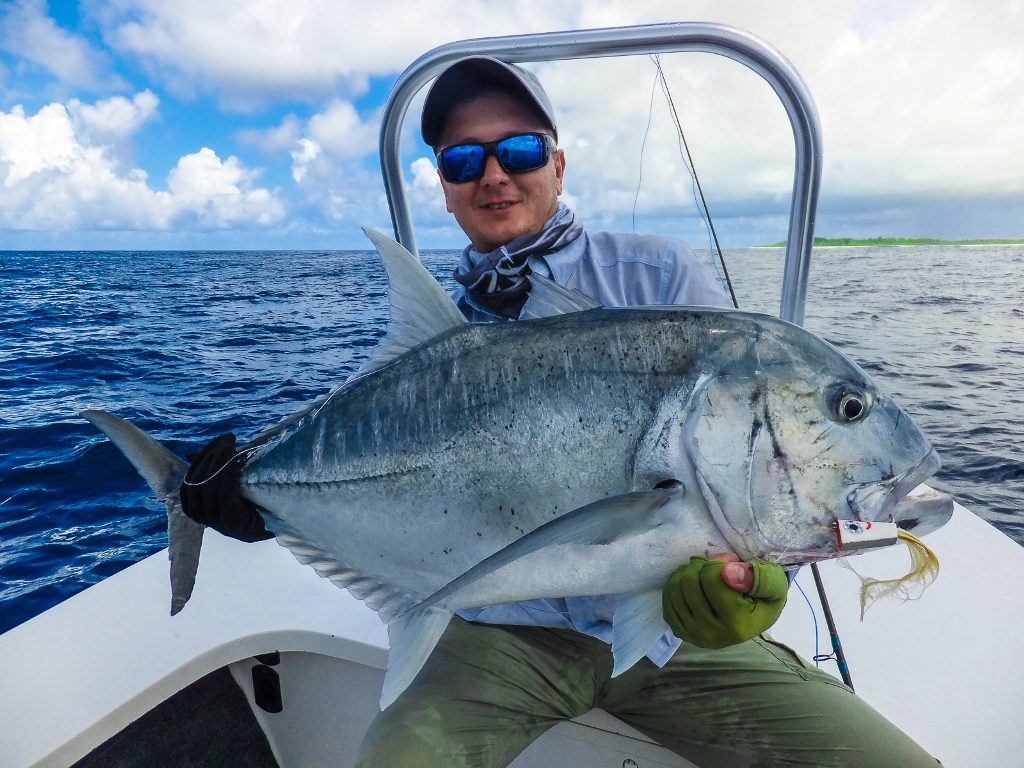 Day 4 was to be our “Tiger Flats Lunch Day” as the weather was flat calm as it had been all through the week. The fishing team went out as normal for their morning session and reported seeing and having shots at good numbers of permit and milkfish. At noon everyone arrived at “Tiger Flat” and sat down to a shaded lunch that was celebrated with fine wine and Champagne. After the break the various teams headed off for their afternoon session, which was full of GT action. The three non-fishing ladies had one of the most amazing experiences when they went for a snorkel with seven manta Rays, while they fed in the 2 metre deep “Le Passe” channel. The mantas were inquisitive and swam in close proximity to the snorkelers, often in a playful manner. 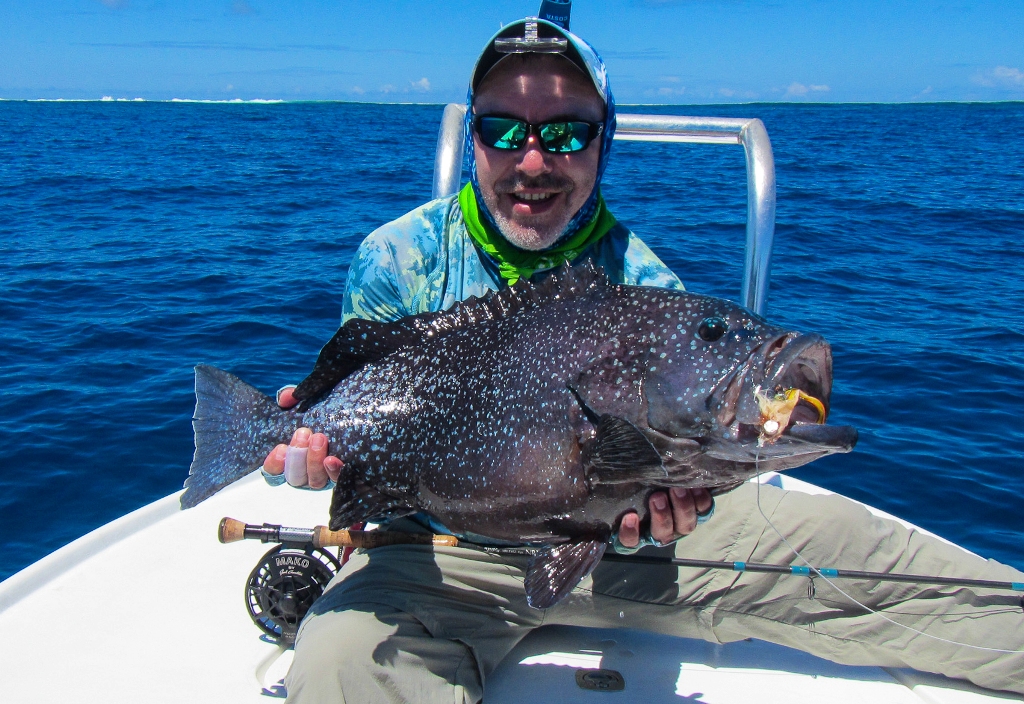 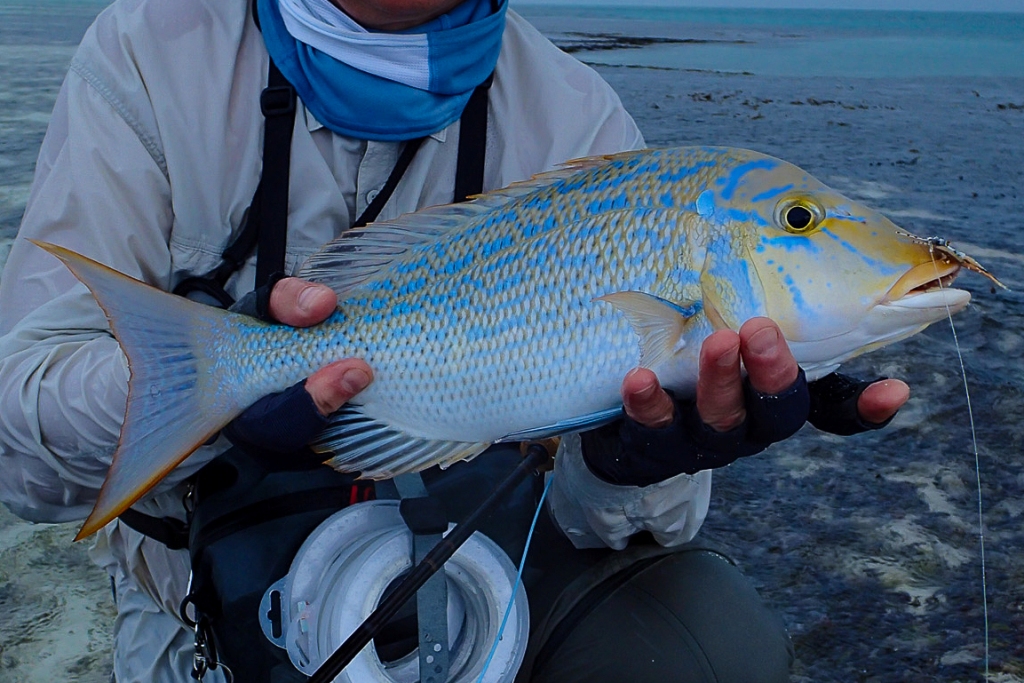 The weeks fishing excitement continued with Vladimir Jnr landing a trophy barracuda without wire and on straight fluorocarbon. This magnificent fish was hooked in the surf, ran onto the flats were it jumped twice before swimming back out to sea. To add to his day’s achievement, Vladimir also landed a lovely 88cm GT later on in the day. Schools of big bluefin trevally were around in really good numbers all through the week, as specimens in the 12 – 20 lbs range were landed. The week continued with some more GT’s being landed by various anglers and Justin landed a “Slam” by catching a GT, triggerfish and bonefish all in one day. Vladimir ended his week with both a giant and Picasso triggerfish. 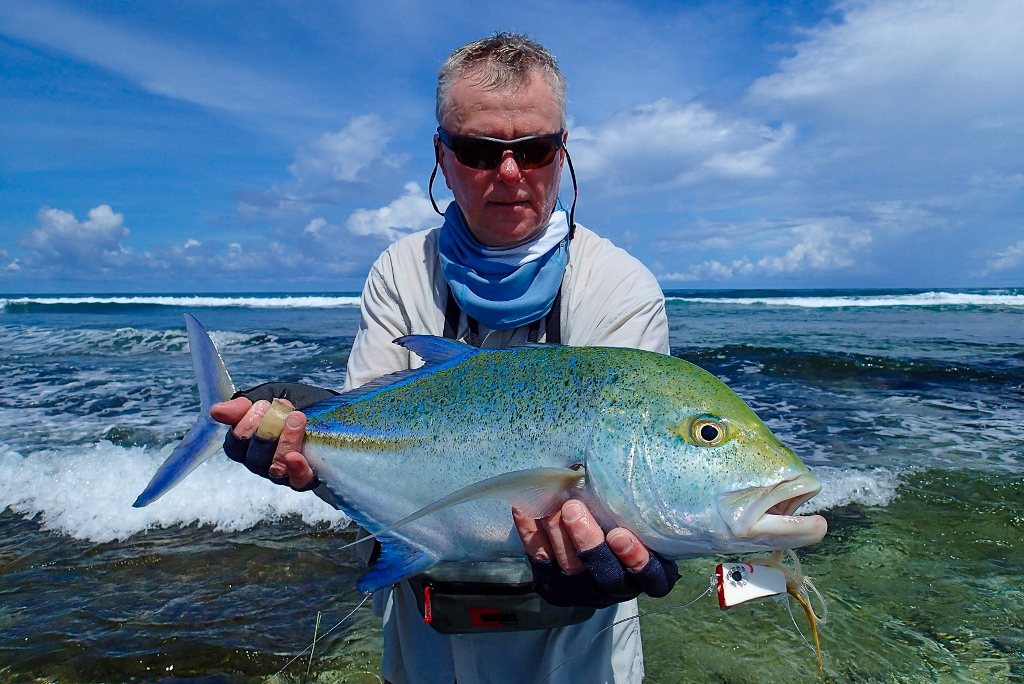 Another great experience for both fishing and non-fishing friends.