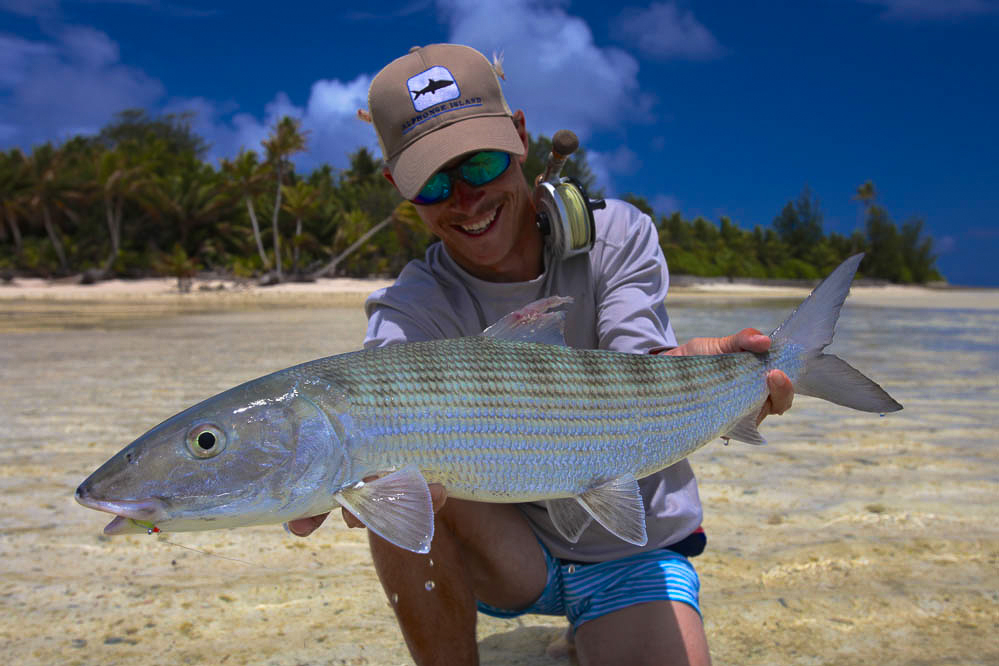 Repetitive sounding fishing reports are indicative of how constant this season’s good fortunes have been on a weekly basis. The reports might sound similar, but the smiling faces in the photos have varied on a daily basis. Although this week’s weather has been largely unpleasant at times the fishing has still been impressive with continued catches of triggerfish, GT’s and permit. 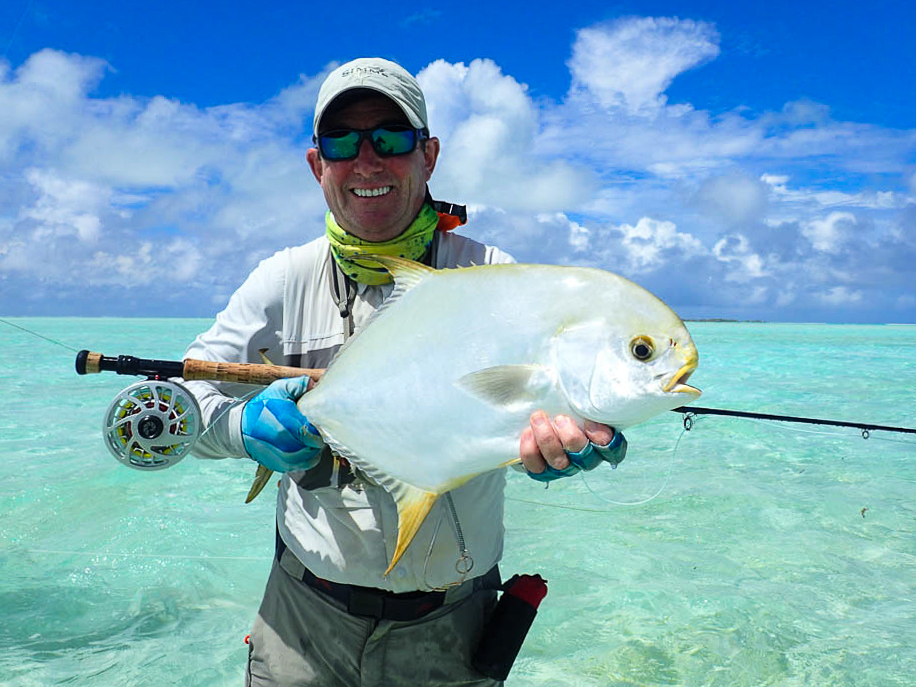 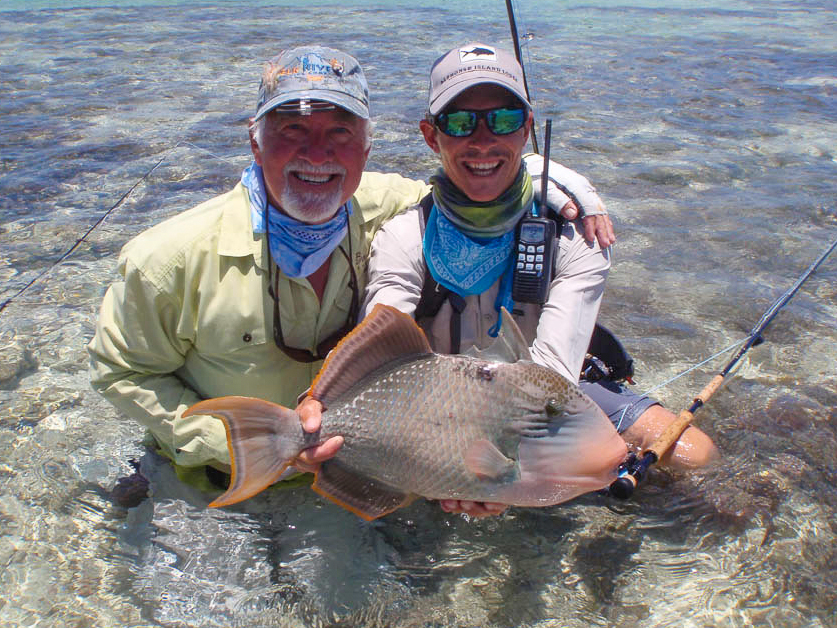 Paul Davidson managed a beautiful permit of 8 lbs, which he enticed from the back of a feeding stingray. Later on in the week Stephen Thomas came close to the second permit of the week when he lost a trophy fish after a long fight. There was a distinctive splash of colour in the daily selection of photos as nine great looking triggers were caught and released for the six days of fishing. The GT’s were around creating their normal havoc, which started with Keith Melidoni breaking the 100 cm (45 lbs) barrier on the first day. Braden Beck hooked up a good GT after seven fish charged the boat and fly. Henry took a walk to the surf with Scott Keller and the two of them were astounded when they saw a GT that was apparently too big to be a GT! The manta rays and milkfish have started to move into the lagoon which boasts well for the up and coming weeks. Stephen Busch and Terry Ring were the first anglers to “hook up” but sadly lost both fish were lost after lengthy fights. The fish of the week had to be Frayser White’s monster barracuda of about 40 lbs (160 cm). 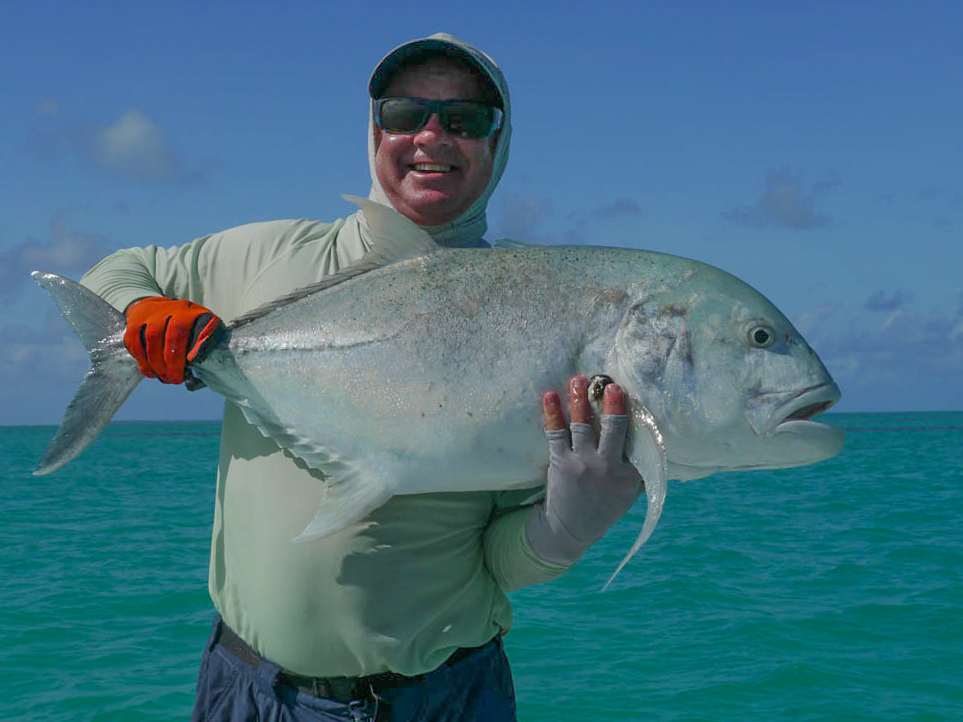 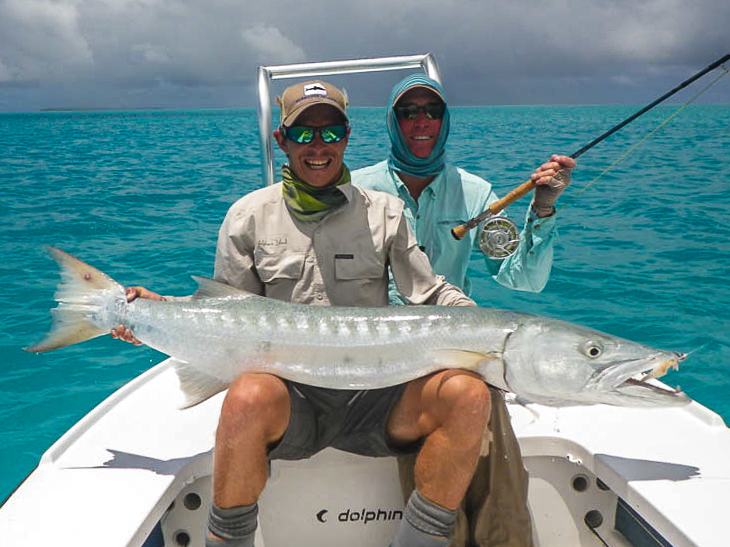