This past week has once again seen some superb catches at both St Francois and Alphonse. The early part of this week produced some trophy catches both on the flats and offshore. Alex Quatre guided his guests Hugh Armstrong and Dimitry Kolovorotny to a fabulous “triggerfish Trio”, consisting of two Giants and a single Yellow Margin. 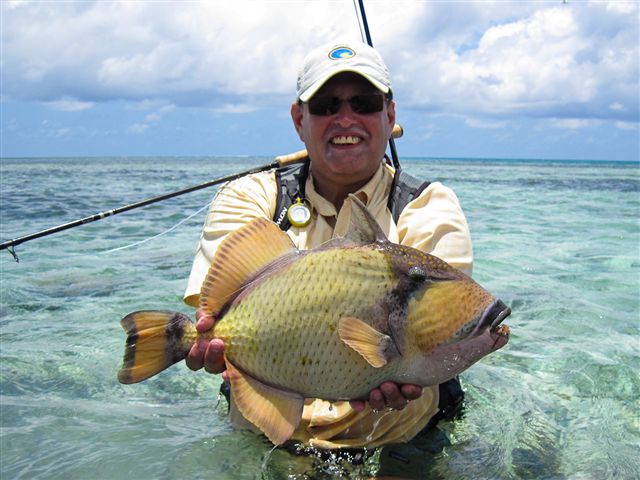 Doug Hart landed a magnificent 105cm GT while being guided by Serge Samson and in accordance to our length to weight estimation charts, this fish weighed in at a healthy 55lbs. Once again the flavour of the week was the NYAP popper fly, which was developed by guide James Christmas. The uniqueness of this fly is that its simple to tie, really easy to cast and the disturbance it creates when stripped drives predators crazy. 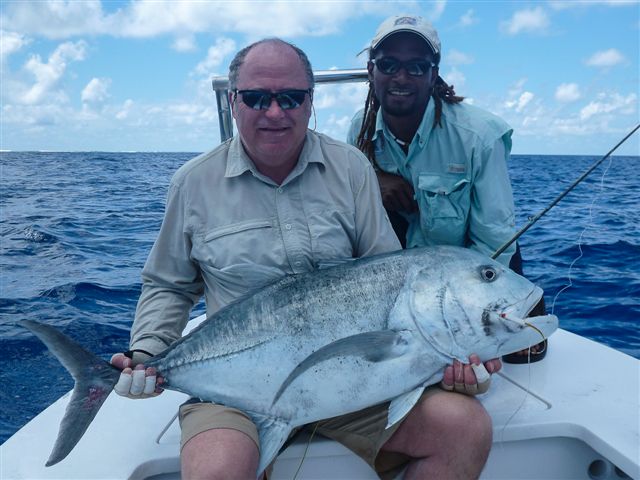 The weeks bonefishing was extremely good, which long time return guests Bill Nevins and Dwight Minton took full advantage of when fishing with Wayne Hasleau. “We fished almost all day on the “Traffic Flats” and by the end of the day our tally was approximately 90 bonefish landed and the biggest measuring 24 inches. We used a variety of bonefish flies during the day and found that the fish were most attracted to small orange and tan “Christmas Island Specials” and chartreuse and white “Pillow Talks”. 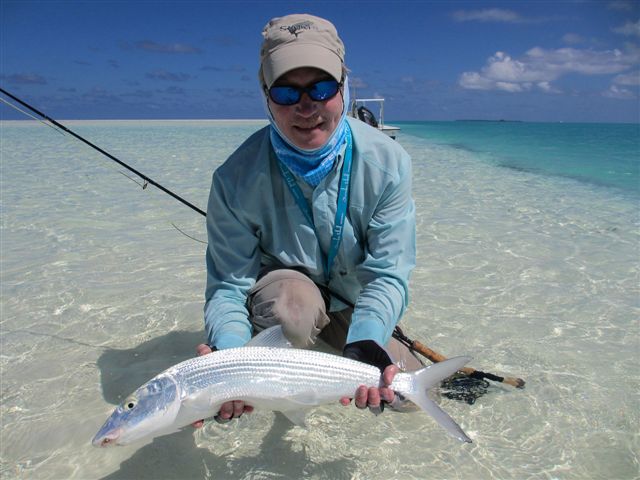 Our superb Bonefish fishery continues to flourish and a large number of really small Bonefish in the 7 to 8 inch class have been observed of late, which is great news for the future. The average size of our Bonefish is on the increase which is also great news. There are always piles of 5 to 6 lbs fish for anglers to cast to on any given day,” Enthused Wayne Hasleau. 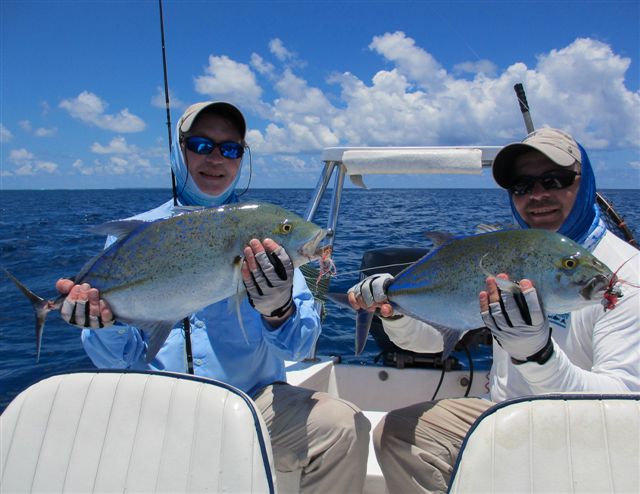 There are a good number of permit on the flats and although we have had a few hook ups unfortunately none were landed. Milkfish have been scarce on the latest catch reports due to the windy weather conditions, which has made it impossible to target them offshore. The flats are however still full of really large specimens that are targetable.  Even after a considerable amount of experimental fly patterns and some landed fish, we still haven’t cracked the “on flats milkfish code.” The team will continue to experiment with flies and techniques and are confident that a breakthrough will come sometime soon. 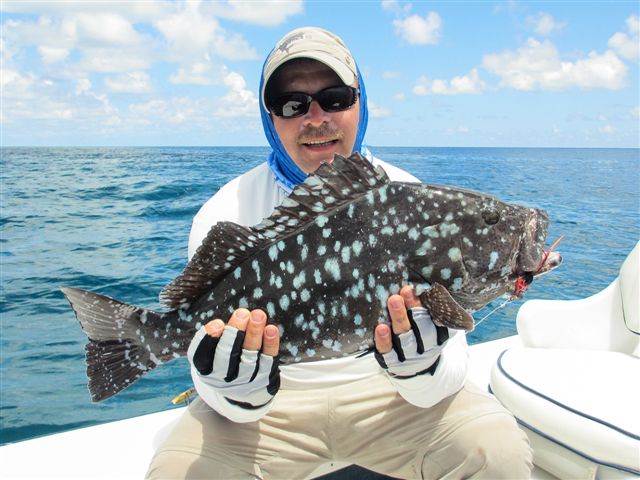 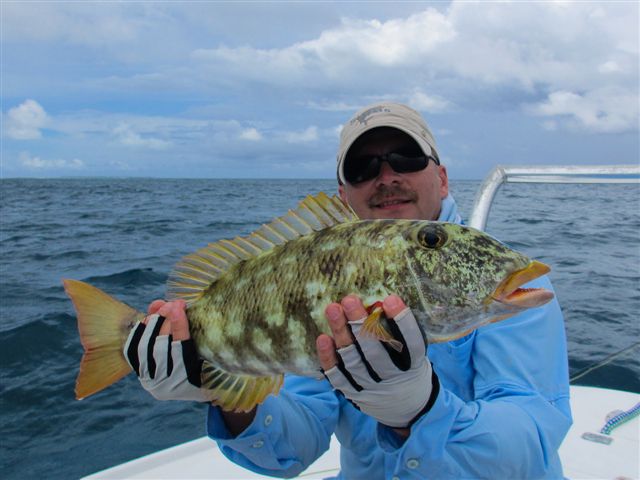 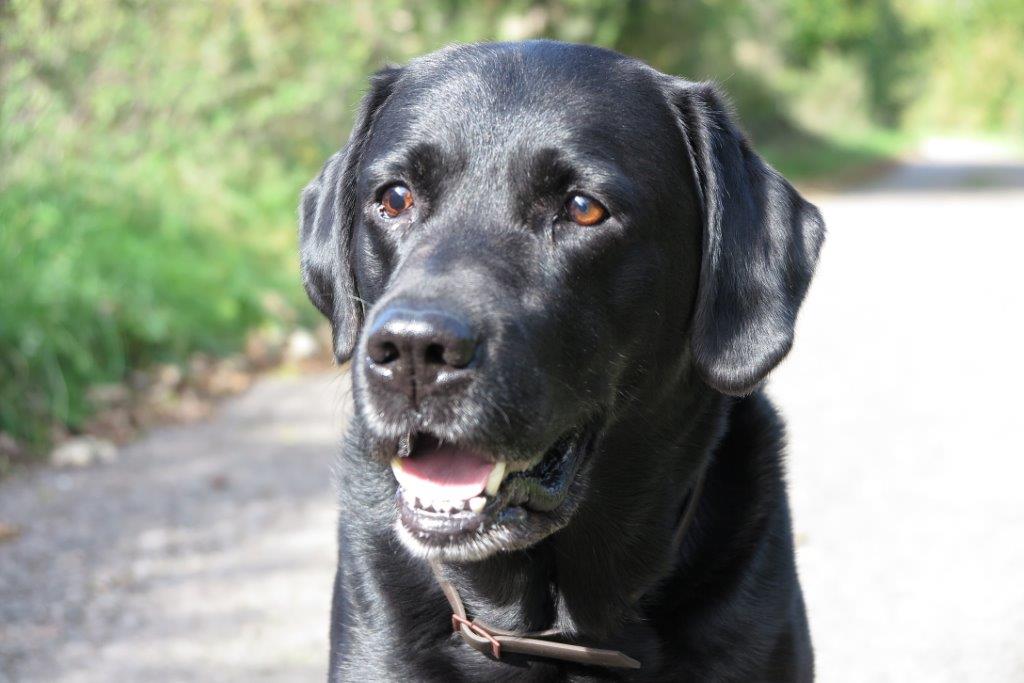 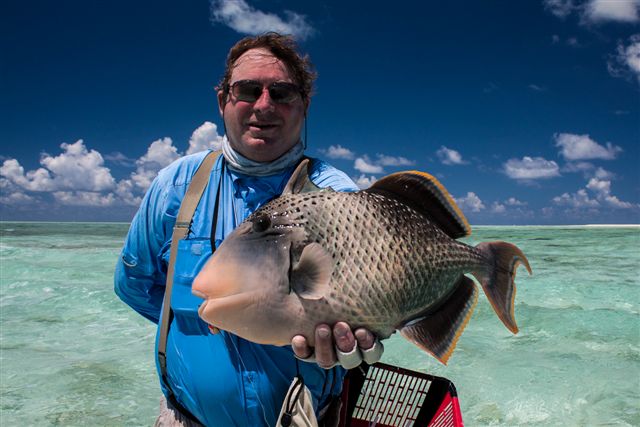