Our 12th Alphonse week started with terrible weather as the tail of a tropical depression swept up past Madagascar bringing strong wind and lots of rain. Unfortunately this meant that conditions deteriorated and were deemed as unsafe for the crossing to St François. As a result, the first 3 days were spent fishing the flats that surround Alphonse; literally on the hotels doorstep allowing guests the luxury of seeking shelter when necessary. 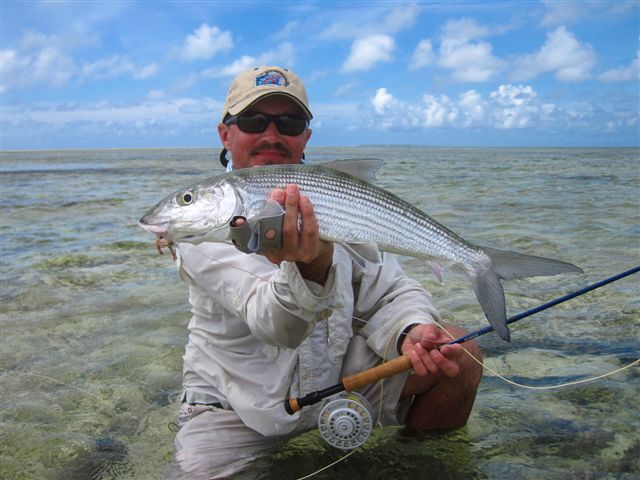 Even though the weather was a dampener, our team of anglers took to the fantastic bonefishing around Alphonse and really good catches started to tally up.  Low light, strong winds and tailing bonefish in skinny water make for a challenging but extremely awarding experience. John Dale, a seasoned angler from the USA mentioned that the day he experienced with guide Scott Keller was one of his best bonefishing days ever. “Big single tailing bones in skinny water is what it’s all its about” enthused Scott.

Anglers also had a good number of shots at the other species around the island although permit, GT’s and triggerfish are often very unforgiving, making them almost impossible to target with the extreme wind.  An impressive number of large bluefin trevally were caught while feeding in groups both on the flats, along the island shores and in the deeper channels. 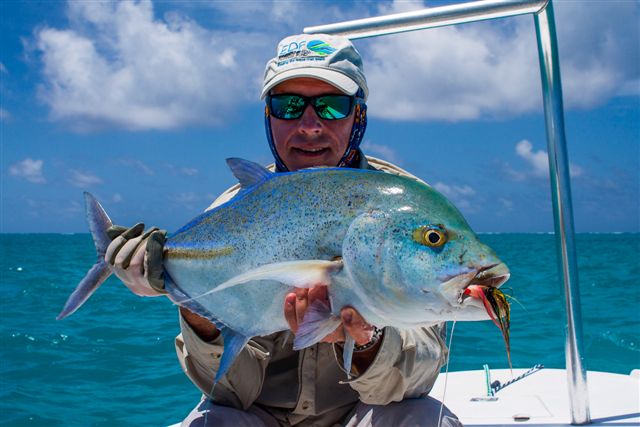 Our Russian guests Alexy Danchukov and Egor Chulanov caught some really interesting trophies during their week which included a lovely honeycomb grouper that chased the fly for 8 meters before engulfing the “Squiddy” and disappearing into the reef.  Known for their dirty tactics Alex held tight while guide, Wayne managed to get him out of its coral infested domain for a quick photo before letting him go. 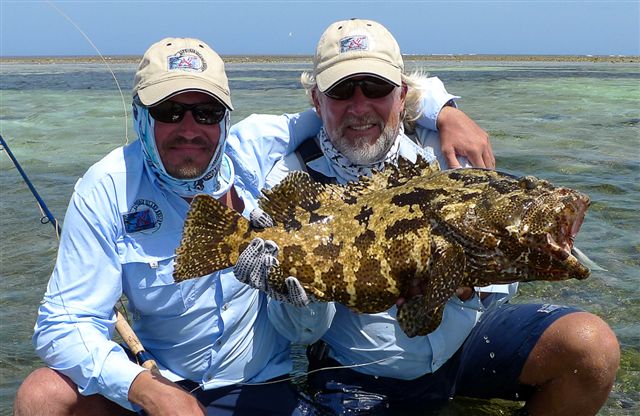 The system eventually moved to the south of Madagascar and the weather gradually improved allowing our guests 3 days fishing St François. As always St François rose to the occasion to make up for the bad weather.   A great New Years party was had by all, which brought in the “New Fishing Year”. 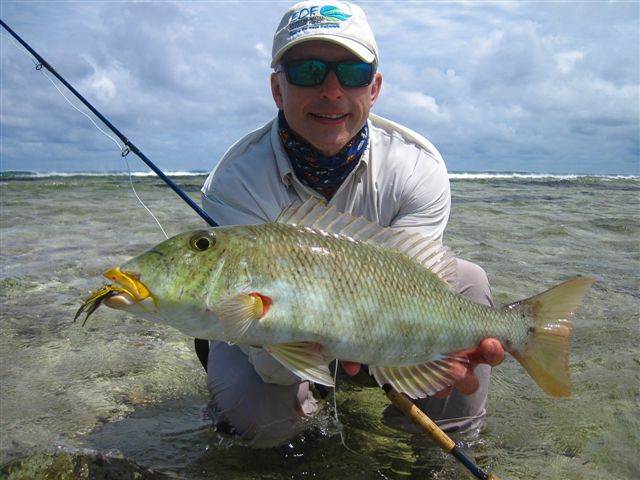 To all of our friends, from the Alphonse team we wish you all of the best and a wonderful, prosperous 2013.