Please find below the 28th weeks catch statistic comparison for Alphonse Island, Seychelles.  The figures were taken at the 28 week mark to give a year on year comparison as 30 weeks were fished this season.

12,996 bonefish against 10,921 in the previous season, an average of 40 bones per rod per week which is a phenominal average.  There was little change in the average size, with the heaviest landed this season at 7.7 lbs.

101 triggerfish against 80 landed the previous season with the heaviest a yellow margin triggerfish at a hefty 12 lbs.

11 permit landed with an average weight of 8 lbs and the heaviest double that at 16 lbs.  8 permit were landed the previous season, averaging 6 lbs but with the heaviest also at 16 lbs.

Overall, more blue fin trevelly, snapper, jobfish, sailfish, barracuda and dogtooth tuna  were landed than the previous season although that is not too surprising as the bluewater fishing this season has been increasingly popular and productive.

The 28 week total of all fish stands at 15,090,  an average of 47 fish per visiting angler, 2 more per angler than at the same period in the previous season.  It will be interesting to see how the season finished, adding in the statistics for the last two weeks.

If you were in any doubt about the quality of the fishery, let the figures speak for themselves.  If you are interested in space for the 2014 / 2015 season please contact Charlotte Chilcott or call our office on +44(0)1980 847389. 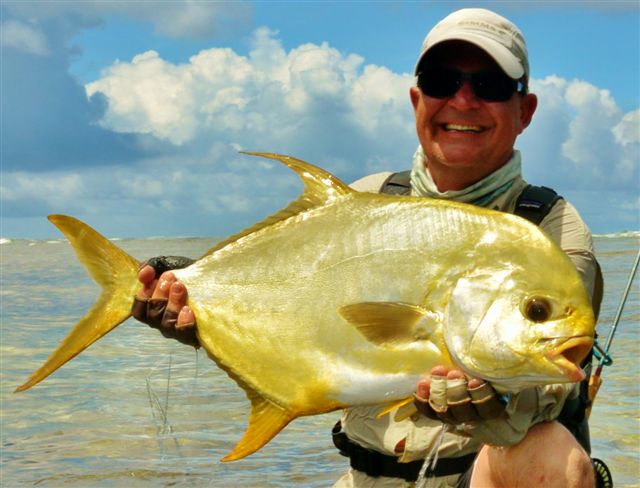