What was seen as an almost impossible feat, a “Golden Grand Slam”, has been achieved on St Francois atoll.   Fourth–season Alphonse fishing guide, Andrew Mayo, guided Matvey Ivanov (Mat) to this remarkable achievement!

To qualify for a “Golden Grand Slam” title five species of fish: permit, milkfish, GT, bonefish and a triggerfish need to be caught on the same day. 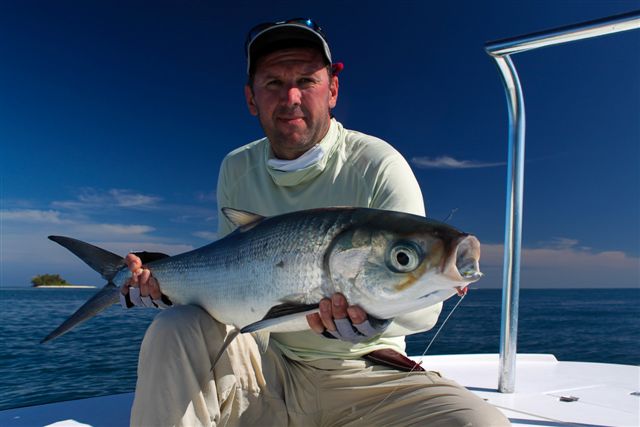 The guide teams from Alphonse and Desroches Islands strive each day to make each and every guests fly fishing experience the best during their time on the islands and do so by improving their guiding skills on a daily basis during the fishing season.  By guiding Mat to this remarkable feat, one that has never been achieved before, Andrew has raised the bar. 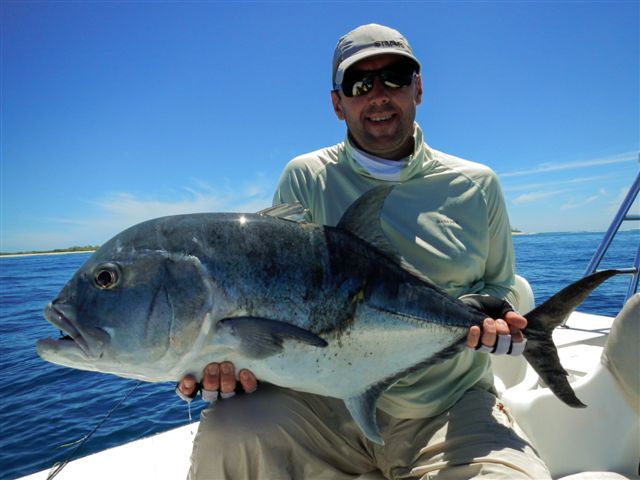 “Bonefish are not difficult to land but triggerfish, permit, milkfish and GT’s can be notoriously difficult to catch.   We began the morning by landing a milkfish, followed very quickly by a GT.  We caught a beauty!  20 lbs plus!  This inspired both Mat and I to try and achieve the Alphonse Grand Slam and shortly after landing the GT, we targeted a bonefish – not an onerous task as St Francois is one of the most prolific areas in the world for this species – and hooked and landed a permit.  Permit are the most problematic of the five species to hook and land, yet we did shortly before lunch ” Commented  Andrew Mayo. 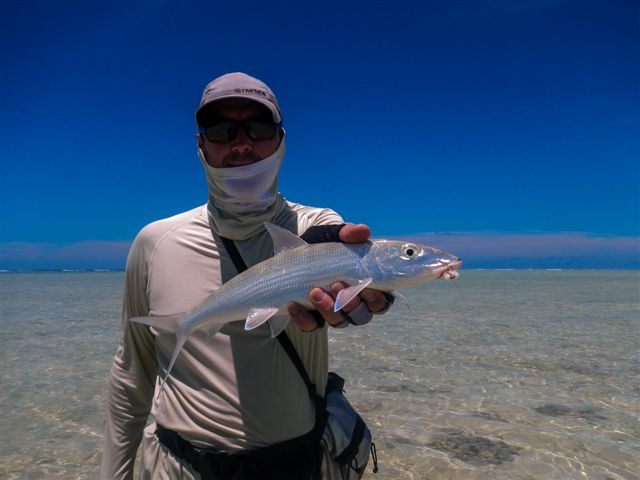 “I have hooked nine permit in various locations around the world but never actually landed one, so this was a great personal achievement by itself. We just had the triggerfish to catch and the achievement was ours.” Enthused Matvey Ivanov.  “Andrew expertly guided me to an area he knew would have some triggerfish and with luck on our side we landed the final species, not to mention, the coveted “Alphonse Golden Grand Slam” title.” Continued Matvey Ivanov. 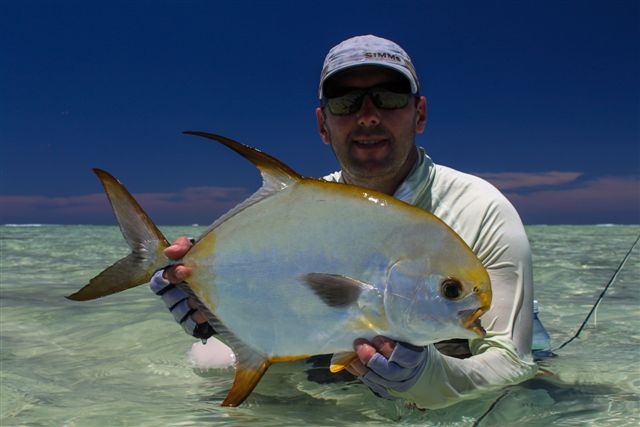 The now famous “Alphonse Angling Bell” rang out in celebration last night as the bar on Alphonse Island went wild! 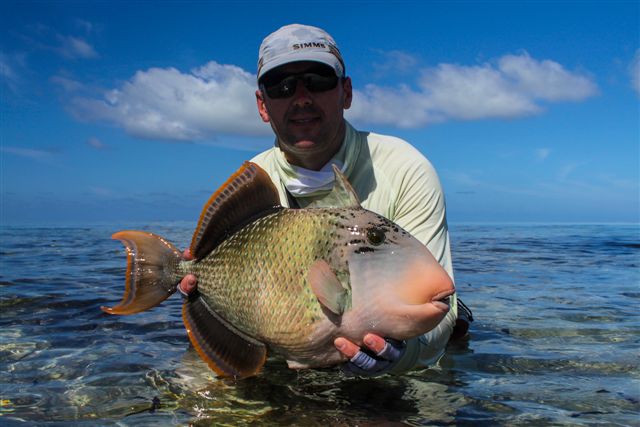 “We challenge any other guests now that they know it is achievable, to come to Alphonse Island and see if you have the skill to achieve the “Alphonse Golden Slam”.  Matvey Ivanov and any further anglers who achieve the “Alphonse Golden Grand Slam” will win a free fishing trip to Alphonse worth $6,200! ”Challenged Keith Rose Innes, Fishing Director at Alphonse and Desroches Island.

On Tuesday there were two Grand Slams (a milkfish, a GT and a bonefish) and a Super Grand Slam (two milkfish, two GTs and two bonefish). To find out more about these and the rest of the week on Alphonse keep an eye out worth the next Alphonse weekly report!