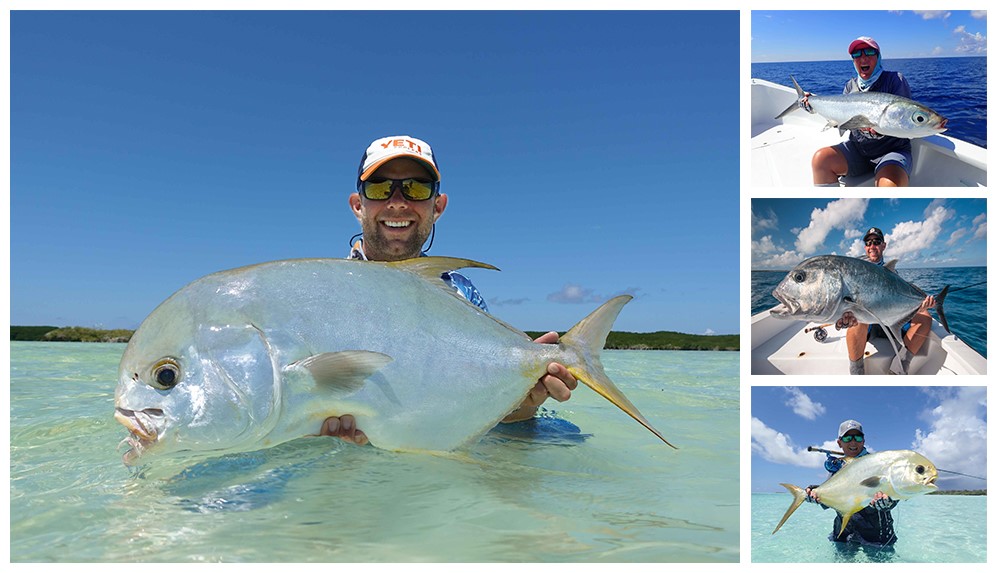 Perfect weather conditions and crystal clear waters met the change over day as we welcomed our new guests to Cosmoledo. The week kicked off with some nice flats caught GT’s but as the week migrated into neap tides they became scarce, redirecting the teams to catch all the other species that Cosmoledo has to offer. Bart Jenkins stole the show by landing a fish of a lifetime when a 72cm Indo-Pacific permit ate his Alphlexo crab. A few GT’s later and he had completed an impressive “Grand Slam”. The settled weather set high anticipations for surface feeding milkfish but for some reason they were absent.  The milkfish finally made their appearance towards the end of the week, and when they did the anglers made it count with some fantastic high-flying action.

There was definitely no shortage of GT’s in the deeper water with action fast and furious at times and 123 GTs landed for the week by the group of eight anglers. The biggest GT of the week belonged to Michael Hainebach who waited for the last cast of the last day to hook a behemoth GT, 140cm beast! The one-meter plus mark was broken on three occasions with Tony Siddle landing a 115cm fish and Chantal Chone a 117cm brute. The week inevitably belonged to one person, “The Queen of Cosmo”, Chantal Chone with three “Grand Slams” that included GT’s, bonefish, a moustache triggerfish and a 72 cm permit in one day.  Her catch tally included a monstrous yellow-margin triggerfish, a 117 cm GT and nice milkfish landed on the final day. An astonishing two weeks of fishing, that included four “Slams” and every species that we consider a trophy fish. 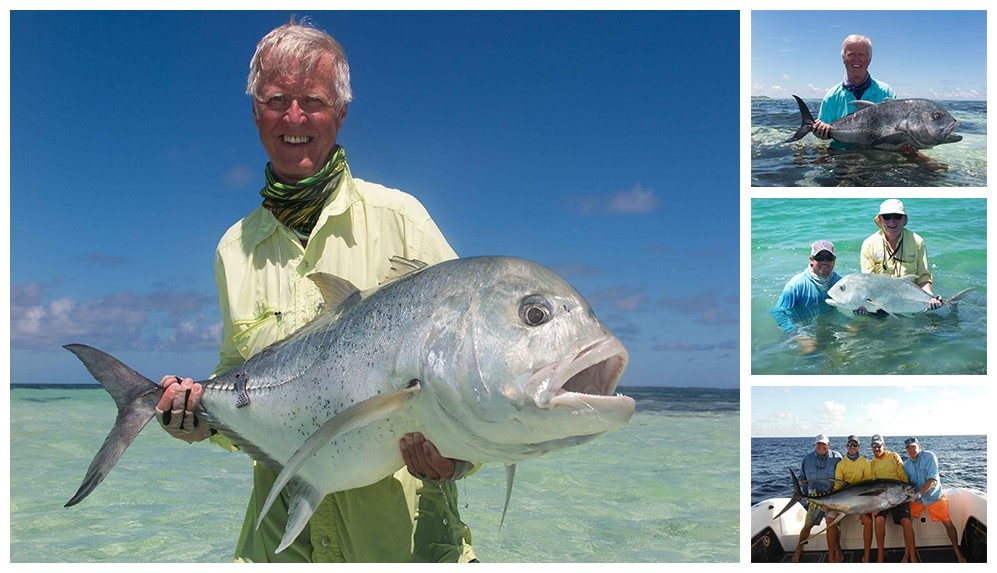 Perfect triggerfish tides, hungry bonefish and returning seasoned anglers set the tone for a great week. Our group from the United Kingdom brought their A-game and managed to catch 475 bonefish in six days with the biggest estimated at 7.5 lbs. The GTs were around and on the prowl with daily encounters resulting in five being landed. Tim managed the largest specimen measuring 94cm after a fly change and 6 casts, finally convincing this fish to take the fly.

The tricky triggerfish did their part in being extremely difficult with an untold amount of shots and only two landed.  Jean Howman did however manage to land two very special fish with the first being a rarely caught batfish, a finicky feeder that decided to take a trout nymph. To add to a growing permit season Jean managed to also land a beautiful Indo-Pacific permit bringing this seasons tally to 30 landed in 10 weeks.

Out on the bluewater the action was plentiful with sailfish raised and hooked but unfortunately only one was landed in close proximity to Alphonse. Russell Crafter and Kevin Haydon were up for the gamble after rumours of the bluewater teams exploration away from the island in search of sea mounds. The team loaded up, headed out and quite quickly a marlin was raised, which unfortunately didn’t stick after a half-hearted attempt. The day hit a lull before a 12:30 hook-up on a monster fish. Russel was on the rod and after a 3 hour battle the fish came to the surface for the first time but it didn’t jump. Two hours and twenty attempts later a 168 lbs Yellowfin was finally leadered bringing to an end a mammoth 5-hour battle. The gamble certainly paid off. 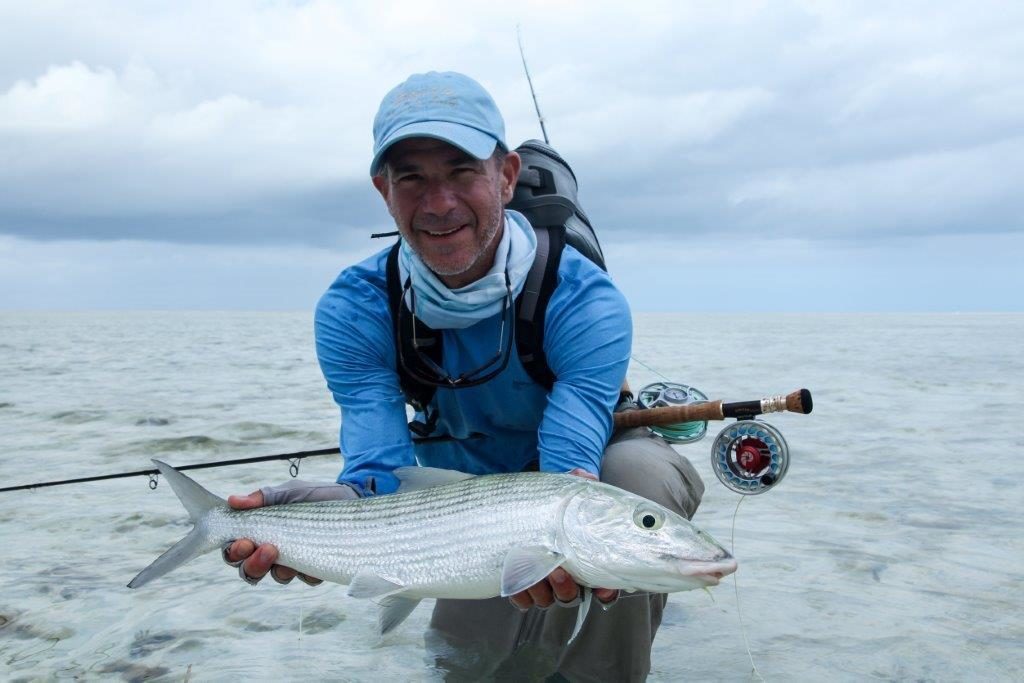