The blustery start to the usually-calm North-West monsoon has not affected the diving on Alphonse at all. In fact, we have had such unbelievable diving one could almost think to credit the unpredictable weather for making our waters so alive with fish activity.

Dive site Arcade has been teeming with life with mind-blowing numbers of schooling fish. At the end-point of one dive, hundreds of Big-eye Trevally fish-balled around divers in a confusing mass of writhing silver which momentarily and suddenly opened up to escape the charging Giant Trevally. At least one hundred of these predatory beasts were involved in the chaos whilst a large docile Green Turtle hung motionless as though it was nothing out-of-the-ordinary. This, Chris Strahl exclaimed whilst bellowing in delight upon surfacing, was the best reef dive of his life! 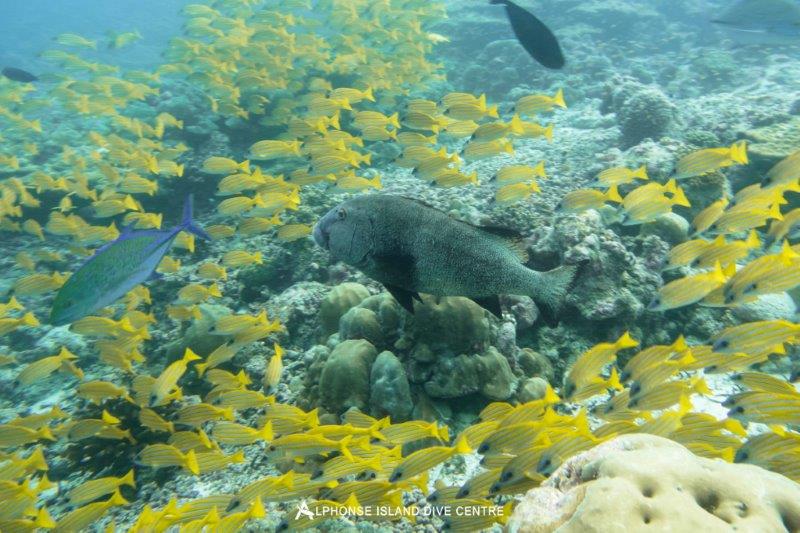 Wonderland, as always, has provided great diving opportunities with superb vivid colours on the shallow plateau, swarms of electric blue fusiliers above the drop off and, this week, curious Dogtooth Tuna coming in from the pelagic realm to accompany divers. Anne George, was enthralled to watch a large male Hawksbill turtle swim over to Tarryn Herschel and high-five her with his extended flipper! 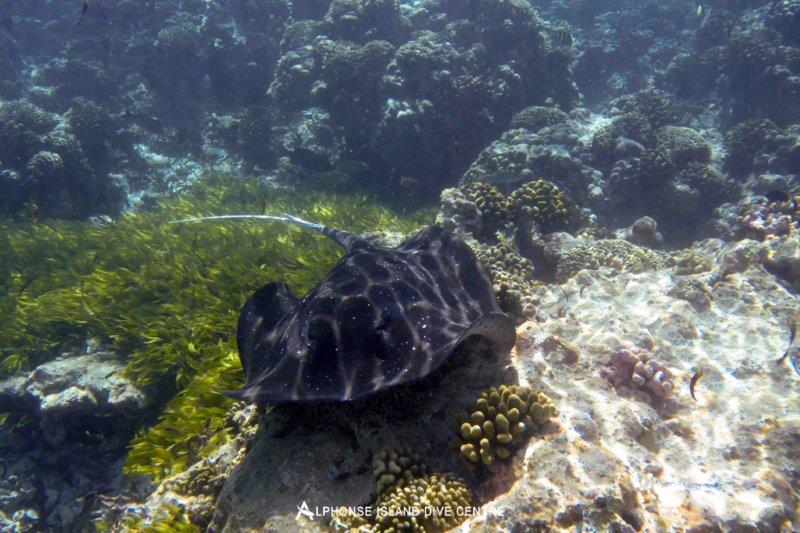 For a closer look at macro-life, eager divers Anne George and Chris Strahl waded out to the House Reef under a purple Frigate-filled sky for a spectacular night dive. The zooplankton-rich water was the highlight of the dive as we saw these tiny creatures caught in the feeding tentacles of the corals. This amazing spectacle was seen again with the translucent tube worms that spread like spiders across the sand’s surface. Other species of shrimp, crab, cowrie, sea cucumber and sea urchin also joined in the night time feasts. 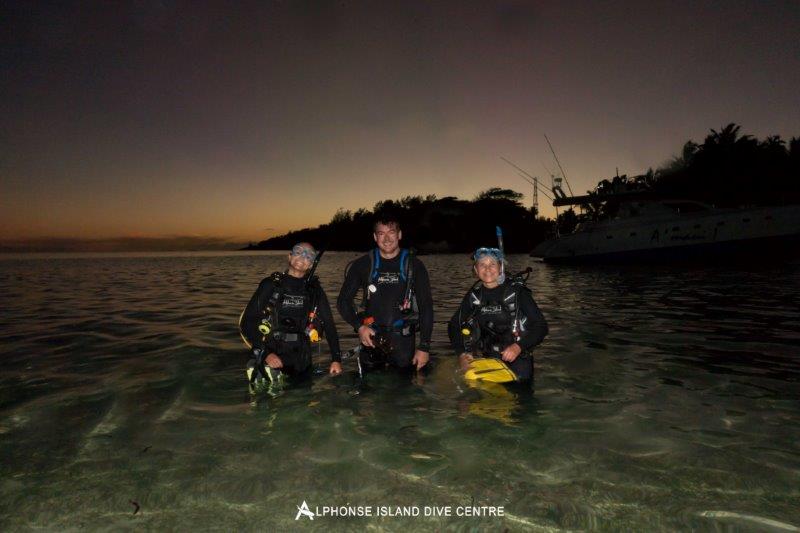 The dive team have also been making many snorkel excursions with the best moments being: when Anne Leigh swam with a turtle on the House Reef and a Marbled Ray at Blue Roundabout, when Anne George spotted a gigantic Napoleon Wrasse and many Permit on the Channel Reef and when Stuart Petrie could not stop smiling in the crystal clear waters of God’s Aquarium – a psychedelic rainbow of Turtles, Snapper, Goatfish, Emperor, Tang and Needlefish. 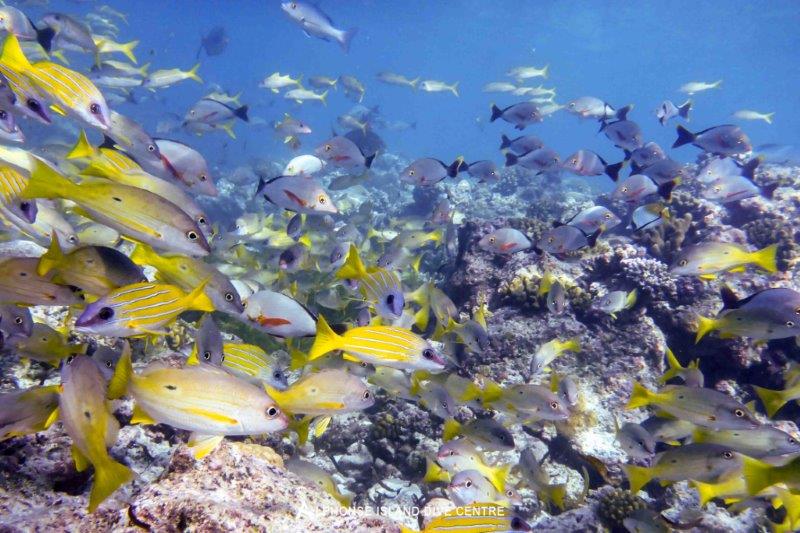