I have missed the Alphonse blogs, pure escapism from this prolonged grey and wet period in the UK.  I felt from the last blog report that there was an image missing, one that I really wanted to be able to post and received over the weekend.  For the lady angler, Cheryl, who landed the GT below, on an 8# and with a bonefish fly sincere thanks for showing the men that it isn’t all about the big rods and brute strength.  Charlotte. 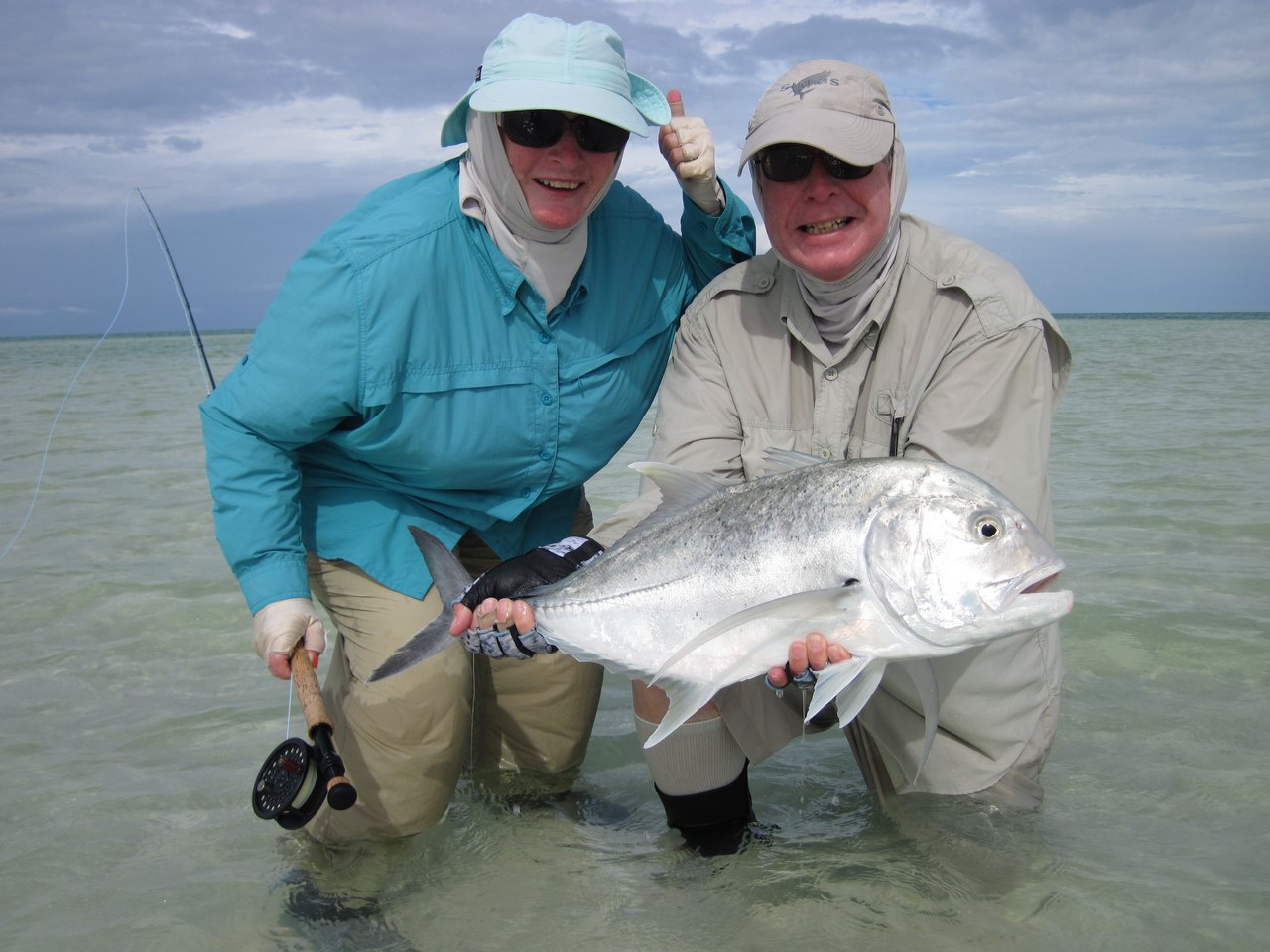 Week 15 marks the half way-point in our Alphonse season, which is of course a great time to reflect on all the fantastic moments and fish catches.  Under the new umbrella of Alphonse Island Lodge Limited there have been subtle improvements to all aspectsthat contribute to a comfortable stay at Alphonse. At the top of the list is the preservation of the ecosystem that allows such incredible catches and a true indication of how they are succeeding is the fish reports. 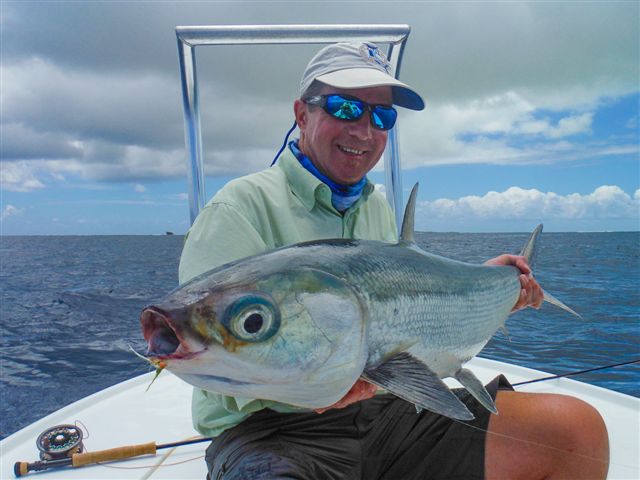 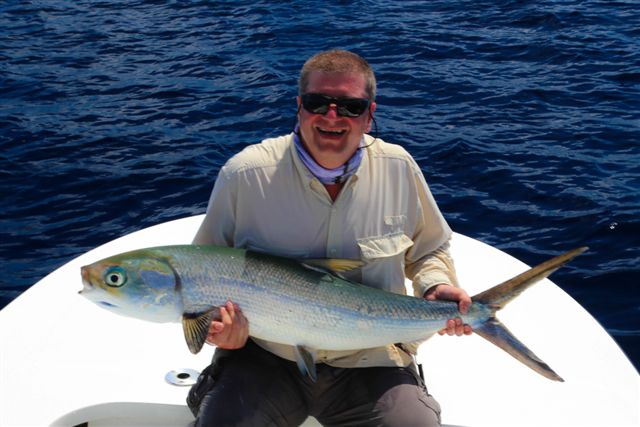 Week 15 started just the same as most weeks of the season.  The bonefishing was magnificent and so were the other species. John Horlock was the first of the week to land a mikfish followed by Matthew Espen who fought his fish for 1 hour and 45 minutes on a 10 weight. The fights have been gruelling of late with not many people managing to subdue the mlks in under an hour. Christian Zolles fought a massive 40 lbs milkfish for over 2 hours on a 10#. The fish travelled almost four kilometers during the fight and was finally subdued half way to “Canal la Mort” channel. 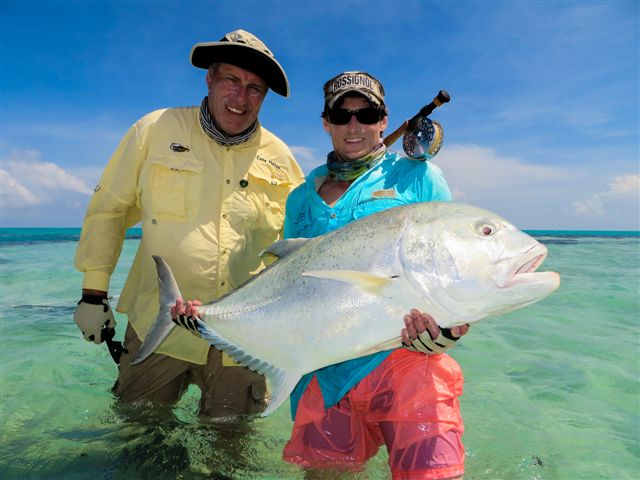 There was a good number of GT’s taken with Matthew Espen’s 45 lbs being the biggest of the week.  This slab of a fish was caught by casting a NYAP to some cruising rays inside the lagoon. Luck was on the anglers side as the monster ought an intense 20-minute battle through a bommie infested part of the lagoon. 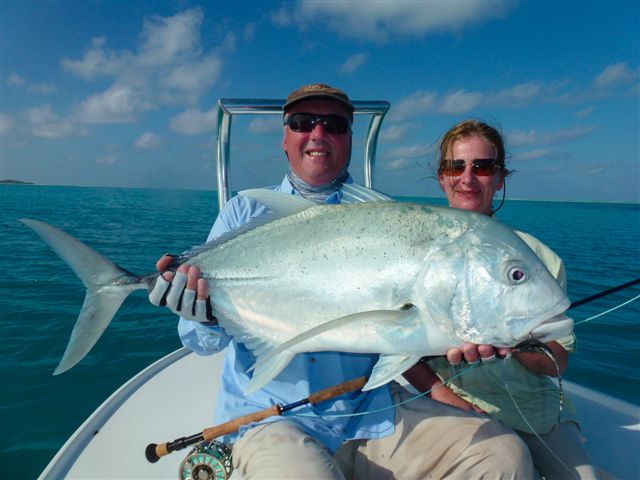 The triggers where taught a good lesson this week as Peter Kremser landed a brace. 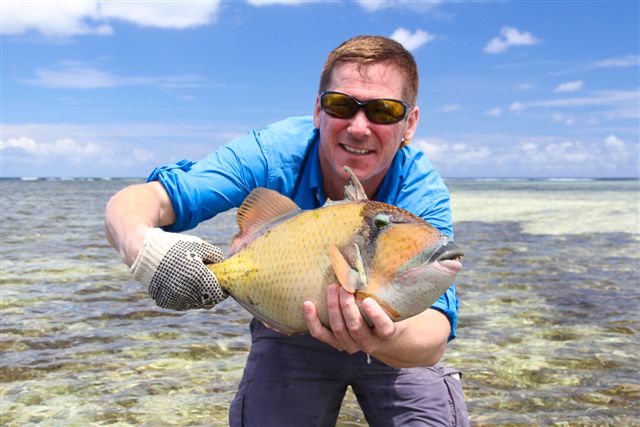 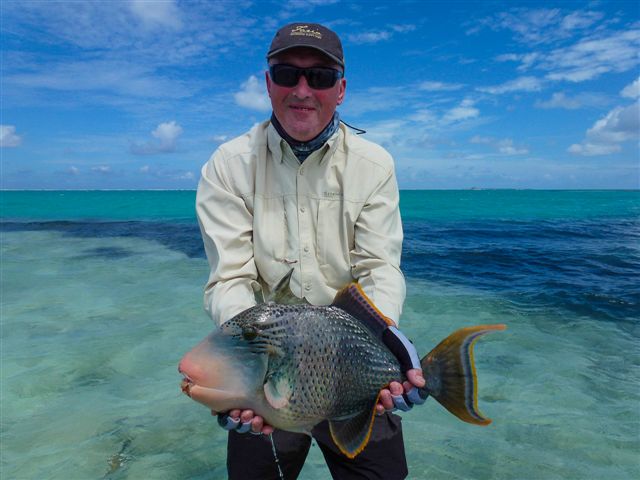 The bluewater has been equally impressive with dogtooth tuna of up to 50 lbs landed, rosy jobfish, black trevally, grouper and a GT all landed during the course of the week. 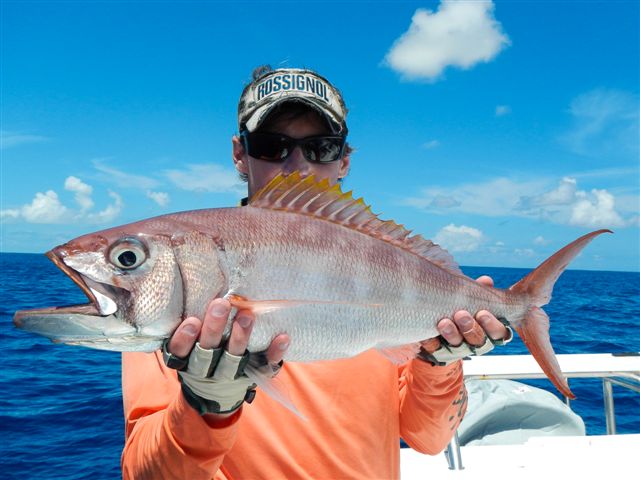 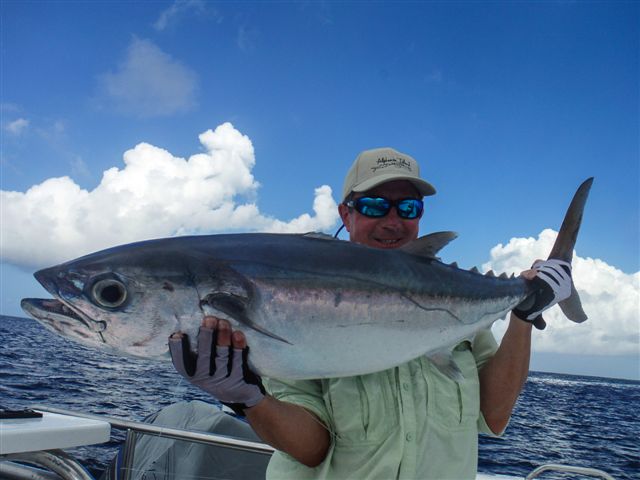 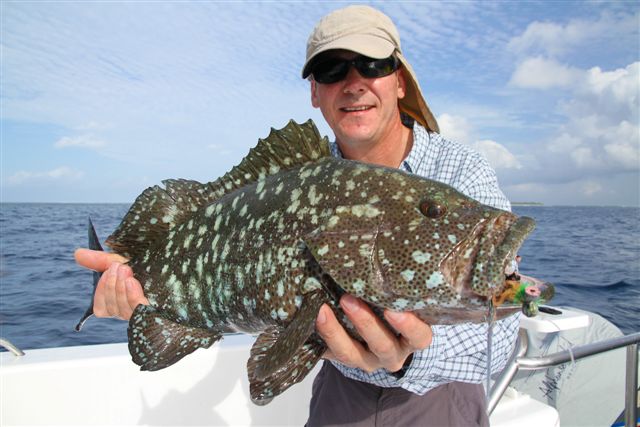 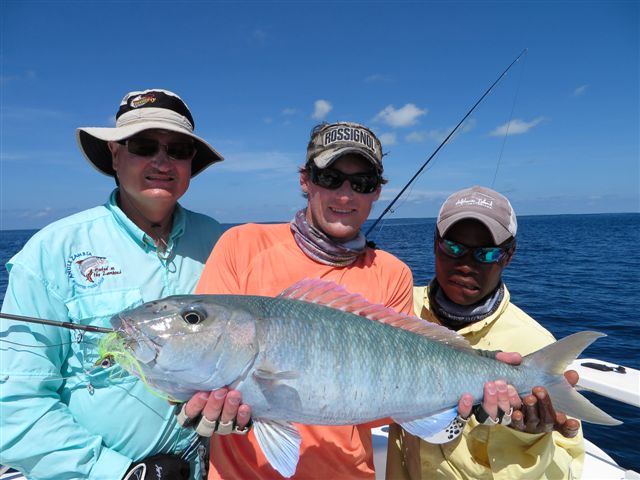