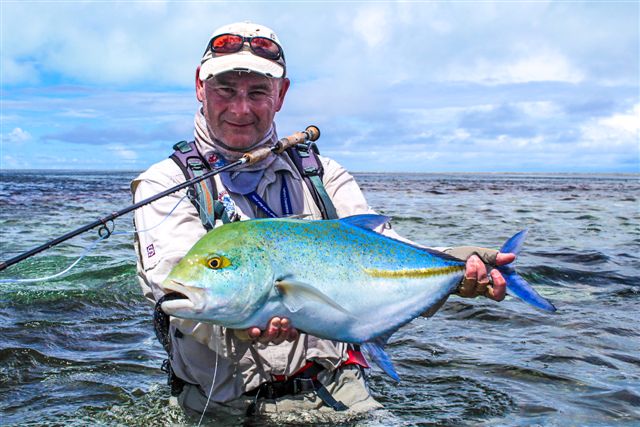 The sound of spinning blades made way to the friendly banter from a new team of anglers as the plane opened its doors. Along with the fresh faces came a bout of sunny clear skies, which helped kick start the week with some incredible bonefishing. The dropping tides proved to produce the most amazing fishing for tailing bonefish as they caught a final feed before heading off to deeper water. Some teams even experienced hours of casting to big fish as they foraged with their backs completely out the water – enough to put a smile on any seasoned anglers face. Spots like “Morning Traffic” and “Bonefish Highway” held incredible amounts of eager hungry fish throughout the week. 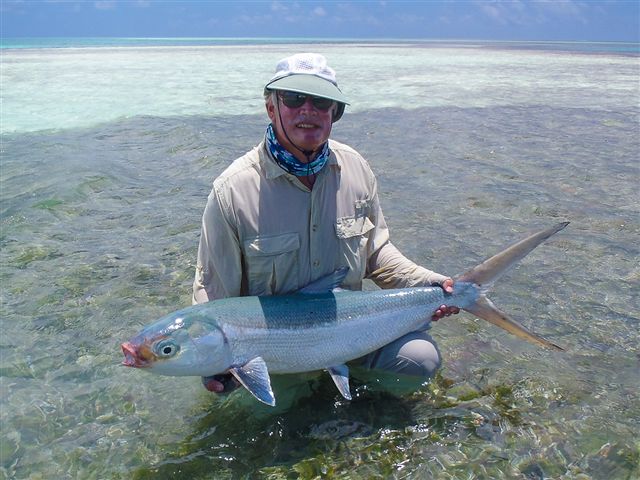 The milkfish are back on the feed as Pelham Aldrich-Blake and Patrick Delavue found out when teamed up with Serge Samson, their guide for the day.  Both rods had numerous shots at these frantically feeding milkfish as they patrolled up and down the scum line to the Western side of St François. Patrick was the first to hook up and subsequently become unbuttoned when the hook pulled. It was Pelham who set the hook next,  which in turn led to an incredible and true to form milkfish fight. The energetic fish gave Pelham a good working over as it darted through the coral lagoon in an attempt to snag the leader. After a tiresome and lengthy fight a magnificent 30 lbs trophy was tailed, photographed and released to fight another day. 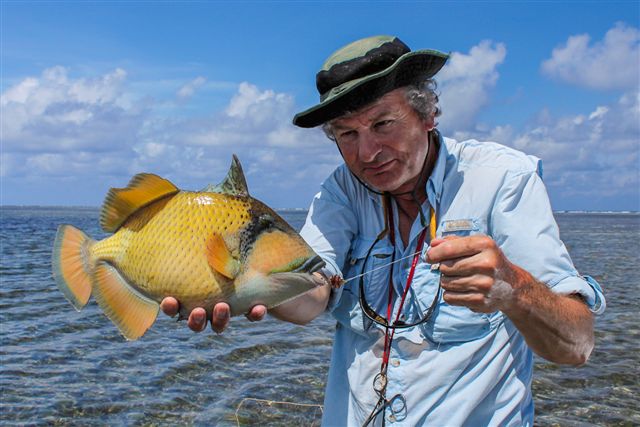 The beauty of St François and Alphonse is that it isn’t limited to the fishing; the wildlife on display both below and above the water is astounding. Some anglers this week took a break to do some snorkeling in a spot called “Gods Aquarium,” which is one of the most beautiful snorkeling spots in the Seychelles.  The crystal clear water, beautiful coral heads, magnificently coloured fish, inquisitive turtles and biodiversity all contribute to the underwater marine extravaganza. Paul Reddish and Ian who are very serious birders joined our naturalist Wayne Hasleau for a birding and fishing combo. What better than to walk the St François flats while fishing for bonefish and permit only pausing to admire the different bird species which shelter on St François for a portion of their year.  The area is known for the large numbers of migrant waders, frigates, boobies, shearwaters and its large colony of the very rare crab plover. The crab plover has recently been acknowledged internationally as a site of special scientific interest. 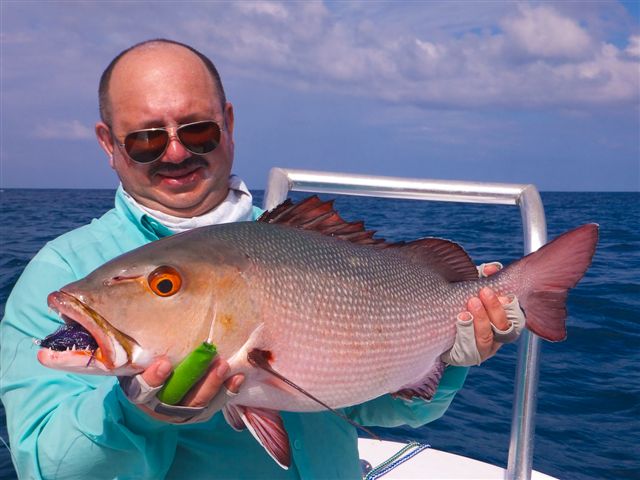 The bluefin trevally have been around in really good numbers all season and last week was no different as the teams often encountered these feisty feeders while following Rays in extremely shallow water. Pound for pound they are the hardest fighting trevally species making them really exciting to catch on lighter tackle. As always a good number of large predatory reef species, like bohar snapper, job fish and grouper were caught by a number of anglers outside the reef. It wasn’t really a firecracker week for landed GT’s even though there where still some nice fish caught in the 20 to 40 lbs range, both on the flats and in the surf. The biggest fish of 40lbs was caught by Ian whilst cruising the inside of St François lagoon. Paul Reddish ended the week off in true style as he landed  a nice Alphonse permit on Saturday before jumping onto the plane. 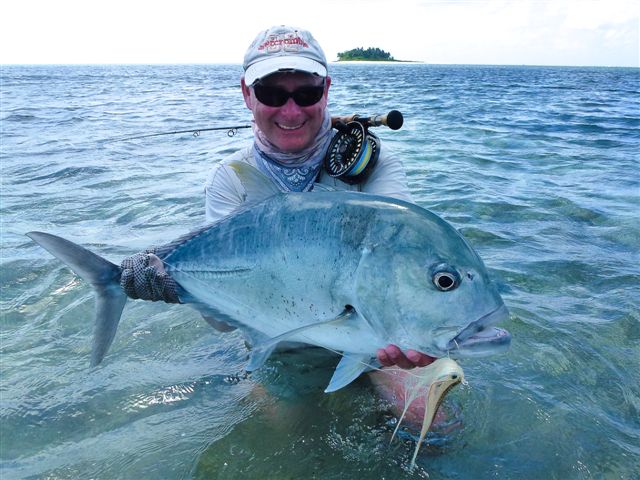 Thanks form the Alphonse team to the wonderful clients from last week. Tight lines and bent rods! 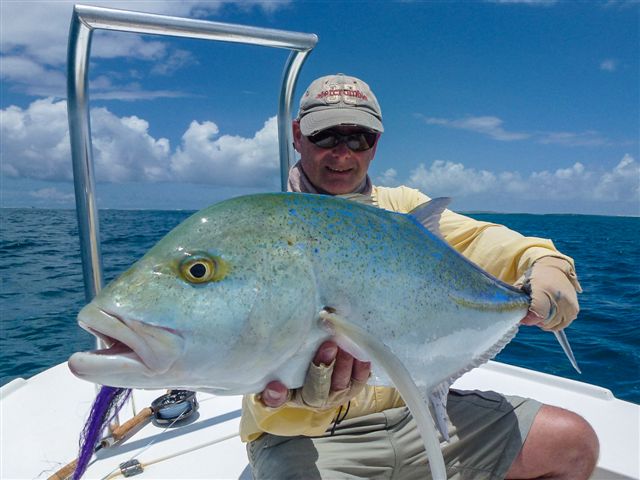