Home | Fish Tails Blog | Alphonse Island report: 1-8 December 2012
What an amazing week’s fishing it has been as “Milkfish Mania” continued for the fifth consecutive week. It’s evident that our healthy population of Milkfish are back to stay as our continued conservation ethics start baring fruits for the future. 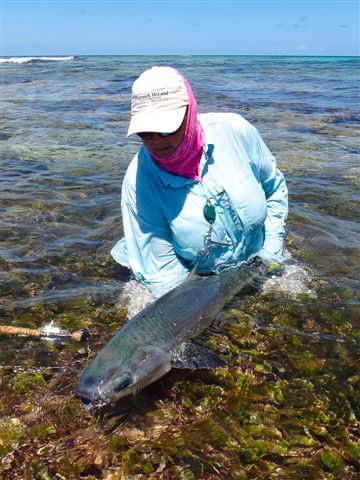 In the last 3 weeks our anglers have averaged 11 milkfish landed per week, for a total of 33, which means that over 100 had to be hooked. In the past the total tally for a season has been 17, which shows how healthy the milkfish population has become.  The week started with a flurry of milkfish as 3 magnificent specimens were landed by our British team on the first day. The second day saw even more being hooked, jumped, lost and landed. 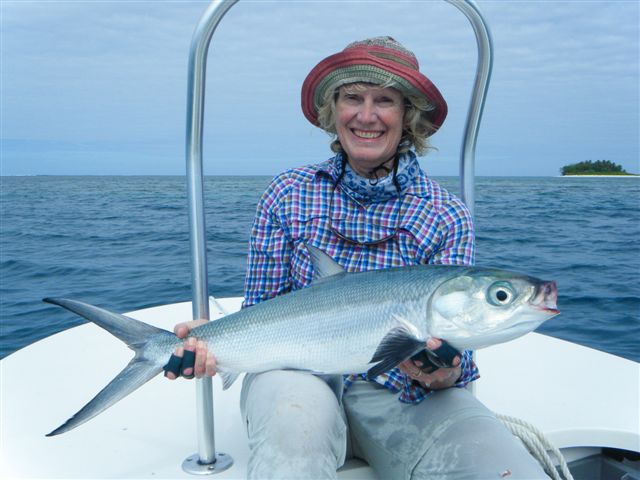 As the week progressed and the weather changed from bright sunny skies to one day of terrible rainy weather. Even with the weather the landed Milkfish numbers continued to increase. Not only have there been lots of milkfish but they have been big as well with numerous fish in the 40lbs range being landed. 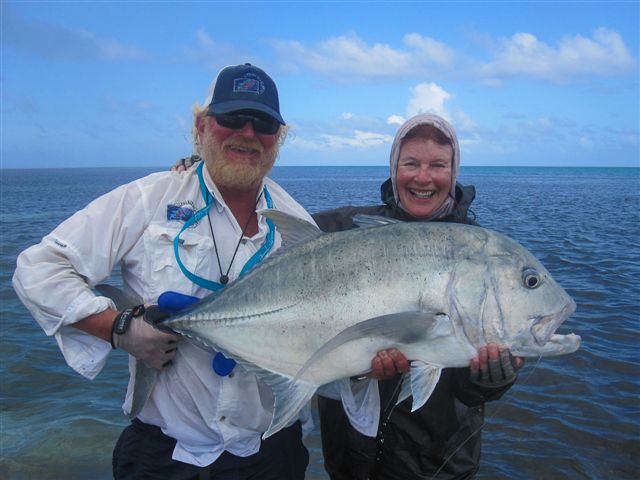 The GT’s were also around in good numbers, even if they ignored the fly on most occasions. The action got really hot around mid-week with a fair number of fish sighted and many of these were large and feeding up on the flats.  Jean landed a 40 lbs GT which add to her already amazing experience of catching a milkfish earlier in the morning.  The guides realized that the GT’s were hungry and feeding in the vicinity of the Le Passe channel. Mike had his fly line removed by a 50 lbs plus GT’s which smashed a NYAP popper, went off on a ferocious run, resulting in a line being lost to coral. There were numerous other big fish hooked while casting the big NYAP popper designed by James Christmas, which seems to drive the GT’s crazy. 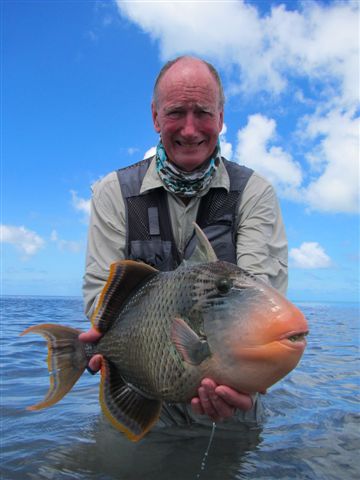 The bonefishing was its normal grand self as everyone had numerous fantastic sessions while fishing for these wonderful tailing grey ghosts. 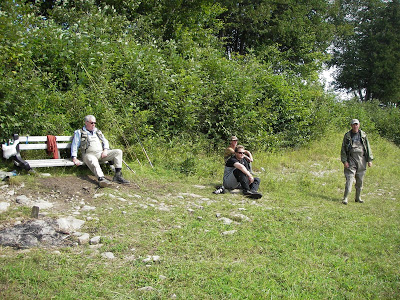 Mike landed the biggest Yellowmargin Trigger of the week which ate a crab fly and gave him a fantastic fight. There were also some Yellowfin Tuna, Green Jobfish, Grouper and other reef fish caught while fishing offshore, which added to the diversity of species caught. What a great place we are fortunate to experience! 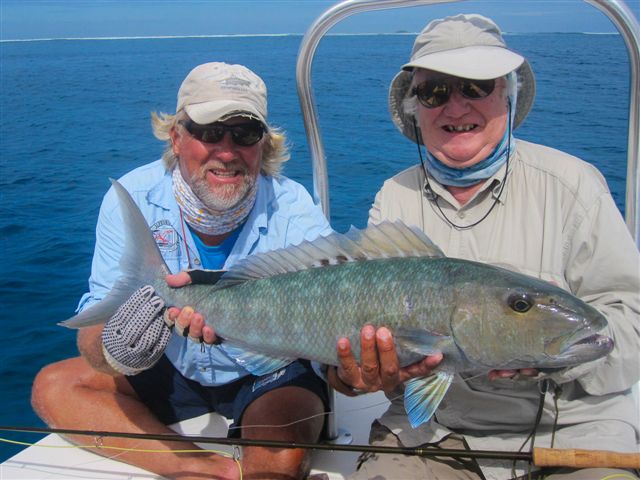 Tight lines from the Alphonse Team! 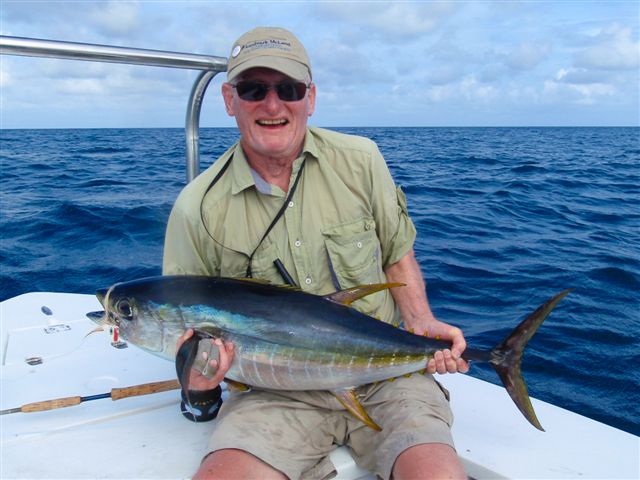