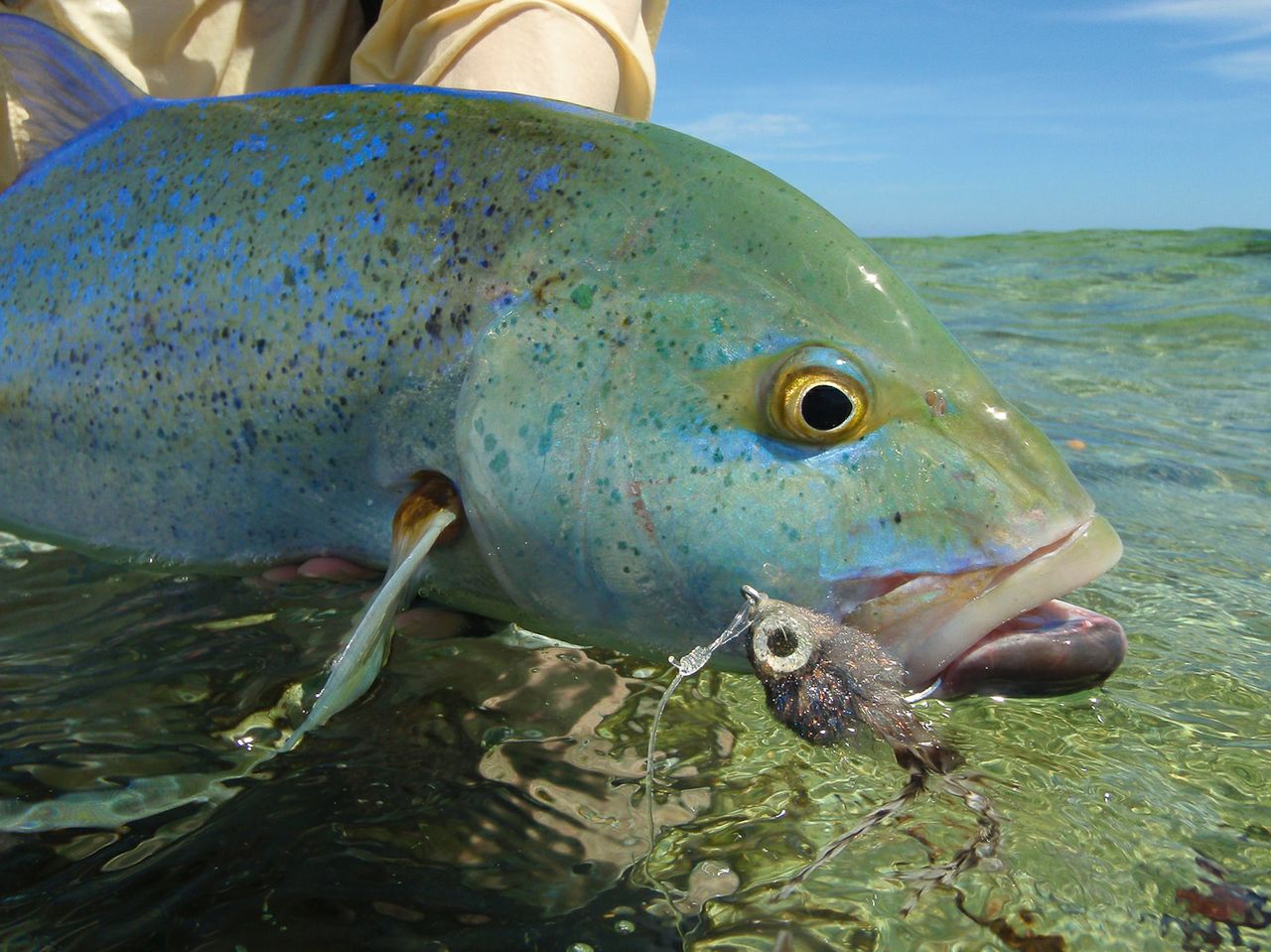 The records keep rolling in! For the first time in the history of Alphonse Island, all the guests caught a Milkfish on the same day, some even catching two. The Milk-fishing this week has simply been “off the charts”, as not only have there been extreme amounts to target but most of these have been above the normal average size, with numerous over the 40 lbs mark hooked, lost and landed. 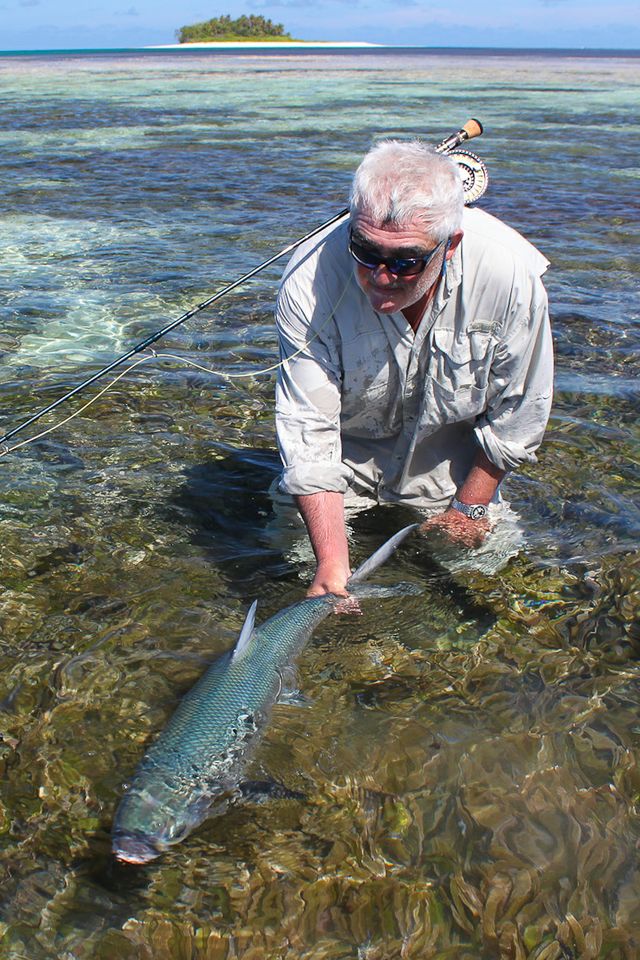 When the fishing is as good as it has been, it’s impossible to keep track of the fish that were jumped and lost. During numerous sessions the guides and fisherman witnessed many hooked fish jumping while removing hundreds of meters of backing from the anglers reels.  All the boats saw large quantities of Milkfish providing all the anglers with great chances of catching this powerful fish. 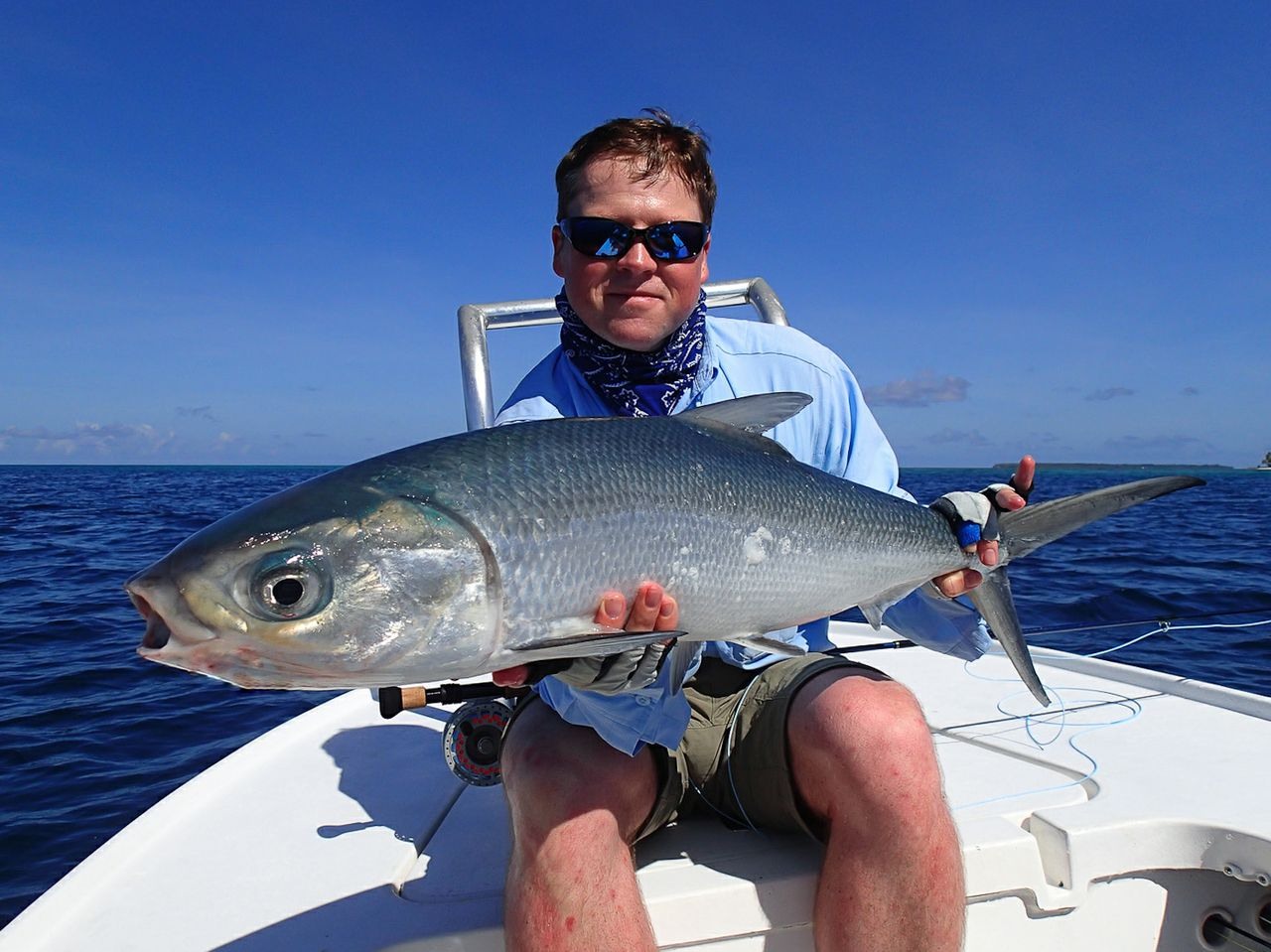 The angling conditions and mid-morning bite during the latter part of the week was truly spectacular as calm and clear conditions prevailed. To add to this amazing experience, numerous extremely large Manta Rays, which make St François their home for the next few months joined in the feeding frenzy as they swooped through the large Milkfish shoals. 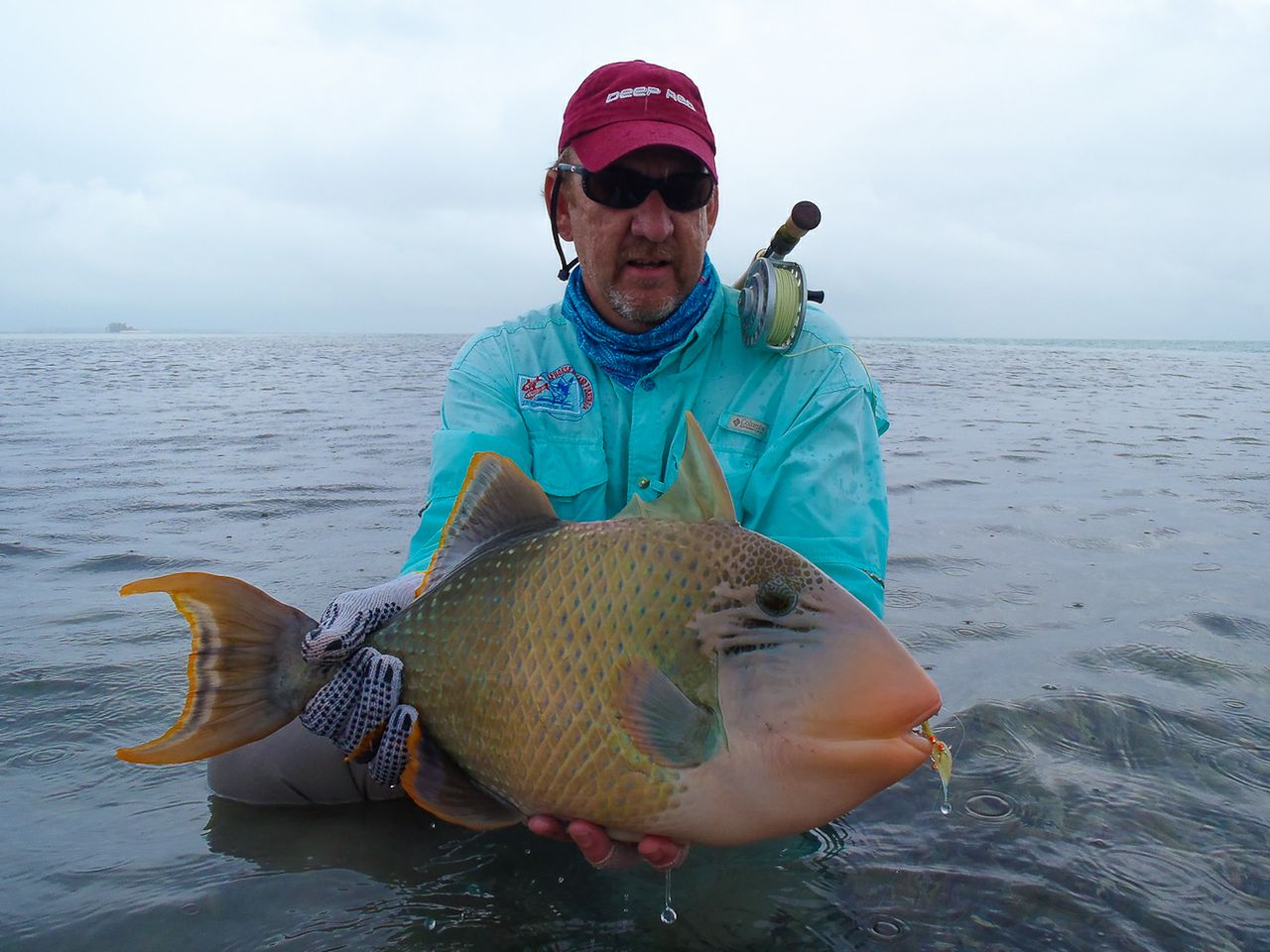 The Trigger-fishing was at its best earlier in the week when the neap tides were predominant. Andre who has visited us many times in the past caught 3 magnificent Triggers in one day. The brother team of Mark and Paul shared in a GT catch where they both cast at a hungry GT that was cruising with a Lemon Shark. The fish proceeded to eat both flies before cutting one angler off on a coral bommie allowing his brother to land the fish and enjoy a photo. 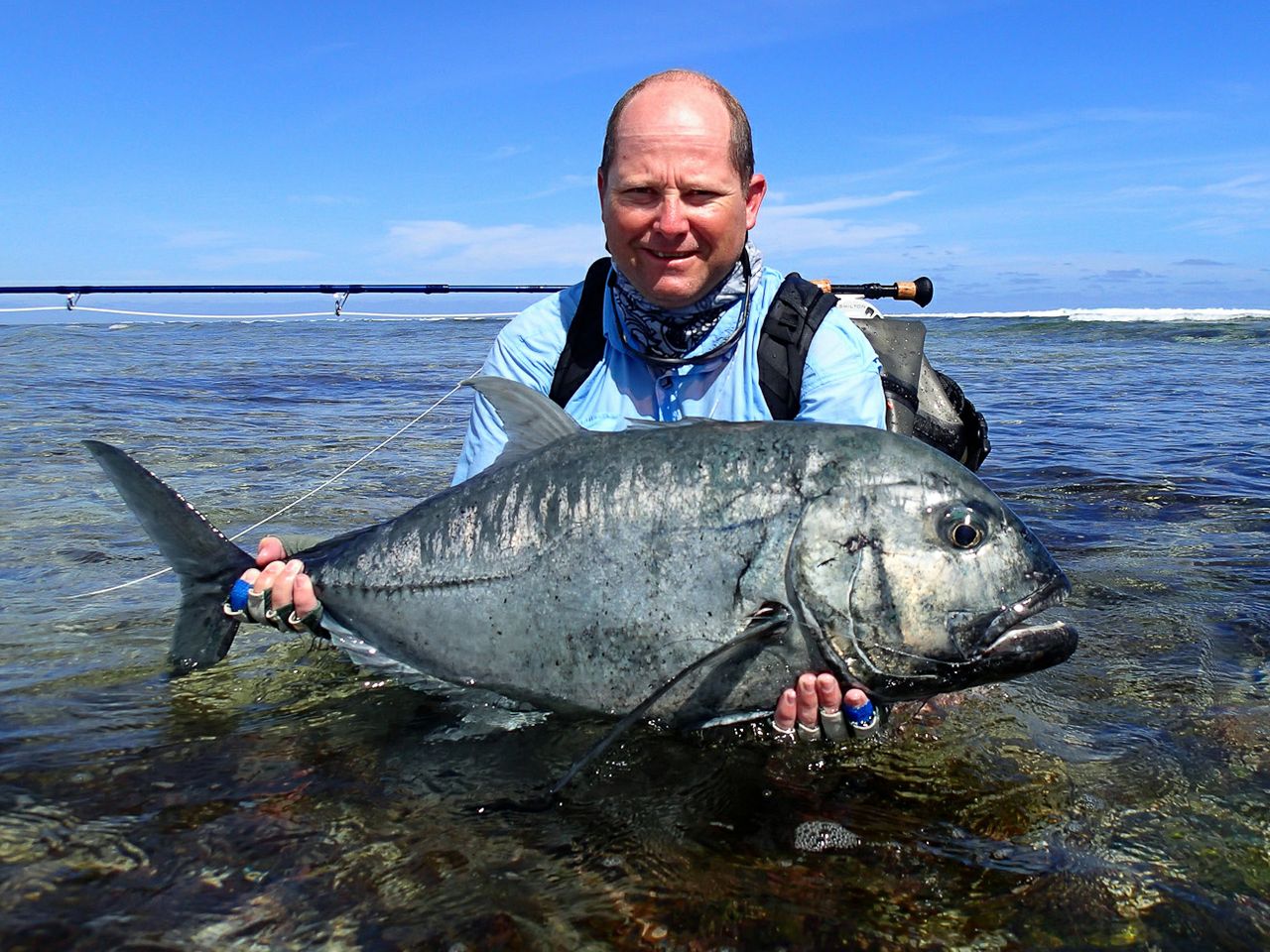 Maria whilst fishing the surf on the “wild side” hooked up on a very large cruising GT and fought it to a standstill on her favorite 11wt G-Loomis. Measured at well over a meter and estimated in the 70lbs range, this is once again a Alphonse record, which is the biggest GT landed by a lady angler on Alphonse to date. Joe hooked an enormous Permit whilst fishing his last day on Alphonse, which almost spooled him before breaking him off on his backing. All in all another great weeks fly fishing on the paradise destinations of both Alphonse and St François lagoons. 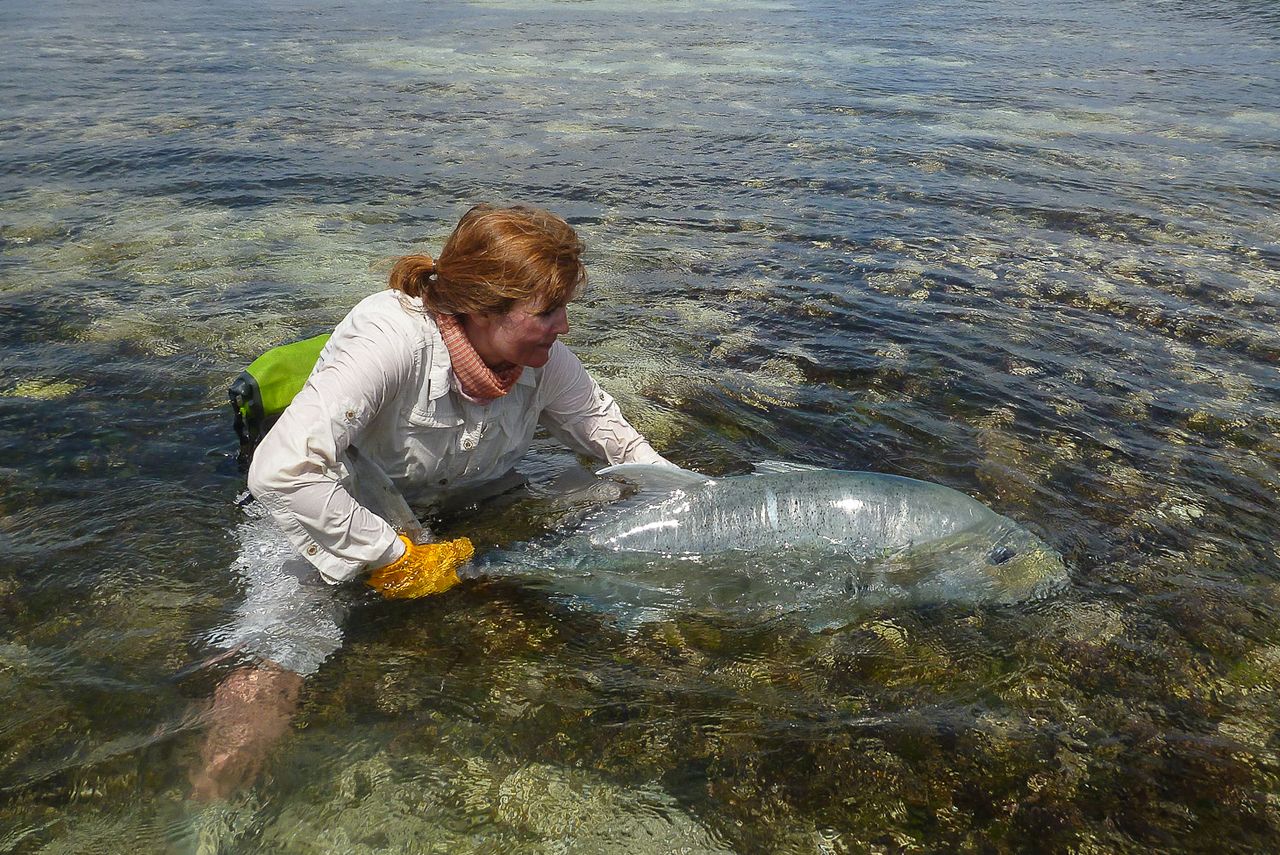 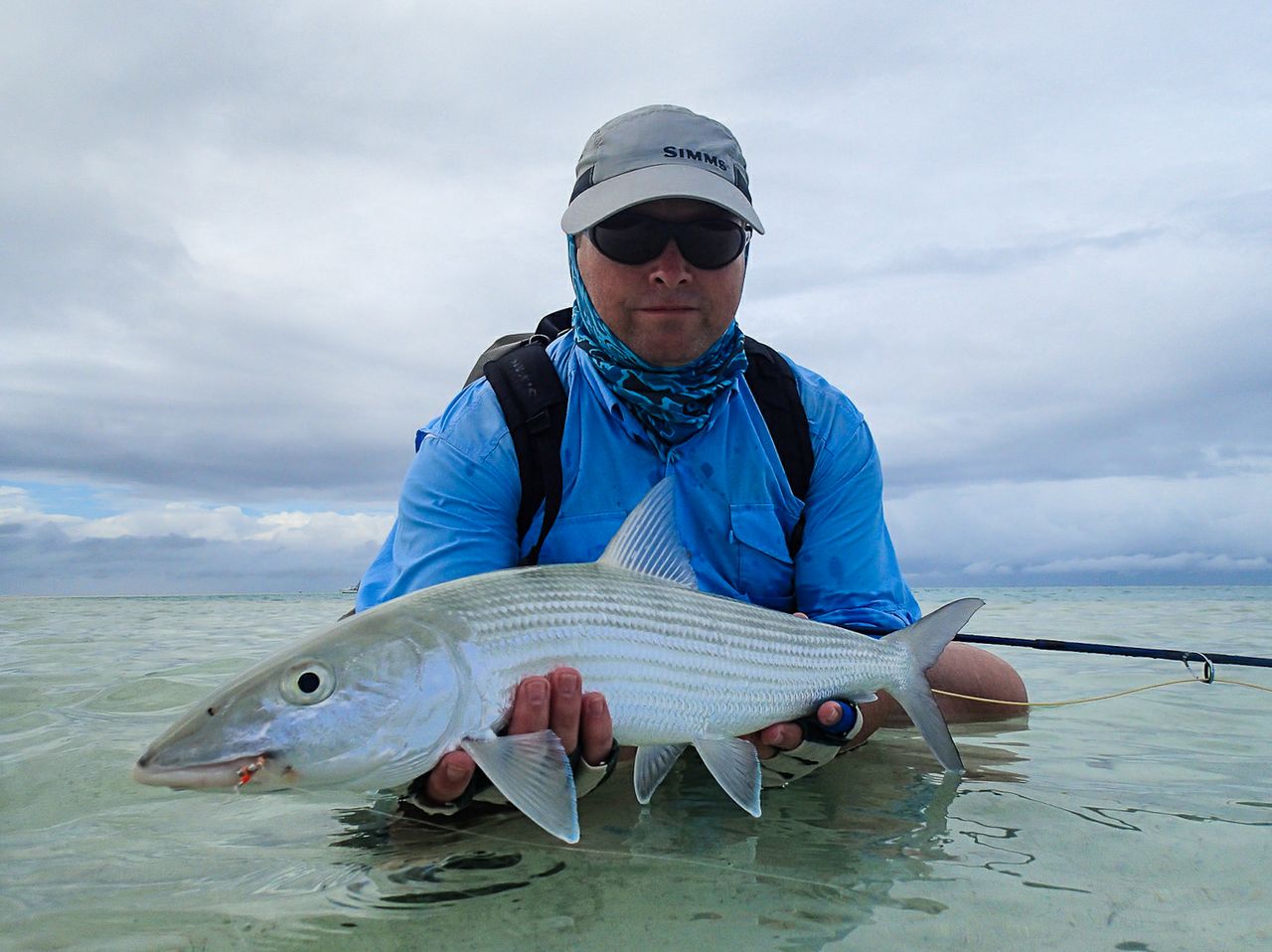