Alphonse and St Francois atolls continue to produce amazing catches on a daily basis and it is this consistency, coupled with the comfortable accommodation, fantastic food and friendly staff that make it one of the most desirable fly fishing destinations in the world.  Most recent report from Alphonse is below, grab a coffee and enjoy the read. Charlotte.

The ability to combine Alphonse with Desroches and Cosmoledo allows for a diverse and amazing experience that can be spread over several weeks and combine one, or all three, of the destinations. One such moment was when our long time fishing friends Maria Mazura and Joern Heiner got engaged on Desroches before coming out for a weeks fishing on Alphonse. 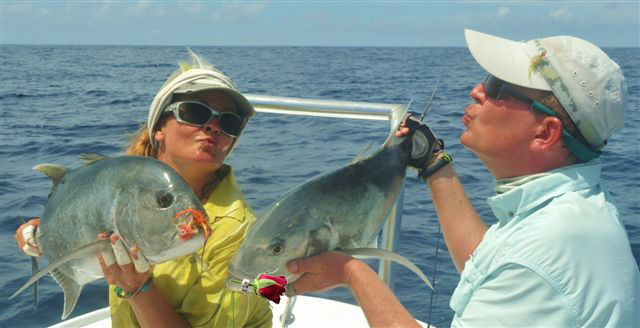 On the fishing front,  the bonefishing has been really good over the past 2 weeks with 921 being landed and some really big bonefish caught in the surf zones on St Francois, which adds to the excitement as the fish fight harder due to the cooler ocean water.

The variety of species on offer continues to impress, allowing anglers like Chris Rocker to achieve a flats slam by catching a giant triggerfish, superb GT and bonefish all in one day. The permit have also been around in good numbers and 2 lucky anglers were good enough to entice these finicky feeders to take the fly. Martin Harrison landed a 12 pound beauty and Joern Heiner landed one of the most memorable fish of the season, a brand spanking 15 pounder, after a stressful fight that lasted more than 20 minutes. When finally netted, the bronzed Indo-Pacific Permit measured 67cm. 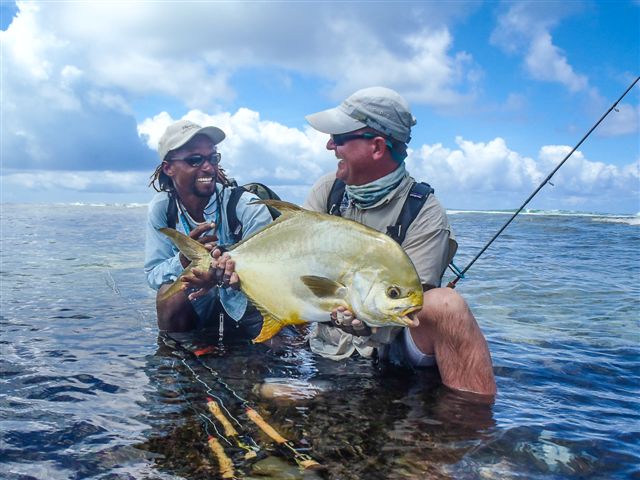 The triggerfish catches have been on the increase, with Matt Harris, Douglas Baz and Tom Abraham landing a mixed bag of yellow margin and moustache triggerfish.

The milkies continue to feed nicely both inside and outside the St François lagoon. Philip Sorenson hooked and fought a super strong fish, which jumped 3 times before dragging the skiff 2 kilometers out to sea. This epic battle lasted 2 hours and 10 minutes before his guide, Wayne Haselau, slid the net under the fish to claim their 30 pound prize. Filippo Sabatini also landed a nice milkfish after a 2 ho r flight which included a series of comedy errors when the reel fell off the rod ….. twice. 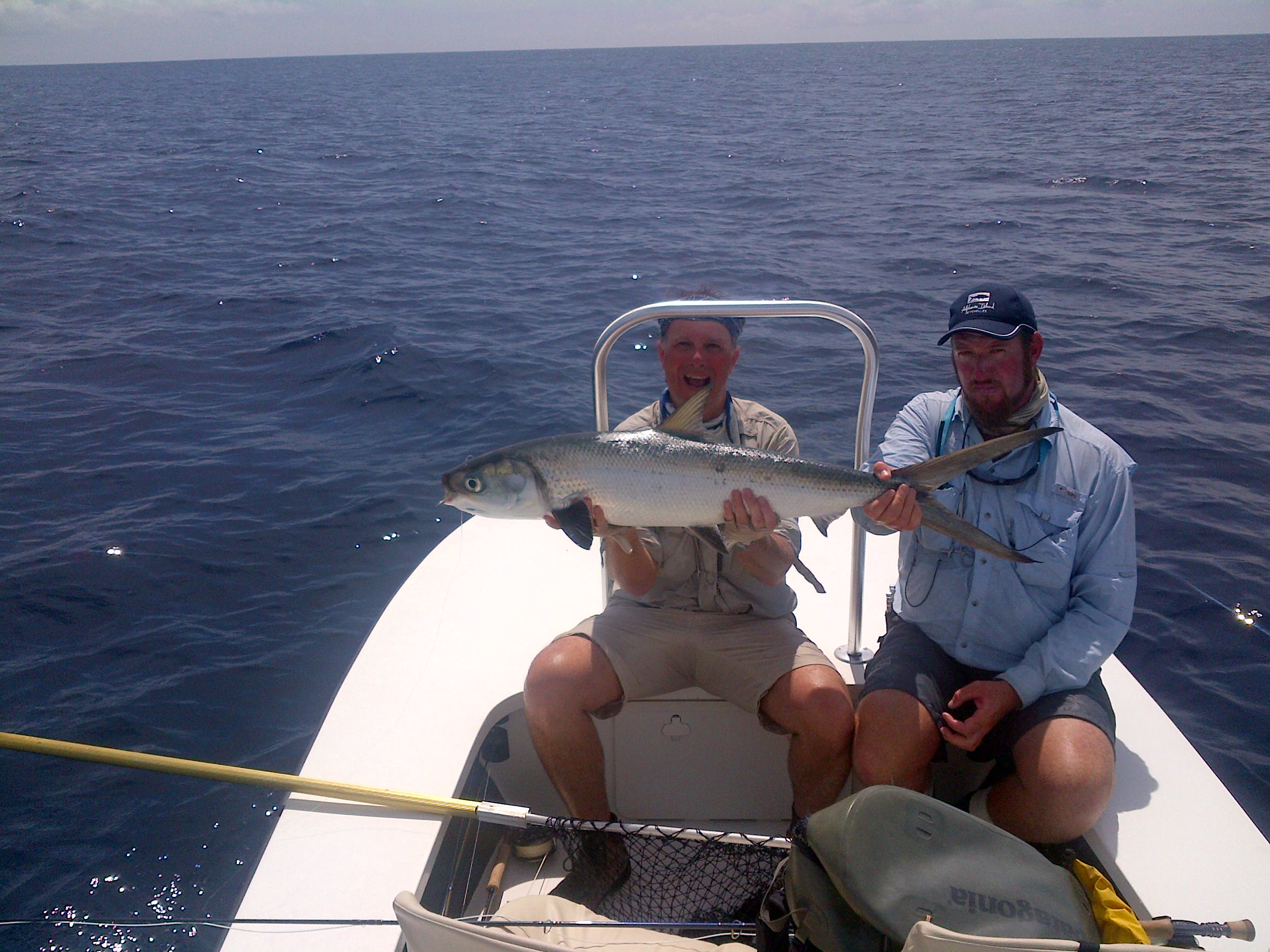 The GT’s have been a little erratic over the past fortnight which has meant that the team have had to use various techniques like patrolling the drop offs, casting NYAP’s in the channels, doing a bit of dredging and of course chasing them up on the white sand flats. Hugh Law, Tom Abraham, Brian Mclean, Giacomo Calvi, Joern Heiner, Maria Mazura, John Green and Filippo Sabatini all landed nice GT’s during the period with some of the anglers landing as many as 4 in a session. 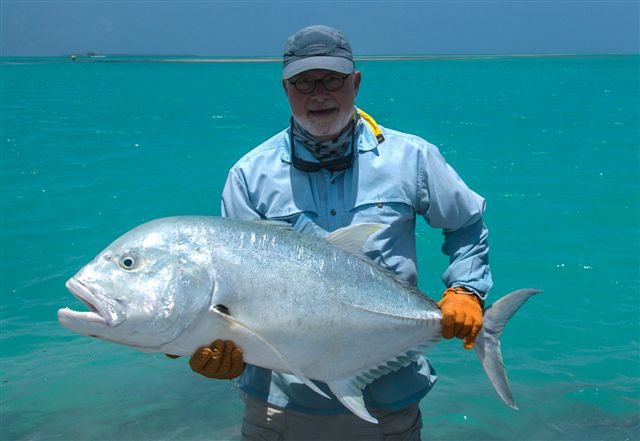 The bluewater has been on fire at times with more than 10 sailfish being teased in a 3 hour session. Maria Mazura landed a trophy fish, which took 300 meters of backing in the first run and jumped 12 times. A great many interesting reef species were targeted while dredging such as rosey jobfish, lyretail grouper, pearl spotted groupers, blue fin trevally and dogtooth tuna. 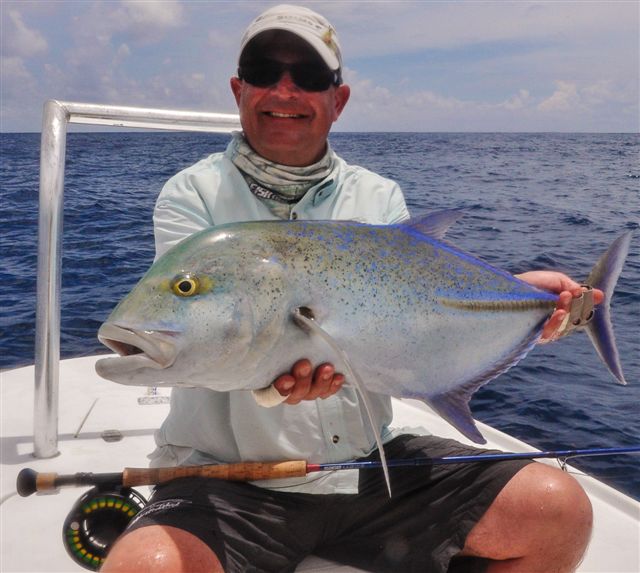 If you are interested in heading out to Alphonse, Desroches, Cosmoledo or any of our other Indian Ocean destinations, please contact Charlotte Chilcott or call our office on +44(0)1980 847389.

It is still not too late to book up for Alphonse this season. Although all weeks are currently full, space may become available and we will keep you updated of any changes.