Completing the 17th week of the season, to start another with a bunch of fresh and eager anglers is a boosting experience for any guide team. It’s even better when the guests have a combination of over 50 trips to Alphonse over past years. Some guest arriving to complete their 8th trip, with expectations of repeating the wonderful experiences they have had on their previous visits. What a real treat to see so many familiar faces, their past memories and wealth of St François flats fishing knowledge. 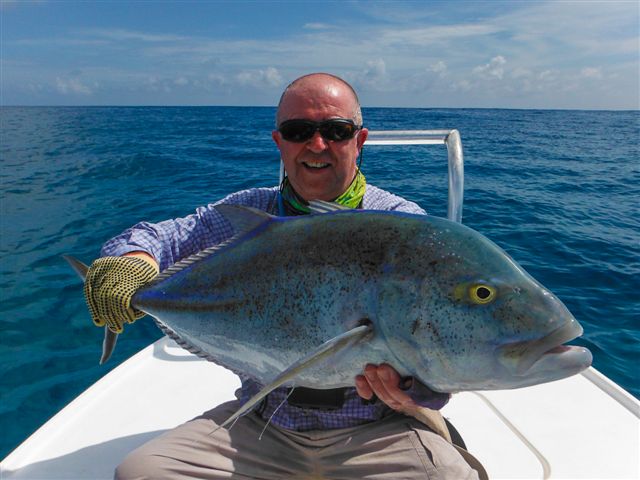 The guides were energised as they reminisced about their past catches in preparation for week 18’s first trip to St François. 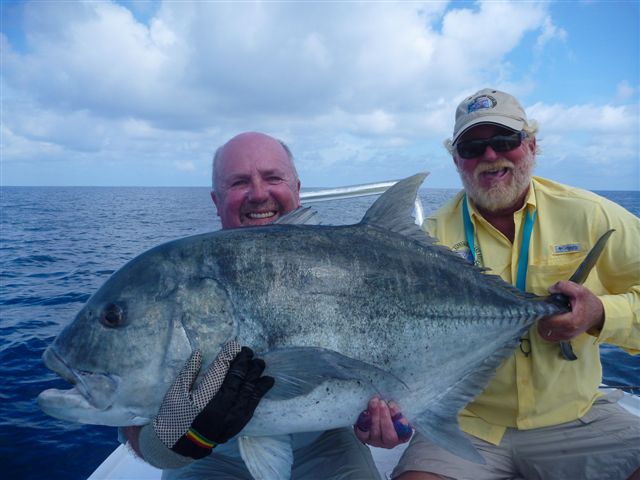 Day one started with a session of traditional “Bonefish bashing” as the teams loosened the kinks in preparation for the amazing diversity that both Alphonse and St François have to offer. 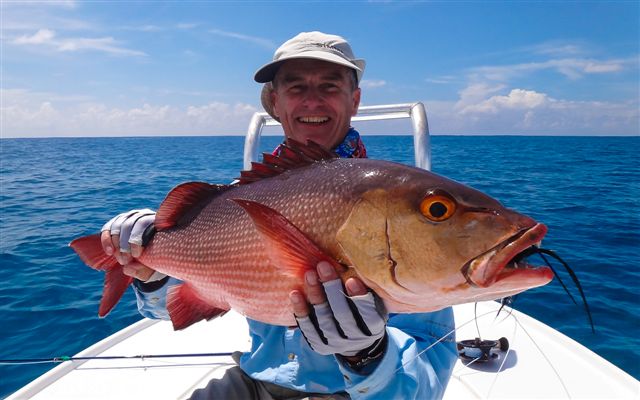 As the days progressed one of our Scottish anglers, Brian McLean had a fantastic session outside the reef while guided by Scott Keller. Bryan landed a truly magnificent 50lbs GT after a long tussle, some trophy bluefin trevally, a honeycomb grouper, a large jobfish and numerous bohar snapper, all in one session. 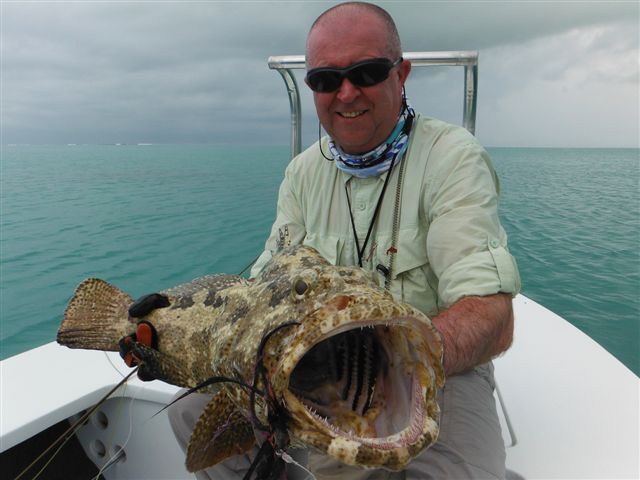 His fishing partner, Tom Abraham, also got into the thick of things landing some equally big bluefin trevally and a really large jobfish. 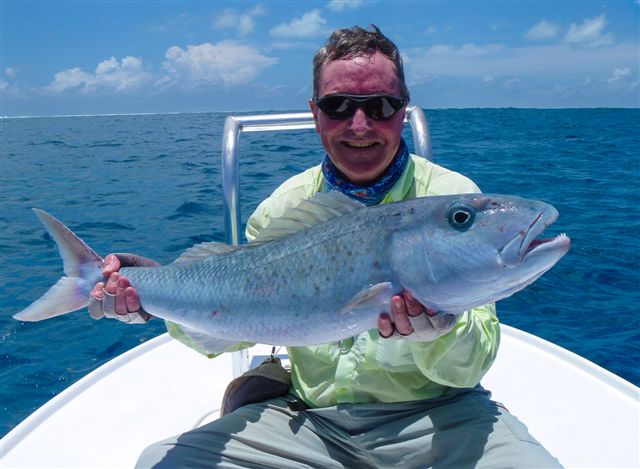 The week did see some adverse weather due to a depression situated in the Mozambique channel, which soon moved South bringing back the blue Seychelles skies and with it some feeding milkfish. John Green landed a 35lbs specimen, in difficult terrain whilst being guided by Serge Samson.  The aerobatic fight could be seen from across the channel as the milky dragged the skiff and anglers though all the various bommie infested areas in a bid for freedom. 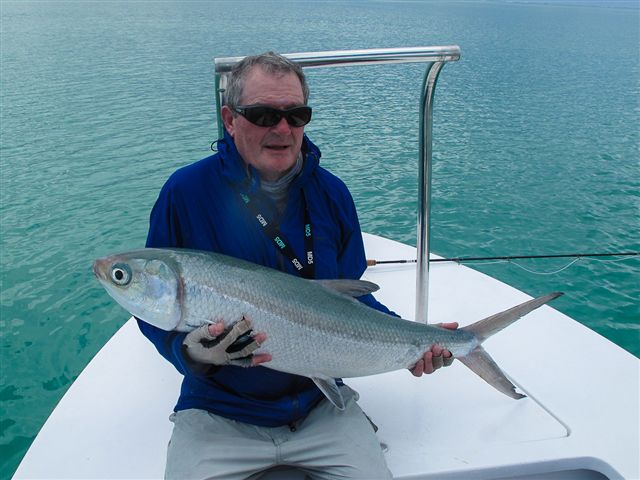 With great skill the team managed to avoid a cut leader, which had happened to a few other unlucky anglers during the week and landed the magnificent trophy of a specimen. John went on further to finish his week off in spectacular fashion by also landing a superb giant triggerfish whilst being guided by Alex Quatre. Once again Alphonse and St François produced a memorable experience for all guests. 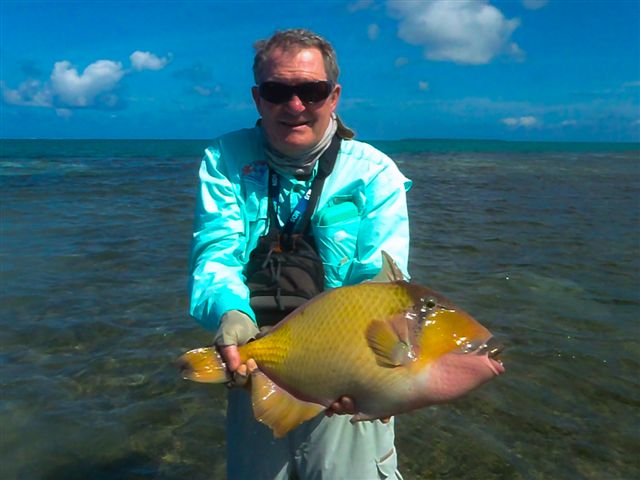