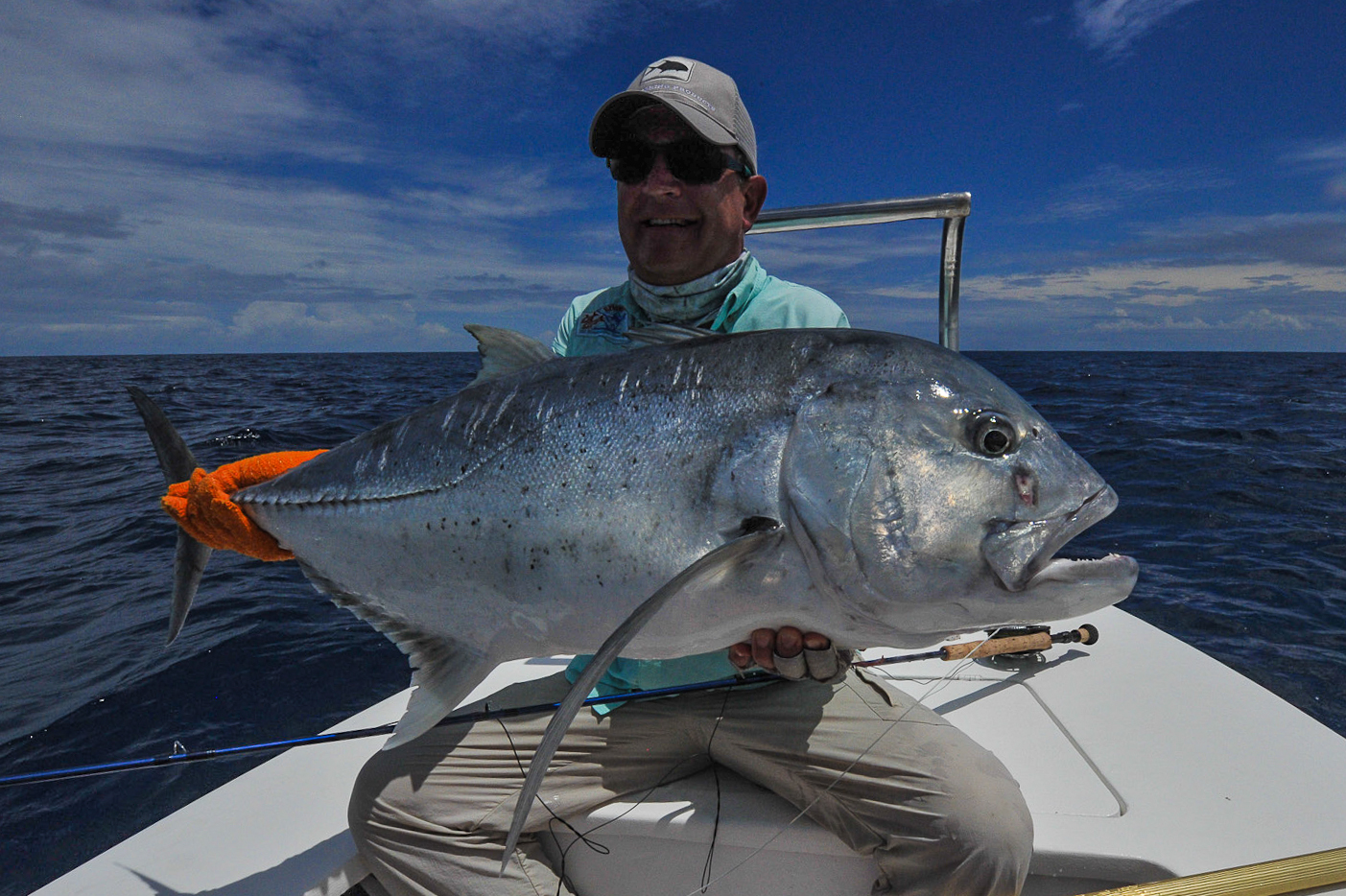 The week started with wet overcast conditions making visibility quite tricky at times. Most of the teams concentrated on the large numbers of tailing bonefish that St Francois is famous for. Its common that cool weather turns permit on to feed, and that it did with various teams reporting having shot after shot at these finicky feeding fish as they moved with the tide. 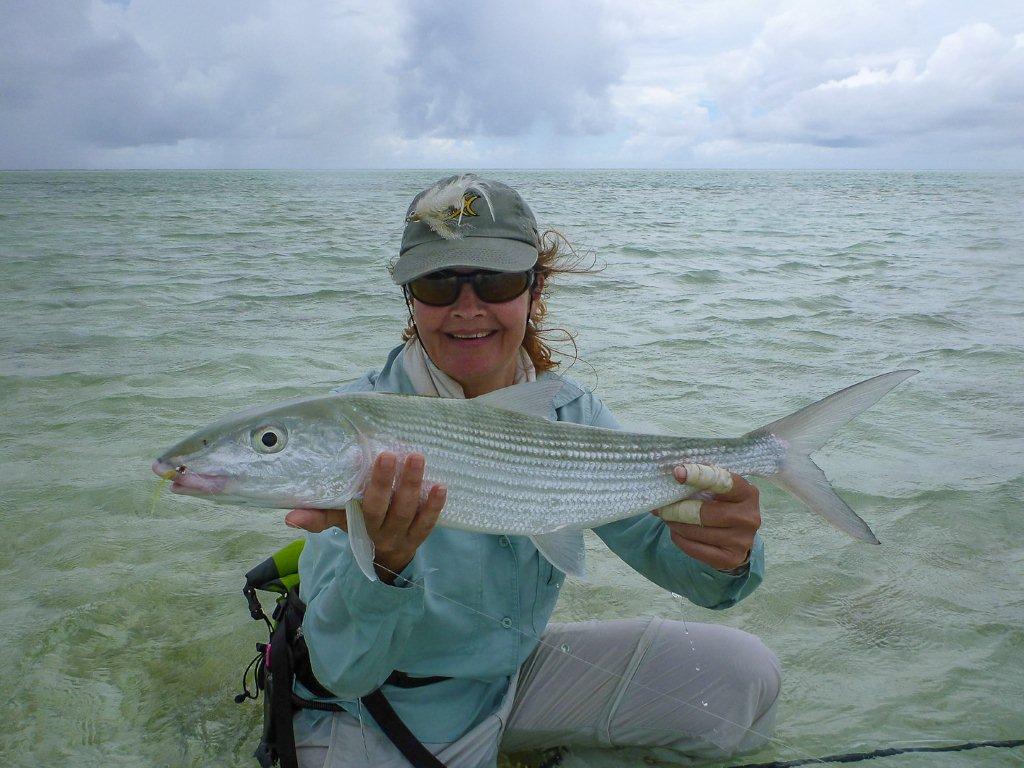 As the week progressed the weather brightened up and the visibility afforded the anglers some notice as the GT’s started presenting themselves.  Joern landed a 160cm Barracuda and his partner Maria landed a 95cm GT while fishing in the deeper water. 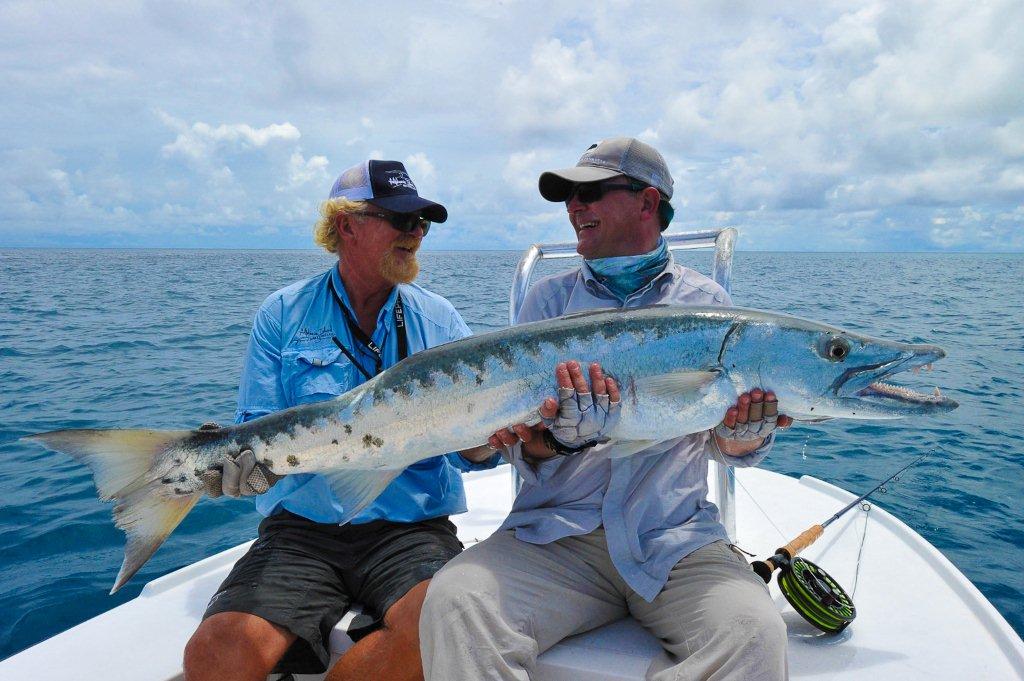 Neil had an exciting tussle with a trophy Bohar Snapper, which he won. The fish ate a NYAP and proceeded to do a dance through a field of coral before being apprehended.  As the week progressed the Milk fishing improved considerably and Bernd was the first to capitalize on a highly energetic fish. 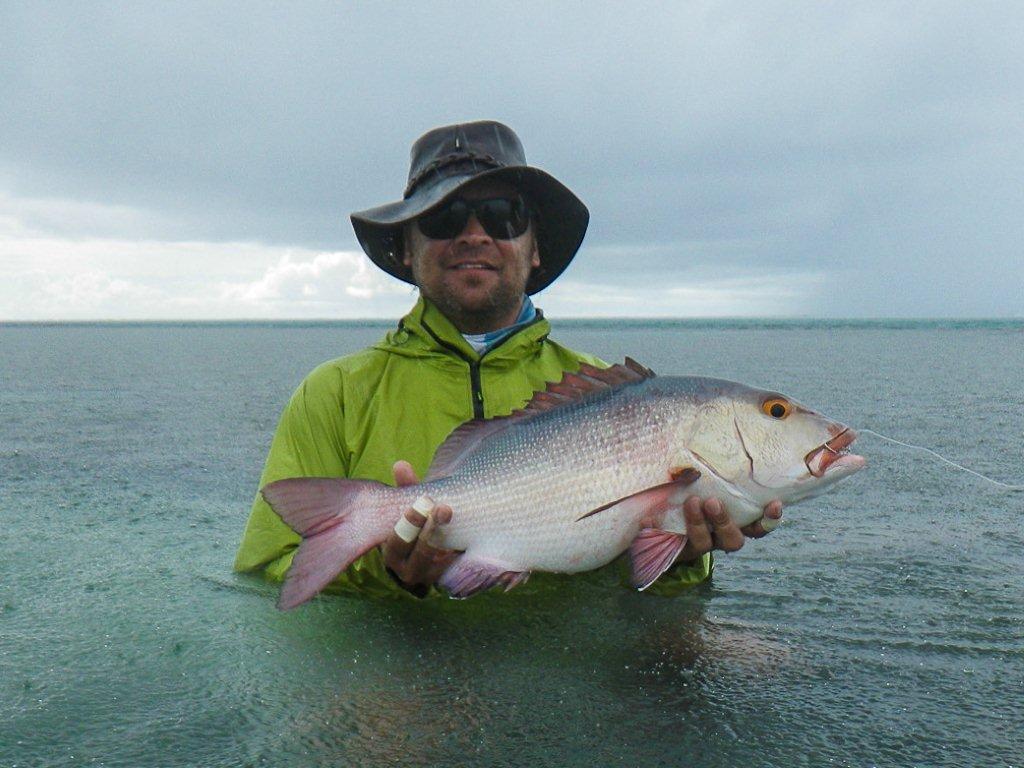 The fishing continued to improve  with Phil landing his first GT, Joern and Nina both landed their first large yellow margin triggerfish and Silvio landed his biggest bonefish of 24 inches. The sailfish were around in good numbers and Phil hooked three in a morning only for all of them to unfortunately come unbuttoned. 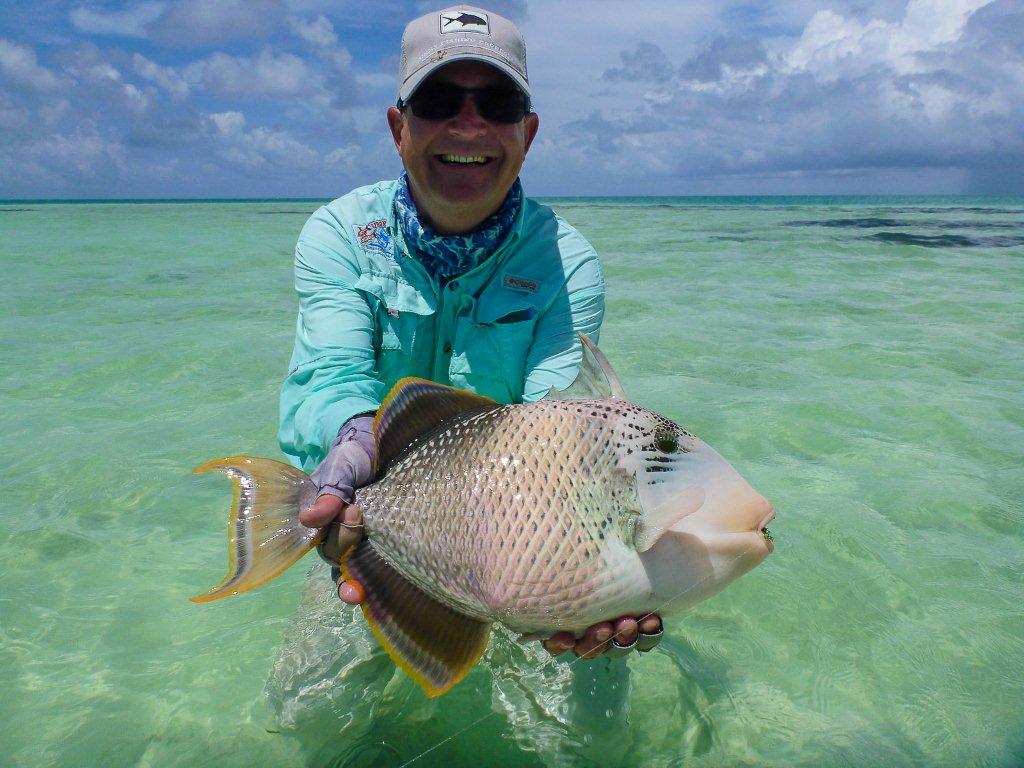 Later during the morning he focused his attention on dogtooth tuna and landed a magnificent 45 lbs trophy after a long battle on his 11 wt fly rod. As always the trials and tribulations are met with some unfortunates and Maria lost a really being GT due to a reel seizing. 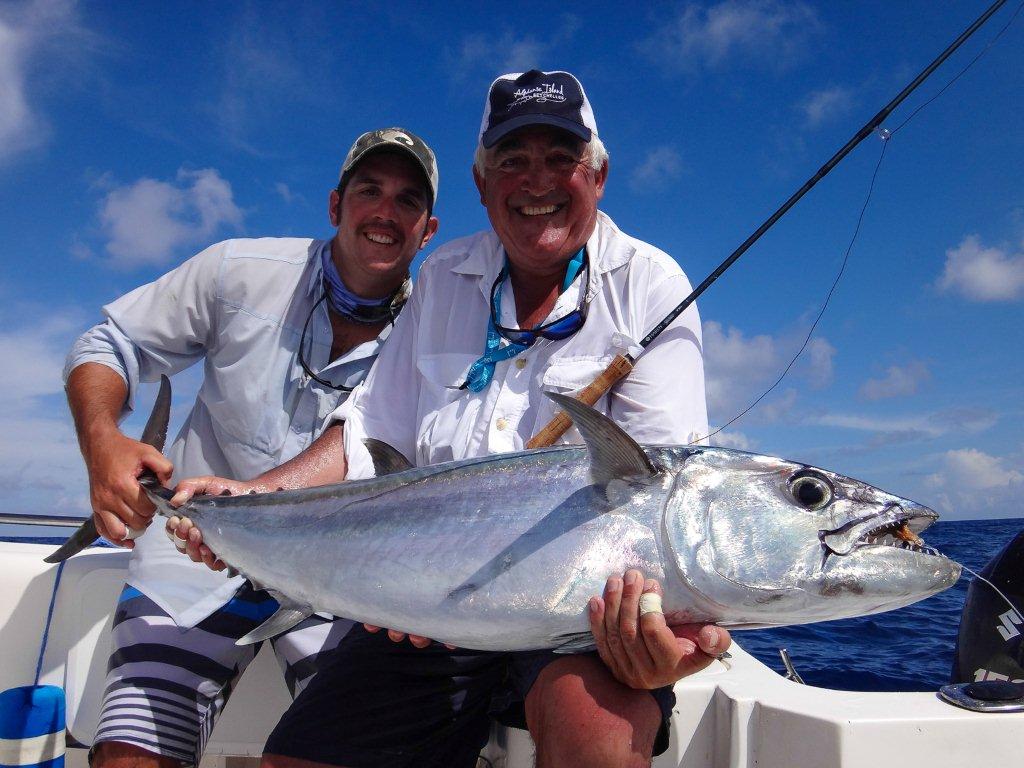