As the Three Rivers Program draws the season to a close, we can start to look back on a really gratifying season in 2016; many returning good friends supplemented with some new members of the ASR extended family experiencing the thrills of these wonderful rivers for the first time. 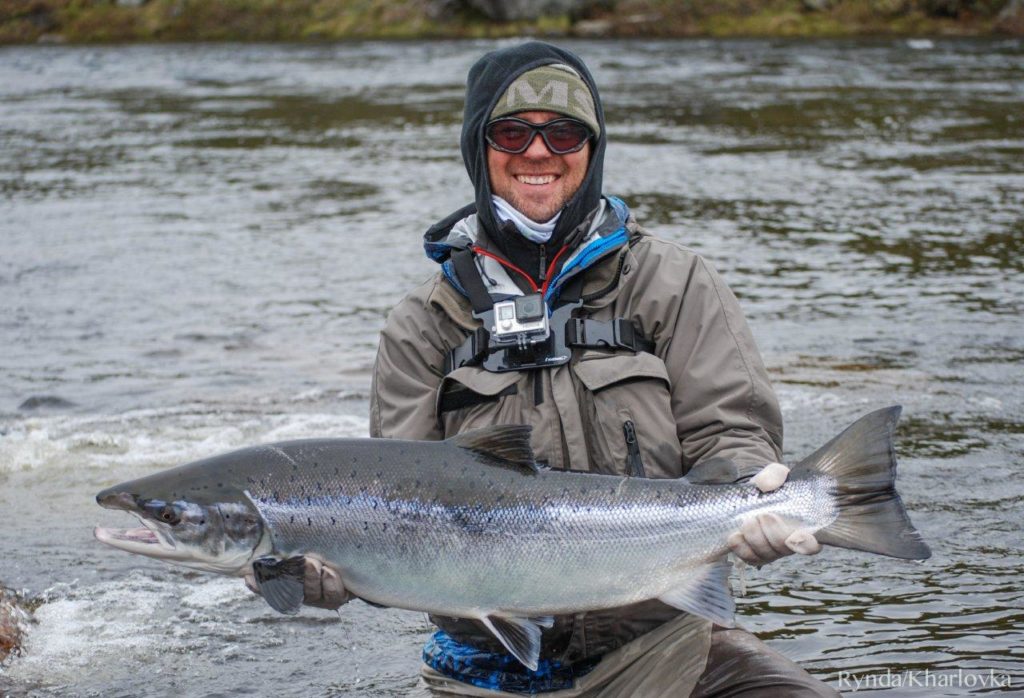 Following in the footsteps of the benign conditions that opened the 2015 season, 2016 once more saw a remarkably strong start with the rivers in the first days of June both lower and warmer than for many seasons. This was matched by excellent fishing on the June weeks, evidenced by the strong record of big fish both hooked and landed during this period. In fact, the Rynda river produced 8 more salmon greater than 25 pounds this season while the percentage of salmon greater than 20 pounds increased from 11 to 14% on the Kharlovka/Litza (nearly 1 in 7 salmon!). No doubt the lower water helped to improve chances of connecting with and successfully landing these big Spring fish compared to a higher water season. Whilst July had benefitted from regular top ups of rain and a broadly cool summer in 2015, 2016 was very different. With the thermometer rising by the day and clouds even less numerous than hen’s teeth, those fishing the early weeks of July worked hard for their fish. The principal culprit was the water temperature that repeatedly touched 19-20C during this period. As a result, we saw a reduction in the number of grilse entering the rivers. Nevertheless, the fish numbers remained encouraging thanks to the skill and effort of the teams through this period. Further encouragement can be taken by the resilience of the ASR rivers relative to some other systems. By the time we returned to the rivers for the Three Rivers Program, post the August rest of two weeks, it was a case of rubbing our eyes to check that it wasn’t a mirage for the break had coincided with persistent rain and the gauge on the Kharlovka Home Pool was up a full 50 cm from the last July week matching the levels of early June and a level for the Three Rivers Program that none of us could recollect having seen before. The rivers slowly dropped away over the final 3 weeks with cool mostly cloudy conditions making for near perfect end to another wonderful season.

The overall fishing results for the ASR continue to be the cause for much satisfaction. Following a 21% increase in catch in 2013, that was backed up by a further 32% increase in 2014, the ASR was able to maintain these significant rises with a further increase of 1% for 2015. The 2016 season started out with significant increases of 20% through the June weeks. The average size of the fish was also greater with 20% more 15-20+ pounders. Then the heat wave arrived and while we still caught good numbers of good sized fish throughout the extremely hot July weeks, fish numbers were about half what they had been the previous two years during this period. Overall, the 2016 season saw a reduction of 14.2% on 2015. Most of this was due to the reduced number of grilse in addition to the low warm water conditions on the Zolotaya.

More information?
If you would like more information then please do not hesitate to contact Steffan Jones or call our office on +44(0)1980 847389