Belize is considered by some to be the permit capital of the world, its cays and atolls providing a perfect habitat in which to hunt them. Owned and run by Craig and Karen Hayes, Turneffe Flats Lodge has for a long time offered one of the world’s most diverse Caribbean fishing experiences. The Turneffe Atoll is particularly special as it is one of the few true wading destinations available to those that like to wander the flats hunting tailing fish.

Casting at glittering bonefish tails on the skinny turtle grass will test your skill and nerve, not to mention the numerous shots at permit that atoll can provide. Competitively priced, Turneffe Flats offers that island paradise fishing experience that many of us seek. The lodge also caters well for non-fishing partners providing a swimming pool overlooking the flats along with excellent snorkelling and diving in a relaxed framework. There has also been an increase in the numbers of tarpon being seen in and around the lagoon.

The social centre for Turneffe Flats Lodge is the air-conditioned lodge surrounded by eight spacious, air-conditioned guest rooms located on the beach with panoramic views of Turneffe’s coral reef. There are also two villas for larger groups and families. All rooms are furnished with a queen size beds and an extra-long single bed and ensuite bathroom. 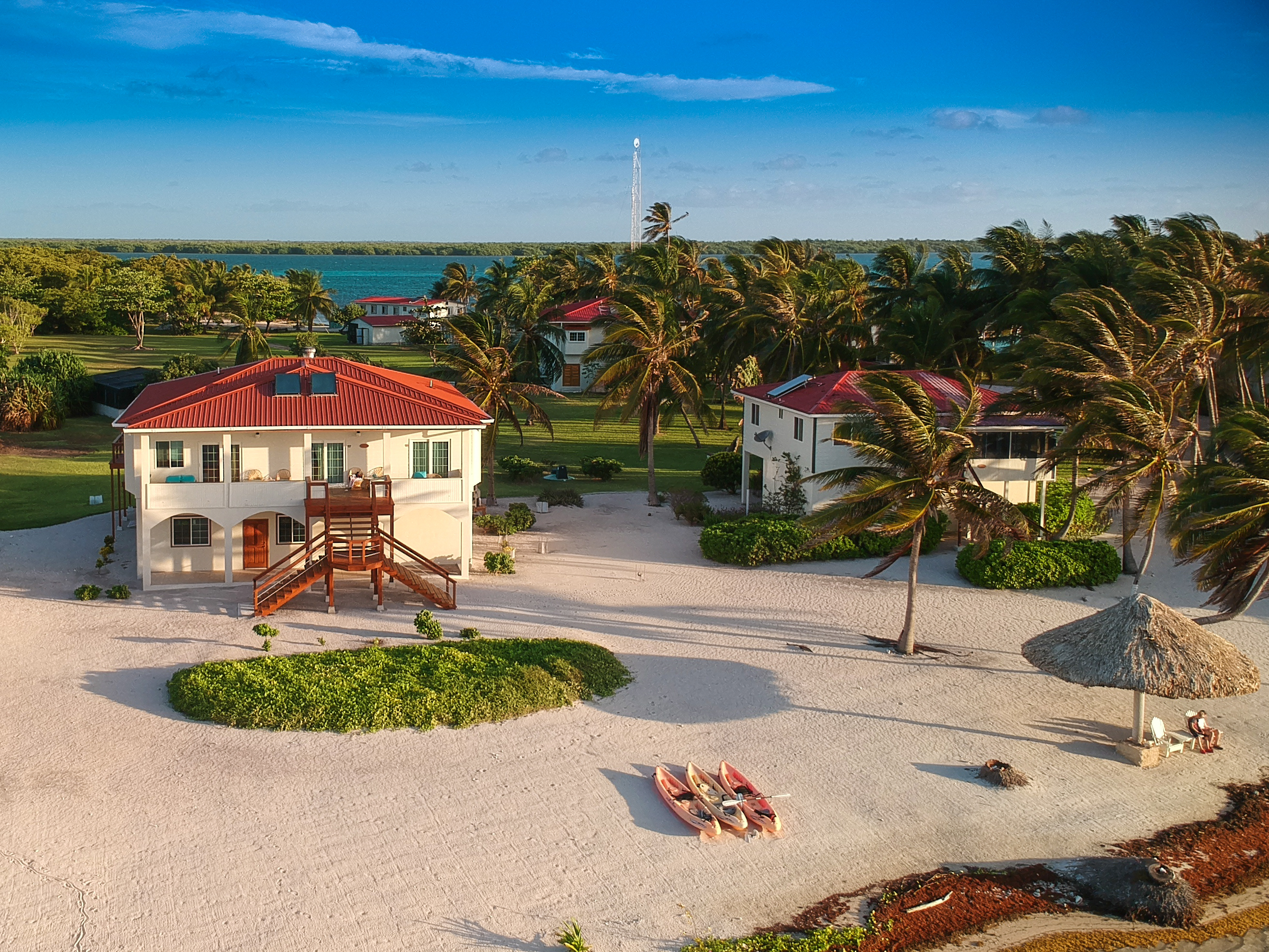 The lodge also recently completed the Pelican Villa which is a perfect addition for larger families. Peter and his family stayed there in August, so look out for the report. If you are looking for an Autumn escape to the sun then Turneffe Flats should be high on your list of considerations.

Here are our five reasons for choosing to stay at Turneffe Flats Lodge: