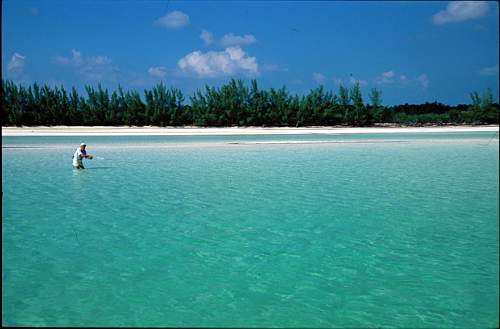 Aardvark McLeod client Bruce Lindley returned from North Riding Point Club on Grand Bahama at the end of March and had some fantastic fishing for large bonefish. Bruce was at Tiamo last year when he bumped into Matt Harris who wrote some articles on the Bahamas for us last year, and he related his tales of giant bonefish. Bruce thought that sounded fantastic so he and Beverley Barratt decide to see for themselves. 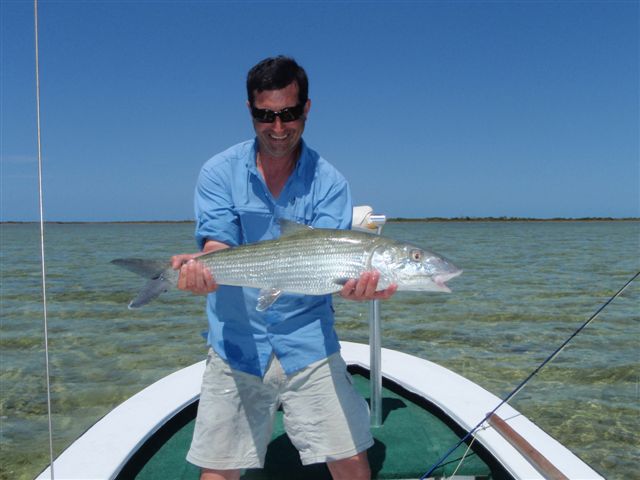 Over the course of ten days Bruce landed over 70 bonefish the biggest of which was 11 lbs and most had a high average size as is normal at this time of year on Grand Bahama. What he was not counting on was the permit that swam around the corner next. The large fish was feeding happily and they tried a few shots off the cuff at which point it headed off. A little later they came across the fish again, still feeding avidly and swinging its tail in that “Happy Permit” fashion we all dream of. 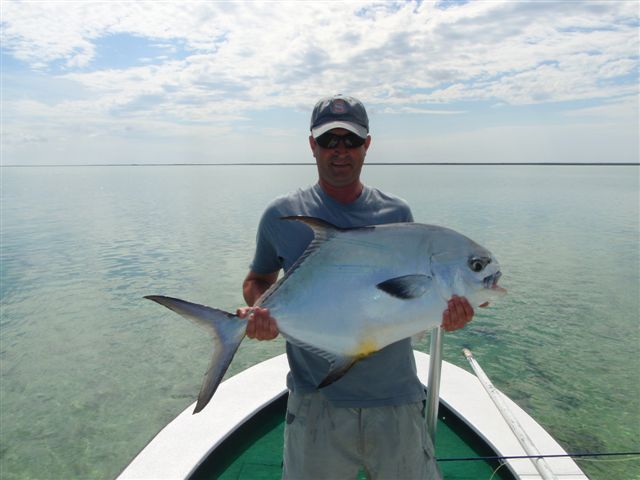 Bruce’s first cast went wide, and the second went up and past it as it swam away from them. The fish turned round and hammered his weighted gotcha on his 8 weight. After a battle of approximately 45 minutes to an hour Bruce finally landed the permit which weighted 31.4 lbs.