Grand Bahama has a well deserved reputation for its flats bonefishing and June in the northern Bahamas is considered peak season for those in pursuit of the silver ghosts.  Water temperatures still  remain optimum on the flats so with little, or no increase in water temperatures, there is minimal interference with fish movements.

May and June are also considered prime time for the permit fishery with permit up to, and over, 40+ lbs. These fish are returning to the flats from spawning and are found / landed in higher numbers in this period (and also in October and November) than during the rest of the year.

To add to the species opportunities, the months of May and June also see the best of the migratory tarpon fishing in this area. While the Grand Bahamas migration is not to be considered on the same level as other, better known, migratory routes (and anglers shouldn’t dedicate time to a tarpon trip to Grand Bahama) if you are going to run into large tarpon in the northern Bahamas than May and June are the best time to do so. 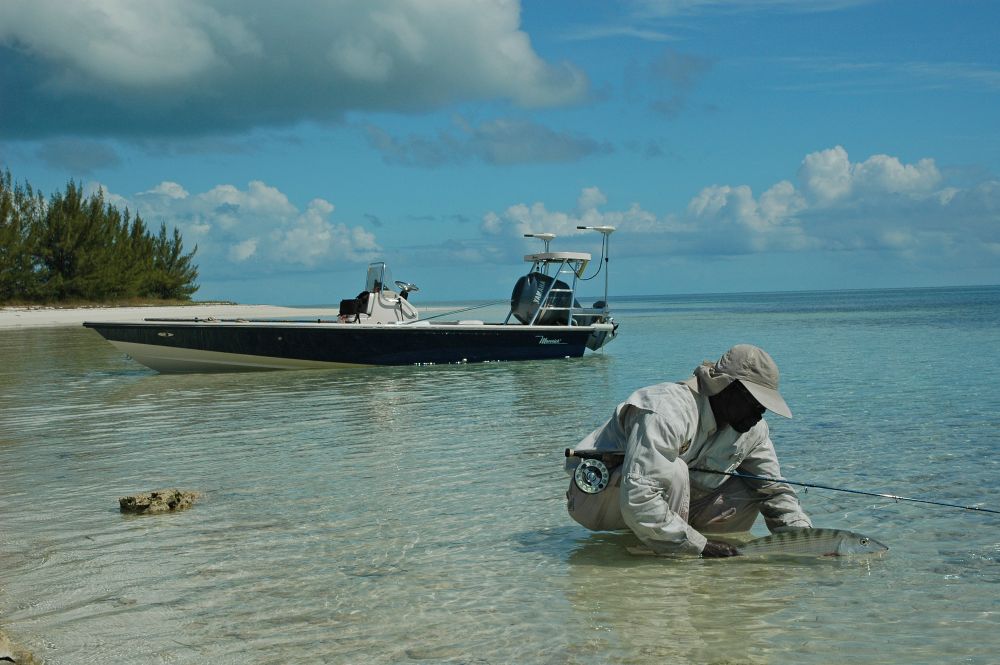