Our visitors usually describe the Tsimane experience as the trip of their lifetime… And we do know that´s what it is. 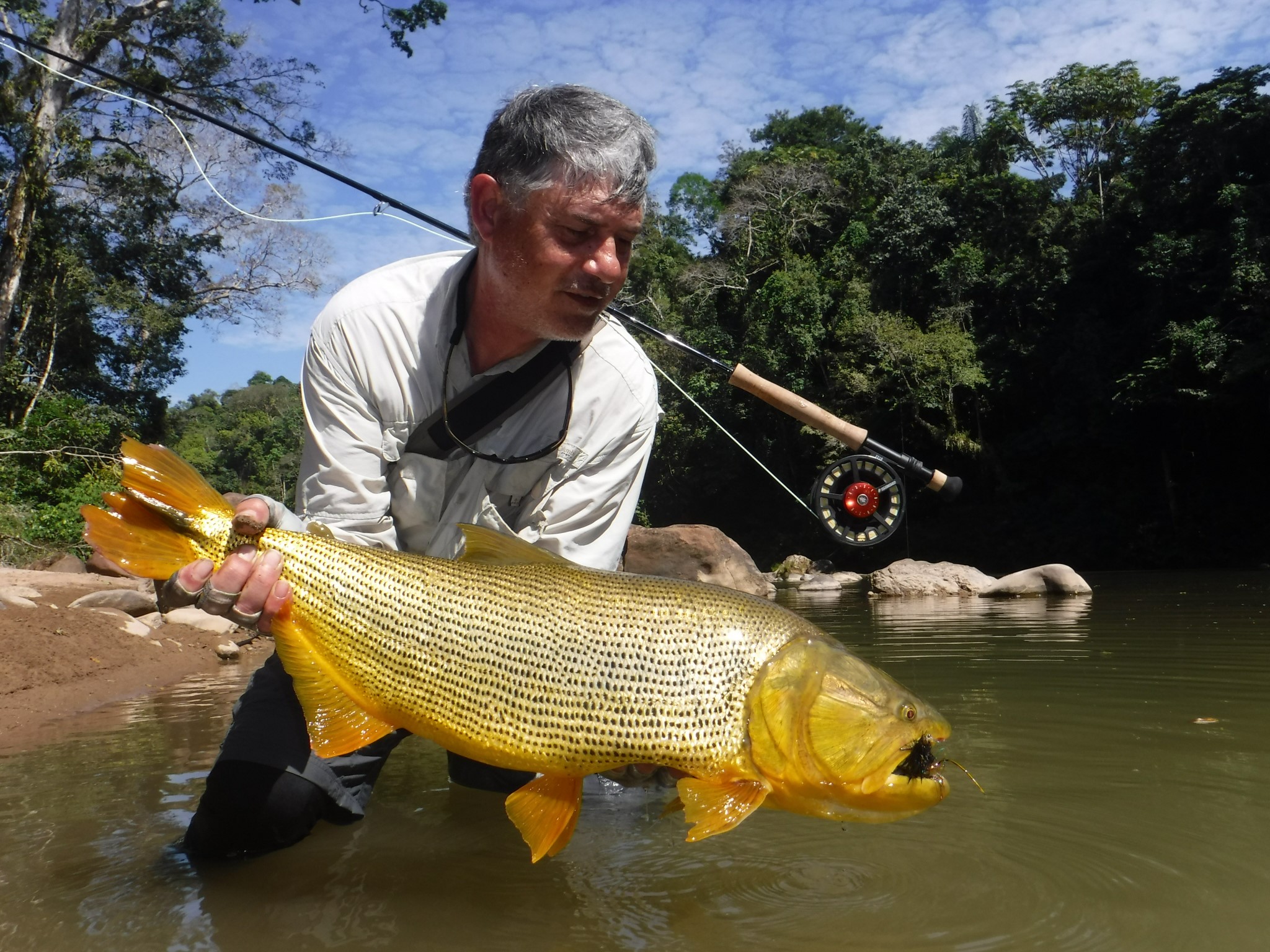 This season at Asunta started off with unusually cooler weather conditions, but finally the typical temperatures for the Bolivian jungle have arrived.The warmer weather was accompanied by a little rain in the beginning of the week, which meant there were a lot fish moving and there were excellent chances for sight fishing on shallow waters. Two groups camped upstream and had optimal results with big numbers of yellows on the Upper Secure and areas downstream while fishing structure and shallows runs. We had our first consistent dry fly sessions, with Ratanincs and mouse flies tied with foam and deer hair were especially effective. This week, a group of six Argentinians experienced a great atmosphere and friendship, and they made connections with the Chimane guides. As one of the clients put it: “To share each moment with the natives made more than 50 percent of my experience here.” 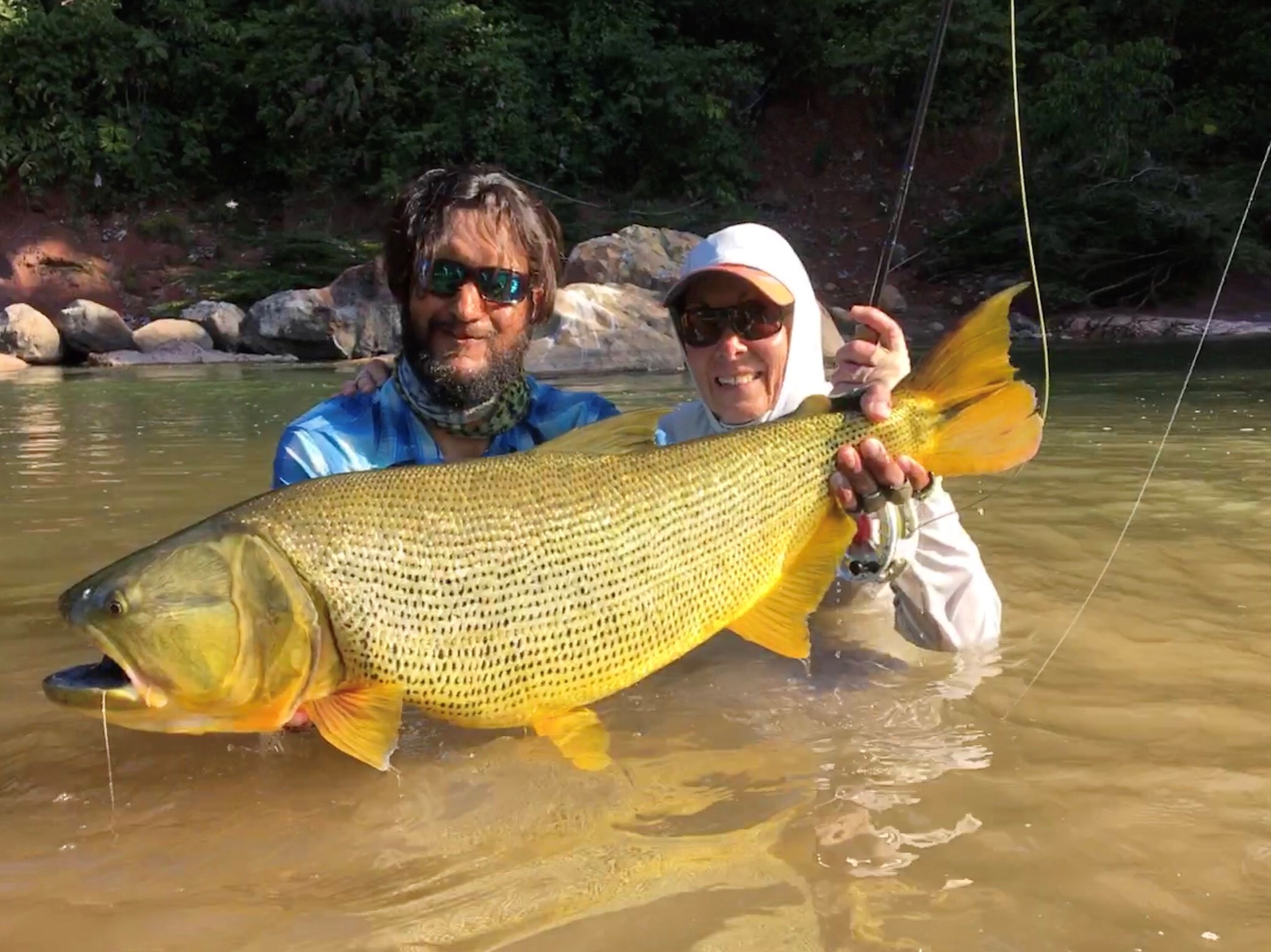 The weather was nice and warm this week when we welcomed seven anglers: Michael and his son Michael Jr. from the U.S., and Anton, Mick, Terry, Robin, and Greg from Australia. We experienced muddy water the first two days due to rain in the foothills, but as soon as the water cleared up, it stayed clear, and we had beautiful conditions. The Lower Secure was high and slow the first day. But after that we hooked several dorado in the 8- to 10-pound range, and six fish were over 20 pounds and two were over 25 pounds. We also lost a few that were larger, including a monster 28-pounder that broke Greg’s wire leader on the last day. On the Main Pluma, even with the muddy water on the first day, Anton landed a fish that was easily over 25 pounds – and just like Greg, Anton also got a chance to throw a NYAP popper in a feeding frenzy, and he ended up with another 25-pounder. In the following days, we hooked many 5- to 10-pounders. And two more fish over 20 pounds were landed by Anton and Mick during the last morning session. The Itirizama was affected by the rains the first two days, but after that, the only word to describe it would be unbelievable. The highlight of the week came on Thursday, when Robin showed off her amazing skills. She had unbelievable accuracy and speed when casting – and she sight casted and hooked a fish that took the breath away from all the guides who were there. A hidden treasure from the Itirizama River came up to the surface to hit the EP-style pattern that Robin was throwing. After a long fight, one of the native guides grabbed the monster by the tail. This fish was the biggest catch of the season at 107 x 72 cm, and easily 40 pounds of massive yellow power. Judging by its shape and size, we estimated it to be 14- to 16-years-old. It returned to the river in excellent shape due the very careful handling and the barbless hook. No more fishing was done that day. Thanks to all our guests for this great week and the unforgettable memory of that monster. 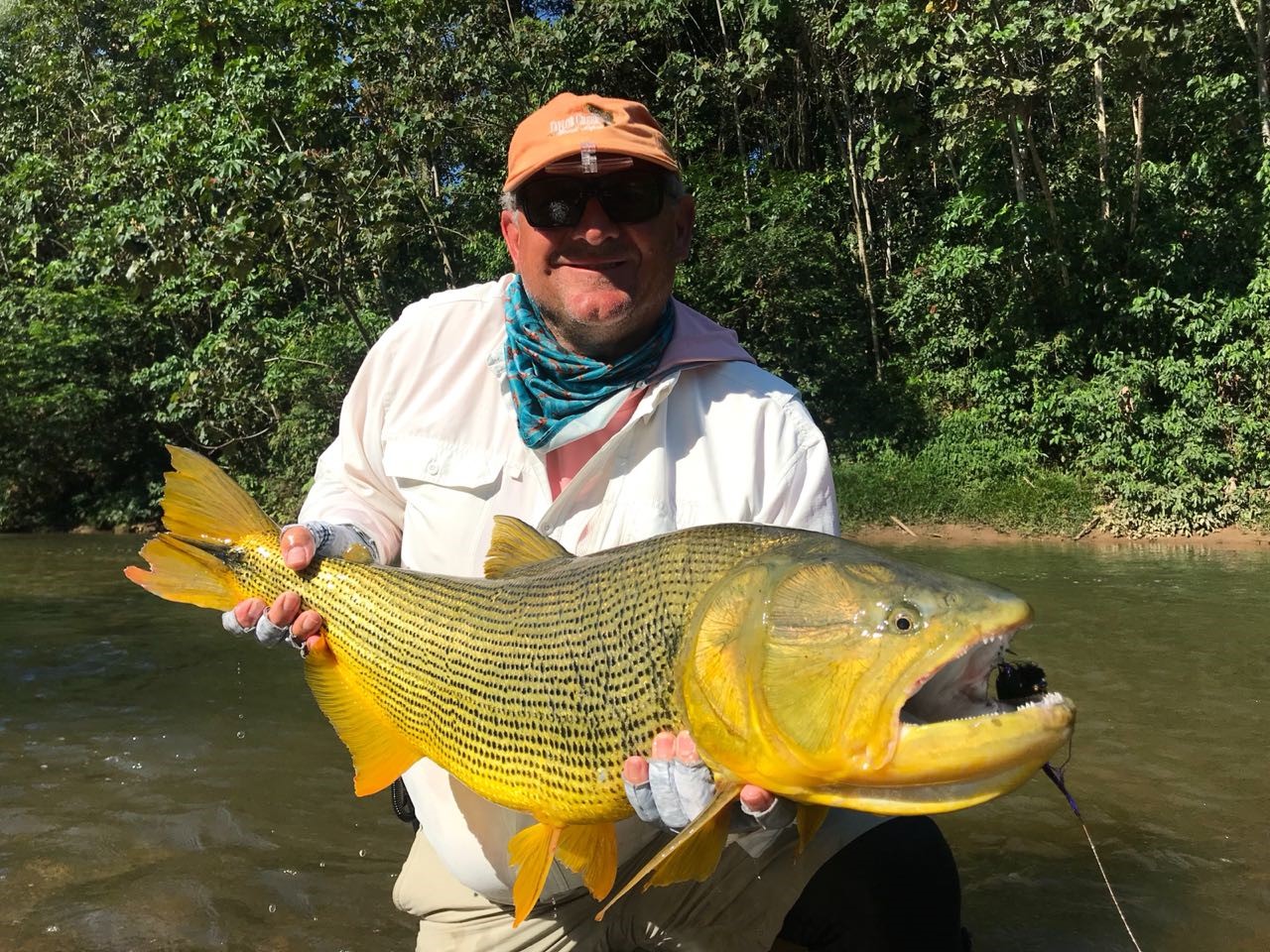 It’s difficult to put into words what an incredible week we had with Rob, Med, Tom, and Javier. Beyond the fishing, which was outstanding, we had an unforgettable week with an awesome camp and great hiking on the Aqua Negra. The memories will last forever. The conditions were really good on the Agua Negra. The water was a little off color at the beginning of the week, due to the previous week’s flood, but this also made the fish move, and it gave us opportunities to find a lot of feeding frenzies. Throughout the week, the fishing was also really good, with many small- and medium-sized dorados – and some even larger. We had numerous opportunities to land some monsters, and the group was lucky to get three over 25 pounds. For flies, we mostly used deceivers – black and green and black and purple. The largest fish of the week was a 26-pound dorado, caught by Javier in the middle of a large school that was hunting for sabalos in very shallow water. An amazing fish!