Bolivia; Tsimane continues to produce dorado and pacu on fly

Our visitors usually describe the Tsimane experience as the trip of their lifetime… And we do know that´s what it is. 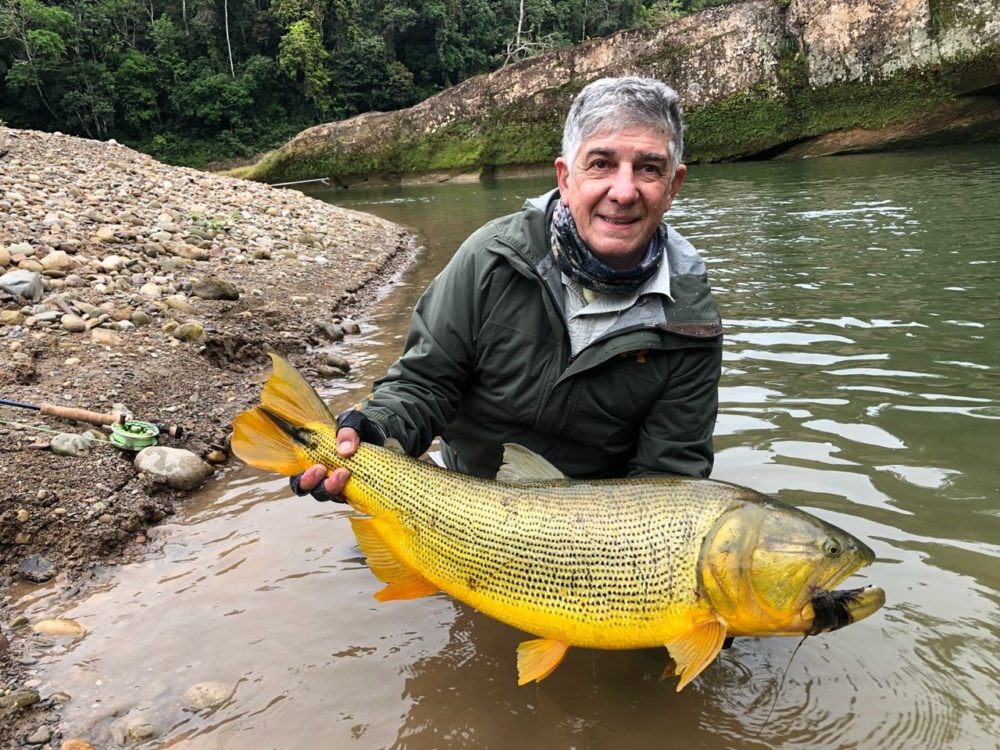 The first week of September brought Daniel, Alejandro, Gustavo, Carlos, Sebastian, and Gabriel, all from Argentina, and Emanuel from Panama to Asunta. They made two camps on the Upper Secure and got some large dorado and a huge pacu. Fishing far into the headwaters, Emanuel landed a giant pacu – the biggest fish of the week, weighing over 38 pounds. A little later, on our way back to the lodge, “El Mirador” (a legendary pool with big fish) gave us a 30-pound dorado that violently took a streamer in waters that were absolutely calm – it was a 100 percent visual game. An unusual number of big dorado and pacu were found in our small and mystic stream, the “Ashahana,” from the rivermouth of the Secure. A new big run was moving upstream, and we found many fish in close quarters in shallow water at the tailout and in the rapids. Little by little the temperature raised and normal conditions arrived, along with warmer water, which increased the fish metabolism and improved our chances. A great week!” 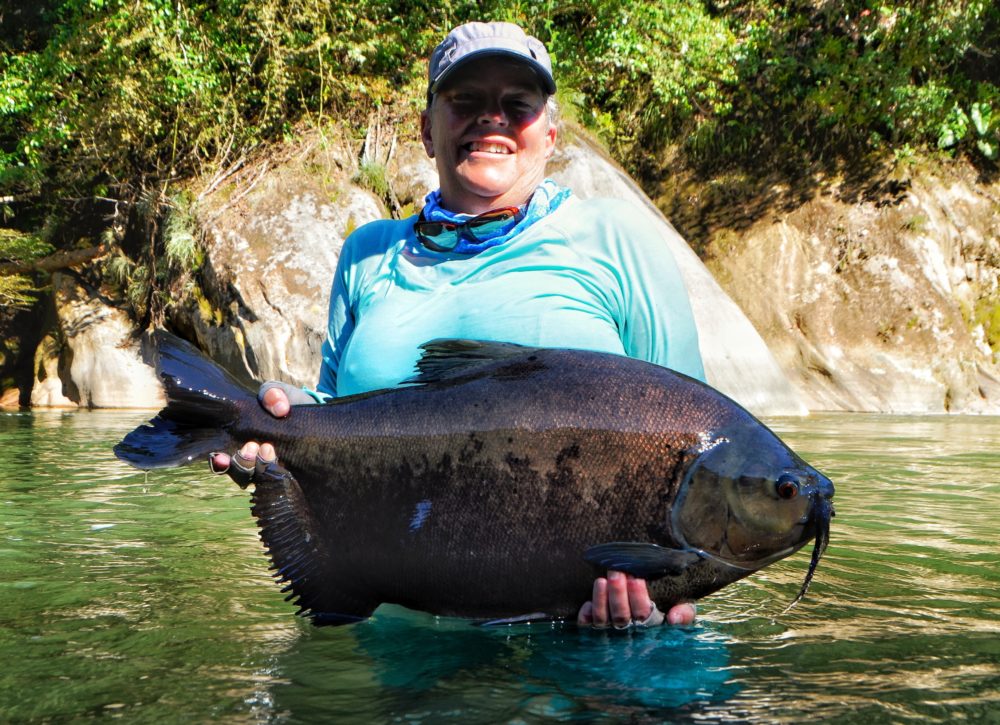 This week we welcomed eight anglers: three-time visitors Xavier, Jerry, and Diane from the U.S.; first-timers Dennis, Holly, and Bob, also from the U.S.; and first-timers Michael and Malte from Sweden. Weather conditions were nearly perfect the entire week. It was sunny and fairly warm during the day, with colder temperature at night. Nine fish over 20 pounds were landed, and others were lost. Holly landed three fish over 20 pounds, and all three were caught sight fishing. She also caught one on a popper. The Main Pluma gave us an average of 15 fish a day, and most were in the 5- to 8-pound range, and we also had shots at fish over 20 pounds. The Lower Secure was productive in almost every pool, especially in terms of quality over quantity. This stretch gave Malte, Dennis, and Xavier their fish of the trip. On the Upper Secure, while fishing a big black streamer with an intermediate line, Jerry hooked a 45-pound moturo catfish. In the same afternoon, his wife Diane hooked and landed two striped catfish (surubi). Because of the excellent conditions, Jerry and Diane went to the overnight camp and spent two days with beautiful surroundings and gin clear water. Unfortunately, temperatures dropped overnight, which affected the fishing, but it was a great time nevertheless. 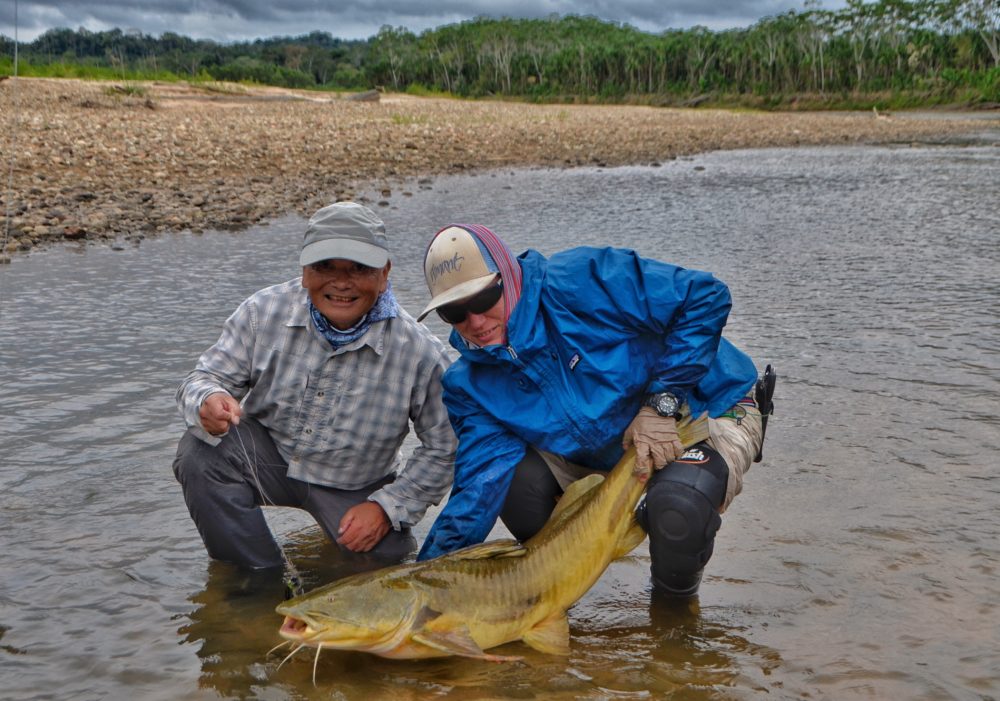