In Bolivia, at Tsimane, we fish during the dry season, from May up to and including October, a period in which the most astonishing migration of Sabalos and Dorados in South America takes place. 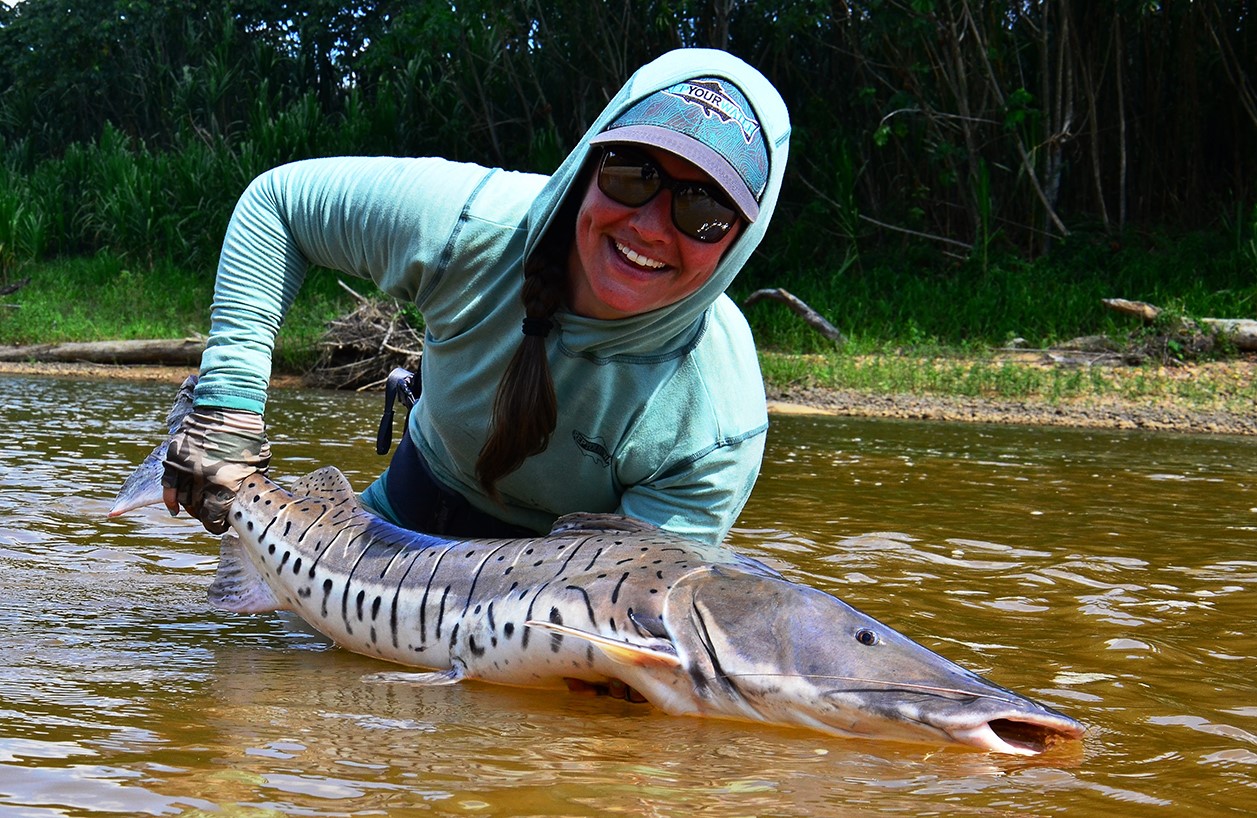 For the Chimanes, the locals who are our partners, the jungle provides all the elements for life: sustenance for the family, food and shelter, all the materials for their houses, and medicine from the amazing biodiversity that exists here. This sacred forest always provides, and for the anglers who come here chasing a dream, the unbelievable productivity of these streams offer experiences of a lifetime. This happened with RepYourWater owners, Garrison and Corinne Doctor, and Norwegians Vidaar, Jon, Oystein, Thor, and Jan, who all came together for one of the most outstanding weeks of the season. From the headwaters to the lower pools, there were many highlights, including a 22-pound pacu caught by Garrison sight fishing in “El Cañon.” Jan landed four massive “goldens” in the same small spot downstream in one session – and the biggest fish was a 99 cm x 78 cm dorado, a trophy over 30 pounds. Corrine landed a surubi after running and crossing the river four times with her guide to get it; it was an amazing 40-pound catfish, which, for her, was the biggest fish catch on fly, ever. It’s impossible to include all of the thrilling moments we shared in this fishing report, but in short, we caught 170 fish during the week. 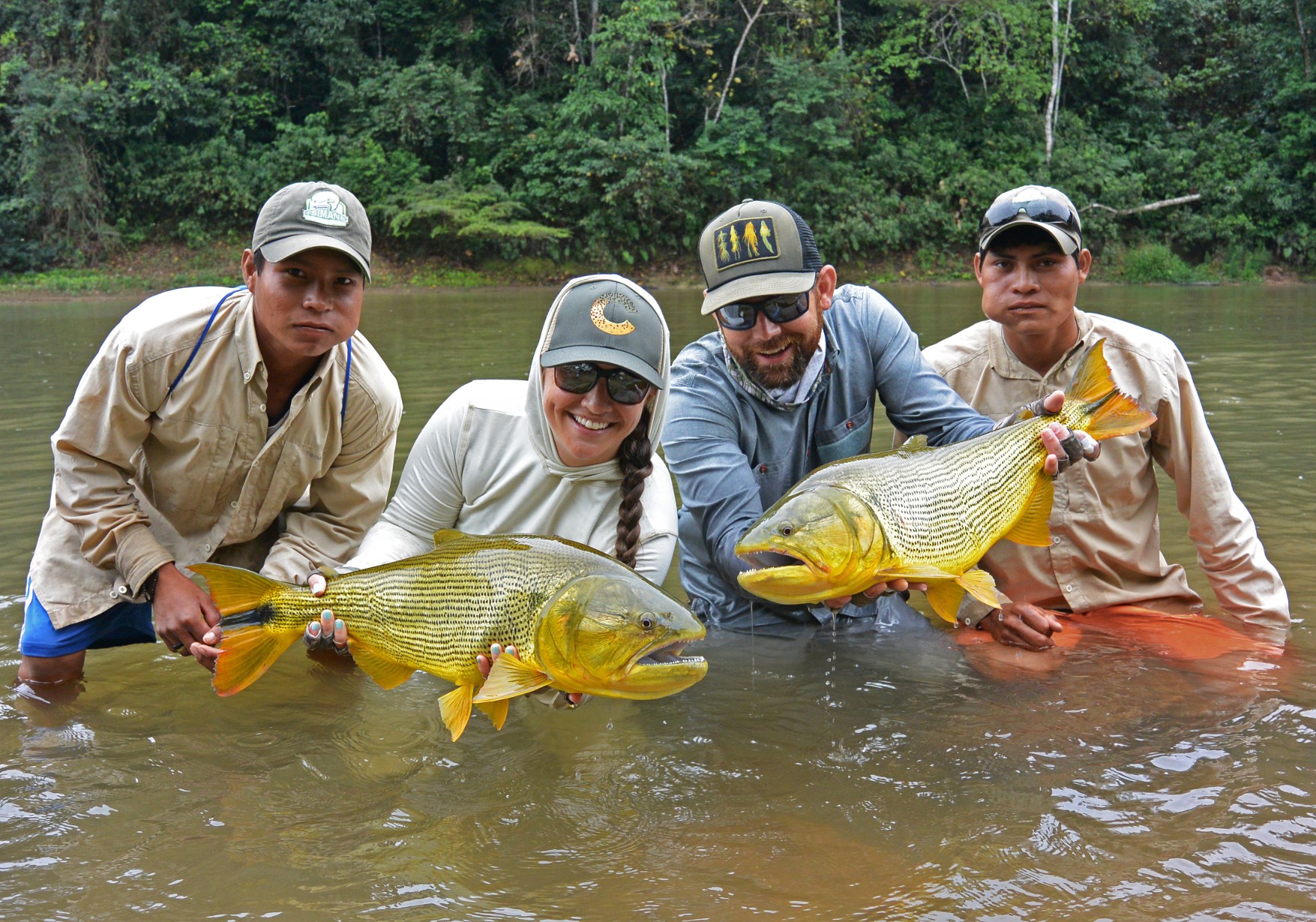 The season is almost over, but the fishing is still super good. During the 17th week of the season, we had the chance to share an amazing week with four old friends from the USA: Bill, Dave, Cole, and his father Brent. The weather was really good the entire week with very high temperatures, and the water was perfect on the Agua Negra. There was a little color on the Main Secure due to a small flood the previous week. The fishing was great on the main river. Even with the colored water we caught many small and medium-sized fish with some pacu and some really nice dorado.
The highlight of the week was an unforgettable camp on the Upper Agua Negra, where we all went and enjoyed big feeding frenzies and huge dorado in very shallow and clear water. All anglers had great opportunities to cast to aggressive fish, and they landed some really big ones. Fishing dry flies for monster dorado is something that will surely drive an angler crazy. By going for dorado on dries, Cole and Dave (long-time saltwater guides) experienced something new that they will never forget. The biggest fish of the week was caught by Brent, and it was a 24-pound giant — a great dorado on the Lower Agua Negra. 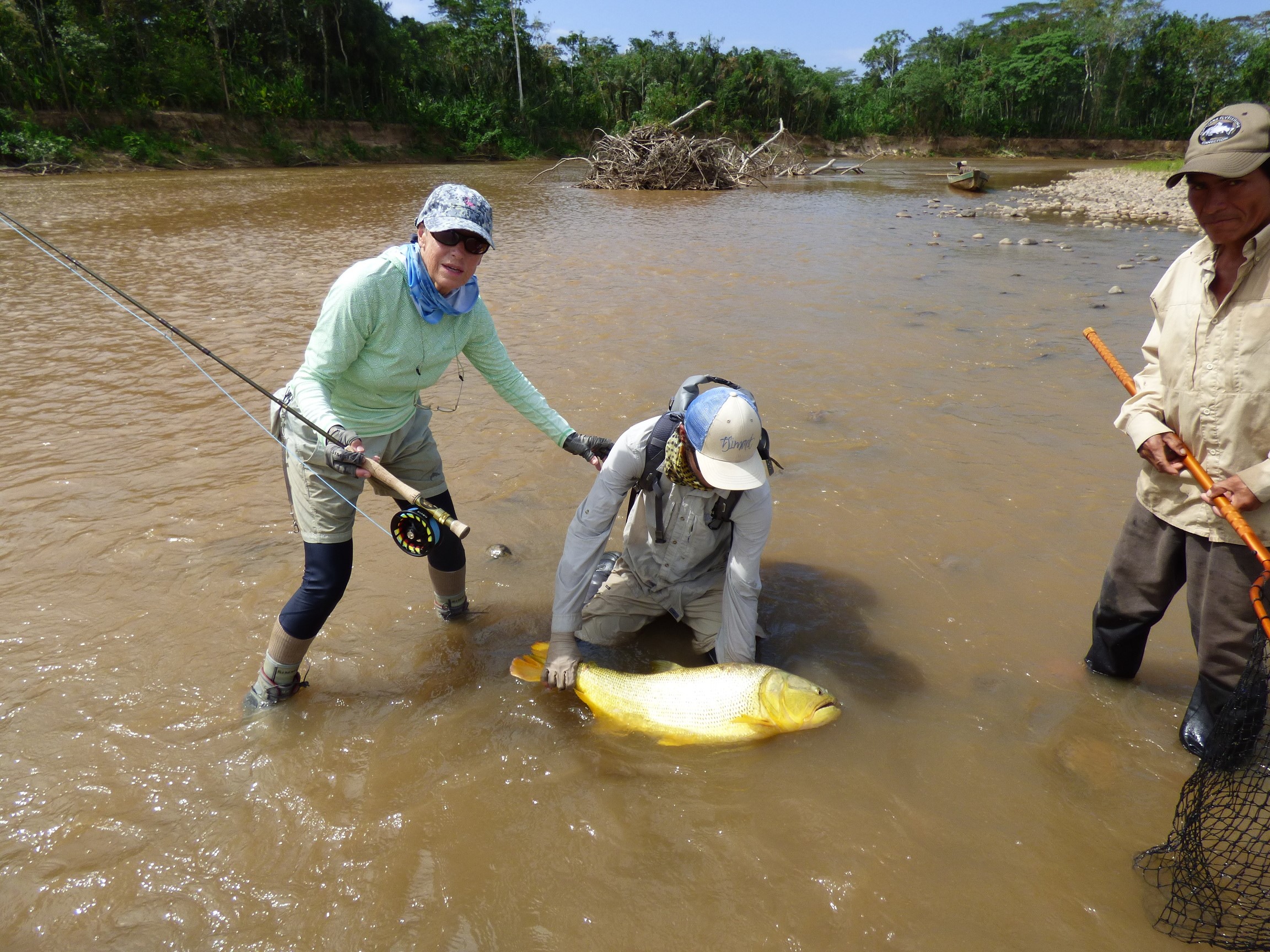 We shared this week with a group of nine friends: Ben, Penélope,Fitz, Dorotty, David, Nancy, Chuck, and Paige – all of whom areexpert anglers but had never fished for dorado before. And we werealso joined by well-known angler Jako Lucas, who was a second-timeguest. This week, the weather constantly changed. The water was muddy andhigh on the Secure the first two days, due to rain at the headwaters,and there was a similar situation on the Pluma the last two days. Despite these changing conditions during the week, we landed morethan 10 fish over 20 pounds. The first one was landed by Jako on thefirst day fishing the Secure. The conditions were very tough, but heused a triple articulated 15-inch streamer, which showed howaggressive dorado can be. On the Itirizama River, the highlight for Nancy and Dave came on daythree, when they landed a 20-pound dorado that they targeted withsight casting. Dave also landed two pacu on dry flies. Another highlight was Jako’s surubi (striped catfish). Jako sightcasted to this fish and landed it on the Upper Pluma. We had a memorable event on day five: After days of fishing hard,Dorotty hooked, landed, and safely released a 23-pound dorado, whichwas caught using 8-pound tippet, breaking all the previous worldrecords for both women and men! Well done!