Stunning images of a golden week from start to finish! Fishermen from all over the world talk about us, the fishing destination that celebrates ten years of wild catches. 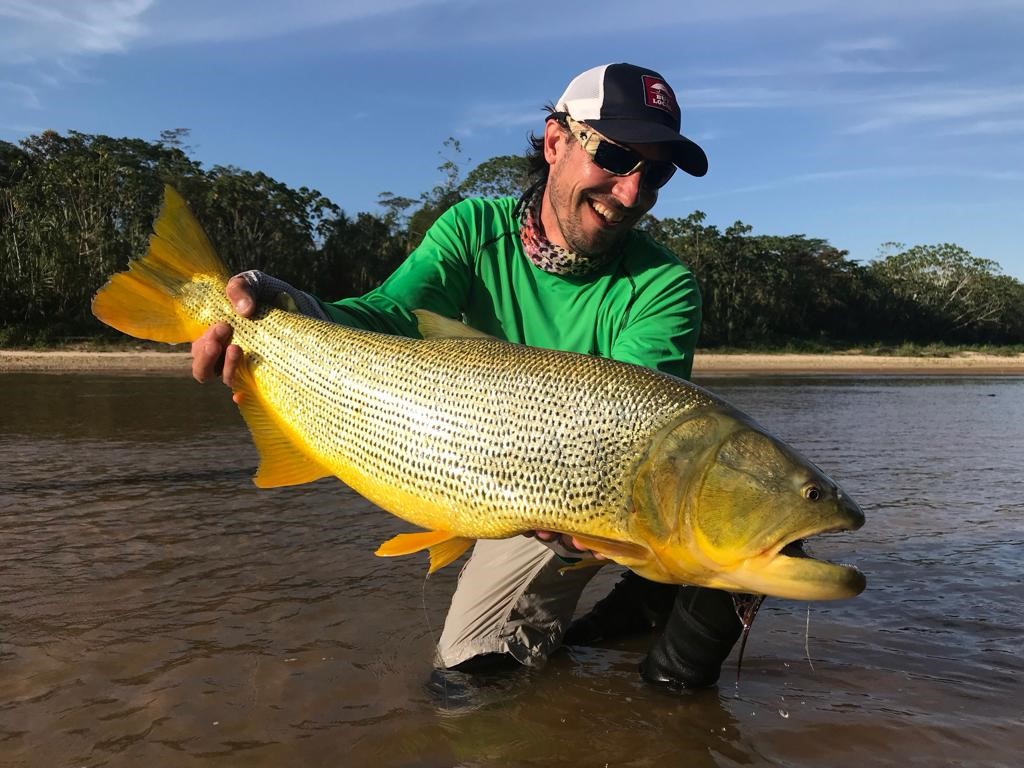 Last week we welcomed seven guests: Katka Švagrová — a well-known fly angler — who came with Florian Kaiser (another widely known angler) from Germany and his friend Breno; Joaquim and Mairao, brothers from Brazil; Fernando and Enrique from Argentina; and Brian with his uncle Ken from the U.S. Shallow water and high temperatures boosted the metabolism of pacu, and this brought us a lot of fish — many of them big. From the areas around the lodge to the camps far upstream, the dorado were everywhere. We had fish stranded on the shore that were over 23 pounds, and the biggest double of the season was caught at a rocky point very close to the lodge in only about 10 inches of water! With with rods and flies ready, the Brazilian brothers landed a 22- and 19-pounder at the same time while fishing shoulder to shoulder. It’s safe to say they are going back home with another memorable experience from the heart of this amazing forest. 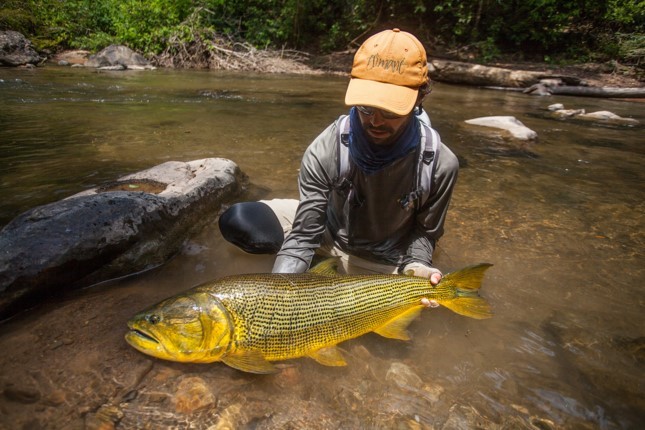 The 16th week of the season was very special. We had an amazing time with one of the first anglers to ever fish with us – Joaquin from Argentina. Having the chance to share an outcamp with someone who stayed here 11 years ago, when everything was different, was something to appreciate. Joaquin came with an incredible group of four anglers, and we had a one of the best weeks of fishing that was full of stories. The weather was really good and hot. Temperatures were around 35°C, and some storms got close, but nothing happened. The water on the Agua Negra was super clear and low, and the fishing was amazing. We made an outcamp with the whole group, which was great. We caught more than 10 fish over 20 pounds, and we also caught some really big ones. After four days camping on the Agua Negra, part of the group spent the last day fishing the Main Secure River, and they had really good results. Joaquin hiked the Chimoro River, and we had fun with smaller tackle. We caught three fish around 16 pounds in a very small, crystal clear river. The biggest fish of the week — a 25-pound dorado — was caught by Andrew on the Upper Agua Negra. 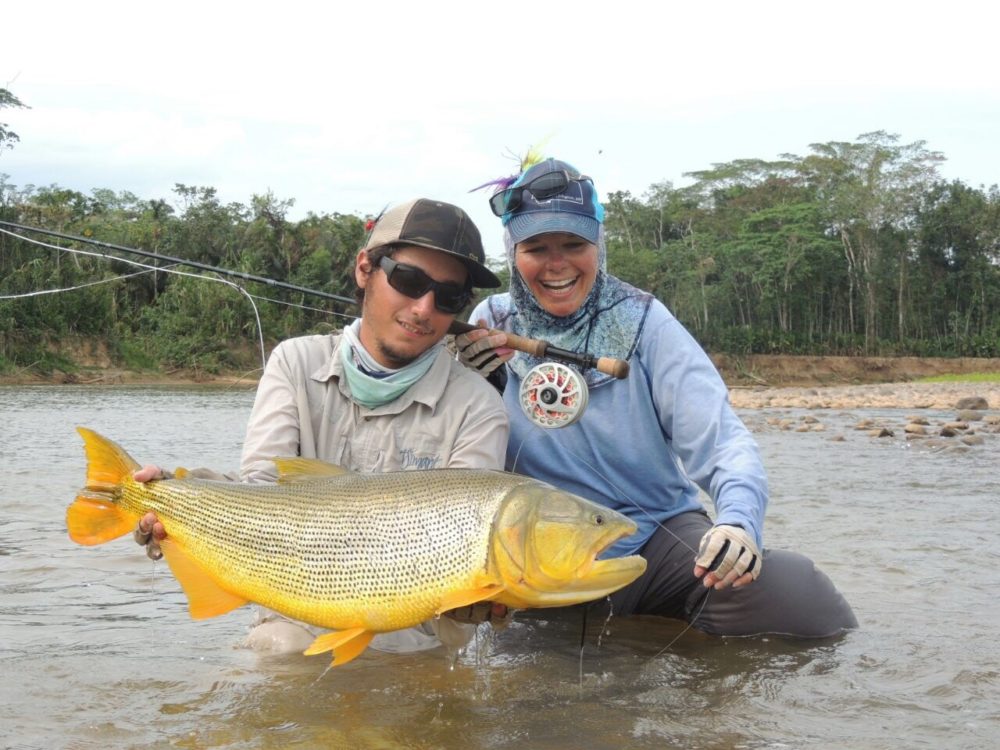 This week we welcomed seven anglers, including Carlos, who made his 14th trip to Pluma! He was joined by a group of six friends — Rick, Rick H., Hiro, David, John, and Dennis — who were all new to dorado fishing and looking forward to this new experience. Although the weather was good, we experienced unusually strong winds from the north and some bursts from the south as well. The wind and some muddy water the first couple of days made the fishing difficult. Regardless, six fish over 20 pounds and two fish over 16 pounds were landed due the hard work of our guests and guides.
The lower sections have bigger water and more an open environment, and this can make it more vulnerable to winds. Hiro landed a 23-pounder at the confluence, and Carlos did the same in another pool just below. A few more fish were lost, including a 30-pounder hooked by Dennis on the fifth day. On the upper sections, with heat and windy conditions, the pacu were feeding a lot. We hooked into six during the week, including one with a dry fly. The fish was sight casted to and landed by Dennis on the Itirizama. A little extra work was necessary this week due to very unusual conditions, but we still managed to hook big fish in every stretch.