Tsimane, Bolivia; producing catfish and pacu as well as dorado

From Tsimane, Bolivia … all sections of the river were in great condition and very productive, especially on the last two days when a large amount of baitfish arrived. All in all, this gives us high hopes for the weeks to come. 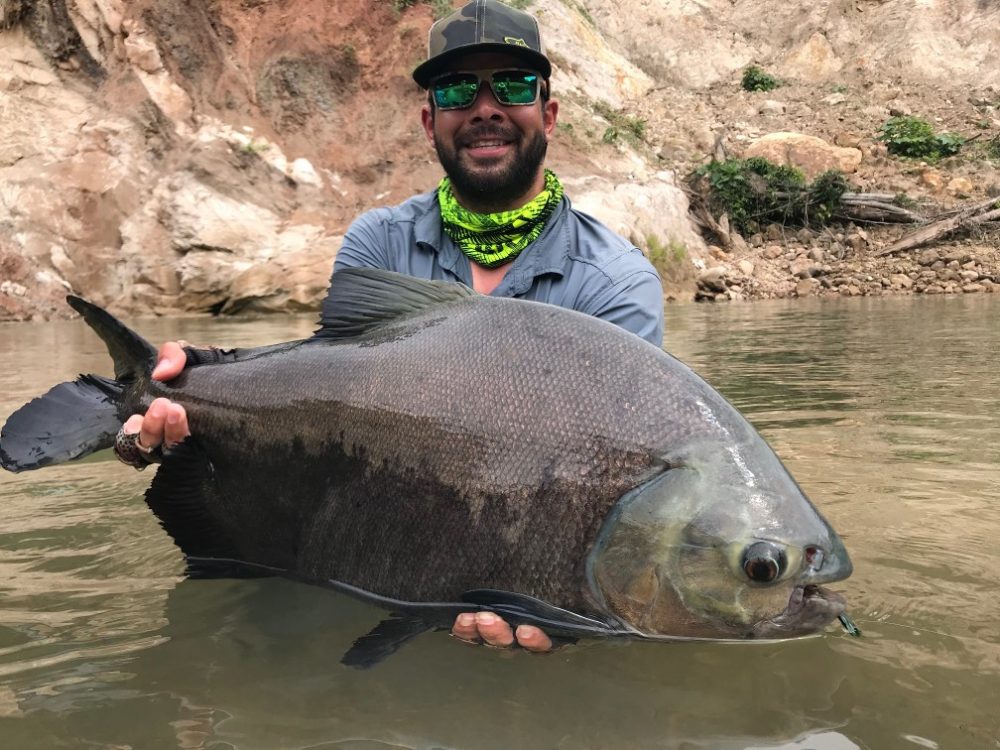 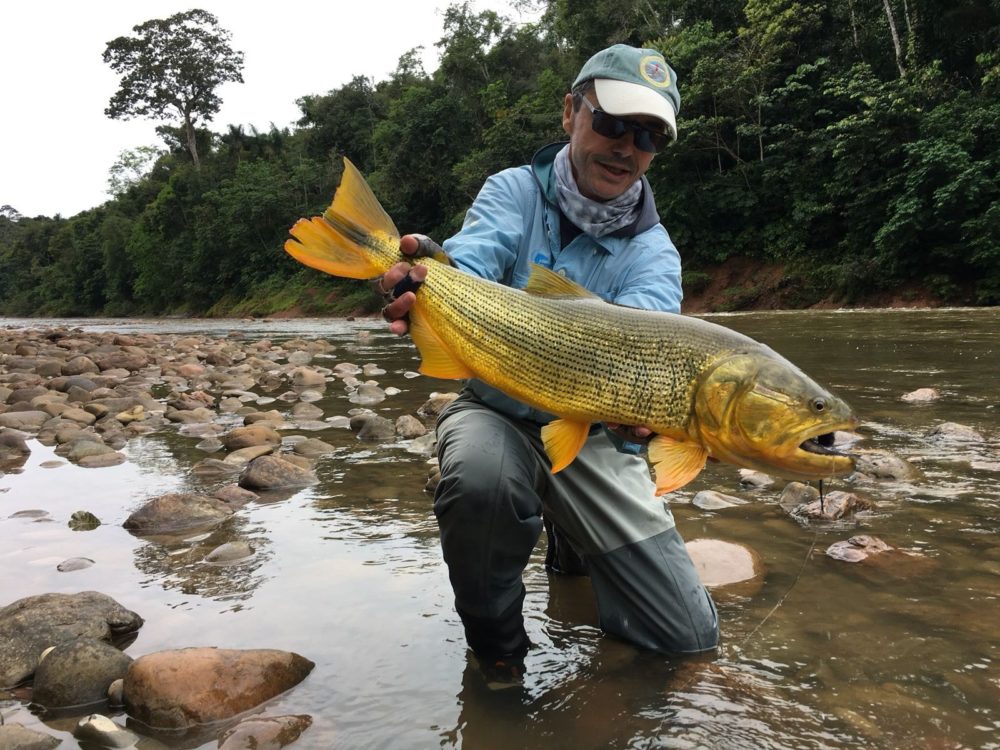 This week Secure Lodge felt like a cosmopolitan hub in the heart of the Bolivian Amazon, as guests included Peter from Austria, Peter from Switzerland, Juan Carlos from Argentina, and Richard, Jefferson, and Tony from USA. The fishing was a bit slow this week, with many small dorado landed and some big ones lost in battle. We had chances with what we call a “saltwater experience with freshwater fish,” which is when the river explodes with sábalo everywhere. These moments demand slowing down the mind as fishing nervous water is always a challenge. These feeding frenzies often mean trying to overcome adrenaline (and failing a lot of the time). Even if you’re doing everything right, when a bunch of dorado are hunting together, the chances are high that it all can come apart in just one bite — any hungry dorado could cut your 40-pound test fluorocarbon as if it were a 5X tippet. As for the pacu: three of them, ranging from 12 to 15 pounds, were holding on the shore, and a couple more didn’t take well to the imitation fruit that we have been using. Our fly boxes, which are filled with dries and pacu flies, are going to have to wait for warmer water conditions. Finally, using a heavy dorado fly and mending to get it down deep, Tony caught a beautiful 22-pound jungle catfish. What a way to finish the week! 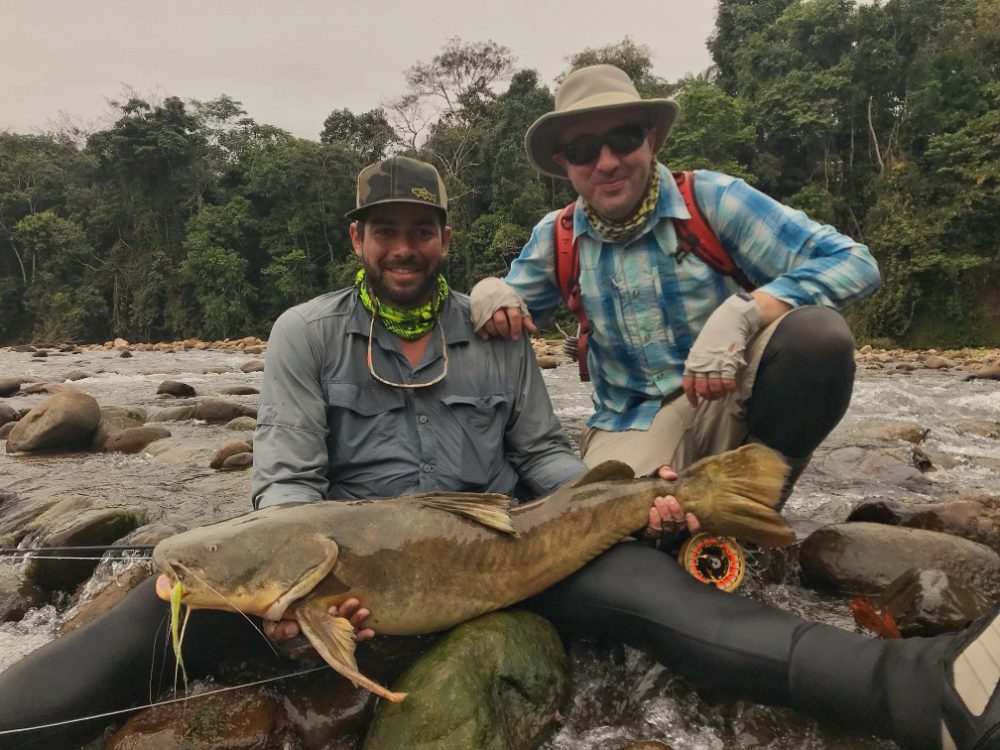 The sixth week started with beautiful weather. We had three Argentine anglers – Fabian, Machi, and Pedro – and it was their first trip to Pluma but second time in Bolivia (after a successful week at Secure Lodge), so they were familiar with our amazing dorado fishery. Dave and Bob from the U.S. completed the group of five. All sections of the river were in great condition and very productive, especially on the last two days when a large amount of baitfish arrived. All in all, this gives us high hopes for the weeks to come. The Lower Secure was very productive, with more than 10 fish over 20 pounds and 10 fish over 30 pounds landed during the week. Two catfish were also caught by Fabian. Fishing on the Upper Itirizama and Pluma was very technical as always, but also rewarding, as we sight casted and landed two dorado in the 30-pound range and two pacu in the 10-pound range. We also caught many smaller fish. Machi sight casted to and landed another 30-pound catfish as well. Fishing this week has been good so far, and we’re looking forward to it getting even better. 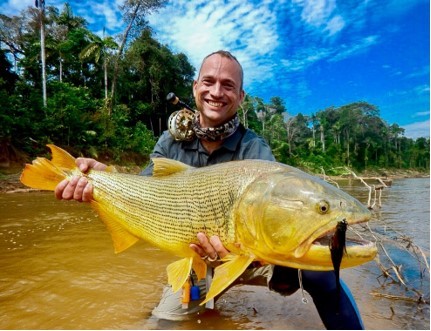 As we all know, nature always follows its own course, and sometimes we have to intervene. During this exciting week, Michael, Frederick, and Frederick’s sons-in-law Narada and Clemens, shared an unforgettable trip with us. In the middle of the week we learned that a huge dam of sticks was preventing the migration of the sabalo almost two days by boat downstream from our waters. So, a big group of locals with shovels and chainsaws went to check it out, and it was true! A huge school of sabalo and what seemed like millions of all sizes of dorado were blocked. As you know, the sabalo are a migratory fish and the dorado migrate following the schools for thousands of kilometers. But luckily 40 people worked for two days and successfully made an opening for a new channel. The weather and the temperature of the water were really good for the whole week. We spent the first couple of days having fun on the tributaries, and we had really good results on the Chimoro, our smallest tributary where we normally enjoy fishing with small tackle for small- and medium-sized dorado and yatorana.The water on the Secure, our main river, was in perfect condition. The first couple of days we caught some small- and medium-sized fish, and Michael caught a beautiful 20-pound dorado! The Agua Negra kept showing us how beautiful it is and how challenging the fishing can be when the water is super clear – you need to be ready at the exact moment to put the fly in front of the fish during the amazing feeding frenzies.The fishing was good at the beginning of the week, but nothing compared with the madness of the last two days. Finally, a run of fish appeared, and it seemed like millions of sabalo migrating all together along the river. It gave us the best two days of the whole season – fish hunting everywhere was an incredible experience for all of us. We caught more than 70 dorado of all sizes in two days, and the biggest one of the week was a beautiful 25-pound dorado in the middle of a feeding frenzy that gave Clemens his biggest fish on a fly rod 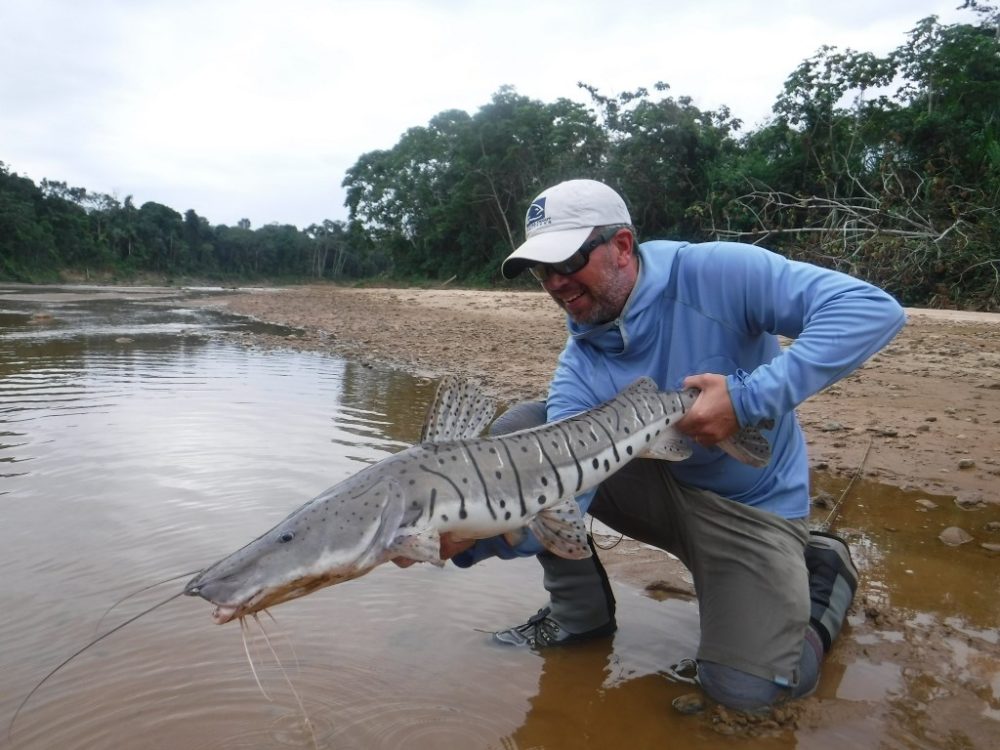