Fishing for payara (vampire fish) at Xingu River in Brazil. 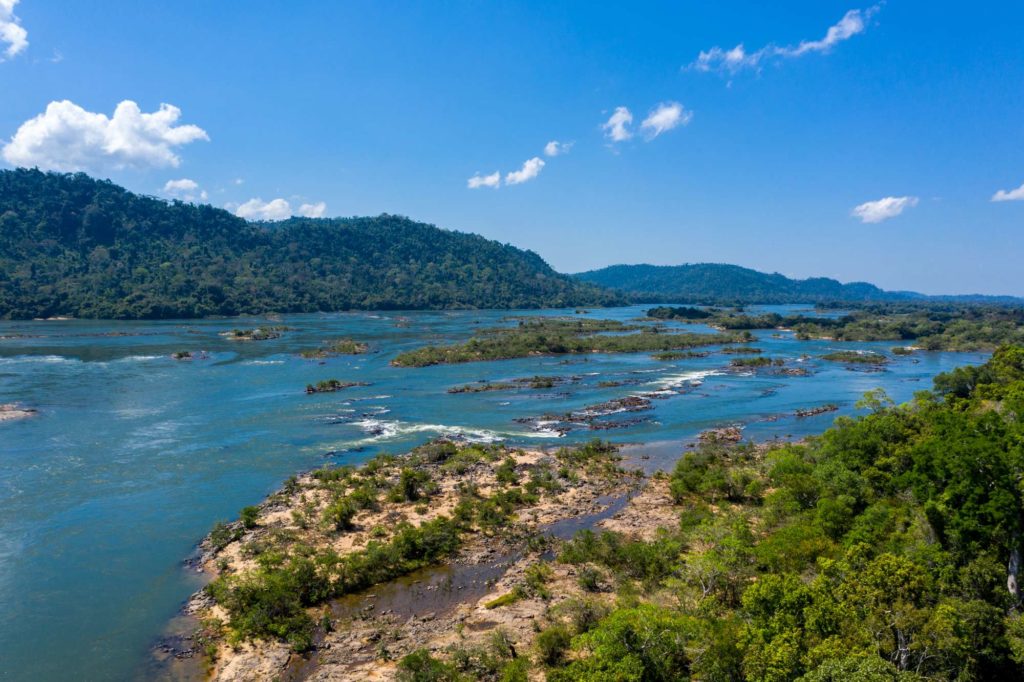 The Xingu river sport-fishing project is located in the spectacular rainforest wilderness territory of the Kayapo indigenous people in south eastern Amazon of Brazil. The Xingu River arises in the woodlands-savanna (cerrado) and transitional forest of northern Mato Grosso and flows north through the dense, moist forest of Pará for 2,700 km to empty in the Amazon. A clear water river, it drains a landscape of ancient crystalline Precambrian shield. After leaving the headwaters in the protected Xingu Indigenous Park to the south, the mighty Xingu river -or “Butire” as it is known in the Kayapo language- flows northward 250 km through over 9 million hectares (22 million acres) of virgin primary Amazon forest protected by the Kayapo indigenous people. Only about 6.000 Kayapo Indians live in this enormous area that may also be home to small groups who choose all contact and choose to live in isolation. Six Kayapo villages with a total of 750 inhabitants are located along the bank of the legendary Xingu river in the northern part of Kayapo territory. 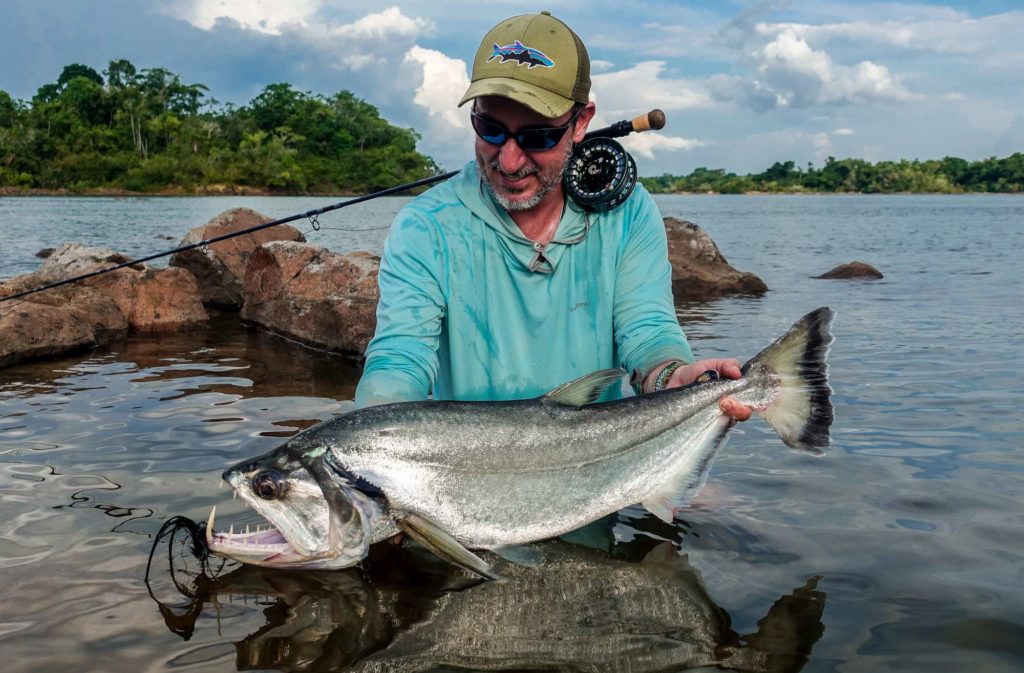 The fishing season runs during the dry season from late May through late November in the Xingu and Iriri region. The dry season is characterized by lack of rain, low water levels and clear water that allows for great fishing throughout the entire river system, including its numerous tributaries. We will operate the Xingu project during the lowest water months when Payara fishing is best as this species prefers the deepest parts of the river bed; at other times of high water the fish spread into flooded forest and became difficult to find. The best fishing season for Payara in the Xingu runs from September to November. 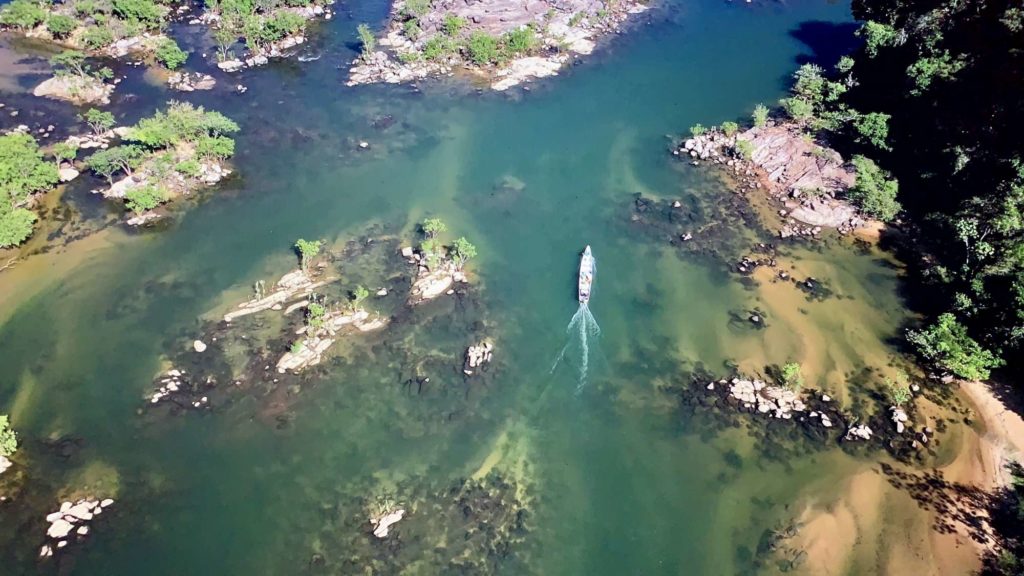 In the humid hot air of the Amazon morning, anglers will see fish sipping and rolling on surface like trout. Impressive sized Pacu eat insects and anglers can fish them with dries and wet flies! Anglers can fish big hoppers for Matrinxas (2-8lbs) in a run or the crazy Curupete Pacu (3-12lbs) which also attacks insect imitations and algae flies in fast waters of the rapids. Exploring runs and flats areas for Tucunare peacock bass (3-15lbs) is also fun using big streamers and poppers, but watch out for the fast, powerful barracuda-like freshwater predator (pikecharacid) Bicudas, that once hooked will burn your fingers in a second. 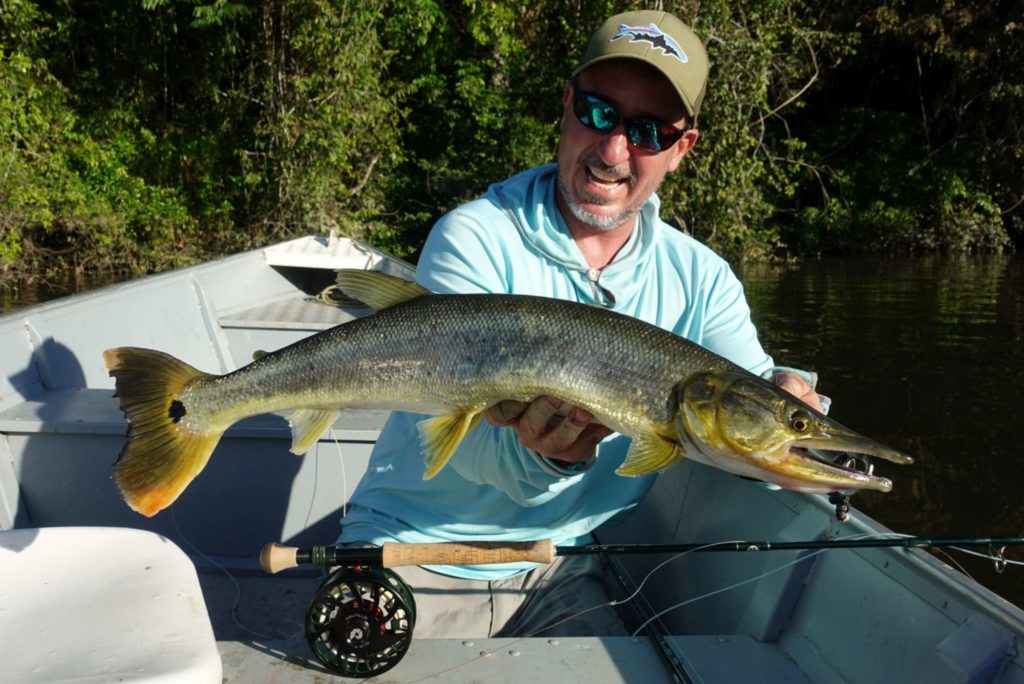 And there are more… Being that we all like aggressive big fish, the Payaras and the prehistoric Wolfish are also found in the Xingu waters. Anglers will experience sight casting for 10-25 pounds Wolfish in shallow water and tributaries. They act like hungry wolves chasing meat, when you cast a popper or a big fly. 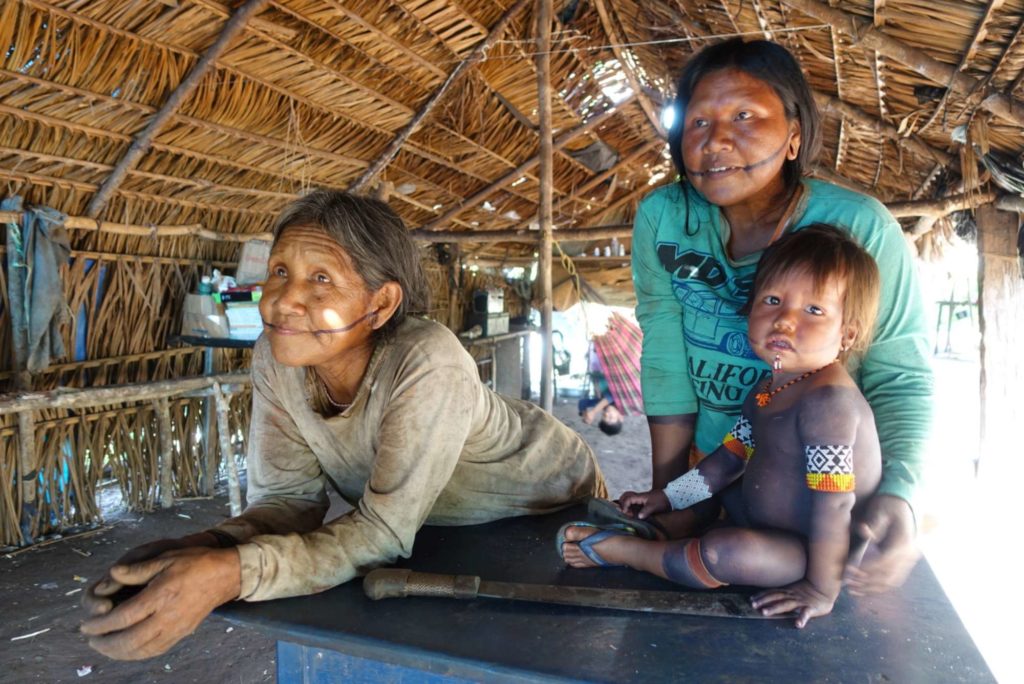 A defining feature of the Xingu sport fishery is abundant large schools of Payara and the opportunity to fish them consistently during the end of the dry season, when they stay deep in large pools, mixed with larger catfishes and other species like freshwater drums and pacus.