Pirarucu, is the first and only exclusive fly-fishing only project allowed and supported by Brazilian Government with focus on Arapaima. Environmental Officials worked together with the local Association to create these very first official sport fishing operations in Brazil. 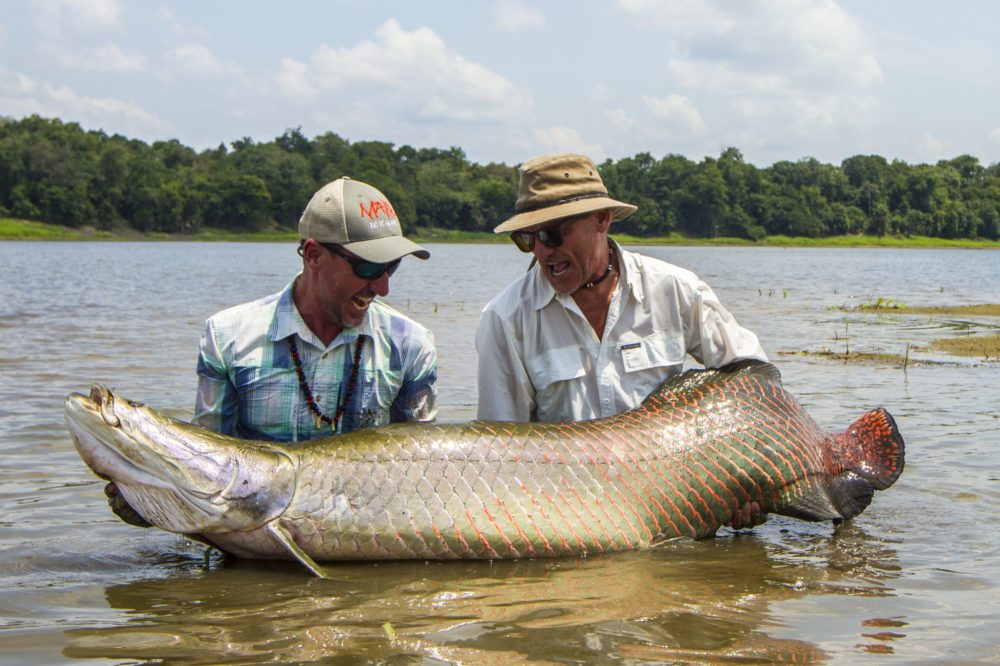 The end of our fifth season at Pirarucu left us with much to celebrate. With the help of the local population the Mamirauá Reserve has become a model of good practice for the protection of arapaima in the Amazon. The reserve is a gigantic feeding and spawning ground for arapaima, tambaquis, arowana, along with several other species and has become a hugely interesting area to explore.

This Mamirauá Reserve covers part of the Solimoes (Amazon) and Japura Rivers along with hundreds of miles of water connected between lakes, lagoons and channels, it is one of the most amazing jungle environments on earth. A flooded jungle environment such as this is categorised as a varzea jungle, this is a vast marshland embedded with gigantic trees and for four to six months each year remains completely submerged. This flooded jungle creates a healthy ecosystem that produces fantastic amount of food for the many fish species to benefit from. The Mamirauá Reserve has now become the most protected varzea jungle in the Amazon and as a result of this holds an astonishing population of arapaima. 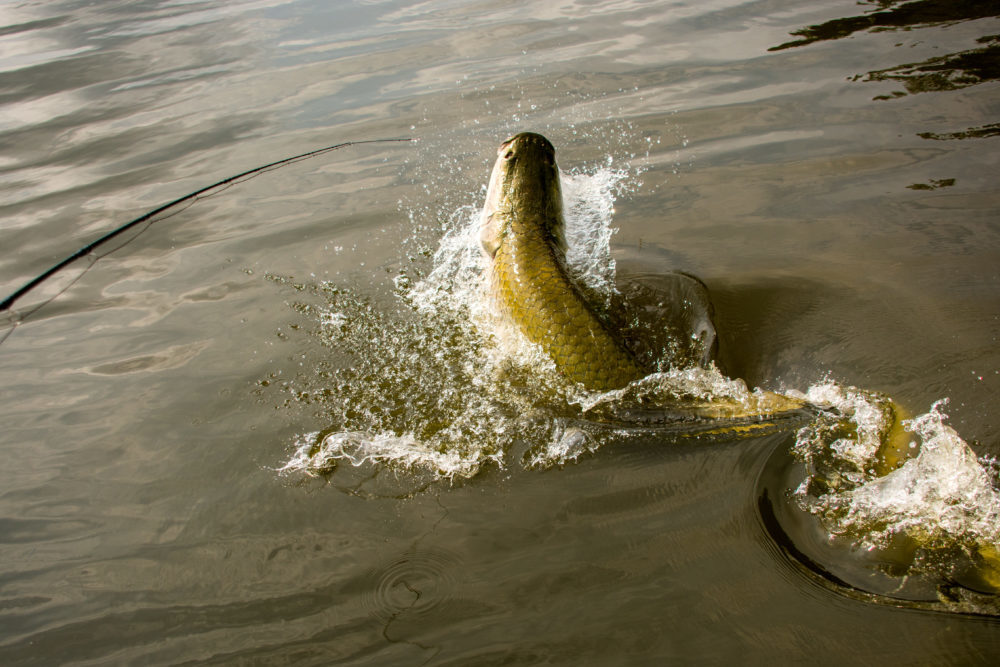 Originally the locals planned to harvest arapaima, this was the case until fly fishing came to the scene. The proposal was to avoid commercial fishing and create new opportunities to protect the population of arapaima while bring significant economic benefits to the native population by making them 50/50 partners in all of the projects.The benefits of running a fly fishing project were far higher than for the commercial fishing operation, not only economically but also for the environment.

Fortunately, the native population has embraced fly fishing and has helped to preserve the most important arapaima reserve in the Amazon.We have all our visiting anglers to thank for their contribution to protecting these amazing fish. We are proud to be the link between fly fishing, the community and their jungle and the giant arapaima.

Throughout the 2019 season we had some amazing fishing. A total of fifty anglers fished an average of five days each in our sixty two day season, more than 200 arapaima were landed. Considering the ratio of fish hooked to landed is about 5:1, we had more than 1,000 arapaima taking flies. Two of the four biggest fish ever hooked with us were landed! Matt Harris landed a 239 cm leviathan, and Jako Lucas catching a 237 cm beast. 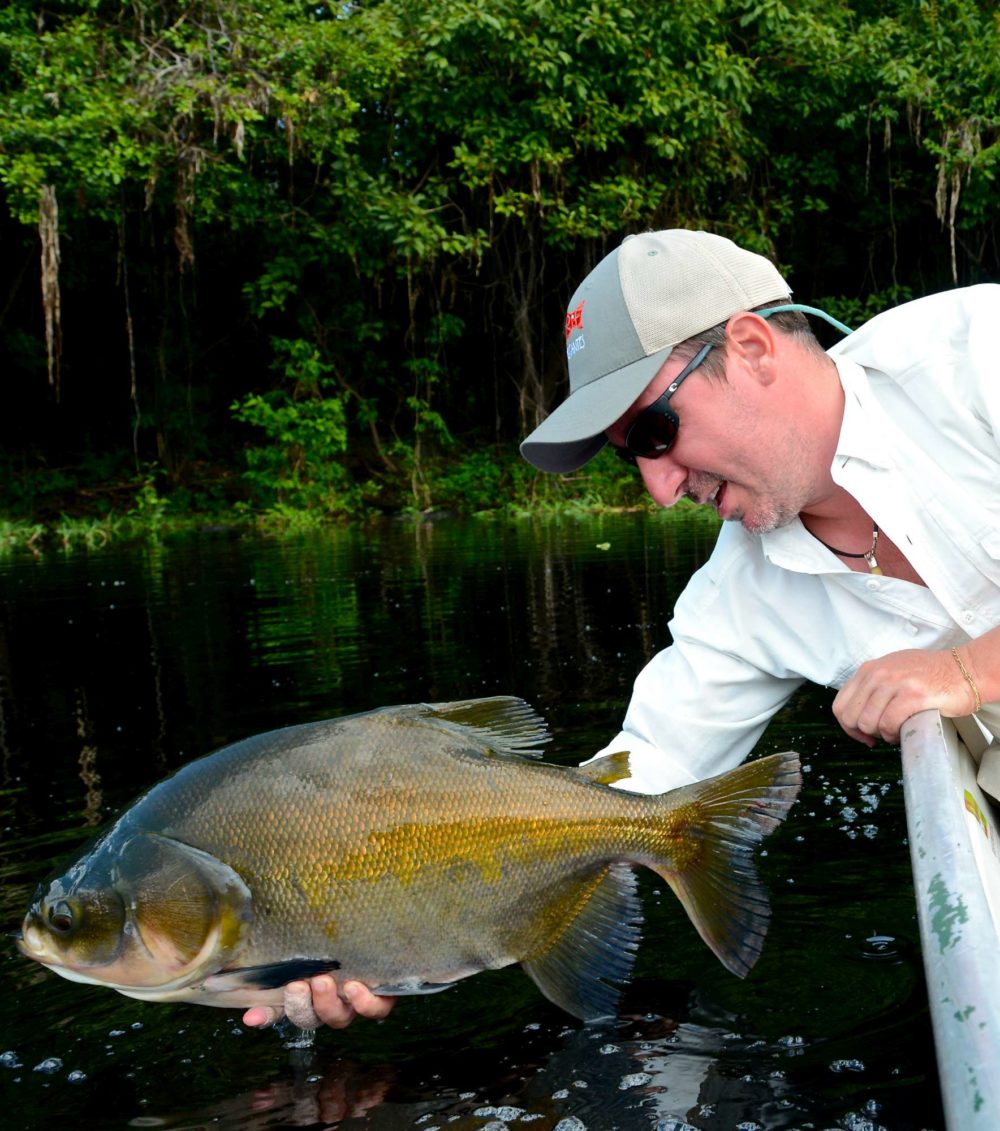 For the native population of eight different native communities, the economic benefits were approximately $100,000 for the season. This helps to improve their quality of life and at the same time protect their forest.

For the 2020 season we have been given approval from the native population and the government to explore virgin never fished before water, we have little doubt it will be teaming with big tambaqui and arapaima. We also plan to start an arapaima tagging program to help us understand more about the migration patterns, biology, and population of arapaima in Mamirauá Reserve.