The Rio Marie (Rio de Gigantes) is located entirely inside a far-reaching Indigenous Territory, approximately 500 miles northwest from Manaus, which is the operation’s base point and the most important city in Brazilian Amazon.

The Rio Marié is born in the Northwest corner of the Brazilian Amazon, up near the Colombian border. It is a tributary of the upper Rio Negro. The Rio Negro basin is the largest drainage of “black” water in the world, with approximately 710,000 km² of land are and is currently one of the most preserved regions in the Amazon, with less than 0.5 % of deforestation. The Rio Negro is its main river, the second largest tributary of the Amazon River. The river area is huge, encompassing nearly a vast amount of virgin waters, boasting a healthy population of giant Peacock Bass. For anglers, this translates into very real opportunities to consistently hook and release much larger-than-average Peacock Bass on the fly. 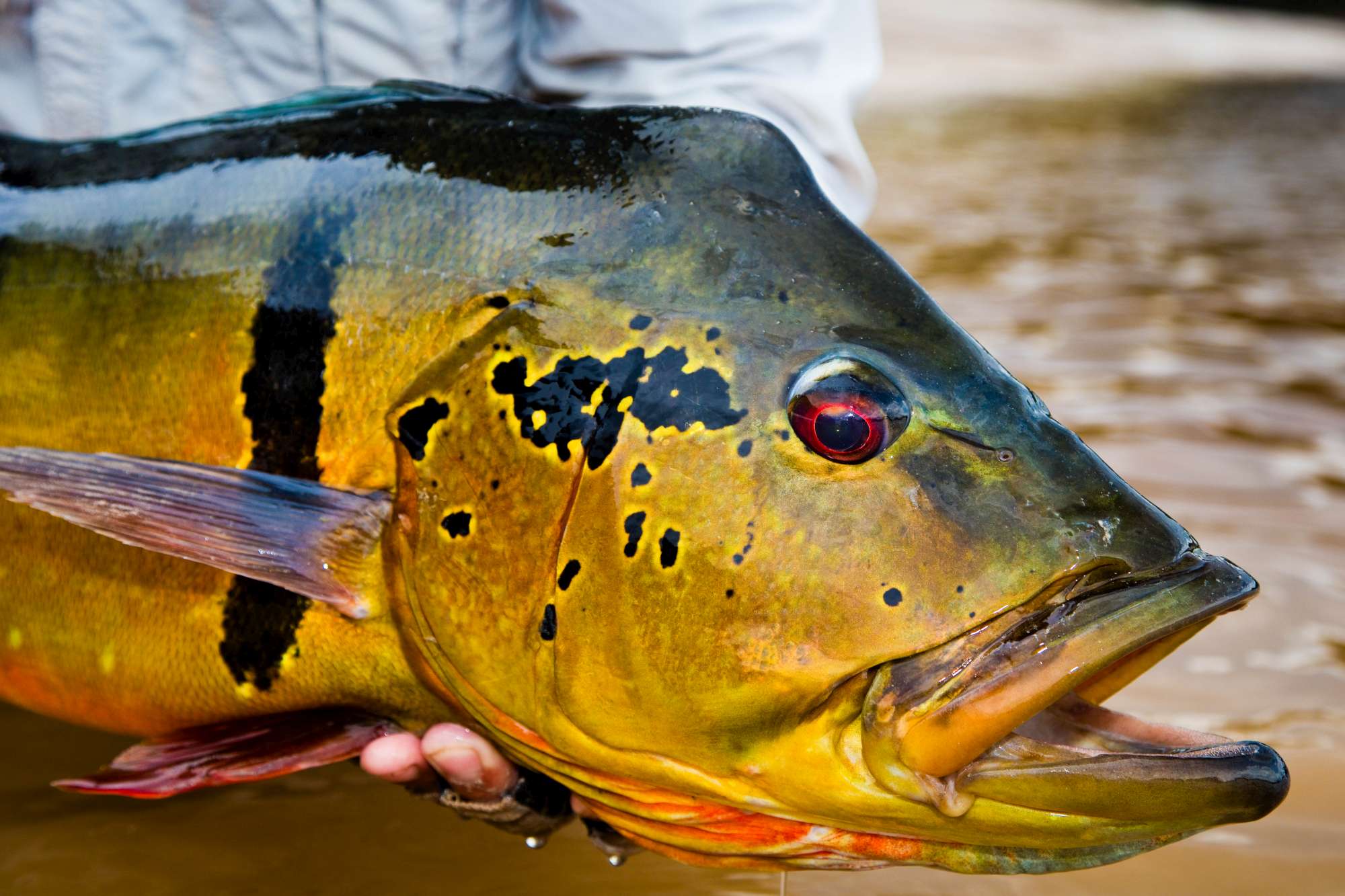 Rio Marié is proven to hold the most remarkable average size of all peacock bass fisheries currently known to the angling world. The features that set this river system apart from all others are its remoteness, the natural characteristics of the river, its intact and perfectly functioning ecosystem, and the level of protection inside a designated Indian Territory that is almost totally un-impacted by modern man. When fishing the Rio Marie, your base for the week is the Untamed Amazon liveaboard. She has 3 floors – the Lower Floor is the restricted area for staff. The main floor has 8 suites, where 6 of them are available for Marié guests (5 double and one single suite). Each suite accommodates two, in single beds with a private bathroom, air conditioning and good space for clothes storage. The upper floor is the place to relax after your long fishing day. There’s a spacious living and dinning room, and on the rear is an open lounge where they serve drinks and appetizers with two big Jacuzzi’s for up to 10 people. 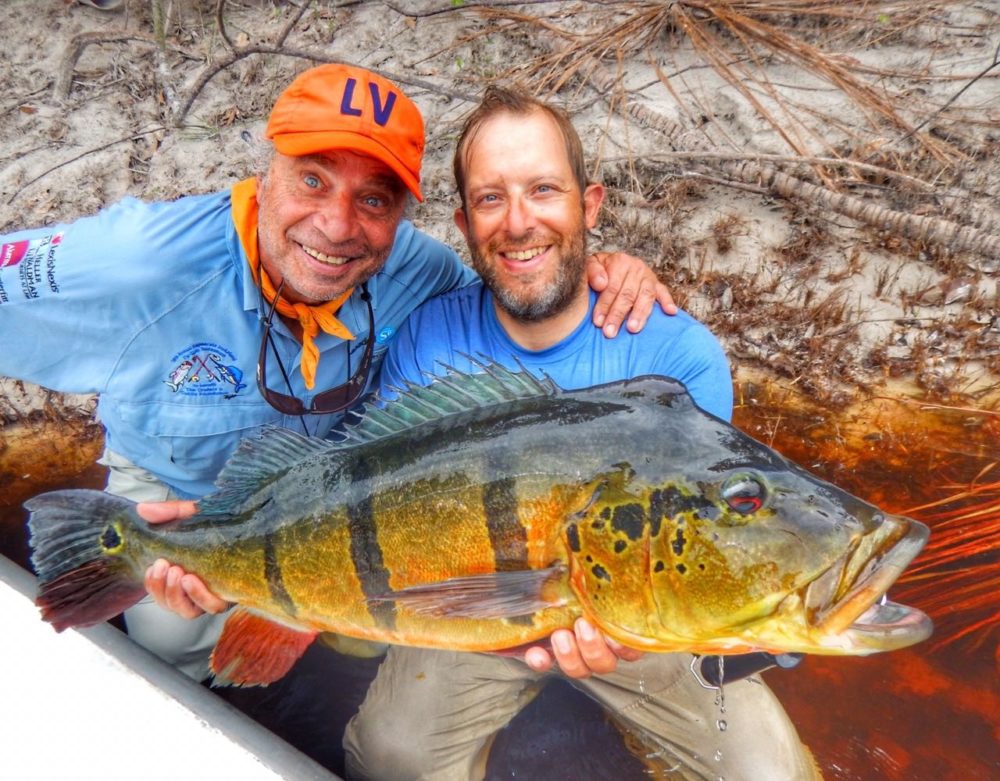 During our fifth week on the Rio Marie, most of the days were rainy, with a few showers and pretty heavy rain at the headwaters, which affected the water levels. Temperatures ranged between 33–36°C. The river levels rose day after day, but we still had sand beaches and good access to lakes. The streams provided cooler water than the main river.  The river was still pretty low, with water levels rising. This made fishing for butterflies slow. Most of the big fish we caught were from blind casting, but this didn’t make things any less fun.

Highlight of the Week:
Mark and Steven caught three fish that were nearly 20 pounds on the same day! 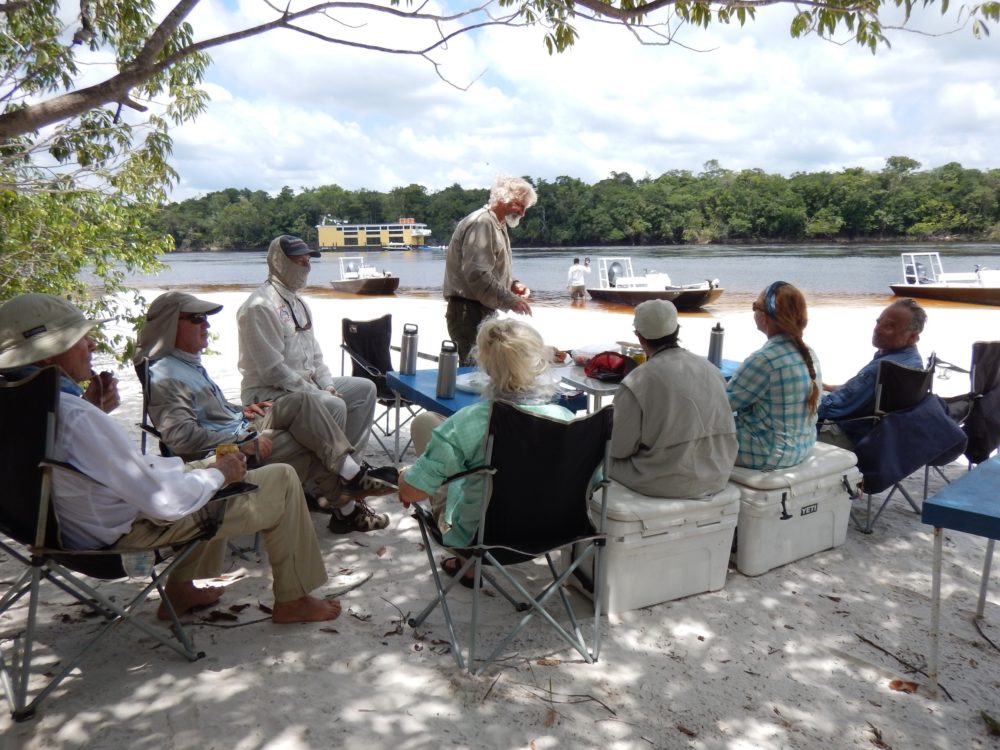