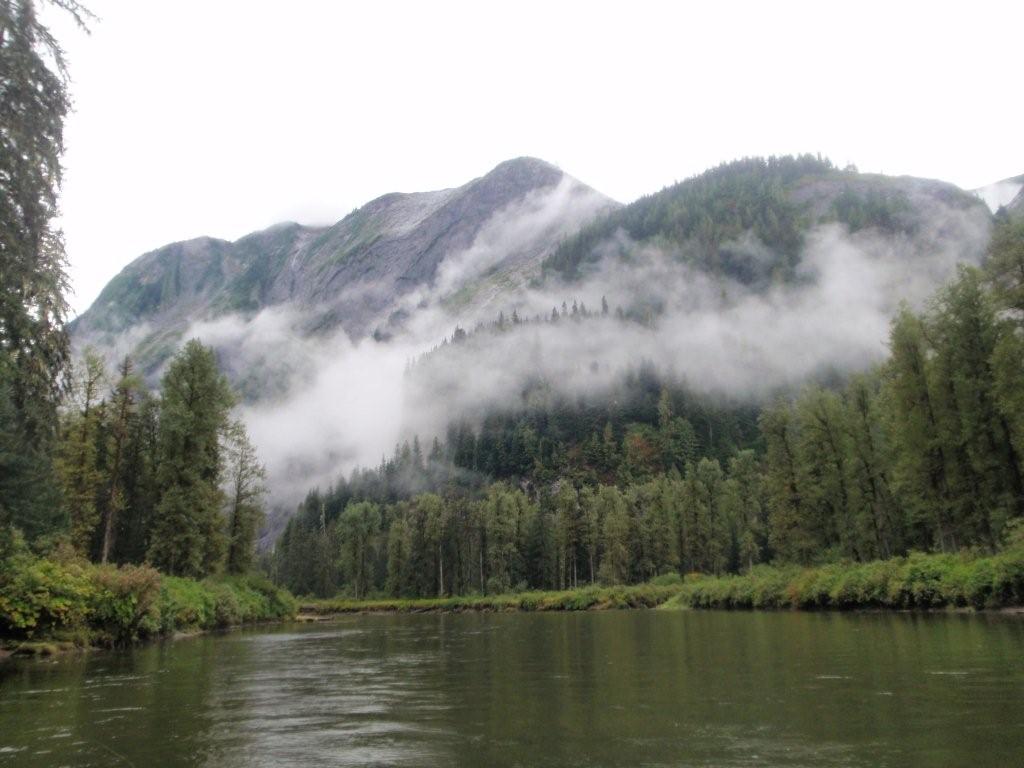 Today Alistair and I were to fish the Kasicks river with Dustin for Coho (Silver salmon). The Kasicks is a stunning tributary of the Skeena east of Terrace and about 20minutes drive from the lodge. We mounted up and headed off with jet boat in tow. I still find by day two of a trip that I am getting my gear organised, and today single handed rods were the order of the day. I fished with a new Hardy prototype 10’ 8# Zenith rod made of the new Sintrix material. I have been testing the saltwater range of rods for a while, but this is the first time I have used the new freshwater range, and this is a perfect single handed salmon rod. 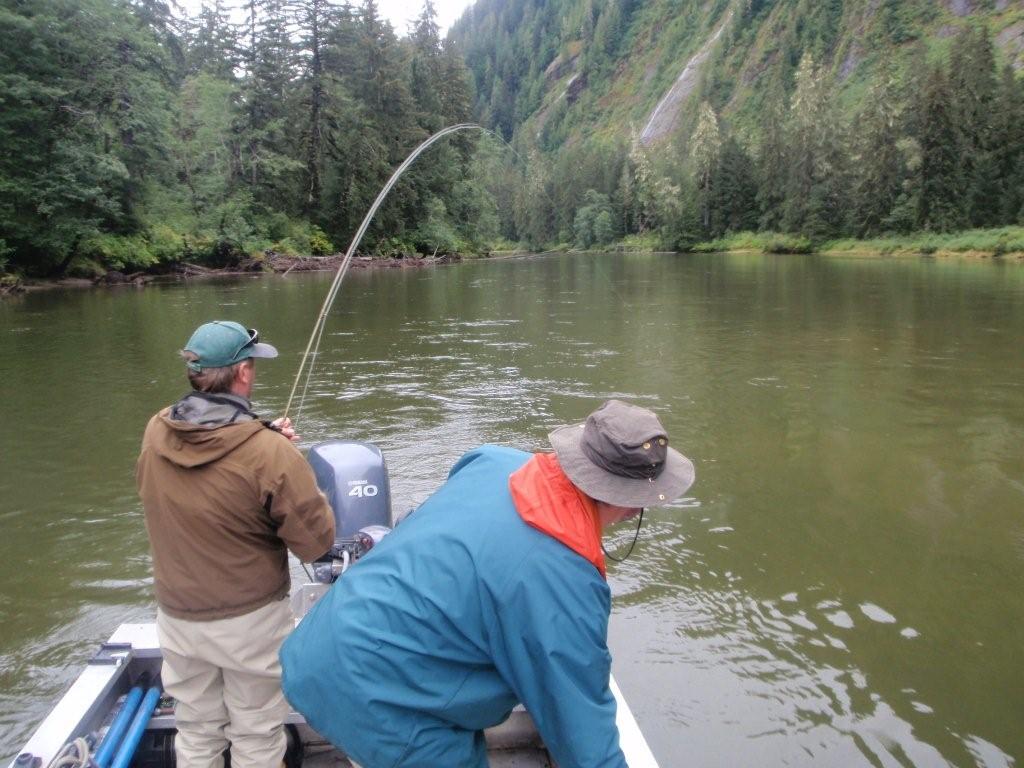 We put in at the mouth of the Kasicks and ran upstream in the jet boat before starting to fish a seam where a small outlet joined the main river. Alistair hit a fish almost immediately before popping off and then we both landed a few. The Coho run in the Kasicks is just gathering speed, but even now the water was still high and quite dirty. We spent the day hunting for pods of Coho as the river slowly dropped and began to run clearer during the course of the day. Alistair and I had a bit a of a competition going on the Coho for a giggle, so there was  lot of harsh chat and over hammed sympathy when fish escaped. Coho salmon have a great habit of doing the “Coho roll” when hooked and are rather good at slipping off the barbless hooks. For me this was a little like snook fishing as we moved upstream looking for deep holes often against fallen trees where the salmon were laying up. 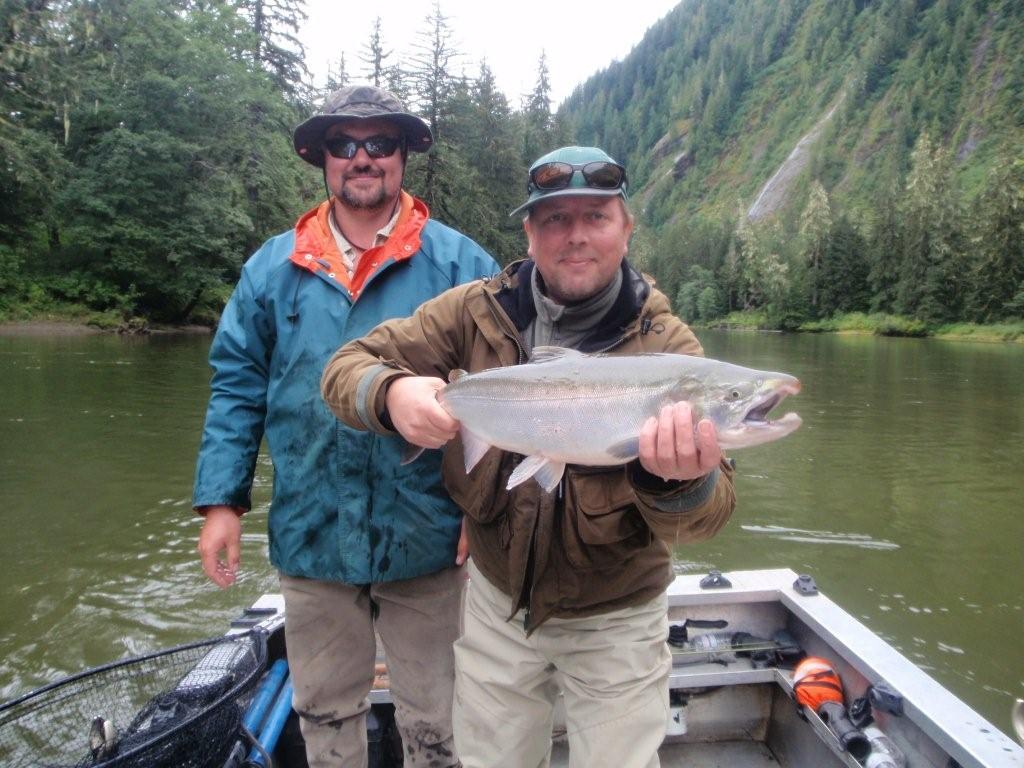 Amongst some stunning cut throat trout Alistair landed five salmon and I landed six, much to his annoyance. Coho like flashy chartreuse and white or pink flies, twitched back on a jerky retrieve, and we certainly using a few amongst the structure we were fishing against. As the day progressed the water became clearer and clearer until by the evening the river had dropped by about six inches and we could spot the schools of Coho on the sandy bottom, a little like bonefishing. It was unlike anything I have done in freshwater, and those Coho fight hard and give a good account of themselves. A great game fish to add diversity.
On arriving home that evening it transpired that others had a good day, and Richard Sankey had landed a fantastic 20 lbs fresh run steelhead from the Kalum River, along with another of 12 lbs and another of 8 lbs. James Paterson had also hooked a large Chinook salmon, but there was only going to be one winner from that game and they parted company. As conditions continued to improved and blue sky was appearing we look forward to what the rest of the week brings.