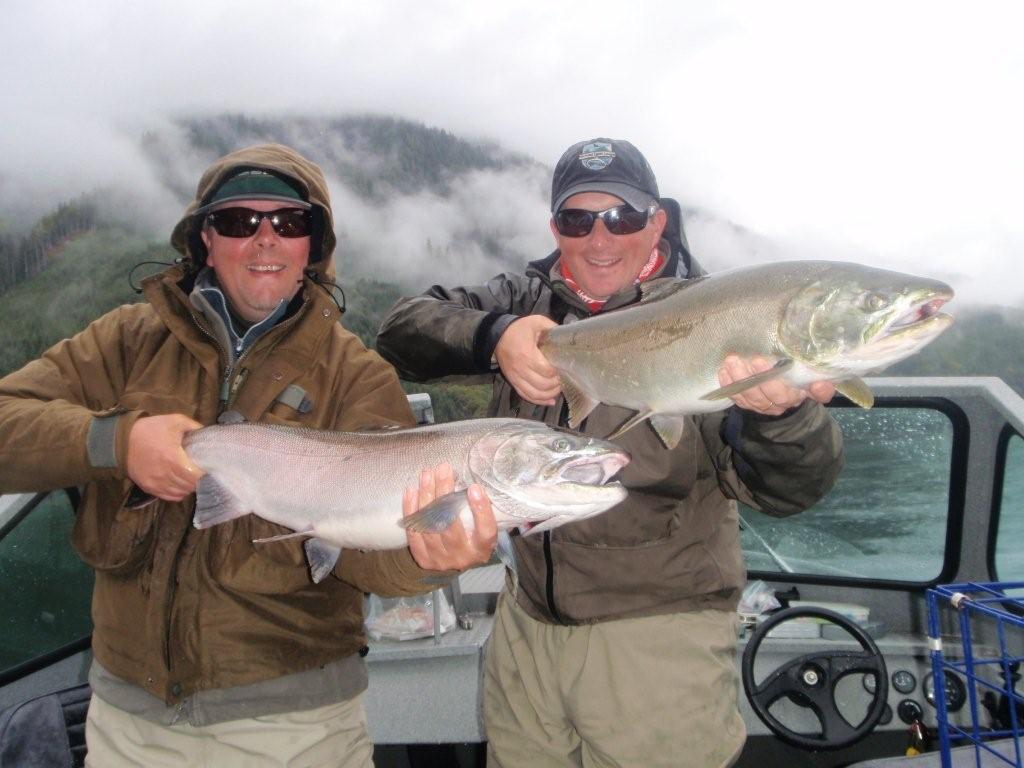 Having felt that we had accomplished out goal, I decided that one facet of this fishery I really wanted to see was the coastal stuff. From Terrace Dustin can have you on the ocean in an hour, and as he was instrumental in logging quite a lot of the coast line down there in his younger years as an logging engineer he knows the coast line like no other. There are numerous small streams that hold steelhead down there that not many ever venture up, and also some fantastic coastal estuary Coho salmon fishing. 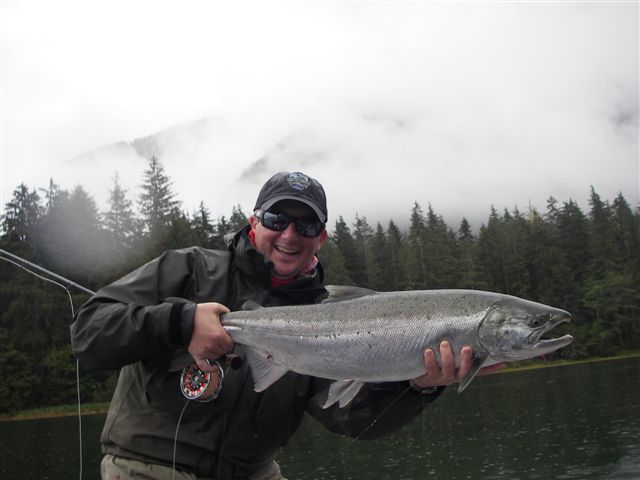 Large schools of Coho salmon congregate in the estuaries of certain areas, and it is possibly to sight fish for them, much like bonefishing. This obviously captured my imagination, and Dustin was keen. We took a larger jet boat with a windshield, and drove to the put in at Kitimat before heading south. The run down the coast took an hour and a half, so it is a little bit of a mission to get there in a day. Normally Dustin would camp or use one of the old logging shacks down there and do an overnight, but we had run out of time. On the run down we saw some hump backed whales cruising down the coast line blowing spume and waving their tails at us which was lovely to see. 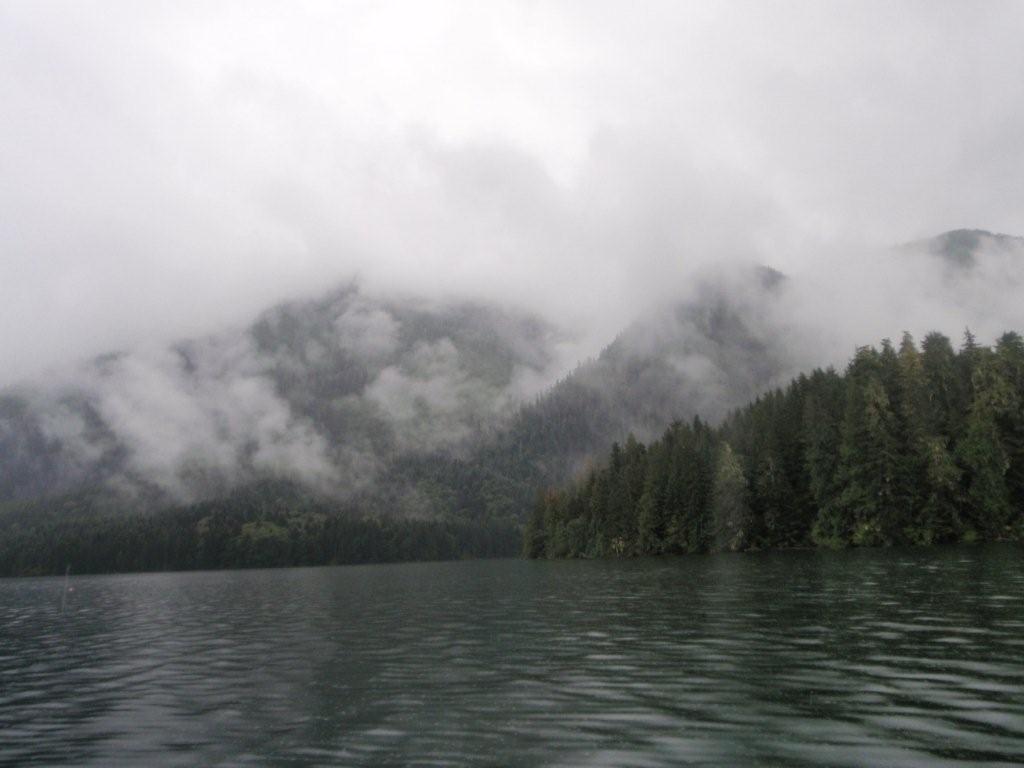 On arrival in the estuary of this river I hopped up on the front of the jet boat and immediately spotted a school of large Coho salmon cruising around. I quickly rigged up a 9’6” 8# with a slime line and began casting at them. I saw a fish break off and charge the fly on the fast strip before hooking up. It charged away from me tail waking as it went. This was just like fishing for tarpon! The Coho fight like demons in the saltwater, and I was immediately stripped down to the backing before I could gain some control over it. This was seriously cool! Then the fish began the “Coho Roll” and slipped off the barbless hook. Alistair promptly hooked up off the bow while I re rigged and managed to land a 12 lbs bar of silver. Once in the boat Alistair and I both remarked it looked exactly like and Atlantic salmon, even down to the bluish pinkish shimmer down the flank. Anyone that says Coho don’t fight need to try this! We caught a couple more up to 15 lbs, and then went and set some crab pots. The area has a huge population of Dungeness crabs that Dustin assured us were some of the finest to eat. 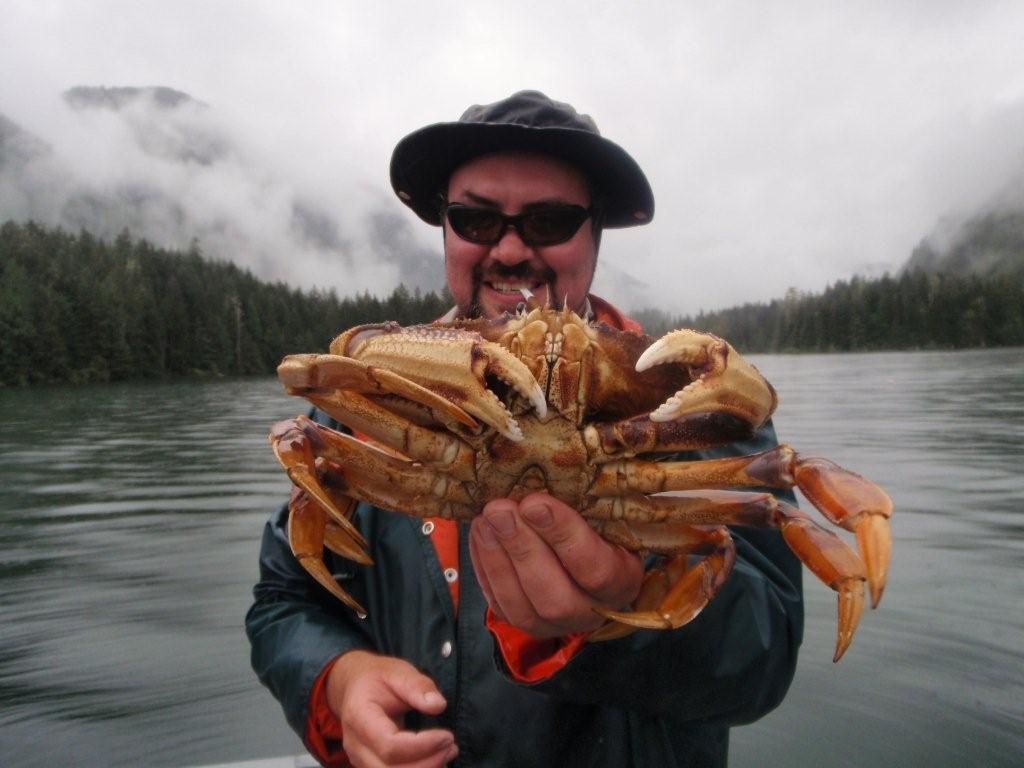 Heading back to the bay there were salmon moving everywhere, jumping and porpoising. Alistair and I took up our positions on the boat and again began to scan the water for the bluey green shapes. We saw a number of Coho there which had to be scrapping the 20 lbs mark. This felt so normal to me, and I felt like I was standing on the front of a flats skiff with the fly in my hand waiting for the fish. I saw a school moving to me and threw the fly in the air and began to cast. The line sang out through the rings and the fly landed about three feet in front of the moving school. I began to strip and a couple chased but turned away. Not totally easy. I had another couple of refusals before one fish gave chase. I stripped the fly faster and faster and the fish charged the fly but would not take. I stopped the fly and the Coho just opened its mouth and engulfed it. I set the hook and we were dancing. We caught quite a few more before heading to the crab pots to lift them. The pots were pretty full and we had a good haul. We did have to leave early though as it was a long run back to the dock. In total I think we landed 12 Coho between 8 lbs and 14 lbs and a bunch of crab. 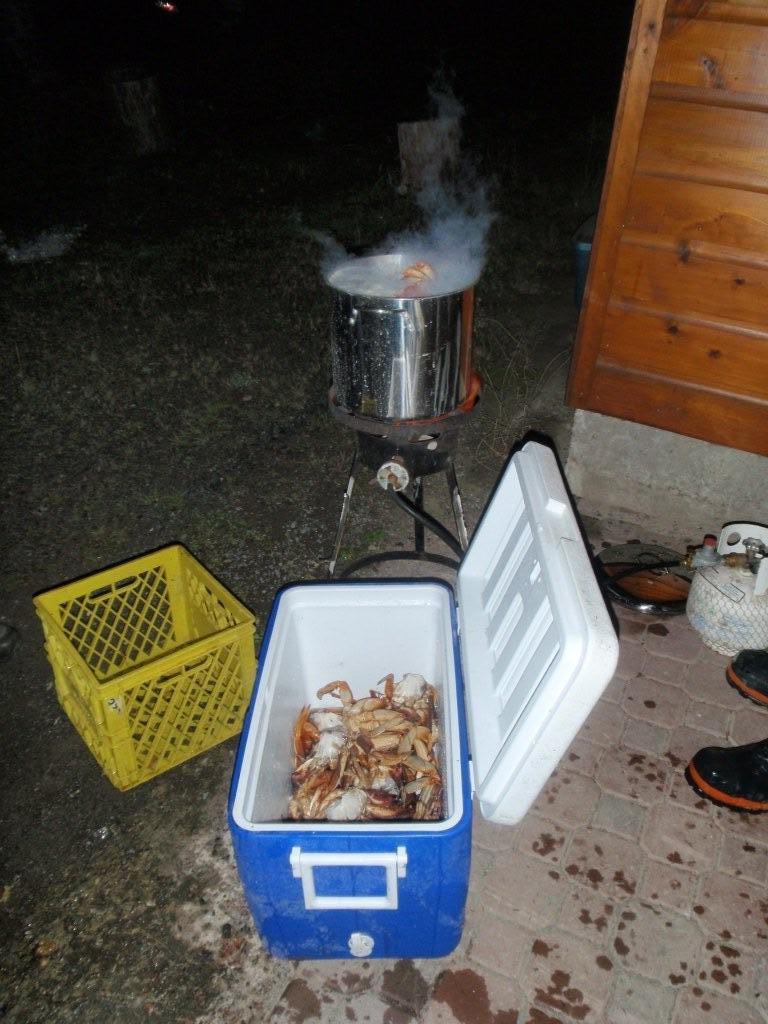 Returning late back the lodge Dustin cleaned them and dropped them into boiling water and we had fresh crab for dinner. It was superb! It was in incredible way to end the trip. The group as a whole did very well, and we landed over 40 steelhead for the week, with many more lost and hooked. We also caught a good number of Coho salmon, which in some cases are just as much fun to catch as a steelhead and fight hard. I should mention that Coho here get large, considerably larger than other areas of the West coast, and Jonathan’s fish of 20 lbs was a real specimen. Conditions were not always with us, especially in the early part of the week, but Dustin always has somewhere to go and fish. His operation also has a large proportion of classified licences on the Upper Copper and Skeena. The lodge was fantastic, and Alf and Simone fed us like kings. I am already sad to be leaving and will be planning to return next autumn. I still feel I have barely scratched the surface, and I fished a different river every day!