Can we trust the Trust? – By Simon Cooper

Home | Fish Tails Blog | Can we trust the Trust? – By Simon Cooper 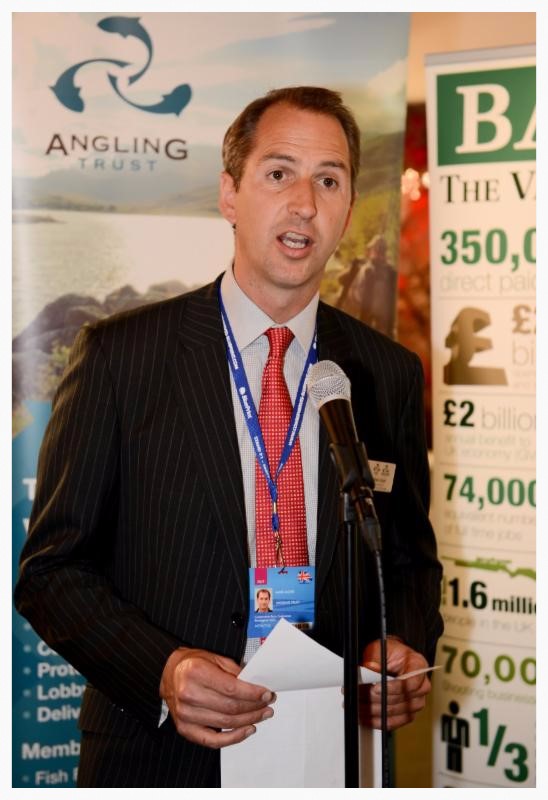 We found this recent article by Simon Cooper extremely interesting and thought it should be shared.

I recall talking to Mark Lloyd not long after he took over the Angling Trust which rose into being out from the ashes of the crisis-ridden Anglers Co-operative Association (ACA).  With no money, little organisation and mainly hope to sustain him I don’t think many people gave Mark much chance of success. But six years on Mark has confounded his doubters to create what he set out to achieve; an Angling Trust which speaks with a single voice for game, coarse and sea angling.

He has every reason to be proud. I am sure out there in the bigger world beyond angling there is a plum job ripe for him, but for now he may rest on his laurels having landed a £1m a year contract from the Environment Agency  (EA) to increase angling participation, tackle illegal angling and manage a fund to improve angling facilities.

It is a mighty task he has set the Trust and one I suspect will give him as many sleepless nights as he had when the infant Trust lived life from day-to-day. And I’m sure he is being assailed from every side with not only advice but snouts heading for the trough of public money.

I have no interest in the latter, but this opportunity to change the landscape of fishing for the generation to come deserves some radical thinking.

Know your market You will often hear it said angling is the biggest participation sport/pastime in Britain. It isn’t and not by a long way. Natural England, the quango tasked with protecting rural England, carries out a quarterly participation survey. Guess where angling ranks in the activity list? 16th. You might not consider some of the things listed as true sports or pastimes e.g. dog walking but twice as many people went horse riding as went fishing and five times as many road cycling (4.5m vs. 26.3m) in the last three months.

We have to come to terms with the fact that angling, however passionate we might be as anglers, is a minority sport. I wrapped my head around this some years ago when the marketing director of a well known fishing tackle retailer slipped me some data that showed there were only 150,000 regular fly fishing participants in the UK. If you are in the fly fishing business I can tell you that is a sobering fact.

However, it is not all gloom – as a nation we love our rivers, lakes and canals. In the same Natural England survey people were asked where they chose to spend their leisure time when visiting ‘green spaces’. Beside those same rivers, lakes and canals they said, ranking it 4th in the table with 102m visits in the most recent three months. By the way the top place to go is a park, with just over two and a half times that number. The message is clear; you will get people passionate about rivers for reasons other than angling.

Reform the fishing licence Two things scream out for reform – criminal convictions and the abolition of licences for children. Taking the second first I truly cannot think of another sport in Britain were we tax a 12 year old to take part in a healthy, life fulfilling activity. OK maybe it is only £5 for the 12-16 year olds, but a fiver is a fiver and maybe not that easy to squeeze out of Mum or Dad. And once you are sixteen it jumps up to £27, which is a lot of money in a cash-strapped household where that is half a days’ pay on minimum wage. The income from child licences is paltry – something like 2% of the total. It should be abolished as of now for anyone under 18.

The decriminalisation of the rod licence is a more nuanced argument. Currently if you are caught fishing without a rod licence you risk a criminal conviction and a fine. In the world of carrot and stick this is most definitely the stick approach but you have to ask how effective it is. By all the estimates only one in three anglers bother to buy a licence, with just 2,800 convictions in 2013 from 70,000 checks by wardens. When you add up the huge manpower this took, the cost of court and police time you have to wonder whether we have this one right.

In much the same way as the debate surrounds the BBC licence a radical solution is required. Let’s face it the licence in itself is useless – no more than a simple ruse, backed by the force of law, for raising money by taxing fishermen. I have nothing against cyclists, but when was the last time they paid a cycling tax?

Put that way I think it is hard to win any goodwill for the current system, but as I said it is more nuanced. Every single penny that is raised by the licence (roughly £18m) goes to fishery management though the EA, which is matched in turn by another grant from the government of £12m. It doesn’t sound quite so bad now.

I think the trick here is to talk to anglers like adults, decriminalise the licence and put our future efforts into persuasion rather than enforcement.

Treat every pound as if it was your own Earlier this year I bumped in an Angling Trust camera crew making a promotional video to promote their new app. It was the full works: script, cameraman, lights, soundman, makeup and director, featuring a well-known comedian.

Seemed a great idea I thought. Where was the video to be used I asked; for all the effort a TV campaign seemed the natural choice. Nobody really had any idea. Maybe we’ll put it on the web site somebody ventured.

Well, yes it is currently on the Angling Trust web site and at the current number of viewings (7,000) it has cost £7 for each viewing thus far.

The relentless pursuit of purity The Angling Trust is doing a lot; one look at its (rather messy) web site proves this and with the new contract with the EA it will expand further. However, the Trust should never forget its roots in the ACA which was dedicated to protecting rivers from pollution, seeking out wrongdoers and giving a voice where needed.

In an increasingly crowded island, where a growing population demands more use of water, protecting our rivers and lakes will prove harder with each passing year. The relentless pursuit of purity should be forever the reason for the Trust’s existence.

Can we trust them do this? I think and hope so.

Simon Cooper is the owner of Fishing Breaks, a well known Chalkstream fishing company and also the author of “Life of a Chalkstream” which is an excellent read.