We are fortunate to have had another great season. While most salmon rivers around the world saw fewer fish than usual, we fared well in 2014, not the numbers of fish we usually see but not bad overall. The Bonaventure started later than normal but the returns were good for the season. The Grand Cascapedia also did well, similar to the Bony our salmon arrived later than usual. Catches on the Grand Cascapedia for 2014 we only down about 30% for the year. The Petite Cascapedia fared well this season and returns were on time and in good numbers. 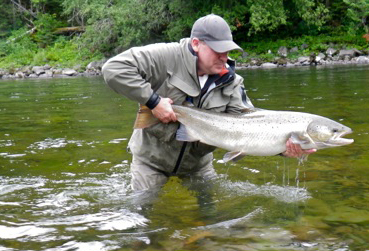 For the most part water conditions remained favourable throughout the season. A couple of weeks of low water in late July and August made fishing a bit more challenging, overall we received the rain we needed and fishing remained consistent. September was our best month by far with a good number of fresh salmon and great water conditions. 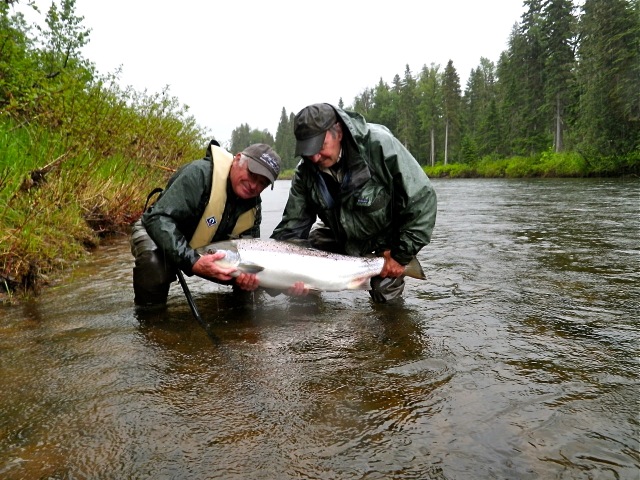 The fish counts on the Bonaventure in mid-July and again in mid-September showed good numbers of salmon in the river, less than a normal year but we did meet our spawning requirements. The same was true for the Grand Cascapedia where spawning numbers were also met. The Petite Cascapedia did well and surpassed the required numbers of salmon, good news. 2014 was defiantly a years for grilse, all three rivers had more grilse than normal, a good grilse year has always been followed by a good salmon year, 2015 should be great! 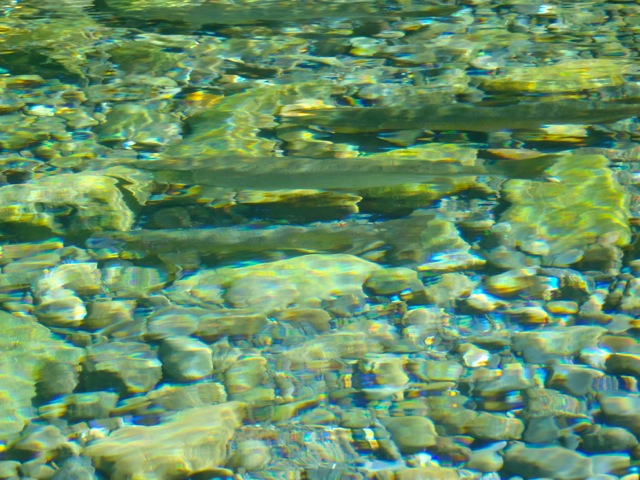