As always we looked forward to this years Game Fair with huge anticipation. All our plotting and planning comes to fruition over one long weekend of continual activity and fish chat. We were very worried by the potential weather threat, but despite the odd down pour Saturday remained mostly sunny and we received over 136,000 visitors through the doors.

This year we experimented with our own marquee, and joined forces with Nick Hart and the Hart Fly shop. We therefore created a one stop shop for those looking for overseas fishing along with the tackle which we found to be a huge success. Our stand has evolved over time and this year I felt that the giant images caught the eye of those passing and helped them gravitate towards the stand. 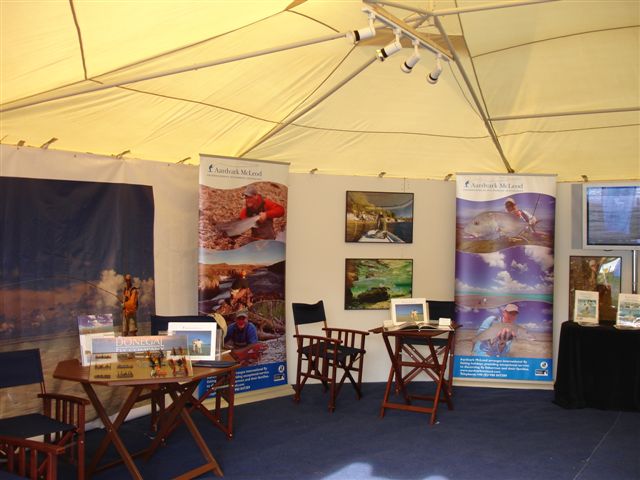 We were joined this year by Chris Yrazabal from Los Roques and the crew from the Latin American Fishing Company, and their help was greatly appreciated. Having their added expertise with us and the opportunity for those wishing to go to Los Roques or South America to pick their brains was fantastic. Los Roques still remains one of the most consistent and slick bonefishing operations in the world, and our new operations in the Bolivian jungle for golden dorado and sea trout on the Irigoyen in Argentina drew a lot of interest. Geoff Straight from Bell 2 Lodge in British Columbia and Jeff Kean from Casa Blanca Lodge in Mexico also dropped by for a chat. 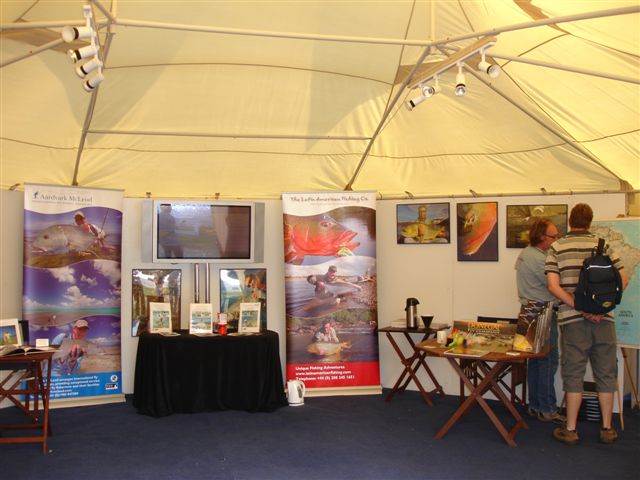 Our staff photographer and television icon Henry Gilbey was on hand between demonstrations to shake hands, along with Ian Barr, the current world fly fishing champion. Ian will be leading some trips to Iceland for us next year. 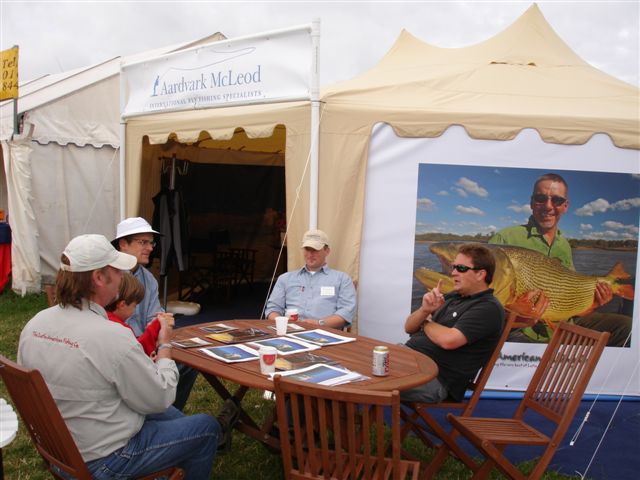 Thank you so much to all those of you who made the effort to come and find us and chat face to face. We love putting faces to names and the opportunity to discuss this year’s trips, see the pictures, and begin to plan next season.