COSTA RICA – something for everyone

Home | Fish Tails Blog | COSTA RICA – something for everyone 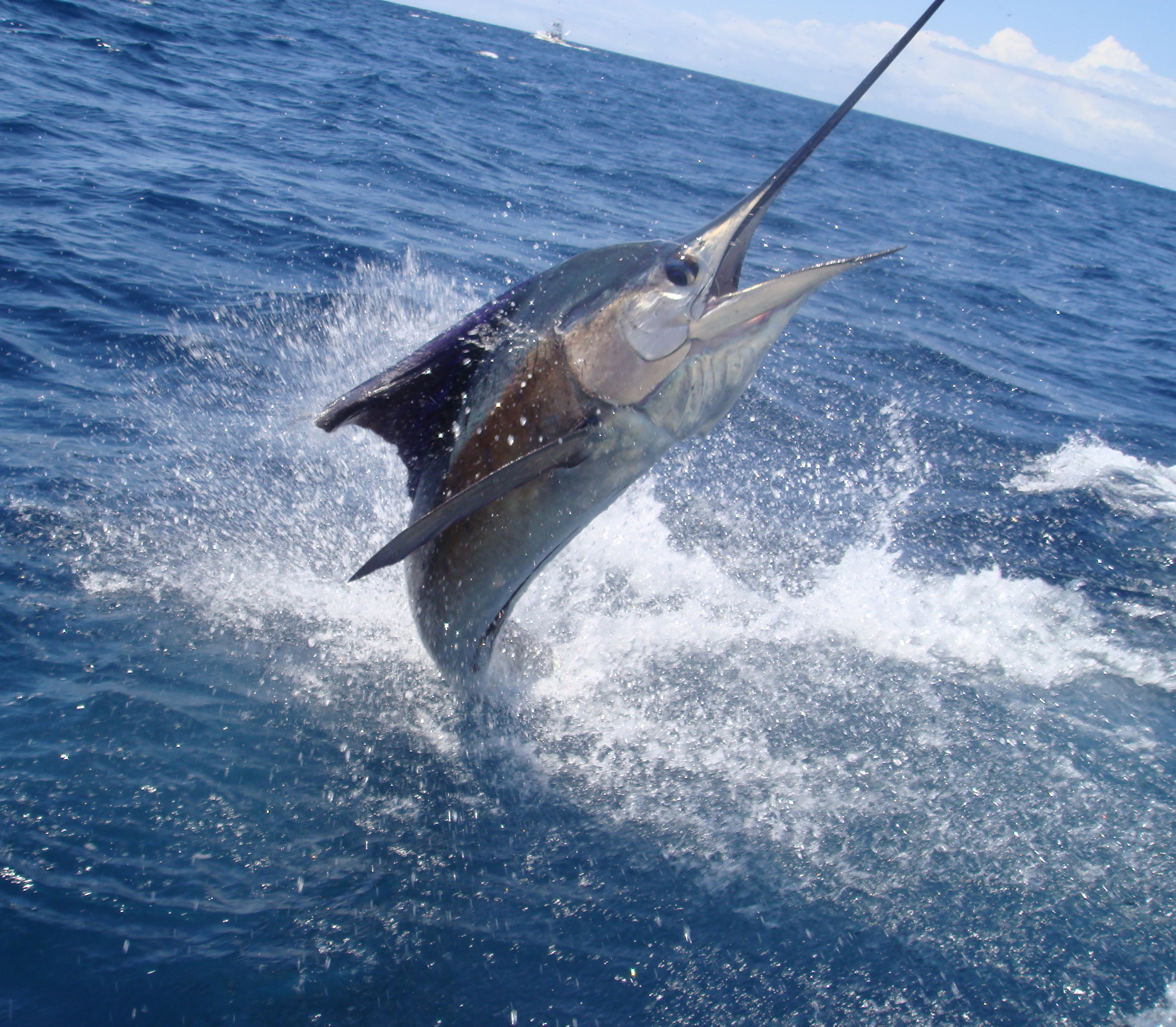 Costa Rica …. rainforest, beaches, great fishing, fantastic sightseeing, plenty for fishers, non-fishers and families to do – it really is the perfect combination destination to keep all members of a family happy.  Bordered by Nicaragua and Panama, Costa Rica is the most stable of the Central American countries and has avoided much of the unrest that is often associated with this part of the world. 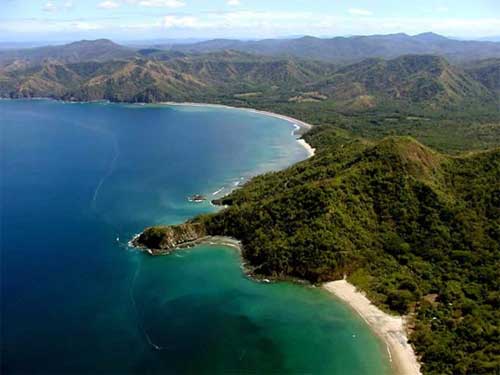 Temperatures are relatively consistent throughout the year which is fantastic for families having to work around school holidays.  Generally the dry season (December to April) is considered the best time to go with little chance of rain in most regions.  It is at this time of year that spinner dolphins are at their most numerous and it is the best time to see the active volcanoes of Arenal or Poas without cloud cover. The wet season May to November is also a good time to travel as temperatures remain warm.  It rains in brief heavy showers (getting heavier in November) and then clears up.  June to August is the best time for surfing and rafting and to see sea turtles with young hatchlings appearing during that period. 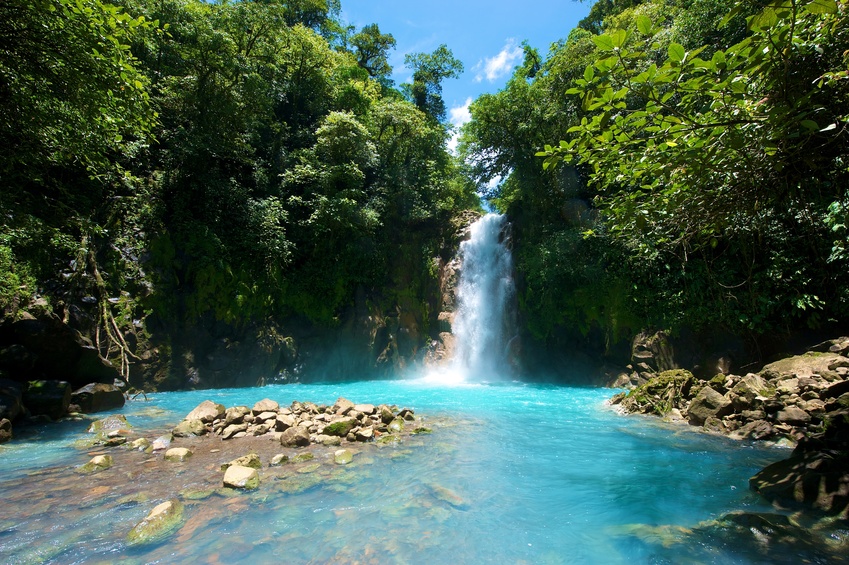 Fishing in Costa Rica is year round – the time of year really dictating where you should be based.  As the billfish migrate north from Golfito, marlin and sailfish are generally centered around Quepos and Manuel Antonio from December to March and further north along the Guanacaste coast (Flamingo Bay) the rest of the year. 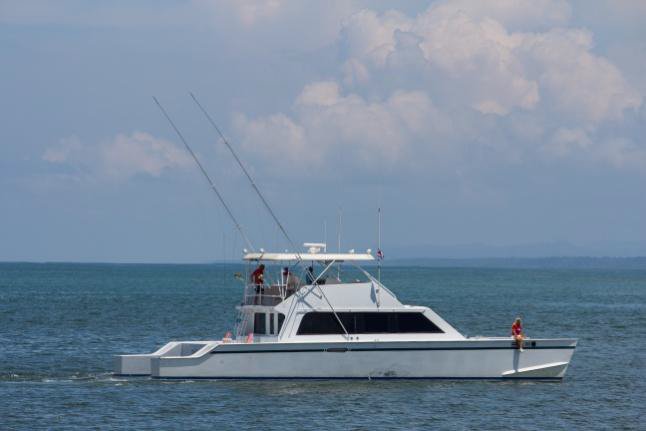 Offshore fishing is what Quepos is all about with its runs of sailfish, marlin and dorado.  Boats leave the dock early, returning late afternoon. Apart from the usual offshore boats we charter from 22 ft centre consoles to 35 ft Bertrams we can now offer BOOMERANG, a 60 ft sportfishing catamaran, all with A/C, three bedrooms, and living room. She can work as mother ship hotel for every night fishing or long distance excursions which will allow you to spend more time on the fishing grounds.  She has twin diesel yanmar 440 hp, a cruising speed of 20 knots with a maximum speed 27 knots. She is equipped with two generators, full electronics, tournament tackle, rocket launcher rod holders, flybridge helm station, big and roomy cockpit area , guest state room, vip state room, a head room, with master room with spacious well lit and mirrored master head , salon dining table, and kitchen area. 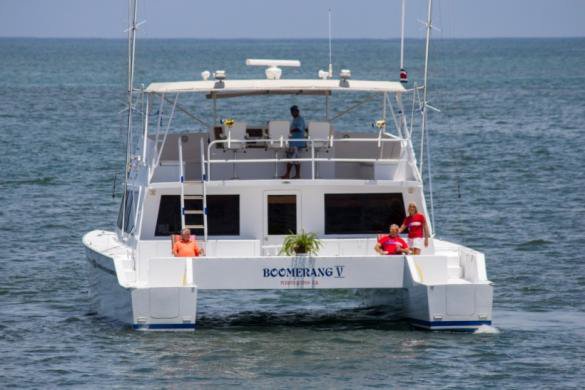 Travelling south to Puerto Jimenez has a fantastic choice of places to stay.   Crocodile Bay is a great base for fishers and non-fishers alike with a huge array of activities in addition to the fishing.  Apart from the bluewater for sailfish and wahoo don’t overlook the inshore opportunities for rooster fish and a huge number of jack crevelle.   This is a beautiful part of Costa Rica and if you have time, staying at one of the eco lodges like Lapa Rios is definitely worthwhile as you will leave with an amazing insight into just how special this area is. 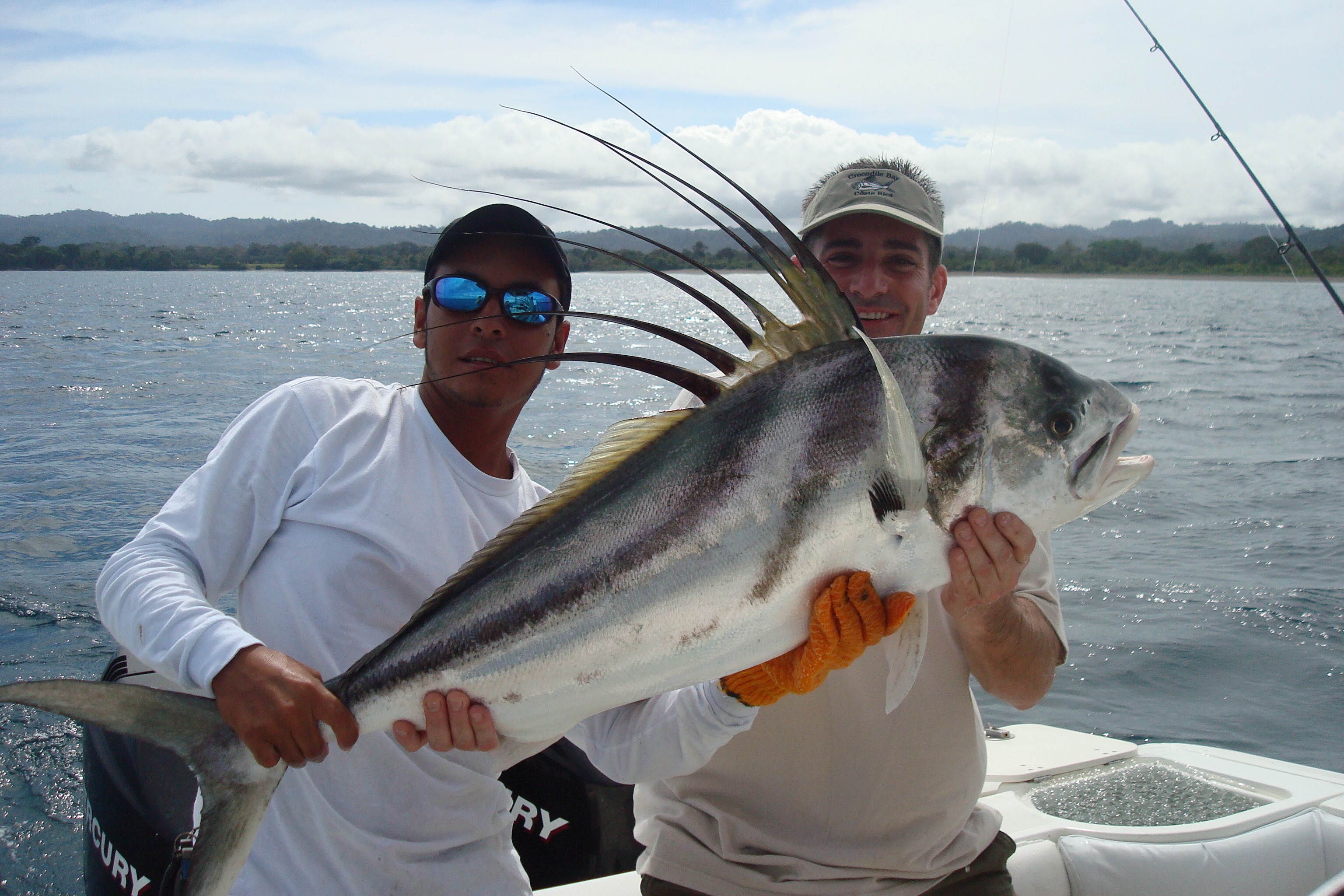 In short Costa Rica has it all; great offshore and inshore fishing, an even climate, superb lodges and hotels to suit all tastes and budgets and plenty to do.Getting to Costa Rica is relatively straightforward via Miami or Dallas and most flight schedules mean that you will need to spend one night in San Jose on the way in but not on the way out.  Travelling around Costa Rica is mainly in light aircraft and activities are many and varied.   Whether you want to fish, relax by a pool, be spoilt in a spa or try your hand at rafting, diving, horse riding, ziplining or walking through the rainforest canopy there is plenty here for everyone.

If you would be interested in further details or an itinerary then please contact Peter McLeod or Charlotte Chilcott alternatively call our office on +44(0) 1980 847389.