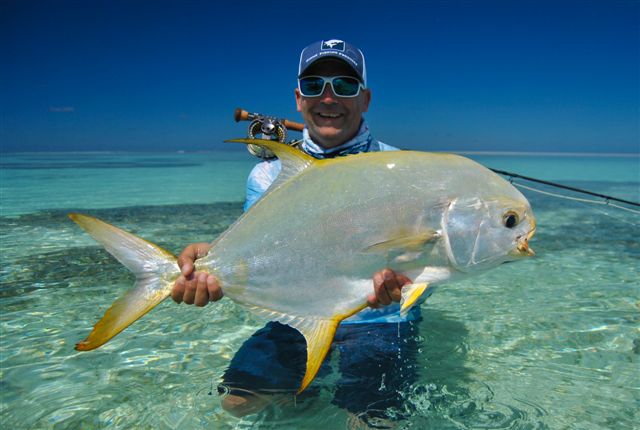 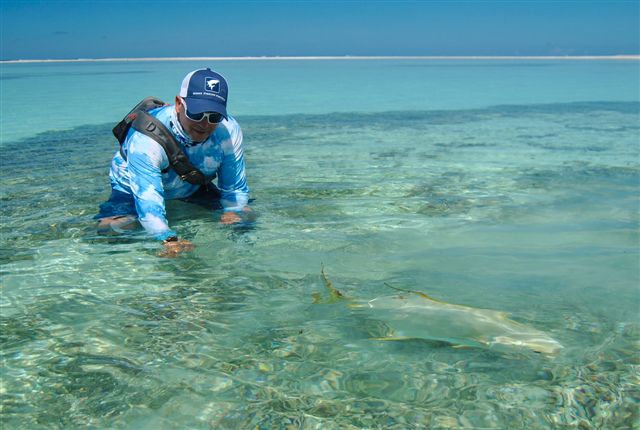 The catch reports from the last two weeks of March speak for themselves and echo the sentiment that the Amirante permit fishery is the best there is in the Seychelles. The results have been exceptional and in the six days when our guests took a break from the luxury of Desroches to venture out, there were five permit landed on fly. Andrew Lewis fished exceptionally well and landed two permit in the two days he fished, Helmut Zaderer landed the biggest of the season and Ilya Scherbovich followed with his first permit on fly. 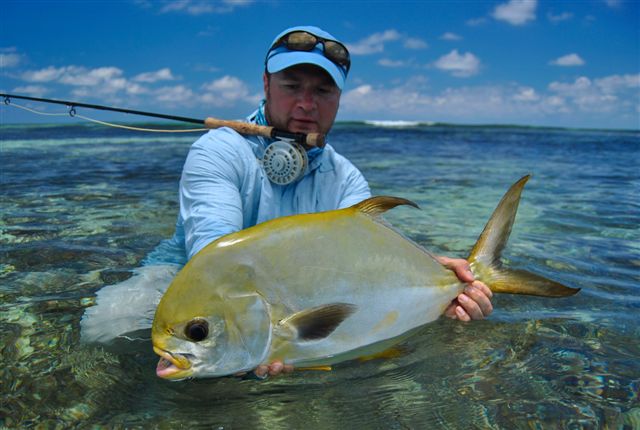 The bonefishing has been really good with both large schools of fish in the deeper water as well as tailing singles and doubles when the tide is out. The flats have also been alive with other species like bluefin trevally and yellowspot trevally, which adds to the excitement of big fish on small rods. James Coates had his first bonefishing experience and on the same day landed an exceptional bluefin trevally on a small Spawning Shrimp, 15 lbs leader and a 9 weight fly rod. Bjorn Viedge also had a remarkable day on the flats of St Joseph’s by landing his first bonefish and a bunch more in skinny water, before adding some variety with a yellowspot trevally. 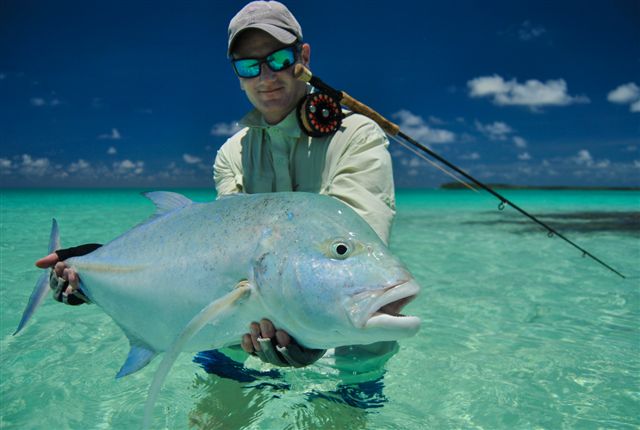 As we head into April and towards the South Easterly season the fishing will continue to impress as the waters cool slightly and the weather stabilises.

Tight lines from the Desroches Team.