Tungufljót is Iceland’s answer to Argentina’s Rio Grande. Not that it has its length or huge number of fish caught per season – the river is accessible to sea trout only about 5-6 kilometers, but the size of the fish is certainly comparable. The river is in size slightly bigger than East and West Rangá and is rated as a large river on Icelandic standard. It is gin clear water and offers endless pools for fly fishing.

The river flows south, through a pair of canyons so narrow that at points you can almost jump across finally widening into pools at Bjarnarfoss. The falls pool, Breiðafor, Búrhylur, Grafarvað and Fitjabakkar are the main upstream pools.

At the junction with the glacial Eldvatn, the huge pool Syðri Hólmi dominates proceedings and is usually the top producer, frequently offering some dramatic fishing and huge sea trout sprinkled in with the modestly sized fish, the modest ones being 5 to 10 lbs. Fishing on Tungufljot for the retreating sea trout starts on 1st April and the spring season fishes into May depending on how long the sea trout stay in the river before returning to sea.

There is some trout fishing with the odd salmon during mid summer but late in August the sea trout fishing starts to pick up again. Salmon start to run as well but they are the secondary fish on this river. If you pick up say ten fish, you’d perhaps expect one or possibly two of them to be a salmon. The season then really starts to gather pace from mid September to the end of season on the 20 October.

Accommodation is provided in comfortable self catering summerhouses – one house for every two rods – and is included in the rod prices. There are beds for four people in two rooms. The living room includes a TV and a radio. On the veranda there is a Jacuzzi and a gas barbecue.

The lodges are just few meters from the river bank, close to the waterfall Faxi, which provides a really beautiful view. Anglers can also stay at one of the full service hotels in the area.

Not far from Reykjavik

The river is located 100 km South East of Reykjavík, only an hour away from the capital. 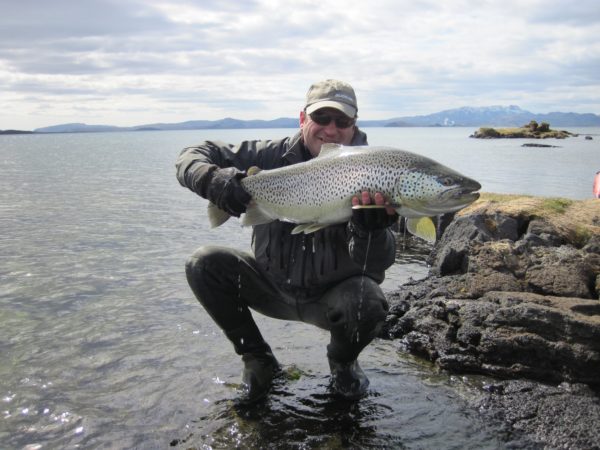 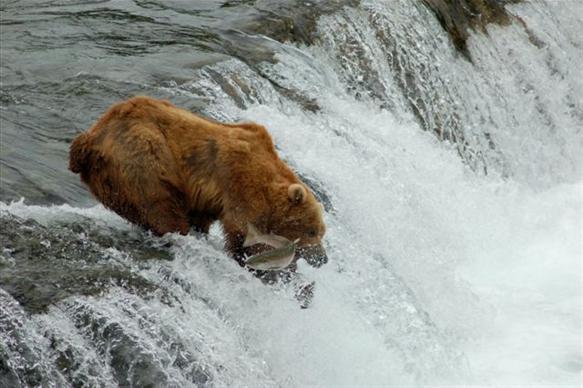 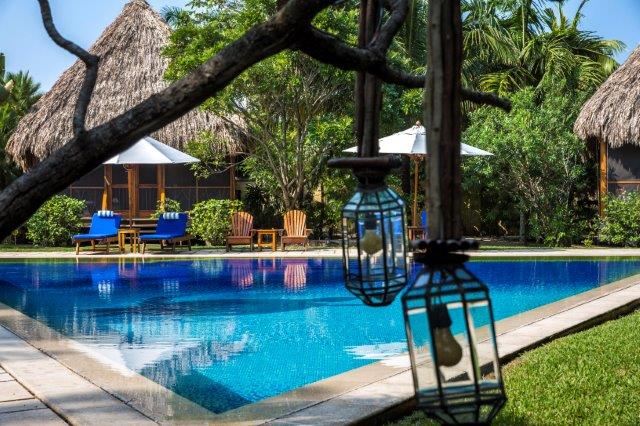