Bosnia; A Return to Crystal Waters by Phil Ratcliffe

It was the end of September and a group of excited anglers met at London Heathrow airport for a week-long fly fishing trip to Bosnia and Herzegovina. All of the group had visited at least once before and the anticipation of fishing the rivers in prime dry fly time was for all to see. Taking in breakfast and coffee, talk of monster grayling and brown trout was high on the agenda. 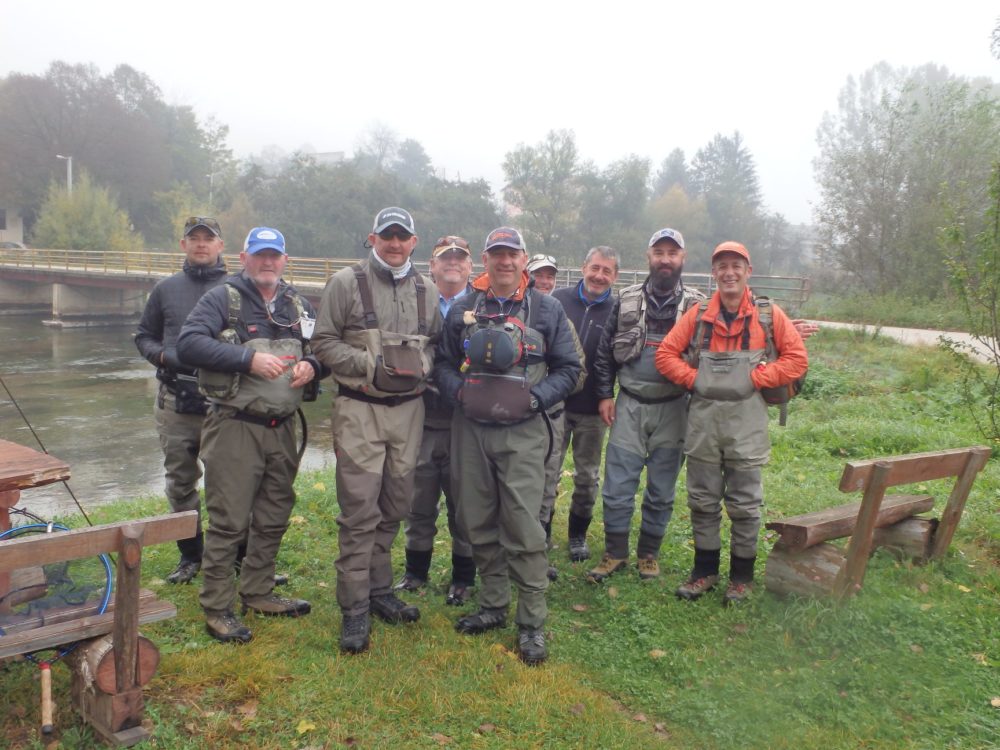 It’s only a short direct flight into Zagreb in Croatia, where we were picked up by our good friend and guide for the week Milenko mita Balaban. The transfer through Croatia and across the border into Bosnia was simply majestic, taking just a few hours. The countryside and scenery was just awe inspiring right the way through to our first destination. It was good to be back. 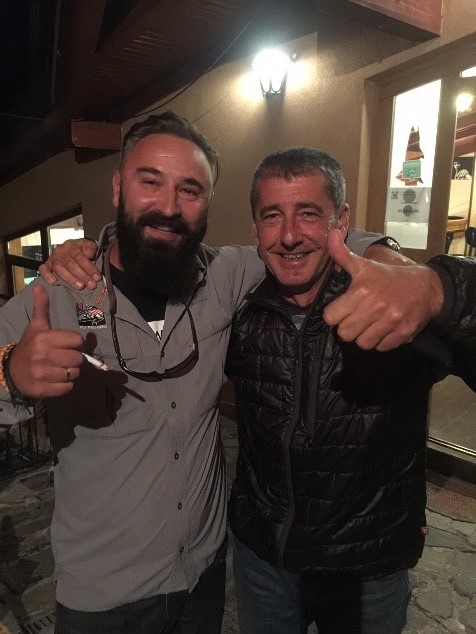 On arrival at the Ribnik accommodation we were also met by Renato Opencar another one of our guides for the week. Both Renato & Mita have fished for Bosnia in competition, and guide full time on these rivers. With experience to hand from our previous visits coupled with their expertise the week ahead looked very promising indeed. 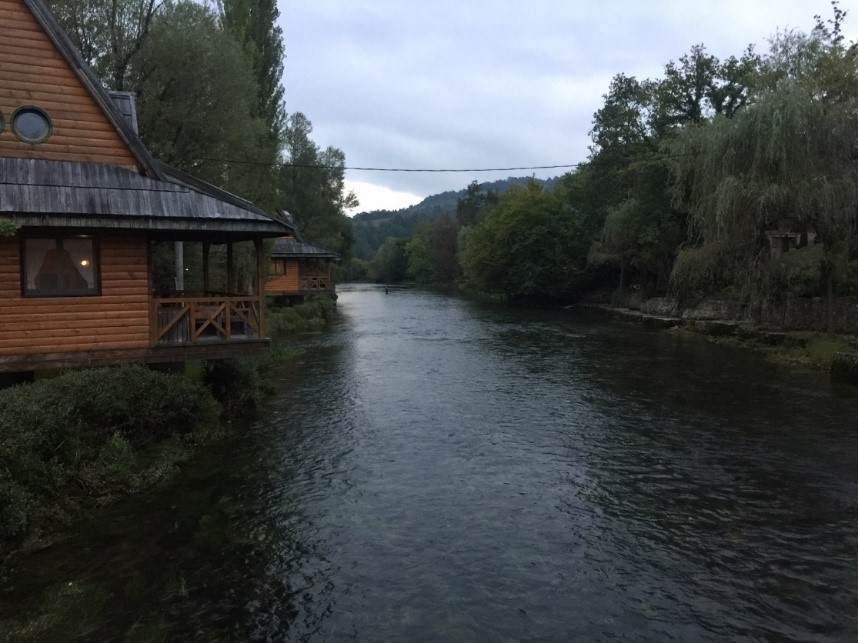 The accommodation on the Ribnik is situated on the banks of the river, with a small bar and restaurant located on site where we were well looked after for the duration. The first evening was no exception, a feast fit for a king, well at least several hungry anglers. The suckling pig was pride of place alongside a few cold beers to get the holiday up and running. 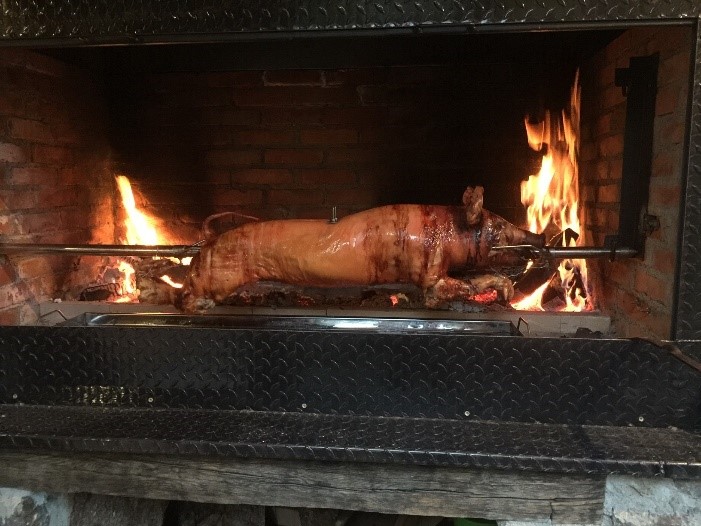 My Rod of choice for the Ribnik was a 9ft #4 Sage mod, a softer action rod that had served me well the previous year. Drawing on experience light tippet ranging from 0.10 to 0.08 mm in diameter and small flies were on from the outset. Having landed several large fish the previous year on such light tippet and the softer action road its down to your angling skills to strike the right balance when playing the fish in the flow. Heart stopping to say the least, larger nymph patterns are utilised when sight fishing the larger solitary grayling. Flexibility is key, nymphing one moment then the hatch can kick off at any time. Its then a quick change over to engage with the madness of feeding trout and grayling on the blue winged olives. 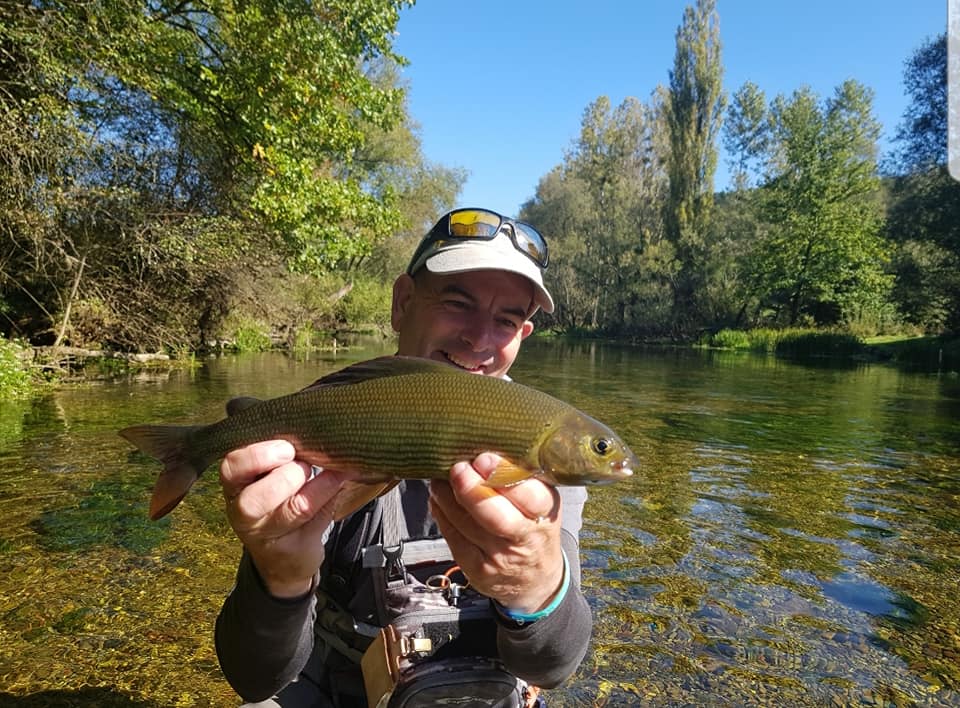 One of the mornings we were treated to several hours of rising fish, it was a hatch of blue winged olives that I will never ever forget. The reason why one goes to Bosnia at this time of year. It was as though someone was stood on the bank throwing in tiny stones down the full length of the river. 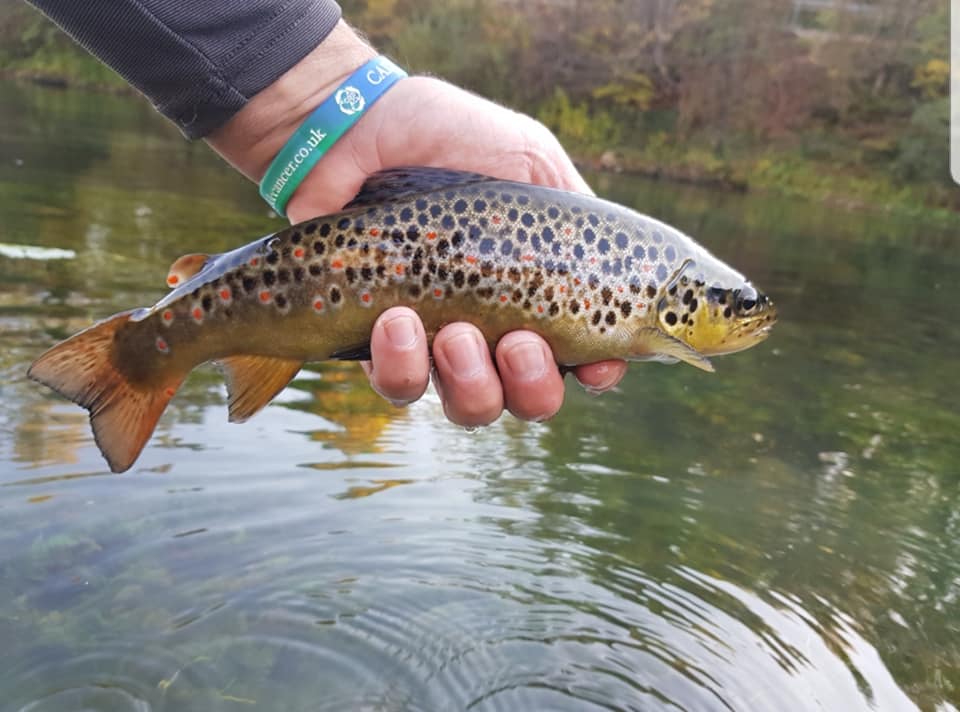 I was shaking trying to get the size 20 olive emerger tied on, the tippet was again as light as I dare go and after degreasing the line and double checking the knots I was ready. Fishing down stream dry was the approach and with the activity all around it was surely going to be like taking candy from a baby. First drift down the fly was refused, so I went to #22 and bingo fish on! A nice grayling slurping the offering. The hatch seemed to last forever and although you may think they were easy to catch, think again. Presentation is key and your fly was quickly refused if it was suspected to be a dud amongst the wash of BWO naturals. 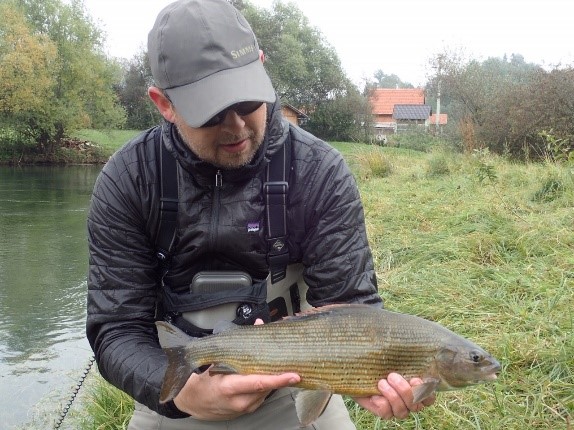 Bosnia’s Ribnik River is also noted for its larger brown trout, and I was lucky enough to latch into a reasonable sized fish on the far bank sipping away in the early afternoon.

Many refusals had gone before to the offerings I presented to the fish, I switched to a small F-Fly to try and coax it from its lair. Tucked into the far bank with a myriad of currents to contend with I landed the fly with precision and almost immediately the water erupted and the fly was smashed. Rod bending double, the trout was trying everything to eject the hook and bid for freedom. A short time passed but what seemed a lifetime a good-sized trout graced my net. 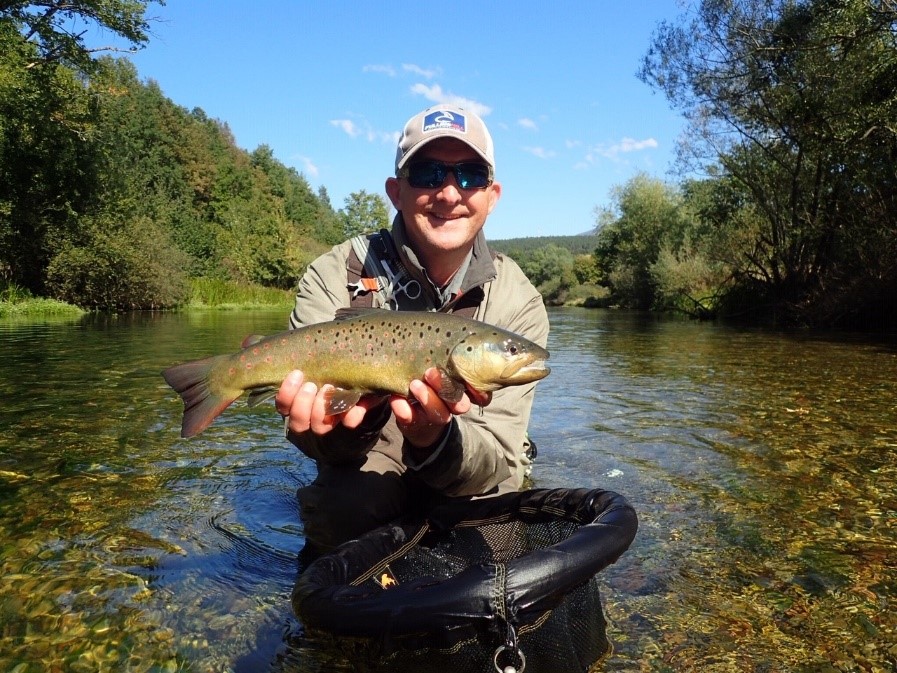 Both myself and the group landed a large number of grayling during the three days on the river, dry fly and nymph proved their worth. Great fishing, superb hospitality and guiding got our Bosnia fly fishing trip off to a flyer. 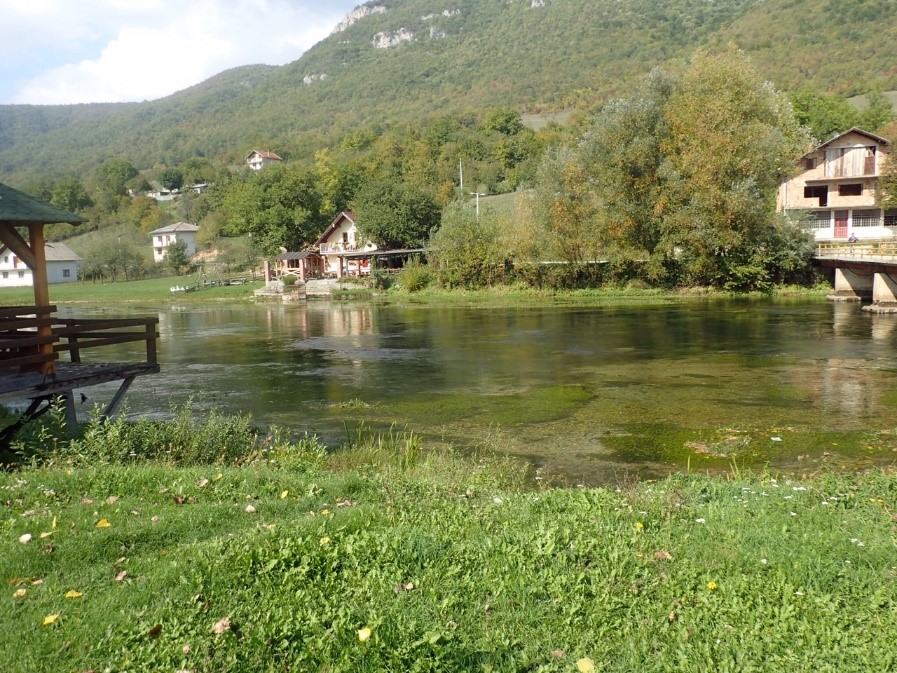 Mid-week we packed our kit and took a couple of hours drive to the Pliva River. The river is much wider and deeper than the Ribnik, the grayling and brown trout are not in the same numbers but what it lacks in numbers it certainly makes up for it in sheer size of fish. It is plentiful in huge trout and grayling, some of the biggest I’ve seen for sure. After settling into the accommodation it was down to the river, single nymph was the order of the day and swapping over to a dry fly as and when needed. Once again we had stunning surroundings and a majestic river for the rest of the week in Bosnia. 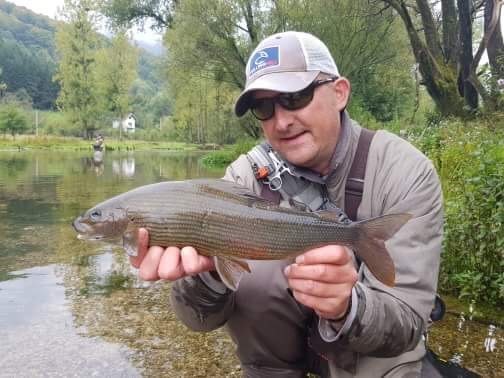 This Pliva, like the Ribnik, was crystal clear and more time was spent sighting the larger fish tucked in behind the river weeds and boulders and on station. The tactics adopted by the Bosnian’s on sighted fish was to try them first with a ceramic nymph, this is short line nymphing in most cases and you can watch the nymph track past your quarry or be taken by the fish. I opted to use my 10ft #2 Sage ESN as most of the fishing this year was on nymph, unfortunately not being treated to any regular hatches that we had experience on the Ribnik. 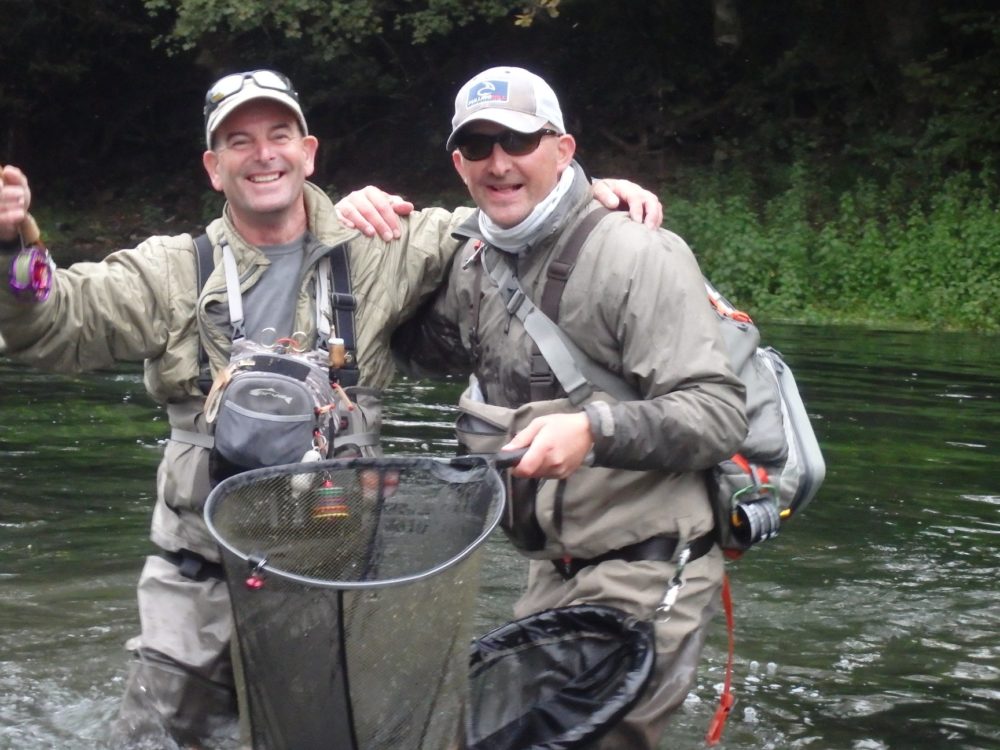 The Pliva is most certainly the more challenging river of the two, and reluctantly gives up its bounty. Larger solitary grayling can be spotted along the river and time and perseverance is upmost if you’re to succeed in landing a large specimen. I have to say the larger fish I hooked into didn’t grace my net but the time spent chasing them and the varying approaches will add to my Pliva repertoire ready for the next year’s Bosnia trip. 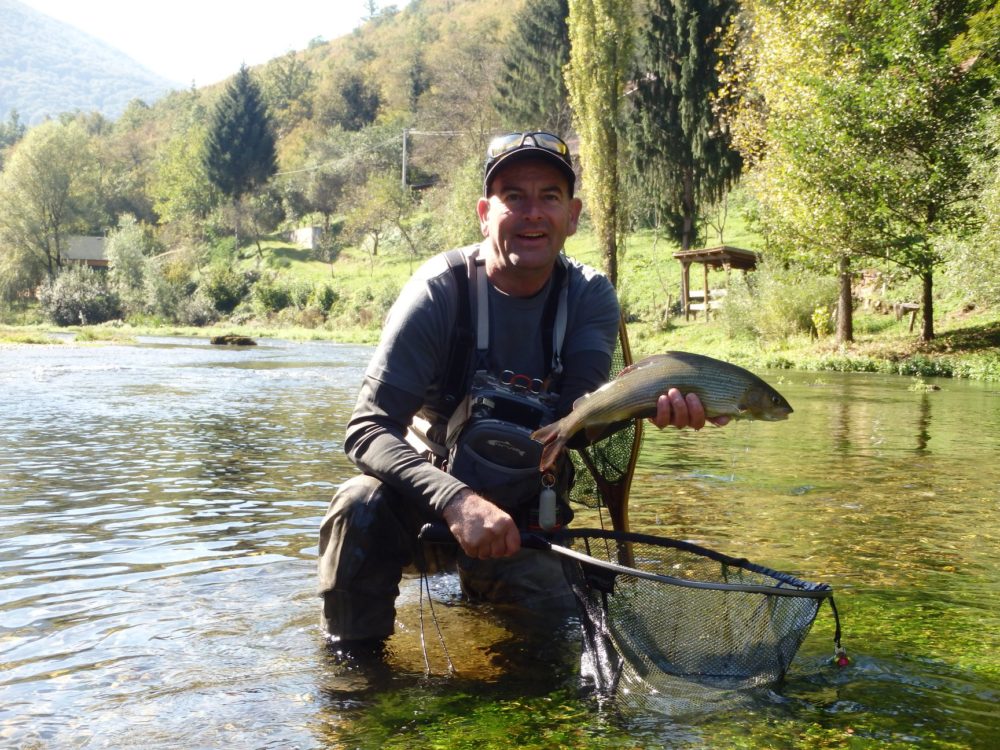 The week continued in the same vein with the group catching plenty of big fish, the real lunkers 4 lbs plus will have to wait for another day. Nonetheless, the whole week was magical, a great group of guys, exceptional Bosnian hospitality, guiding and as always great banter and fishing. It doesn’t really get much better. 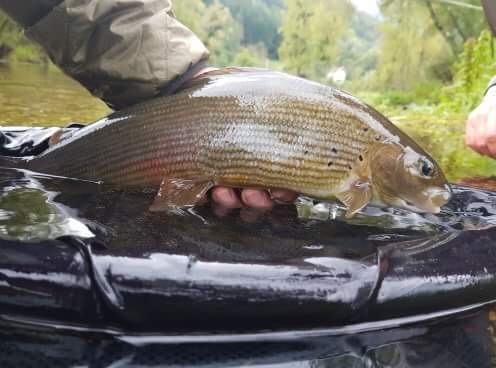 Bosnia is a fascinating country to fish in, beautiful countryside and rivers, and of course, plenty of fish to target. The fishing is enjoyable yet challenging as big brown trout and grayling have seen it all before but perseverance and the learning of some Bosnian methods will often unlock some success and maybe one or two new personal bests. If you would like to experience fishing the Ribnik & Pliva in Bosnia then get in touch with Aardvark McLeod who will be happy to help in search of that big fish.