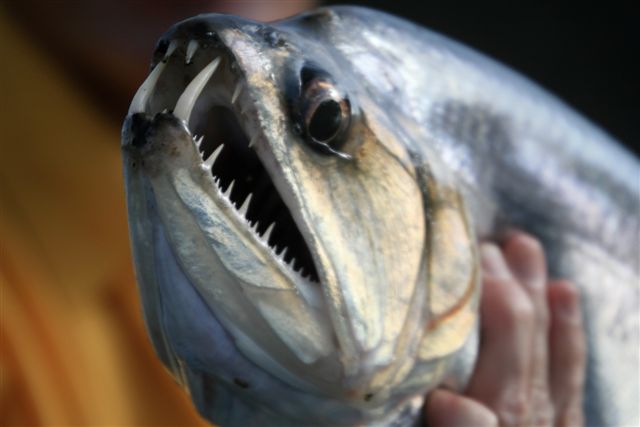 Venezuela normally conjures images of warm saltwater pancake flats, sight fishing for bonefish… but could that all be about to change? We are always looking for new destinations that push the boundaries of fly fishing and have been working on an exploratory trip into the Venezuelan rainforest after a much sort after species: payara. 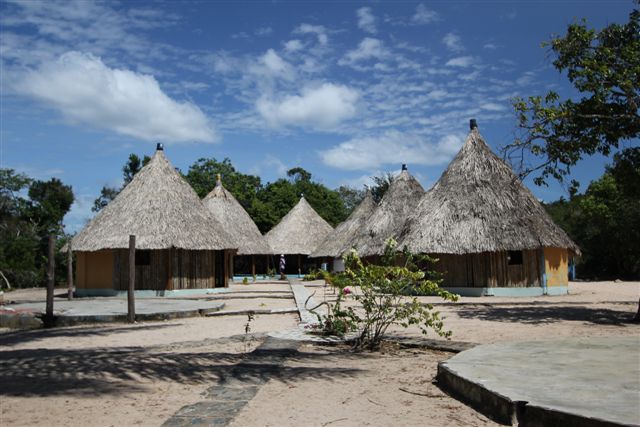 Travelling to this hotspot is not exactly easy and, like all special fishing destinations, involves a bit of a journey. Having arrived in Caracas and transferred to the domestic terminal, a one hour flight has you standing in the town of Puerto Ordaz in the Bolivar state. From Puerto Ordaz a three hour land transfer puts you on the banks of the Paragua River. Uraima Falls Lodge is reached after a further a three hour boat ride up river. This certainly blows away the cobwebs of your international flight, and finding fishing this good is always a long way off the beaten path. 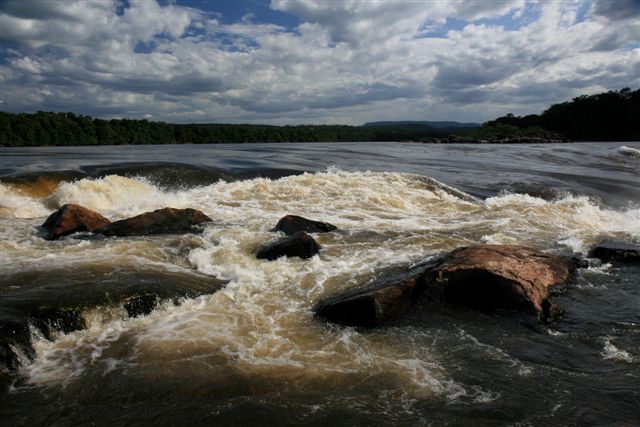 A number of years ago the owners discovered, with the help of the local Indians, what could possibly be the best hot spot for one of the least spoken about predator fish, the payara. The Dracula of the fishing world is found in a few other South American countries, but seldom in the concentrations that allow a fisherman to specifically target them. Normally elusive, one hears tales from other fishermen who have had encounters with these silver terrors. They are hugely aggressive fish with a toothy maw like no other. 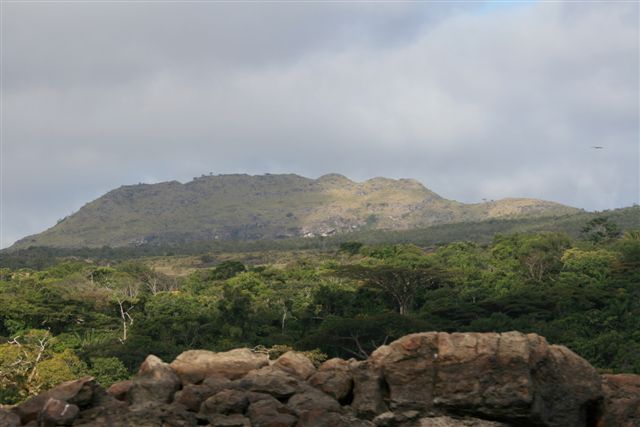 For three months a year the water level in the Paragua River drops significantly, and the payara migration begins as they move up the river system and congregate in a 1 ½ mile section to feed. The dropping water rings like a dinner bell as they chase the thousands of coporo and curvinata bait fish migrating upstream to breed. If they make it past the waiting payara they then attempt to jump the falls. Ian MacDonald, Fred Richardson and I stood open mouthed as we watched hundreds of fish of all shapes and sizes trying to jump the falls like migrating salmon. Every so often in the cauldron below, showers of fish would explode from the water trying to evade the terror lurking beneath. We all agreed we had never seen anything like it as these fish tried to jump the falls from dawn until dusk and through the entire time the payara pounded them. 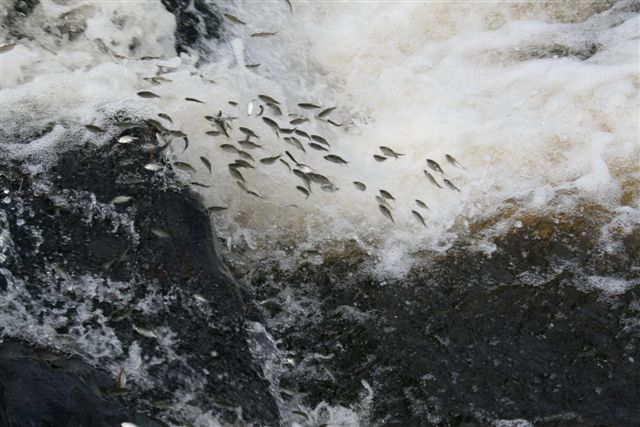 You fish from local dugout canoes called Curiares which ferry fishermen up through the rapids in the morning. Although there English is broken we found we got on well with them and they knew where the fish were. The Curiares are equipped with Yamaha 40 hp outboards and provide a surprisingly stable fishing platform or taxi to the next fishing spot on the banks. Payara are one of the most aggressive freshwater species I have had the pleasure of fishing for, and give even large tiger fish a run for their money. Their unique fangs and needle like teeth are also equipped with a slicing edge that chew through flesh like a knife through butter. The fangs on the lower jaw slot into large holes in the upper jaw, and if a fang is lost, like a shark, another comes forward in the jaw to replace it within a few hours. 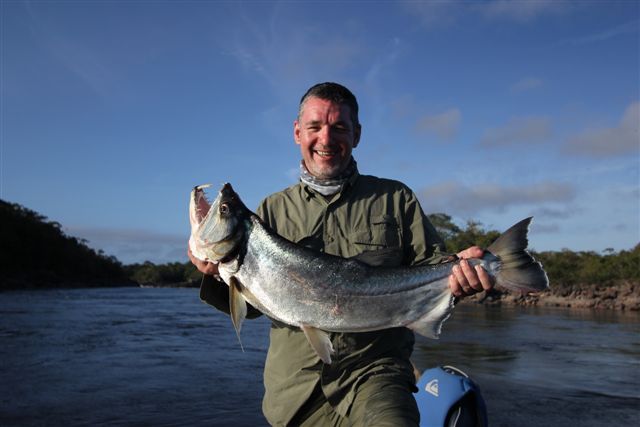 If you are planning to fish here bring a large supply of terminal tackle as these fish will chew up flies, wire leaders (I had a titanium leader bitten clean through..), and even Rapala lures. Lures would come back chewed to pieces with tooth imprints all over them and even the odd fang sticking out! In one instance one of the guides leant over the side of the boat to unhook a fish which refused to come to find it had sunk its fangs into the hull and was securely fastened! It had to be pried off before being unhooked and released. Payara tend to hit the lure or fly side on in a slashing motion and then just go nuts, charging off across the current and performing extraordinary acrobatics. They run like a bonefish and jump like salmon and we were all astounded by their speed and power. 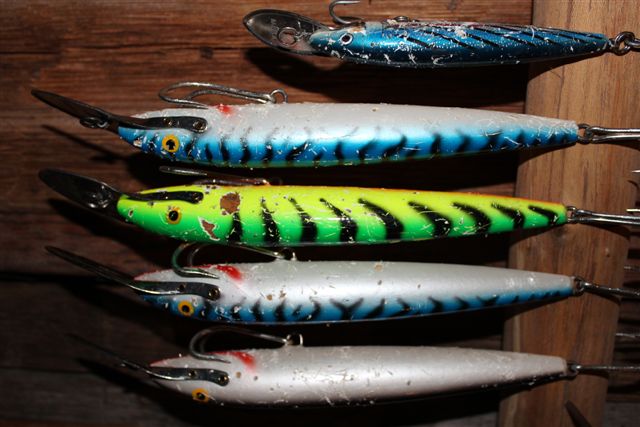 Uraima Falls must be to payara fishing what La Zona has become to dorado fishing. As the days progressed our suspicions were confirmed. The three of us banked or boated 210 payara in four days of fishing on a combination of fly and lures. We estimated our conversion rate was somewhere in the region of three to one of hook ups to landings, so heaven knows how many we hooked. Fish of note were three fish of 28 lbs, 24 lbs and 22 lbs respectively, and most of the payara are between 8 lbs and 12 lbs. Uraima Falls holds the current IGFA records for payara at 39 lbs and 4 oz which we found unsurprising. 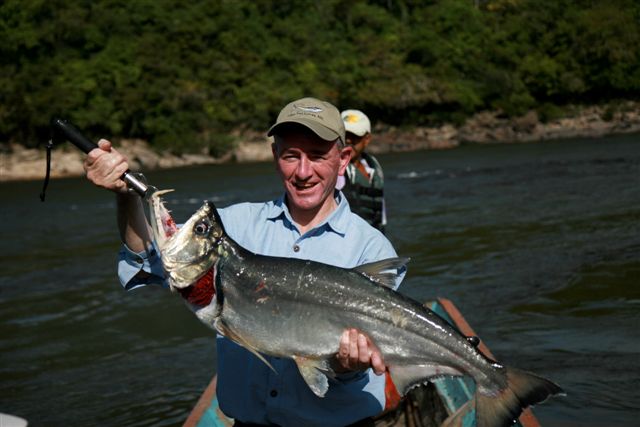 It is important to note that if you are thinking about going you should not only take fly fishing tackle as I did, as these waters lend themselves particularly well to lure fishing. If you are going to concentre entirely on fly fishing you may find yourself becoming a little frustrated on your return to camp as you hear of your fishing partners exploits. For fly fishing, depth was the key as the river is powerful. I used an assortment of 9# through to 12#, my weapon being dictated by the line densities they could handle. A 350 to 450 grain head could be handled on the 9# and the 10# respectively, but for the 550s and 600 grain heads I used my 12# for better line control and ease of casting. The business end was 40 lbs fluorocarbon leader directly to 40 lbs wire. Fly choice again is dictated by size, and nothing with hooks under 4/0, and up to 8/0. I had most success with some tuna baitfish patterns I had brought.  In some ways the larger the hook the more likely the fish would stay on. Being particularly savage payara are tricky to hang onto on the fly, but well worth the effort! 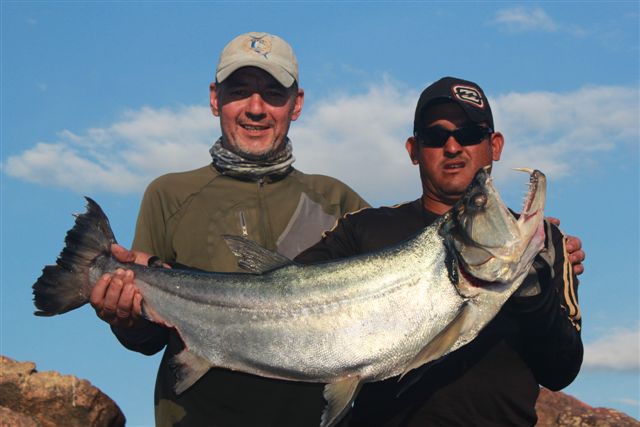 The lodge itself is amazingly comfortable considering its location. There are six double rooms constructed in typical Venezuela palapa style with palm thatch roofs, each with ensuite bathrooms.  A communal palapa provided a bar and dining area, along with an afternoon siesta palapa strung with hammocks to retire to. There is a generator that provides electricity from 0530 to 2200, and although we were right in the middle of the jungle there were surprisingly few insects and a distinct lack of mosquitoes. A cool breeze through the rooms at night kept the temperature comfortable. The staff were friendly and attentive and the food was a mix of local cuisine in good quantity and was very good. 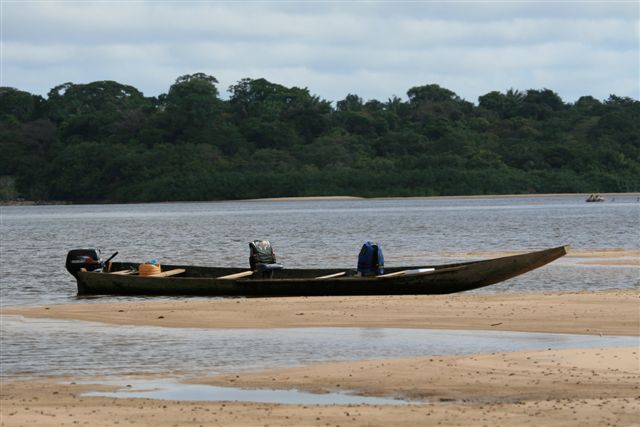 We are running three, five and seven day trips which start from £1,200 not including flights, and it will be the perfect add on to a Los Roques bonefishing trip for the adventurous. Please contact Peter McLeod for more information.