It was absolutely fantastic to be back on Farquhar for the start of our 2011/2012 season. Expectations were high to say the least after the fantastic fishing we experienced last season. Our guests for this week were Craig Anderson and the gang, most of whom have fished with us on numerous occasions…we were sure to have a super week!

No sooner had we arrived on Farquhar and run through the guys tackle, they decided to take a stroll around North Island with rods in arm whilst we prepared the tender boats for the week ahead. Even though the arrival day is not classified as guided fishing day, Craig Jensen promptly landed a 97cm GT, with the rest of the guys landing a good mix of species including nice sized Bluefin Trevally and some solid Bones. If this was how things were going to start, we were in for a real treat. 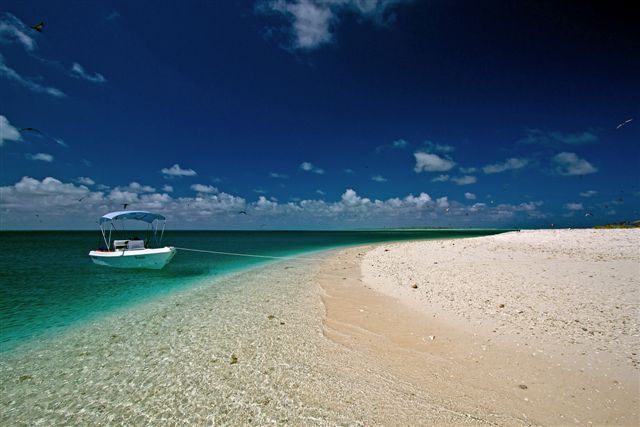 First full day on the flats and Grant Dryden landed an impressive GT of 114cm, with another 5 coming to hand amongst the group before the days end….not bad for a neap tide you might say. What happened on the second day however cannot be described accurately enough with words. One of the groups had chosen to fish around Goulette and what they witnessed will be forever etched into Farquhar folklore. After seeing some enormous explosions just off the flats and some initial guessing, the group was soon to realise that it was in fact enormous GT’s launching themselves out of the water trying to bring down the low flying Noddy Terns which were returning to their island after feeding out at sea. On more than one occasion the guests witnessed birds going down….hard to believe but believe me it happened. That day 5 good sized fish were landed, with Mark Jensen pinning another trophy of 109cm. The mayhem continued for the next 2 days with 7 more GTs being landed and many more lost. Farquhar and Goulette in particular were on fire! 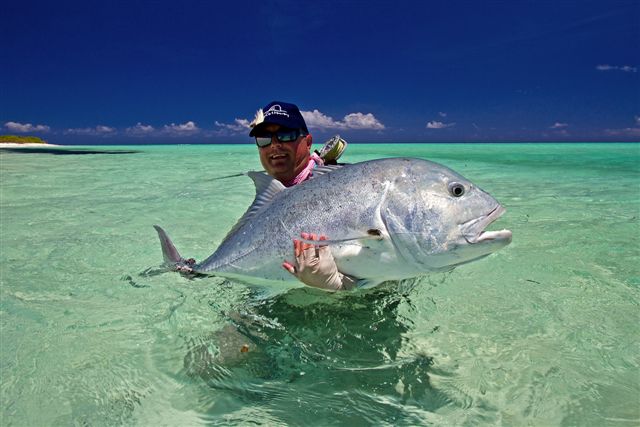 Not to be outdone, Dipose consistently produced the goods and handed Craig Jensen a gorgeous 120cm GT, but the fish of the week went to Mark Jensen who muscled in a 134cm monster! To say we were being treated to a GT feast is the understatement of the lifetime! On the species front, the Triggerfish were unusually scarce and skittish, but with the tidal levels and our focus on the GT’s that is to be expected. We did however manage to land two really good sized Bumpies during the week, with Craig landing a fish of 45lbs and Grant one of about 20lbs.
What a way to start the season! Forty one GT’s, seven of which broke the meter mark and many more in the 90 cm range. Nothing gets us more excited than getting guys hooked into quality fish, and if the season continues on the way it has started, our guests are in for one hell of a season. Brad Hyman