The third week of the season kicked off with a group of guys from Mavungana Fly Fishing from back in SA. For most this was going to be their first taste of saltwater flats fishing, so as you can imagine they could barely contain themselves! Due to weather conditions experienced on the atoll we did run into patches of warm water, however with good planning and persistence a number of good quality target species were landed.

Good numbers of Triggers however continued and after having a couple fish follow the fly, Jonathan and Philip managed to set the hook into tailing fish. Both had pin point accurate casts using crab imitations and after one short single strip their fish dipped and they came tight. On!!! Congrats to both chaps! 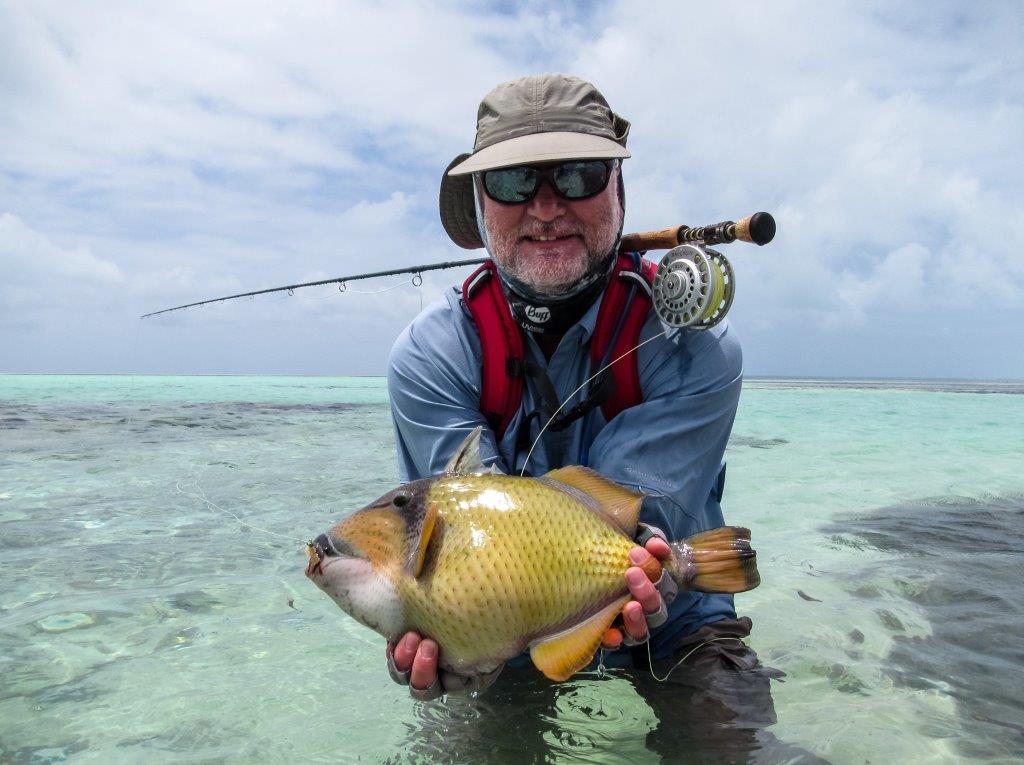 Some Bumpies made their appearance on our catch cards. Craig landed the first on Day One and Trevor’s spectacular 108 cm fish coming to the net on Day Six. Needless to say they were certainly not the only fish encountered during the week, so as is the norm now on Farquhar the evening drinks discussion never failing to include our big blue friends! 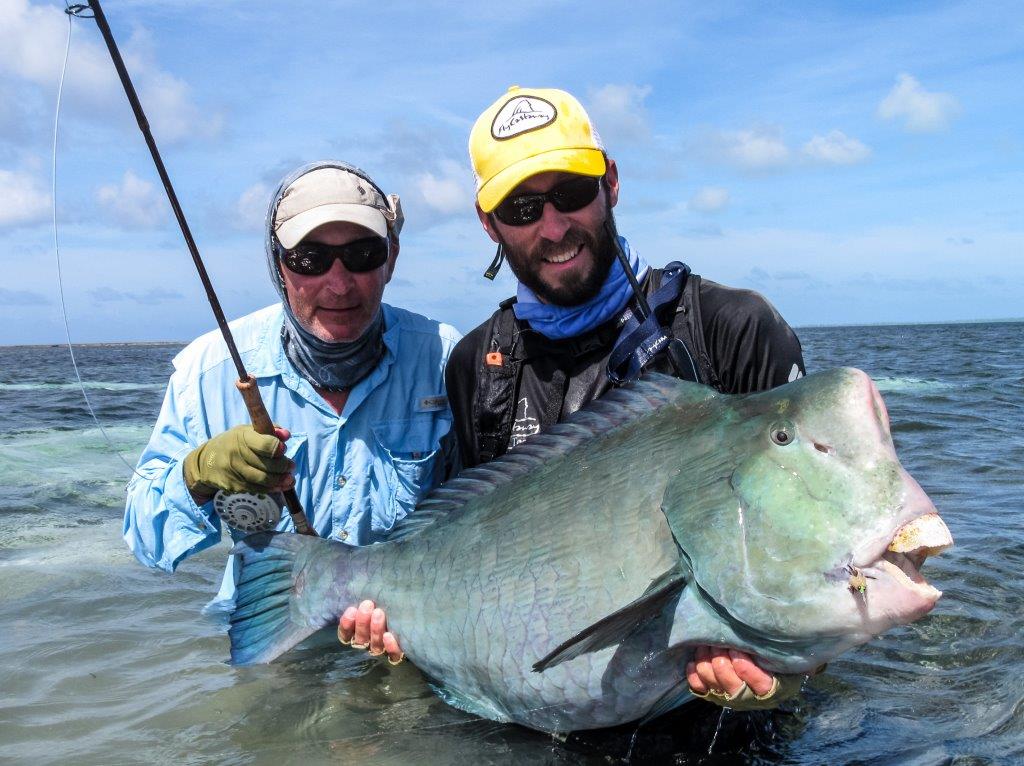 Despite often being overlooked Farquhar’s ever present Bonefish were certainly one of the highlight on this particular week. With the tides we had for the week, many of our anglers enjoyed casting at copious numbers of fish tailing in super skinny water. A couple of really good specimens were landed some tipping the scales at 8lb …. definitely not fish to be sneezed about! It was great fun and a healthy reminder why these fish are so highly rated amongst the saltwater angling community. Honest, powerful and extremely fast they are built for a fly rod! 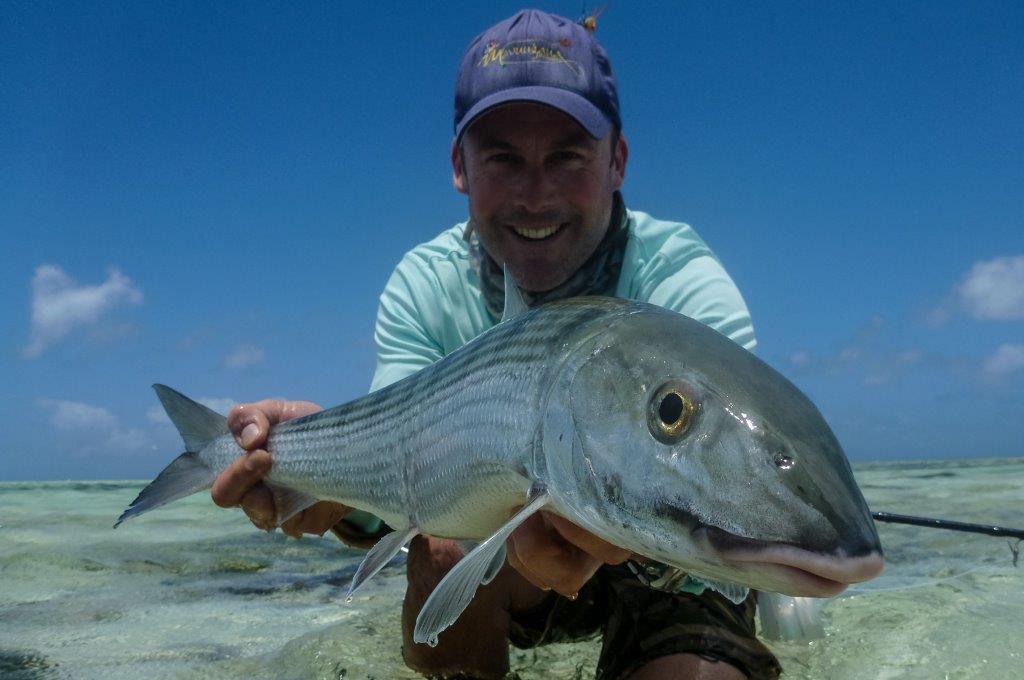 The GT’s sadly were few and far between on the flats, a huge population of Swimming Crabs having accumulated offshore enticing many of the atoll’s notorious predators away from the shallows. Nevertheless, Jonathan Boultan took full advantage of the shots that were presented and managed to land three GT’s, one of which broke the meter mark and earned him the highly coveted red GT cap. 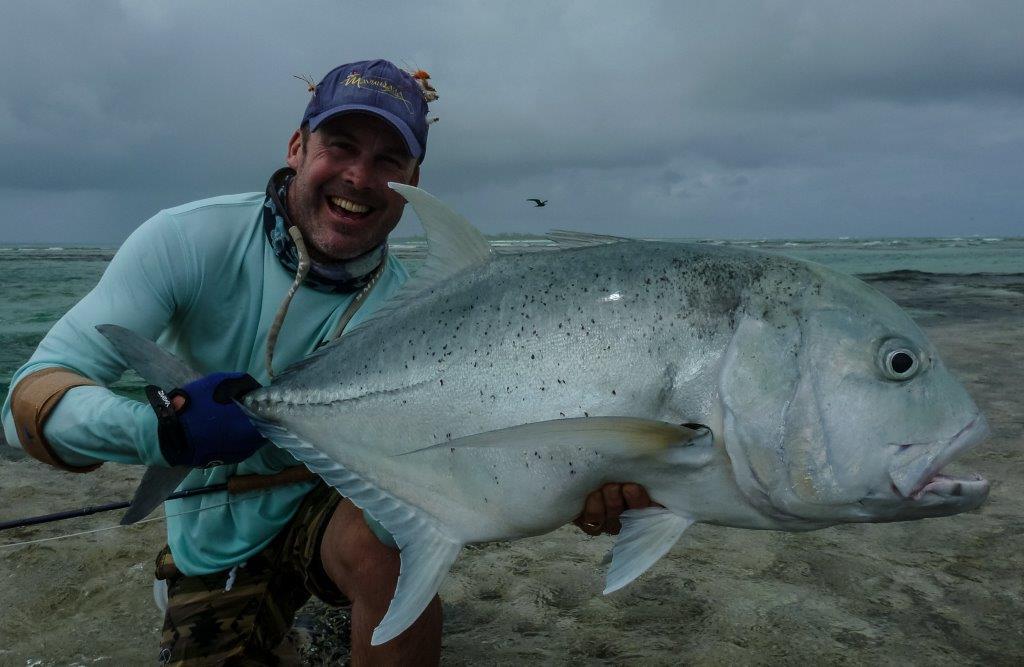 With high tide towards the end of the week occurring in the mornings many of the groups opted for a spot of pelagic fishing offshore. Once again the atoll showed its impressive diversity with over forty Sailfish being raised, most of whom seemed dead set on eating the flies! Subsequently Rory, Craig and David all landed their very first billfish. As you can imagine there were smiles a plenty! The highlight however must go to the double header that Jonathan and Craig M landed at the same time. Can you imagine the chaos on the boat as two angry billfish tail walked across the horizon with hooks attached. It was priceless, the photo summing it up perfectly! 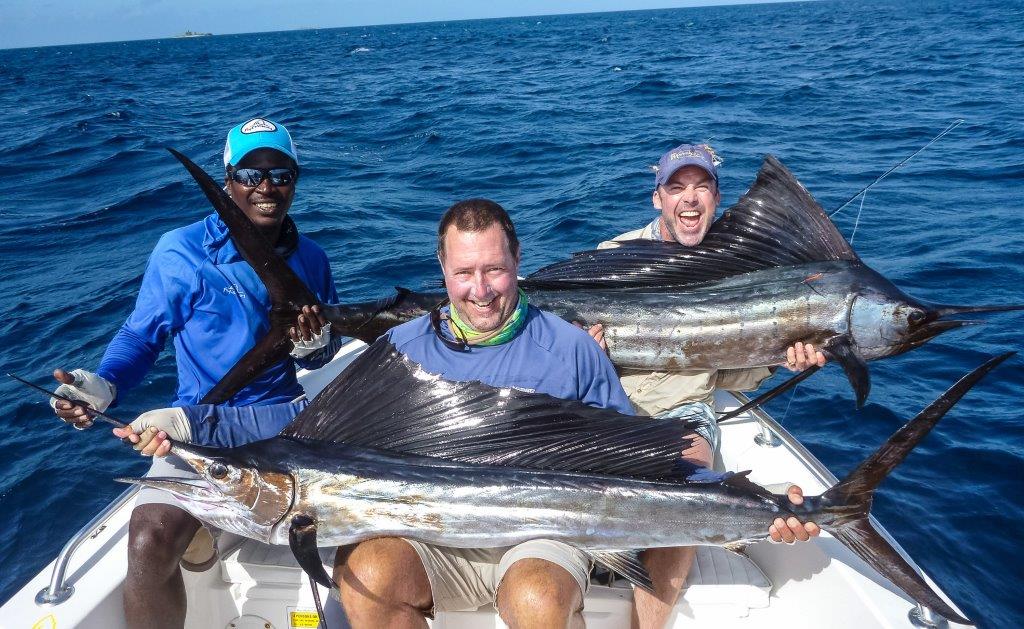 We would like to thank each of our guests on the week for the attitude and enthusiasm. You made the most of every day and the results showed!
Until next week