It’s the end of week 5 on Farquhar and morale amongst the guide team is high. The boys have worked hard to produce great fishing for our guests and this week was no exception.  It must be said upfront that the GT fishing was tough, and while we saw plenty of fish throughout the week, converting shots to fish landed was tricky for a number of reasons. The fish that were hooked often managed to escape, breaking fly lines and leaders over razor sharp coral. Those that questioned the 130lb leader at the beginning of the week soon understood that it was still fair game, perhaps leaning more in the fishes favor. Despite these challenges we still managed to land six GT’s for the week…. you’ll forgive me if I care not to mention how many were lost. 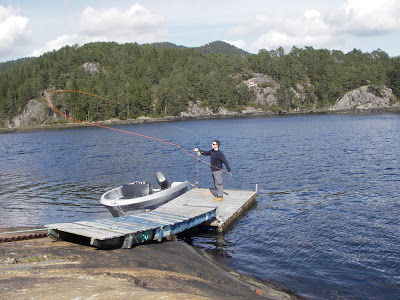 Jamie Hammond opened the scoring, following up the next day with his second for the trip. Larry Wasserman got his fish not long after Jamie’s second fish. In fact, it was so soon afterwards that I thought it could be the fish we’d just released. But the fish was swimming towards us and without too much time to dwell on it Larry put a cast in which produced a lovely, pewter GT of 87cm. 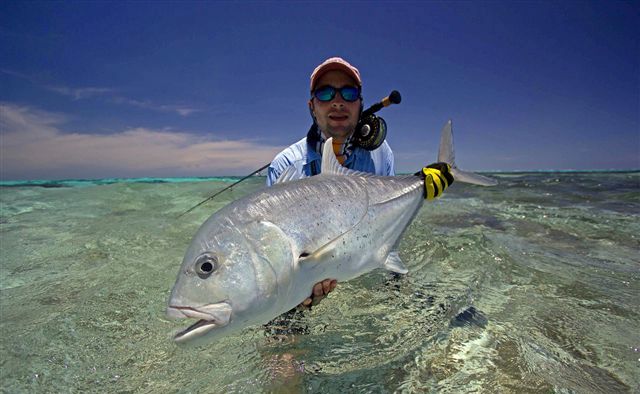 On the very last day our two Russian guests landed three fish right in injury time, emphasizing the importance of trying right until the end. Boris landing two with Alexi eventually getting an extremely anticipated single!!!! The rest of the group had their hearts broken by many good fish. One tragedy that springs to mind is Chris Francis’ GT that broke him off in the coral. We’d found a group of mating nurse sharks, with a shoal of tailing GT’s feeding around their commotion. Chris put an impressive cross wind cast into the fish, and half a strip later was into a good fish that promptly roasted him. Before we could replace the leader and fly, the marauding fish had moved to greener pastures. 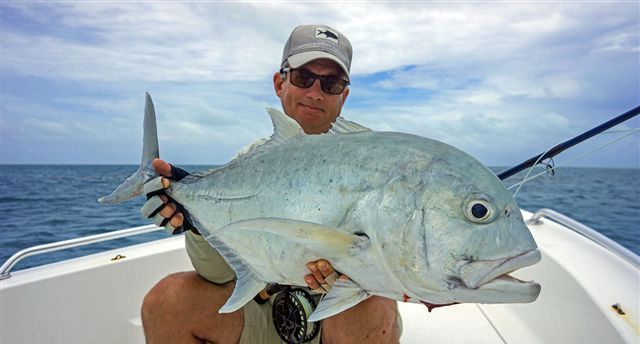 In between these moments of frantic GT fishing anglers took advantage of some other exciting opportunities we had run into, including Bumpies and two Sailfish. 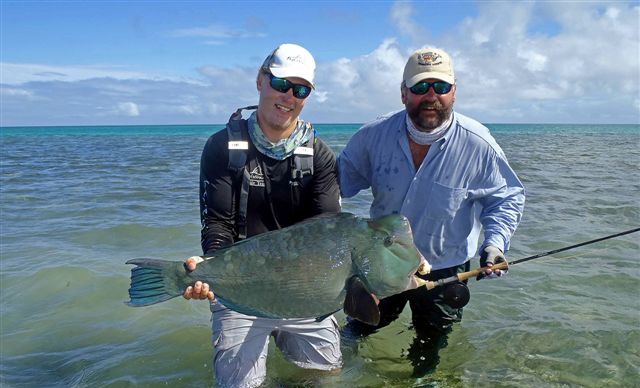 Till next week
James Topham 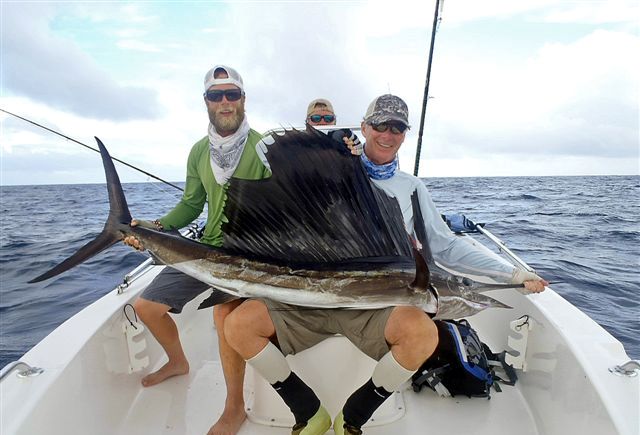