It’s Week 4 at Farquhar!  The day the plane lands is the set us aside for routine maintenance and other administrative we have to tinker with boats and prep for the week ahead. While we busied ourselves with these tasks, three of our repeat guests Chesney, Paul and Rob took a walk around the island, rods in hand. 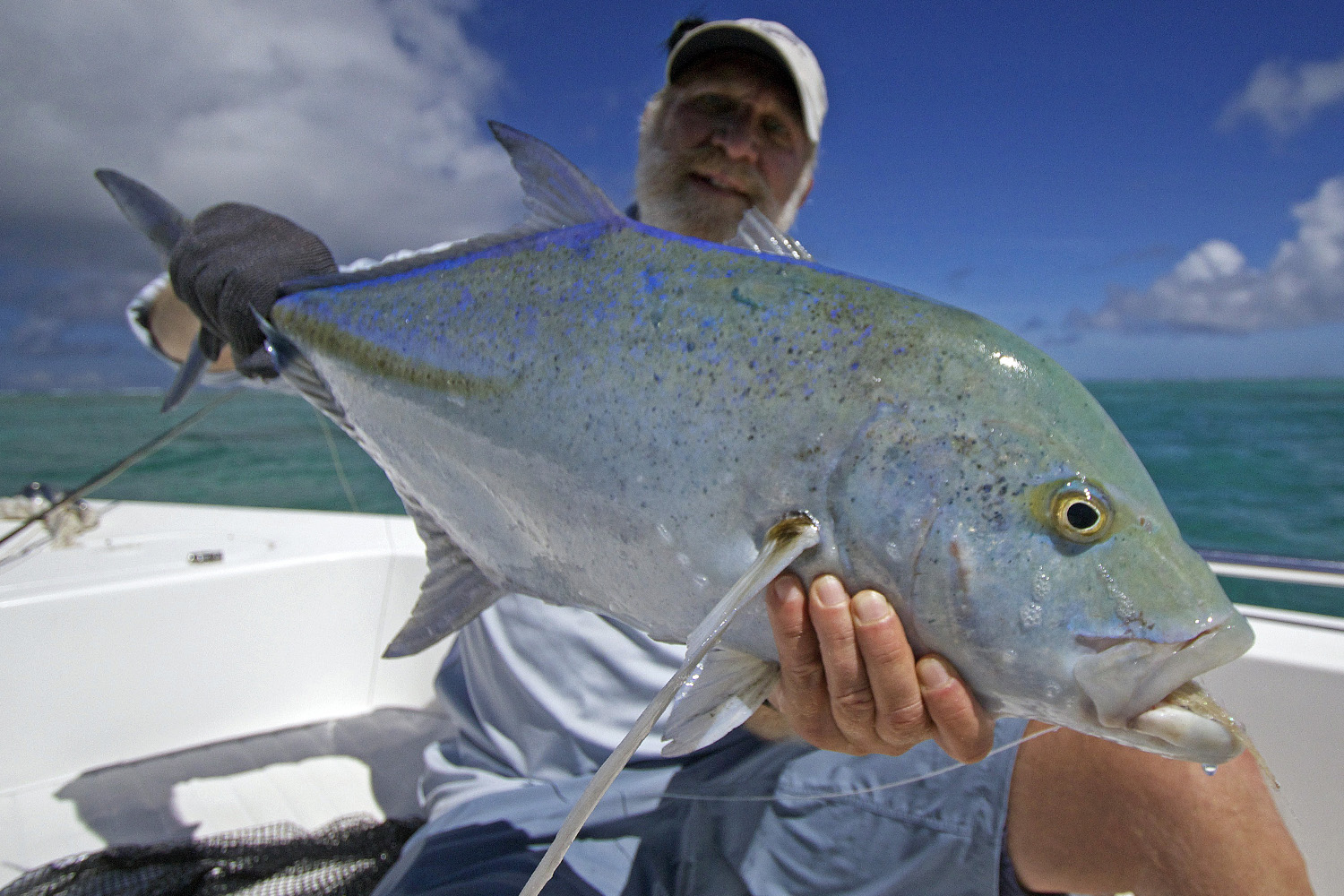 Ches opened the scoring with a GT. Just like that. When they returned from the walk and we asked them how it had gone, we expected the usual. A couple of bones, a bluefin trevally maybe… We were pleasantly surprised however when he told us about the nice GT he landed. Things like that tend to happen when you walk around with Rob Ramsey on Farquhar, the guy’s like a fish whisperer. The stage had thus been set and we were super excited to get out onto the flats with them and the rest of our new English friends who were fishing Farquhar for the first time. 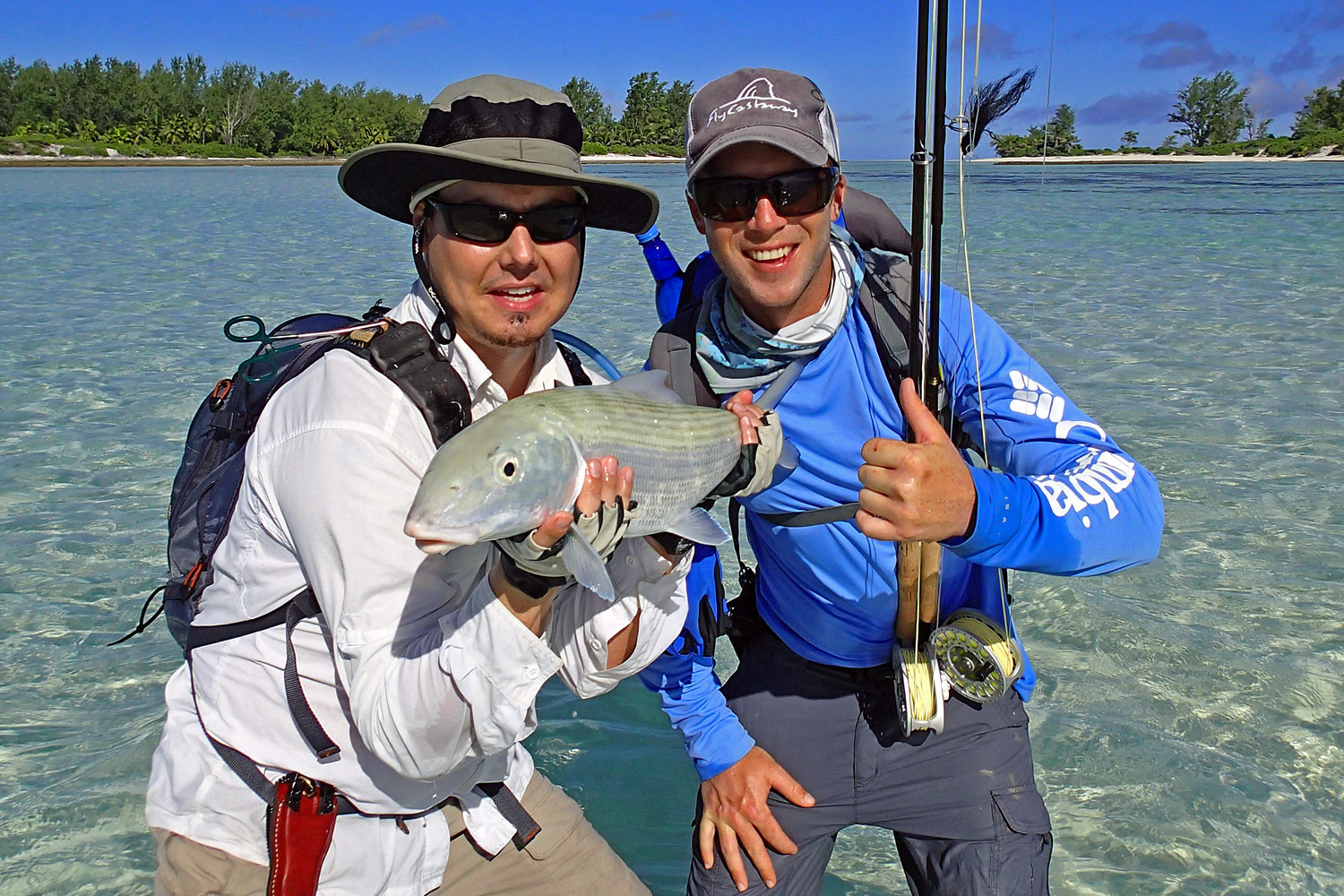 Ches was on fire this week and on the first guided day, his first cast provided what would end up to be the largest Bonefish of the week, a fish which was close to 9lb. He then mentioned that last time he was here he didn’t manage to land a Trigger and that he really wanted one. A couple minutes later he casts to a large Yellow Margin Trigger, the fish eats the shrimp without any questions asked and Bob’s your uncle. The next day Paul said he’d loved to catch a Bumpie…..guess what… permission granted. Paul didn’t give fish a chance! 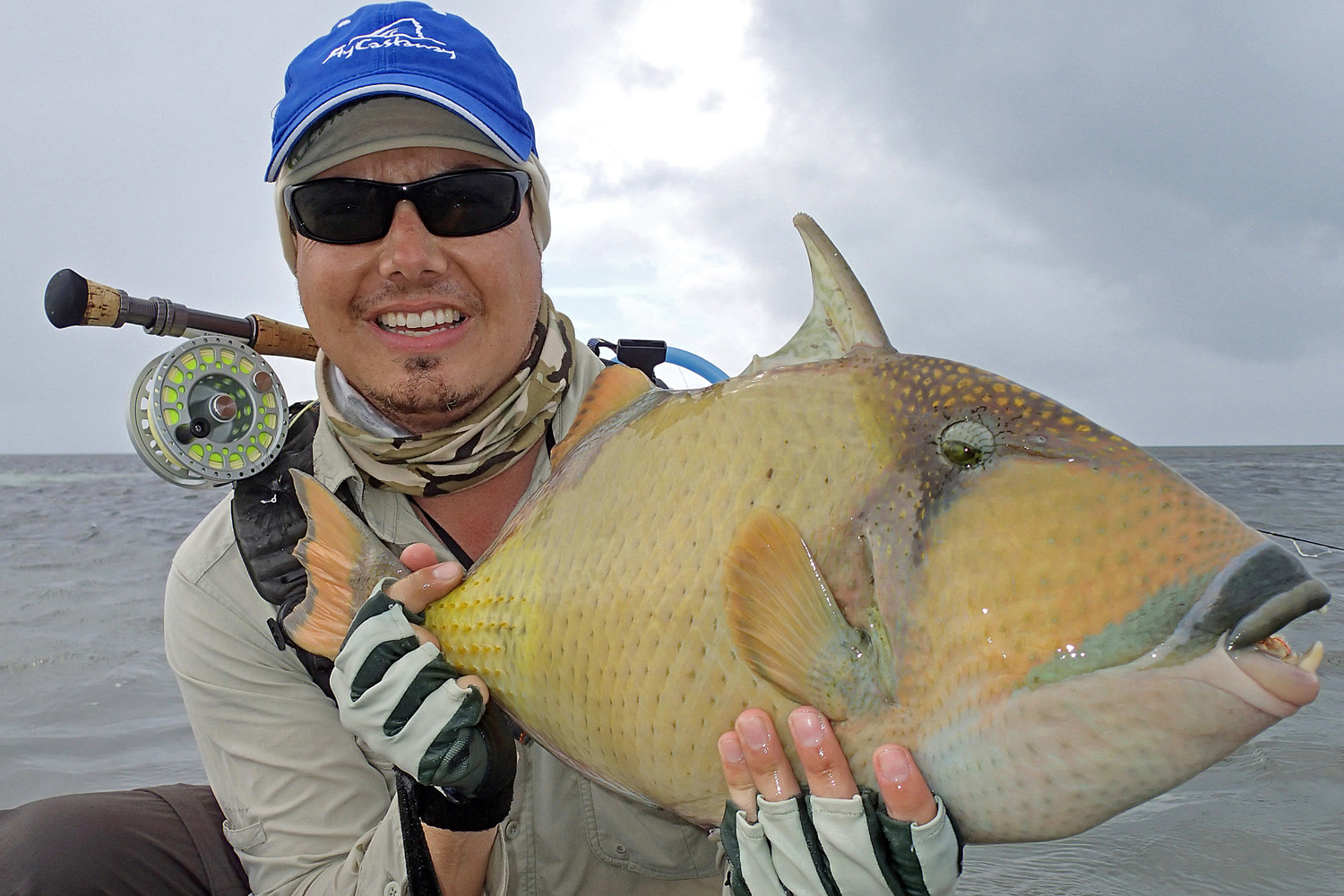 Sadly however the weather then deteriorated slightly over the next day or so, but we didn’t let that stop us. Guests and guides stuck to their task and Farquhar showed yet again that even in tough conditions there are enough areas which hold a huge variety of eager fish species. Added to this we knew that when the weather broke we’d have fresh water and the GT fishing in particular would pick up. What we didn’t know was the quality of fishing which was in store for us on the last day. 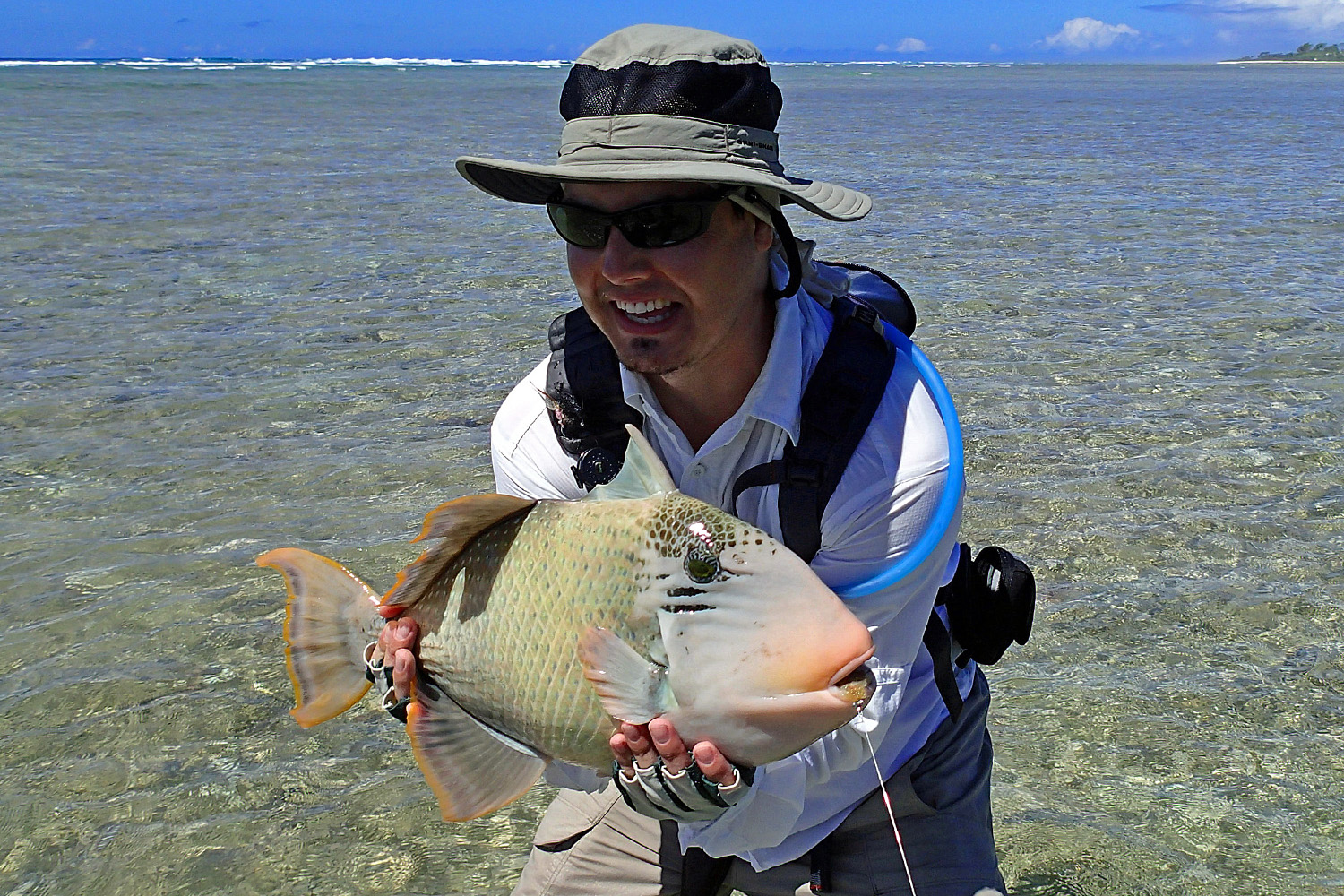 The weather broke and on the ride out to the flats in the morning the water was bluer and cleaner than I can ever remember it being…it was time to cash in and cash in we did. Jim lost a HUGE GT when his fly line popped on the initial run, which was hugely disappointing as Jim had done all the right things- textbook GT fishing. Scotty’s guys had a great day, landing 3 GT’s after seeing dozens of the fish on rays. Tony Good (83) landed a GT on a 9wt. Giles landed a Bumpie and a GT, Chez got another GT. The final tally was 7 fish on this one day along with another 8 fish missed or lost. Not a bad day in anyones book! 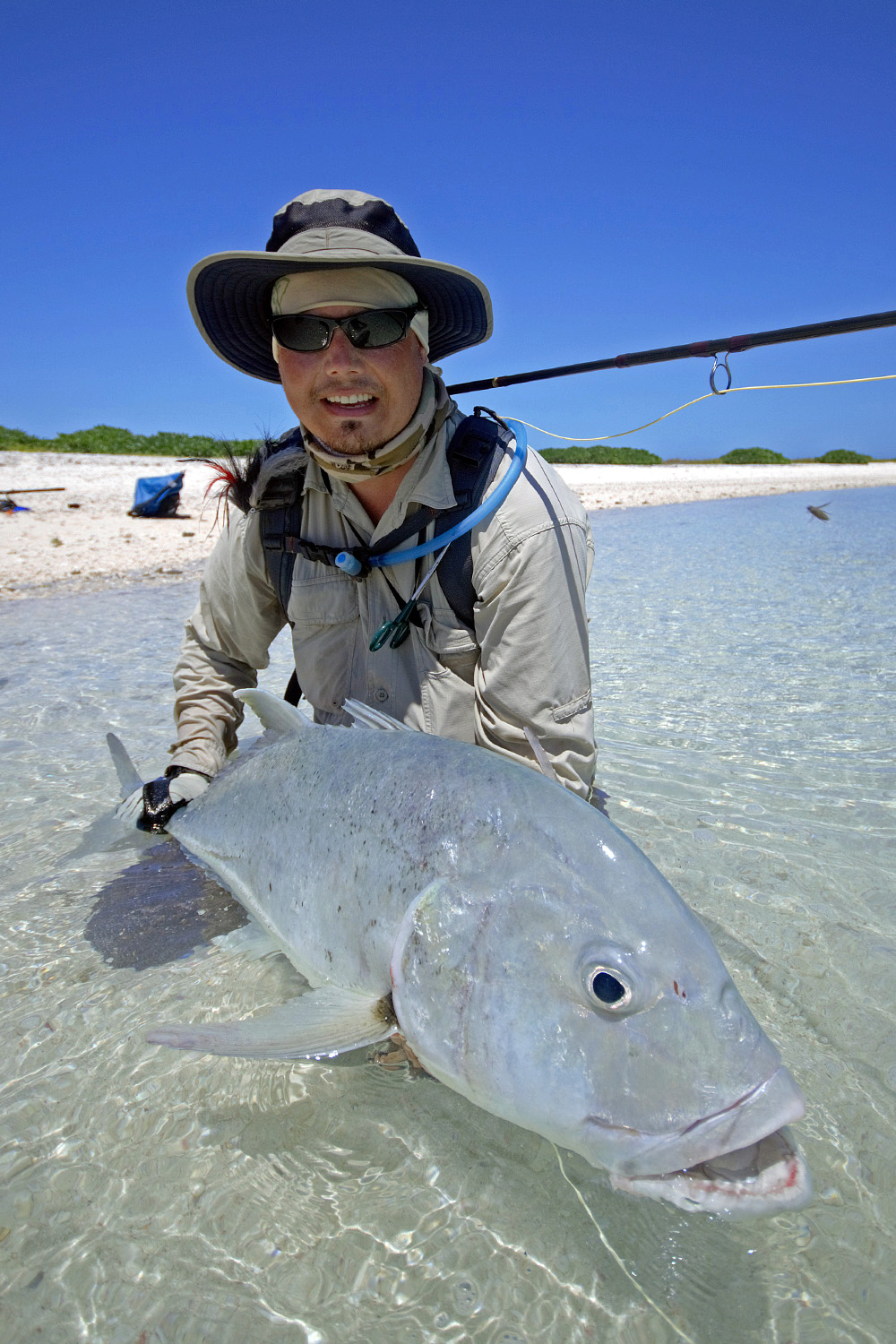 Here’s hoping the weather remains as is for the next few weeks…we have a feeling the atoll has plenty more in store for us this season.
Will keep you posted, James