For many of our guests on our 7th week of the season, this was their first time wading the remote flats of the Indian Ocean. This is always an exciting prospect, as we know the first one and the fish our guests will encounter will always be special and remembered forever. On day one Jeon started things off by ticking off his first bonefish and to his credit later in day managed to trick a cunning little triggerfish. Not a bad start considering it can take an angler multiple trips at any destination to land one of these hook-crushing critters. Greg Sr then landed an impressive 9 lbs bonefish, whilst Sidney got a monster yellow margin triggerfish to eat and after a great fight brought it to hand. 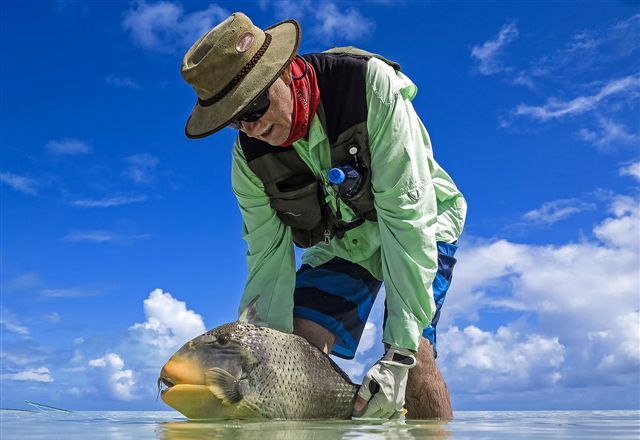 Greg Jr made sure the GT scoreboard was up and running by landing his and the weeks first GT. It was a solid start to the week with some great memories being made. Conditions looked prime on day 2 and we all had high hopes as the boats putted out away from the lodge after breakfast. As the day unfolded it was becoming clear it was just going to be one of those days. We were seeing fish for sure, but for some reason, which only Neptune will know, we were just not converting. This was hugely disappointing for all the guides as we really wanted this great bunch of guys to get into the swing of things early doors. The guys to their credit stuck to their guns, with Evan in particular being rewarded by landing two GT’s as well as one of Farquhar’s infamous Napoleon wrasse. Well-done Evan. 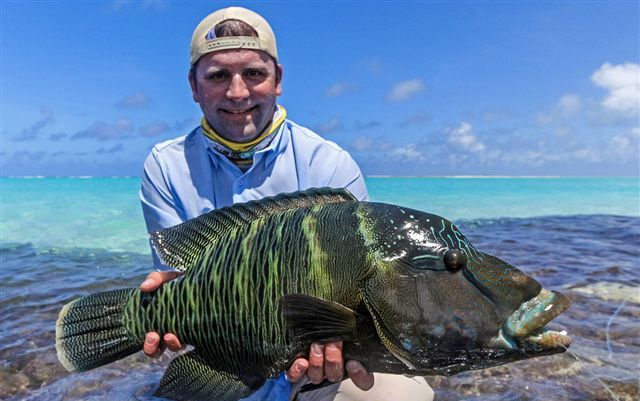 The third day started with some heavy cloudy cover that made the day fairly tough, as sight casting is the name of the game out here. The flip side of this is the water on the flats stays nice and cool which for Bonefish is always a blessing. Rob and Sidney together with their guide Brendan cashed in and had an epic bonefish session with plenty of good fish being caught. 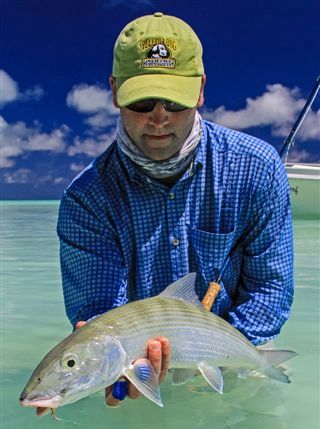 The weather on day 4 had improved and again we headed out with high hopes. Greg Jr got the ball rolling nicely by landing an angry 30 lbs black tip reef shark. Later that morning he and Jim had some great technical bonefishing as well as some great shots at the highly prized but finicky Indo-Pacific permit which call Farquhar home. 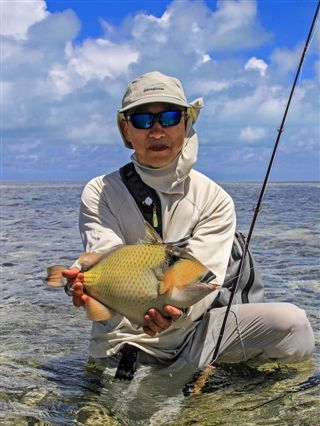 Sydney and Frans cashed in on the great bonefish we were being treated too and between them they must have landed around 20 fish. The bumpheads were, as per normal, around in good numbers, although to date they had evaded us. Evan however showed one real tenacity that was reward with a great fish and another first. His brother Greg Jr stepped up again by landing his second GT of the week as well another very cool Napoleon wrasse. Yuzo then put his 9# outfit and 17 lbs tippet to the test by landing a 50 lbs bumphead parrotfish! 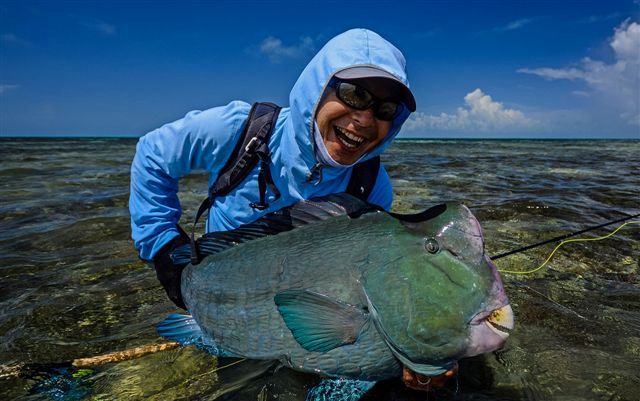 And thus our week drew to an end. In truth it was challenging at times but a week that had offered good shots at all the major target species. Despite that, we still managed to land 4 x GT’s, 2 x triggers, 2 x napoleons, 3 x bumpies and lets not forget some cracking bonefishing.

Thanks to everyone on the week…we thoroughly enjoyed our time with you.
Until next week,
Brad and the Farquhar guide team